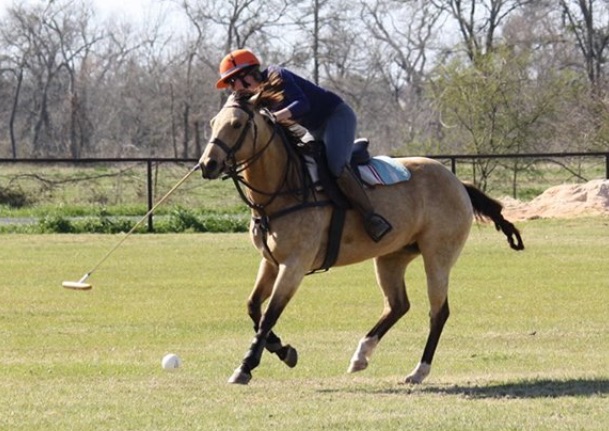 The “Sport of Kings” is more accessible than ever. Here’s why you should try it today.

What started as a weird experiment in the name of journalism has altered my life in innumerable ways. I attended polo school — Recap 1, Recap 2, Recap 3 — participated in my club’s beginner league last fall and competed in my first tournament last November. This month I will celebrate my one-year anniversary of playing polo. Here are my top reasons for continuing to pick up the mallet and hit a few:

7. Described as a mix of horseback riding, hockey and soccer — polo has a tremendous amount of physical benefits. Polo is known to improve hand-eye coordination, upper body strength and postural strength, among other things.

6. A player once described the game to me as “high stakes chess for adrenaline junkies” and the description could not be more apt. Strategy is king in polo. Predicting your opponents’ and team member’s every move is a valuable tool that will, no doubt, take me years to hone.

5. It has definitely improved my seat. As an event rider, I often became stuck in my own head about perfecting my body positioning and my riding suffered from that nagging anxiety. Playing polo, the action is too quick to think about much. You also have to twist, turn, bend and reach for the ball from the saddle … without falling off. A positive side effect is that my seat is better than it has been in years.

4. Free food and booze. I’m not going to sugar coat this: polo players know how to party. Beers around the cooler are common after every practice and champagne and hors d’oeuvres or BBQ are the norm after every big match. My current league is called the “Margarita League” for good reason.

3. It gets you on a lot of horses. I lease horses from my polo trainer and, though I can occasionally request favorites, I never know what horse I will be riding on any given day. Tall, short, round, skinny, Thoroughbred, Quarter Horse, old, young, catty, lazy … I’ve ridden them all. Learning how to adjust my riding style for each horse in the span of minutes — generally you only have time to personally warm-up your first horse of the day! — has done wonders for my courage.

2. The camaraderie is priceless. Polo is a team sport. Friends, couples and families can play with or against each other and talk about it for hours after the day’s final chukker.

1. Winston Churchill once said, “a polo handicap is your passport to the world,” and he was right. I’ve had great conversations and shared meals with people that under no other circumstance would I have met. I hobnobbed with polo royalty at last year’s U.S. Open and trained in Jackson, Wyoming. I’ve interviewed top players in the sport: Melissa Ganzi, Sunny Hale and Nic Roldan. Polo has opened doors to an international network of polo clubs, players and new opportunities.

Have you tried polo? Give me a shout in the comments!