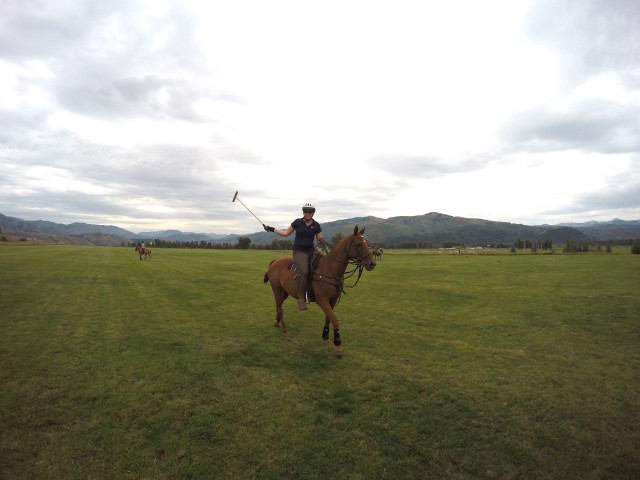 Six months ago, I bought into the cliché that polo was the “sport of kings.” I believed it was too black-tie, too posh and too expensive for my little Texan cowgirl heart. Then I had the great pleasure of going to a 2-hour mini clinic hosted by the Houston Polo Club and all my misconceptions fell away.

Since then I have attended the U.S. Open held in Wellington, Florida and been named the MVP of my 8-week polo school. Check out my School of Hard Knocks recaps #1, #2 and #3. The next step in my addiction was participating in the summer league held in Houston and heading off to Wyoming for my first destination polo vacation. Three of my fellow polo addicts came along for the ride.

We landed in Jackson, Wyoming, where you deplane directly on the runway. At first I thought that meant the airport was too small to warrant Jetways, but in reality I think it is the best marketing campaign ever created. As soon as you get off the plane, you see this…

It looks fake, but it’s not. Photo Courtesy ia-kapa.com

After hustling into the airport terminal – the temperature was a frigid 60°F compared to Texas’ 103°F – and a run in with a disgruntled rental car attendant – he who shall not be named – we were on our way into Jackson. We passed up the infamous Cowboy Bar and headed straight to the Snake River Brewing Company. I’d like to tell you I remember which beers I tasted, but with 96+ listed on the menu – and the fact that they were all really good – I have no clue. I paired my brews with a huge plate of bar fries because … nutrition. Afterwards, we hightailed it to our rented condo and hit the sack.

The next morning, we prepared for our first full day of polo. Arriving at the club just slightly behind schedule – Who knew a two-road town would be so hard to navigate? – we found the familiar sight of Mark Prinsloo from the Houston Polo Club.

The next few days consisted of mallet exercises, riding drills and plenty of practice chukkers. I rode three horses over the course of the week: Jack the Ripper, a Palomino gelding, Roller Derby Wendy, a bay mare, and PanCheetah*, a Chestnut 8-goal capable mare.

*PanCheetah, if you’re reading this, I know this is how you pronounce your name and not how it is spelled. Sorry, my friend.

As usual, all of Mark’s horses performed magnificently. Roller Derby Wendy was particularly awesome at teaching me not to fear the “ride off,” a defensive maneuver where you plow into your opponent’s horse to steal the ball. Wendy lives for the ride off and she’s not afraid to throw her, rather substantial, weight around.

Jack was his usual cool-headed, all-around self, and PanCheetah’s sharp turns and sudden stops – because she was tracking the ball on her own accord – improved my seat dramatically.

Check out some of the action from my ride on PanCheetah: 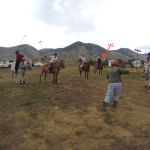 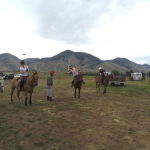 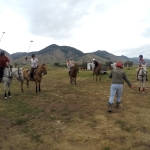 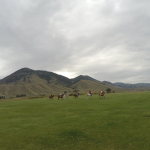 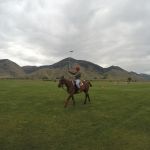 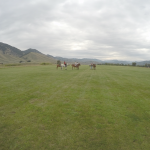 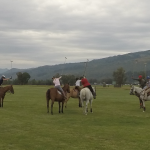 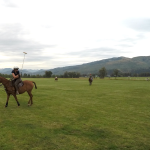 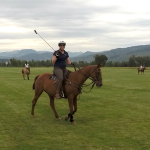 In between our morning and evening riding sessions, we were given free rein on Jackson. While I spent two afternoons watching high-goal polo, we also took the ferry across Jenny Lake.

Once across, we were going to hike to Inspiration Point and Hidden Falls, but I was a big, grouchy, oxygen-deprived baby and only went to Hidden Falls. The three much tougher travellers in my group did both hikes in the rain and the mud #likeagirl.

We also floated the Snake River where we managed to spot a pair of gorgeous Golden Eagles and a Bald Eagle, even though we spent a good deal of our time floating backwards, slamming into riverbanks and ducking tree branches.

And on the final day, I hiked Phelps Lake for some cliff jumping. That water was cold, folks, but I wasn’t backing down from a challenge from Mark Prinsloo.

Not to mention we ate tons of great food. The burgers in Wyoming are more delicious than Texas burgers. #demsfightinwords The Rose had a ridiculous Mac & Cheese, homemade butter, fresh bread and creative cocktails, while everything at Bin22, from the lamb to the rib eye, was on point.

The entire trip was amazing. It was the perfect mix of horses and horsing around. The strangest part of this vacation was, though I had known one of the gals from polo school and foxhunting and had a quick dinner with another, two of my housemates were complete strangers! We lived together, ate together, whined together about sore muscles, wined together because of the sore muscles…

And came out the other side as pretty good friends.

I can’t wait to travel with these ladies again. Next stop, Argentina!