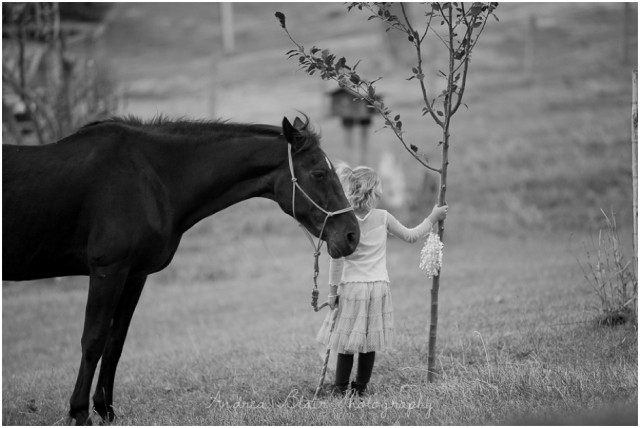 For all the 2,238 (yes, I added them up) stories Horse Nation published in 2014, a few stood out to me as particularly special.

Some profiled horses that we loved or lost. Some told the stories of our heroes; others relayed the accomplishments of underdogs. Some made me laugh and some made me cry. Some were read by hundreds of thousands of people and others flew gracefully under the radar.

Our editorial staff is beyond talented and they amaze me each and every day with the unique, thoughtful content they produce, through which their own passion for and curiosity about horses always shines through. The timeline of equestrian sport is earmarked by so many emotional moments — spectacular performances, inspiring interviews, moving personal accounts — that we here at HN are honored and excited to share. I thought it only fitting for the final day of the year that we showcase a handful of memorable ones from 2014.

It was difficult to narrow the list down to just 10 but I did my imperfect best. Here they are, in no particular order (click on any title to be taken to the original story):

How to Say Goodbye to a Unicorn

Every horse must cross the rainbow bridge eventually, but the end always seems to come too soon. This is the story of a sendoff that was nothing short of magical, from the blog of photographer Andrea Blair.

I got a quick reply saying he was ‘leaving the next day.’ So a lump in my throat began to form and my gut feeling told me that I needed to get out there, storm or not, and photograph this horse with his little girl. Sometimes when you wish hard enough the best happens and with that the storm passed.

First Mule Ever Makes It to the US Dressage Finals

Laura Hermanson and Heart B Dyna bray in the faces of anyone who thinks dressage is elitist.

Dressage has the reputation of being elitist. And I’m living proof that’s not true. I’m riding a mule for goodness sakes!” Laura laughs. “It goes to show that anyone can do this. If you have a dream, you can do it.”

Lorraine Jackson recounts the life of a woman who not only helped break the gender barrier of Olympic-level equestrian sport, but did so while completely paralyzed from the knee down.

While Lis was not able to mount and dismount Jubilee without the aid of her husband (she remained completely paralyzed from the knee down the rest of her life) she managed to clinch the Olympic silver medal, the first woman ever to do so and in the first year women were allowed. In one of sport’s finest hours, the gold medal winner, Henri Saint Cyr of Sweden, carried Lis from her horse to the Olympic podium, and it was said to be one of the most emotional moments in Olympic History.

Fallon Taylor Is Taking Las Vegas… In a Helmet

In the ultimate mic-drop moment in Las Vegas, Fallon Taylor won the barrel racing in Round 4 of the NFR handily — while wearing a helmet.

In Sunday night’s Round 4, Fallon blazed into the arena in red, white and blue, including another helmet designed to match her outfit — and she won the round. She held her riding helmet high in her victory lap, hoping to show the world that there was no reason to worry about whether or not you choose to wear one.

Hey, if you’re gonna announce your retirement, might as well do it on national TV after winning the Breeders’ Cup Distaff while pregnant.

There Are No More Records for Charlotte and Valegro to Break

So they broke their own twice last week.

When we were doing the last piaffe/passage I was welling up and I had to say to myself don’t cry, don’t cry! He tries so hard to get it right, it’s an incredible feeling when you go in there in front of all those thousands of people and he just wants to perform and to give you his best.”

At the Western Heritage Classic in Abilene, Texas last weekend, an eight-horse team of Budweiser Clydesdales was performing their iconic hitch maneuvering when an accident occurred.

To the credit of the handlers, trainers, and hitch team that make these horses what they are, and to the credit of the horses themselves, not one of the team panicked, thrashed, or bolted throughout the unhitching and detangling process. Instead, the geldings calmly waited as the wagon team freed each horse one at a time from their 130-pound harnesses.

I had one FEI rider/ judge ask me what my goals were with him and I said I wanted to earn my Bronze medal. Her response was, ‘Well, let’s see if he can make it to First Level.’ I didn’t ride with her again.”

The show jumping world lost a legend this week in Sapphire, McLain Ward’s superstar mare who was a cornerstone of the U.S. team for many years.

Let’s honor Sapphire by remembering one of her great performances at the 2010 World Equestrian Games in Lexington, where they earned a hero’s cheer after posting the second fastest speed round.

Here are three women who are breaking down those boy’s only, elitist boundaries.

Her parents, in fact, actively discouraged her passion for the sport, first by trying to talk her out of it and then by cutting off all her horsey funds. What did she do? She got a job mucking out stables.

I can’t wait to see what 2015 brings in the Horse Nation. Happy New Year, and Go Riding!