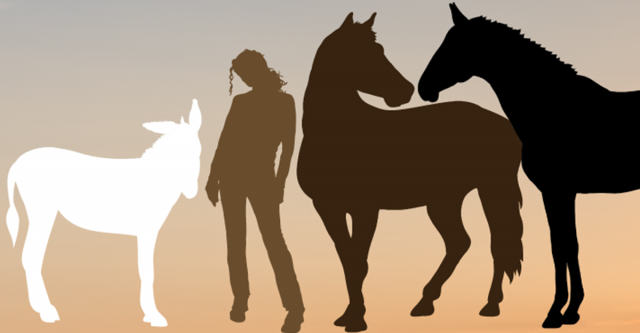 In this excerpt from the middle-grade novel Liberty Biscuit by Melanie Sue Bowles, 13-year-old Kip finally gets the horses she’s always wished for… in a way she never imagined. 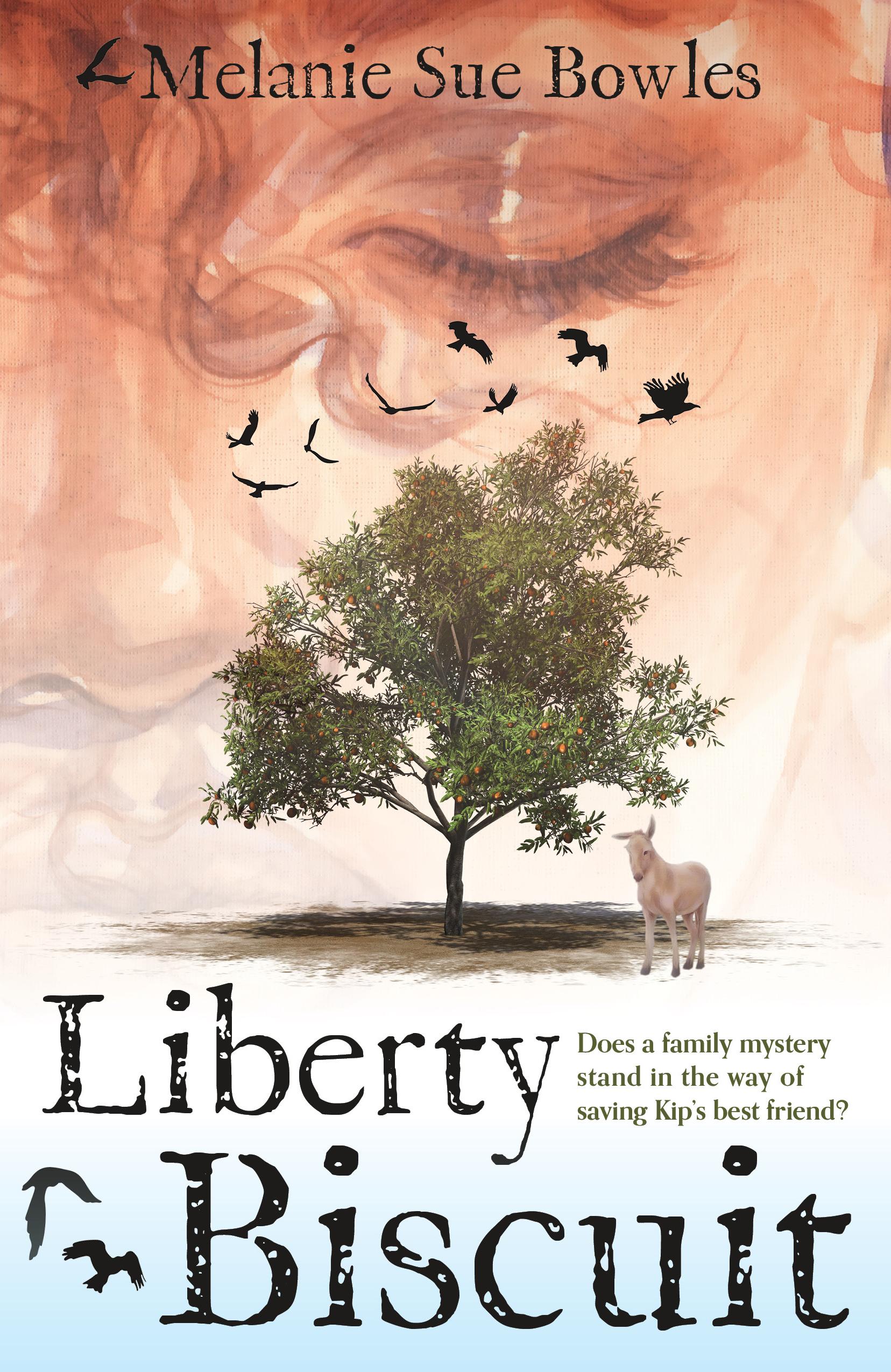 “That’s him, all right,” Sheriff Ronnie said. He hitched his thumbs in his gun belt, making the leather squeak and groan. His face was shaded from the sun by the white straw cowboy hat he wore as part of his uniform. I thought he was a handsome man and often wondered if I had a crush on him.

“Well, this goes to court where the judge will decide whether or not all three animals will be returned to the owner.”

Sheriff Ronnie looked at me with a kind sympathy. “It happens all the time, Kip. And I hate it, believe me. But the laws don’t always work in the favor of livestock.”

“What will happen in the meantime, Ronnie?” Daddy asked.

“Before this goes to court, I mean. Who takes care of the animals?”

Sheriff Ronnie removed his hat and pushed his hair off his forehead, then looked from Mama to Daddy. “I was going to talk to you about that,” he said. “Aside from being thin, the horses appear sickly. We’ve had Doc Sam out.”

Doc Sam was Dr. Samantha Caldwell, our local veterinarian. Not that I’d ever had any use for her services, as I didn’t enjoy the companionship of a pet, but I knew her name from around town.

“She’s tending to them,” Sheriff Ronnie continued, “but they need to be quarantined till we get some bloodwork back. They’re fine at the fairgrounds for now. And normally that’s where confiscated livestock stays. But there’s a horse show coming up. I need to move them, in case they’re contagious, before horses begin arriving from all over the state.”

My ears perked up over the direction this conversation appeared to be heading. I turned quick-like to look at Grandpa. Our eyes met and I was certain his were sparkling. He stopped petting the donkey and moved closer to where we all were standing.

Then Sheriff Ronnie said the magic words. “I wanted to ask if you’d help me out and let them come here?”

Daddy frowned. “What about Dale and Betty?” he suggested. “They’re horse people.”

“Quarantine, Charlie. I need to quarantine them. Dale and Betty have horses. Putting them with other horses isn’t in quarantine. Your place is perfect for horses.”

Right then and there, I decided what I had was indeed a crush on this lawman. I didn’t want to ever forget the most beautiful words ever spoken: Your place…is perfect for horses.

“We aren’t set up for livestock,” Daddy said, still shaking his head in opposition. “We got no place to put them.”

“Yes, we do,” interjected Grandpa Joe. Everyone turned. “We can put them over at the Homestead.”

Daddy sighed. “Have you been over there lately? The fences are falling down. Daddy, you can’t even open the barn doors for all the overgrown weeds. And what about water? The well pump has probably been seized up for ten years.”

Grandpa Joe stuck his hands in the front pockets of his jeans and stared at Daddy. “You have no idea how often I go over there, son,” he said. I thought I saw his chin quivering and it scared me. I had never seen Grandpa Joe cry; I knew he’d cried over Grandma Pearl, but not in front of me. Then Grandpa took a deep breath and narrowed his eyes. “And the last time I checked, I believe my name is on the deed of that particular fifty acres.”

“I also believe it’s about time you get over this foolish objection you have to horses.”

Daddy swallowed hard. He twisted his mouth to the side. 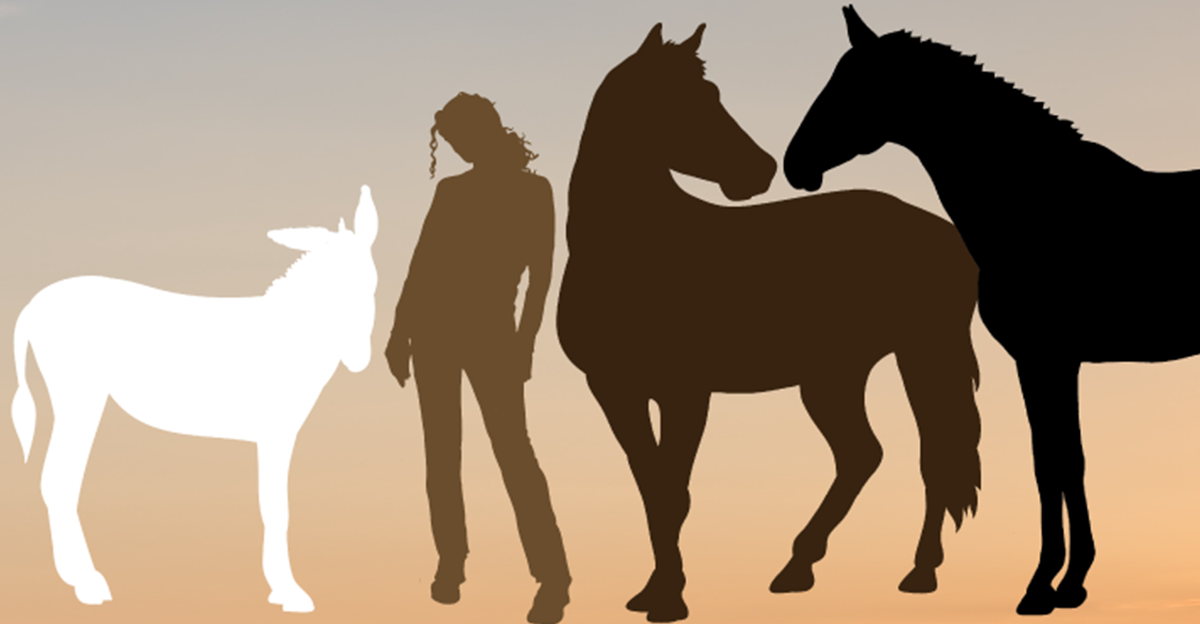 I looked over at Mama, unsure about what was happening. I had never heard Daddy sound like a child being scolded. And I don’t mean the fact that he called Grandpa “Daddy.” Farm boys from Georgia call their fathers “Daddy” even after they become grown men. It’s just the way it is in the South. But Grandpa Joe and Daddy speaking to each other like a father scolding a child? It made my head feel light and my stomach feel queasy.

Mama gave me a slight nod and mouthed the words, “It’s okay.” The calm look on her face assured me everything was fine, or it would be, eventually. Her expression also seemed to say she agreed with Grandpa Joe.

Grandpa Joe turned to the sheriff. “Ronnie, if you’ll give me and Kip three or four days to get the barn and at least one paddock cleaned up, you can move the horses to the Homestead.” Then Grandpa looked at me. “Kip?” he said. “You on board with this plan?”

Before I could answer, Sheriff Ronnie lifted his hands in surrender and said, “I don’t want to cause problems. But if you all agree…”

I looked at Daddy, not wishing to ignore his authority.

I turned to Grandpa, unable to contain my smile. “Yes, sir,” I said. But it came out as a breathless whisper. I didn’t even know if he’d heard me. “Yes, sir!” I said again, louder. “I am so on board.”

“I sure appreciate this,” Sheriff Ronnie said. “Just don’t forget, the long-term fate of these horses is up in the air till we hear from Judge Andrews.” He looked at me and pointed a finger. “Don’t get attached.” He added that he’d be in touch and bade us all good day.

Grandpa walked over to Daddy and clapped him on the shoulder. Then he said something only Daddy could hear. I thought it sounded like, it’s time to let it go, son, but I couldn’t be sure. Daddy turned to go back in the house. Mama went after him. I watched them walk away. I felt mixed-up about everything that had just happened. Questions milled around in my head. One part of my brain knew Daddy was Grandpa Joe’s son. I’d just never thought of Daddy as a child.

But then Grandpa Joe called my name and all that pondering got pushed to the side.

“Kipper!” he called in a happy tone of voice. I ran to him and threw myself into his arms. Grandpa Joe held me while my tears of joy speckled his shirt. When he gently pulled away I could see tears in his eyes. I wondered if they were for the same reason as mine. We smiled at each other. Then Grandpa ruffled my hair and said, “We need to name this donkey. How about Liberty, for the Fourth of July?”

“I was thinking Biscuit.”

We both laughed, and then, at the exact same time said, “Liberty Biscuit!”

This excerpt from the middle-grade novel Liberty Biscuit by Melanie Sue Bowles is reprinted with permission from Trafalgar Square Books.