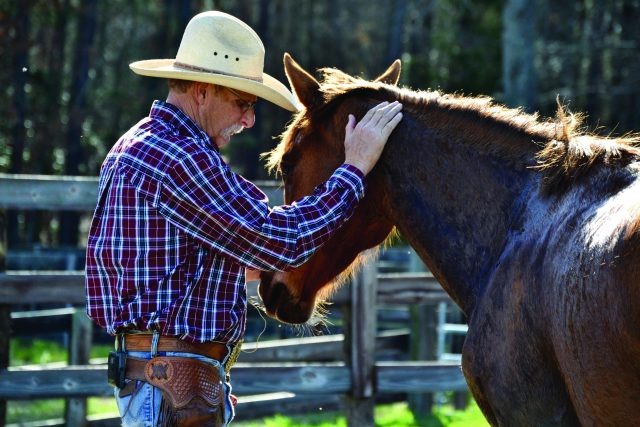 In this excerpt from master storyteller Mark Rashid’s new book For the Love of the Horse, he explores a concept that every rider and trainer strives for—and how it can make us lose track of reality. 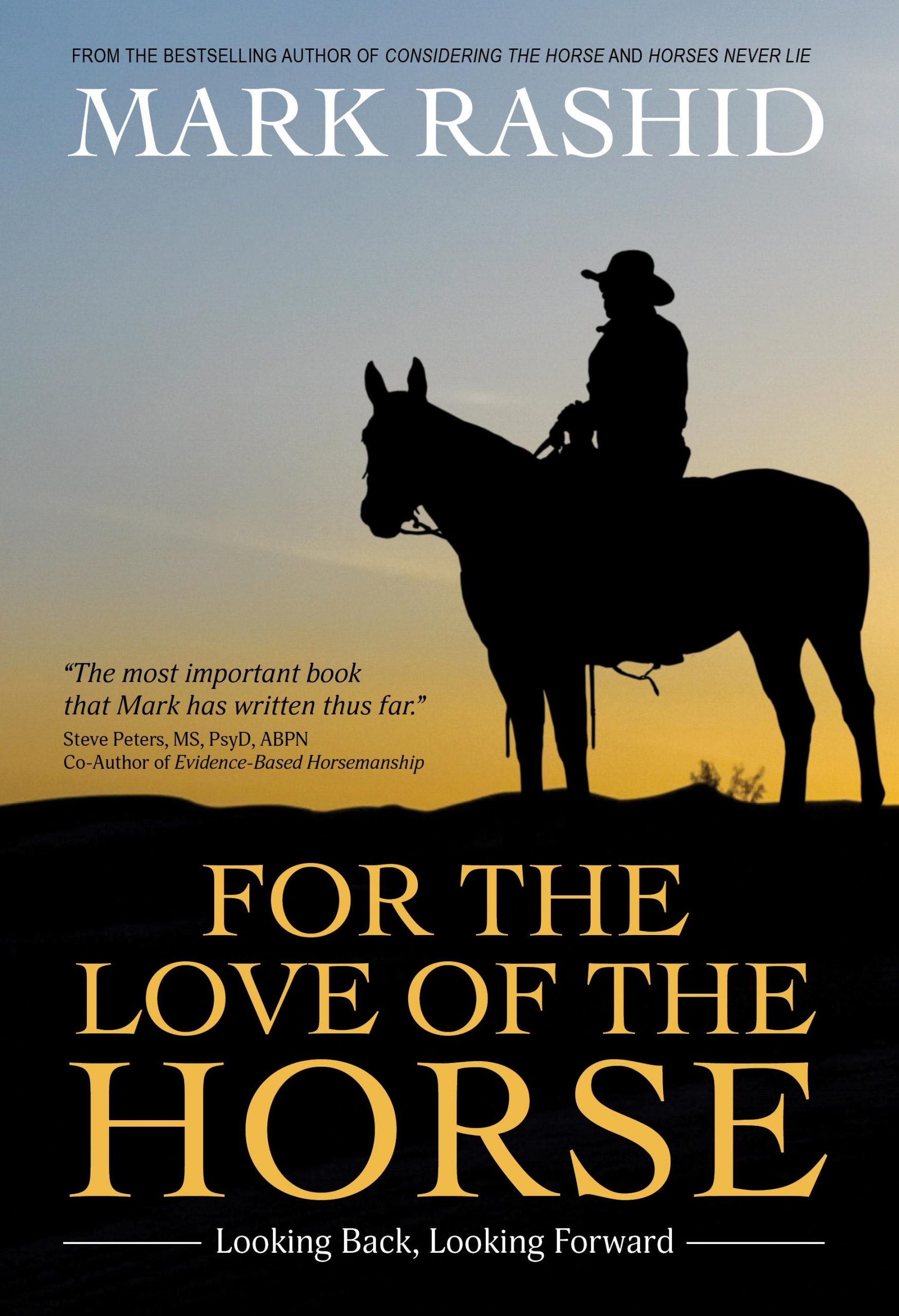 When it comes to horses, harmony isn’t about perpetual anything. It’s about balance. Horses that understand how to do the things being asked of them or who aren’t dealing with physical issues or unfortunate handling on a regular basis will usually develop a feeling of safety, which in turns allows them to achieve some semblance of emotional balance.

On the other hand, the more confused horses are due to pain, lack of consistency by their owners, lack of understanding on how to do their jobs and being forced to do them anyway, or perhaps because of an overabundance of unfortunate handling by the people they’ve been in contact with, the more out-of-emotional-balance horses may get.

Emotional imbalance usually causes fear in horses, which can turn into unwanted behavior brought on by horses feeling they must defend themselves. This emotional imbalance in the horse can, and often is, made worse by how the imbalanced horse’s behavior is treated by a handler.

Defensive behavior in horses is often looked upon as aggressive behavior by a lot of horse folks. When handlers assume the horse is being aggressive, they will also assume the situation is adversarial. People not well versed in handling adversarial situations will usually flip into their sympathetic—fight, flight, or freeze—nervous system, the same place the horse has already gone.

Handlers in that frame of mind can’t reason their way out of the situation very well. Instead, they will only be able to react to what is going on, usually after the horse’s behavior has already occurred. Because of that, handlers are always behind in their responses to what the horse is doing, which only adds to the confusion that causes an escalation in the horse’s behavior.

Please don’t get me wrong here. I am not saying any of this as a judgment about people who have found themselves in this kind of situation. The truth is, everybody who has been around horses for any amount of time, myself included, has undoubtedly found themselves in the same, or similar situation as the one I just described. We should try to remember we’re all doing the best we can at any given time and, hopefully, even those times when we get in over our heads can become learning opportunities that we can figure out how to avoid in the future.

Still, one thing that can make situations like I described even worse is the misguided idea prevalent in the horse world that horses are capable of respect or disrespect. They aren’t.

Several years ago, while doing some research on equine brain science, I learned horses don’t possess the part of the brain that allows for (among other things) understanding abstract concepts. These concepts would include good and bad, right and wrong, respect and disrespect, the ability to plan ahead, and so on. In other words, horse behavior has no value whatsoever to the horse. The only reason a behavior has value is because we put a value on it, not because the horse sees a value in it. 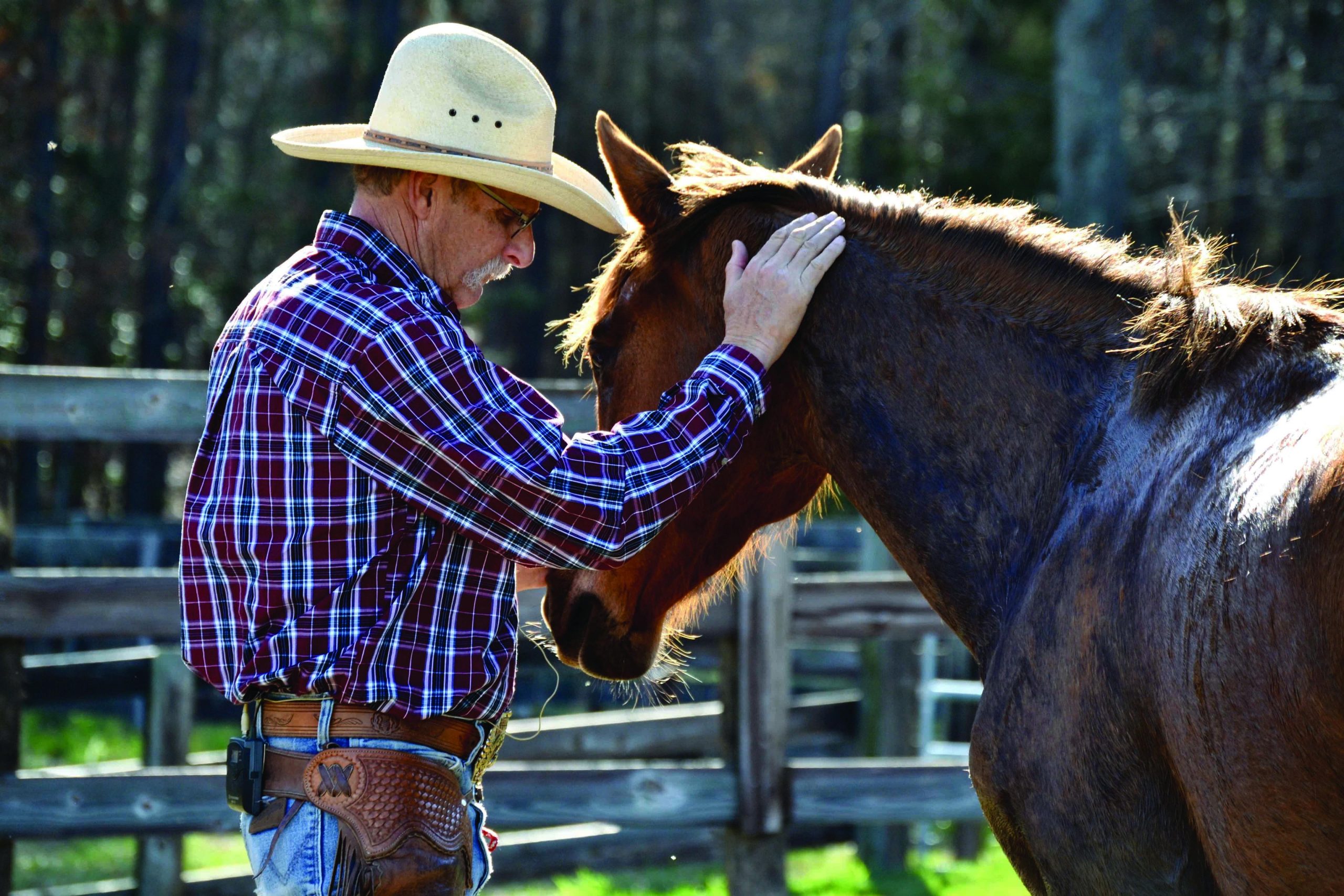 The only way horses will ultimately see value in a behavior is if they benefit from the behavior in some way. One of the ways they benefit is if they get a release for having done it. For example, a handler who moves out of the way (release) every time the horse steps into the handler’s space can very easily and very quickly teach the horse to become “pushy.” Becoming pushy was not the horse’s idea nor intention when moving into the handler’s space the first time. All the horse was doing was offering an innocuous behavior that yielded an inadvertent reward. But the result was the horse learning a behavior we don’t want. And yet a great number of horses that have been taught this behavior in exactly this way are deemed “disrespectful”—even though they are doing exactly what they have been taught!

Horse behavior is also directly attached to the way horses feel, and unlike humans, they can’t distinguish between the way they feel and the way they act. A worried horse will act worried. A defensive horse will be defensive. A frightened horse will want to run, and if the horse can’t run, the horse will fight. Understanding even this one basic function of a horse’s brain can go a long way to helping us figure out why horses do the things they do, and how we can better learn to deal with them in a positive and productive way.

I bring all of this up because I think sometimes in our quest to have a harmonious relationship with our horses, we lose track of reality. And that reality is no matter how hard we try, or how much we wish it to be true, things just aren’t always going to go the way we’d like. And it can happen to the best of us.

The excerpt from For the Love of the Horse by Mark Rashid is reprinted with permission from Trafalgar Square Books. You can purchase it here.