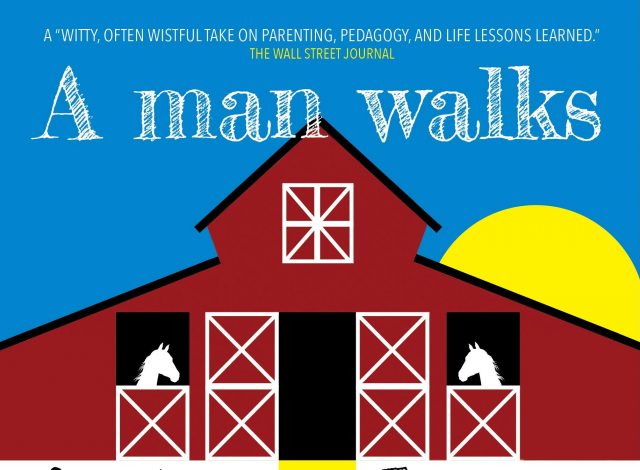 In this excerpt from his memoir of being a horse-show dad, Chad Oldfather shares a moment of elation when his daughter’s Iowa-bred Quarter Horse won big. 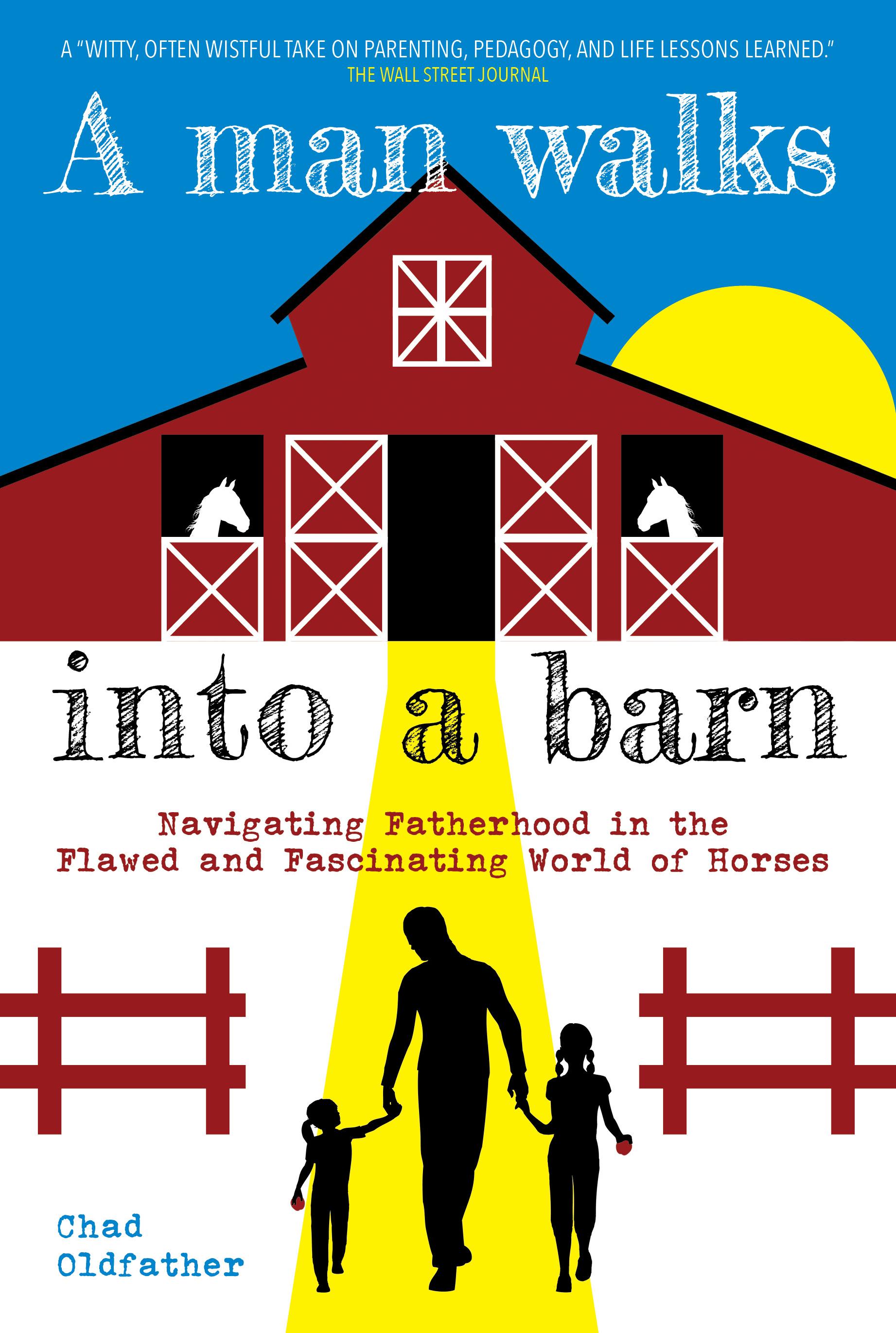 Every barn is the same, and every barn is different. There are horses and saddles and stalls. But the bedding in the stalls might be straw, or wood shavings, or pellets. You clean bridles this way at one barn and that way at another. Each one has its own smell, some rich with the sweeter notes of hay, others more ambiguously the accumulated result of hundreds of horses and dozens of years.

Serah gave us a brief tour; Ada and I exchanged a few meaningful glances. Millcreek, too, was the same. But in important-seeming respects, it was different. And then it was time to ride.

Those early lessons were exhilarating. Part of it was the sense that things were happening, and a whole new world of possibility was opening. Part of it was riding for someone new, who brought a fresh pair of eyes that noticed different things and offered different corrections. Improvement tends to come quickly, or at least to be more noticeable, after a change. Part of it was getting to ride a new group of horses, which happened as well to include some that were fairly fancy and accomplished. A lot of it was that Serah was an extraordinarily charismatic person. Ada fell in her first two lessons. Serah later told her, “You got right back on, and your dad didn’t move an inch, so I knew this would work.”

When winter break arrived, we trailered Cash down to Millcreek so that Serah could work directly with him and Ada. He stepped almost literally off the trailer and into a group lesson, a mass of new horses and new people in a ring he had never seen. He performed like the old pro he had become, unperturbed and doing what he was asked to do. The plan was that he would be there for a few weeks, then return to Hidden View, although we understood that there was a good chance that things wouldn’t work out that way. 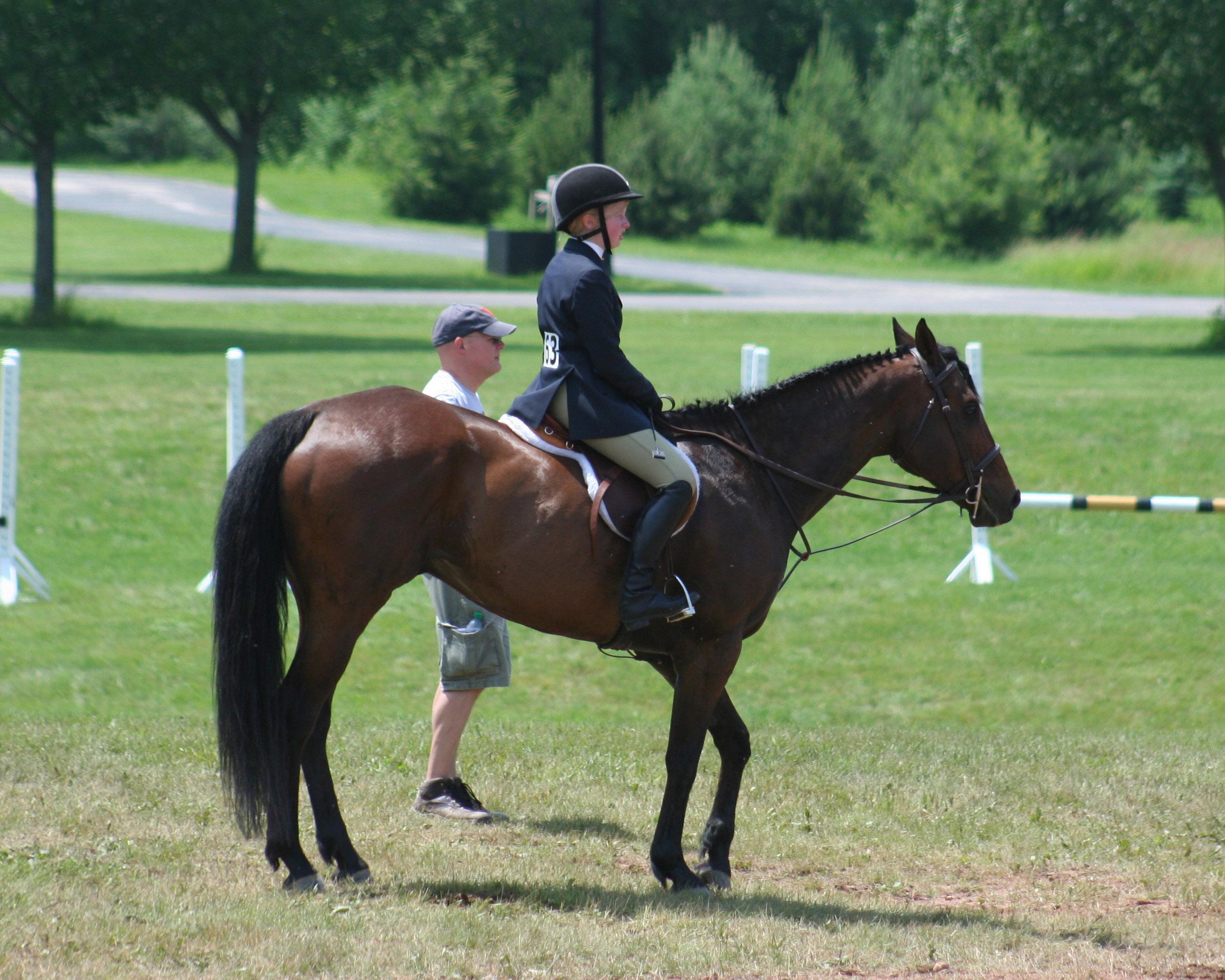 And, indeed, they didn’t. Ada caught some sort of bug early on and got sick enough that she was unable to ride as often as we anticipated. By the time break was over, we had made the drive enough times to get to that counterintuitive point where familiarity made the trip seem shorter than it initially did. It was going well. So Cash stayed.

Cash and Ada made their “A”-circuit debut that March at the Lake St. Louis Winter Festival. It was an exhilarating set of firsts. There was the simple thrill of having reached a destination. Just a few years earlier even “B” shows had seemed like a distant, other world and “A” shows the stuff of fantasy. This was a major milestone. It was also Ada’s first show with a new trainer and new group of barn mates, our first visit to a new-to-us facility, first indoor show, first time seeing a live Grand Prix class.

Our biggest obstacles were navigational. Google Maps initially led us to a vacant lot across the street from an auto parts store. Then it took a while to get a handle on the layout of the facility. (It’s hard to escape the feeling that indoor horse show facilities are just scaled-up hamster habitats.) But Cash and Ada did their part. Their first round was a “blue-ribbon class,” so-named because that’s what a clean round will get you, and that’s what they had. From there things generally went according to plan, and together Cash and Ada brought home a solid set of ribbons, including a blue in an equitation class.

The trend continued. Not two months later, Ada and I drove to Lexington to meet Cash, Serah, and crew at the Kentucky Horse Park. Here, undoubtedly, was a dream come true. An “A” show was one thing. An “A” show at the Horse Park was something else entirely. This was a venue that only a couple years earlier had seemed impossibly distant, a place about which you say “maybe someday” in the sort of way where “but probably not” is unstated but understood. Cash got a new name as part of the preparation—Speed Thru Traffic transformed into the Cash-related Walk the Line. I brought the nice camera and documented all of it—the moment Ada first mounted Cash, the trip up the path to the Murphy Ring for their first ride, a ride in the double warm-up ring with Rolex Stadium looming in the background, a series of photos over a line of ornately decorated jumps in the Stonelea Ring. On one of the afternoons, I accompanied Ada as she and Cash walked around the cross-country course where a couple years earlier, she and I had watched some of the top eventing riders and horses in the world. They approached some of the more impressive obstacles just so Ada could see how they looked from the back of a horse. I’ve got photos of that, too.

The story inside the ring had only a tiny element of fairy tale. This was high-level competition, and many of the names casually announced as “now entering the ring” were names that even I had heard. While I haven’t checked the records, I feel confident in saying that there were no other Iowa-bred Quarter Horses taking part. By nearly every measure of fanciness, Cash was a gatecrasher, and we understood that this was a show where the goal was experience rather than glory. And, indeed, the show record shows a number of DNPs (“did not place”). But it also shows this: that in Class No. 256, Low Working Hunter, Ada and Walk the Line took home the blue ribbon. (The record shows that it was Serah who rode him in that class, but in that respect the record is wrong.) The gatecrasher snagged one glass of champagne.

This excerpt from A Man Walks Into a Barn by Chad Oldfather is reprinted with permission from Trafalgar Square Books. You can purchase it here.