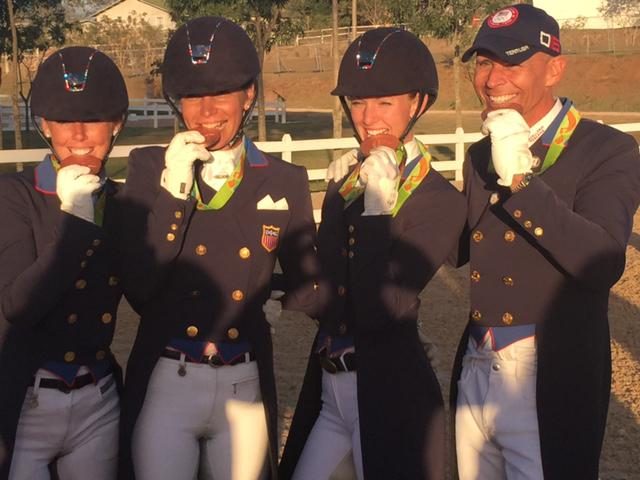 In this excerpt from The Gates to Brilliance, six-time Olympian and former technical advisor to the US Dressage Team Robert Dover dishes on an unusual drama that played out behind the scenes at one international competition. 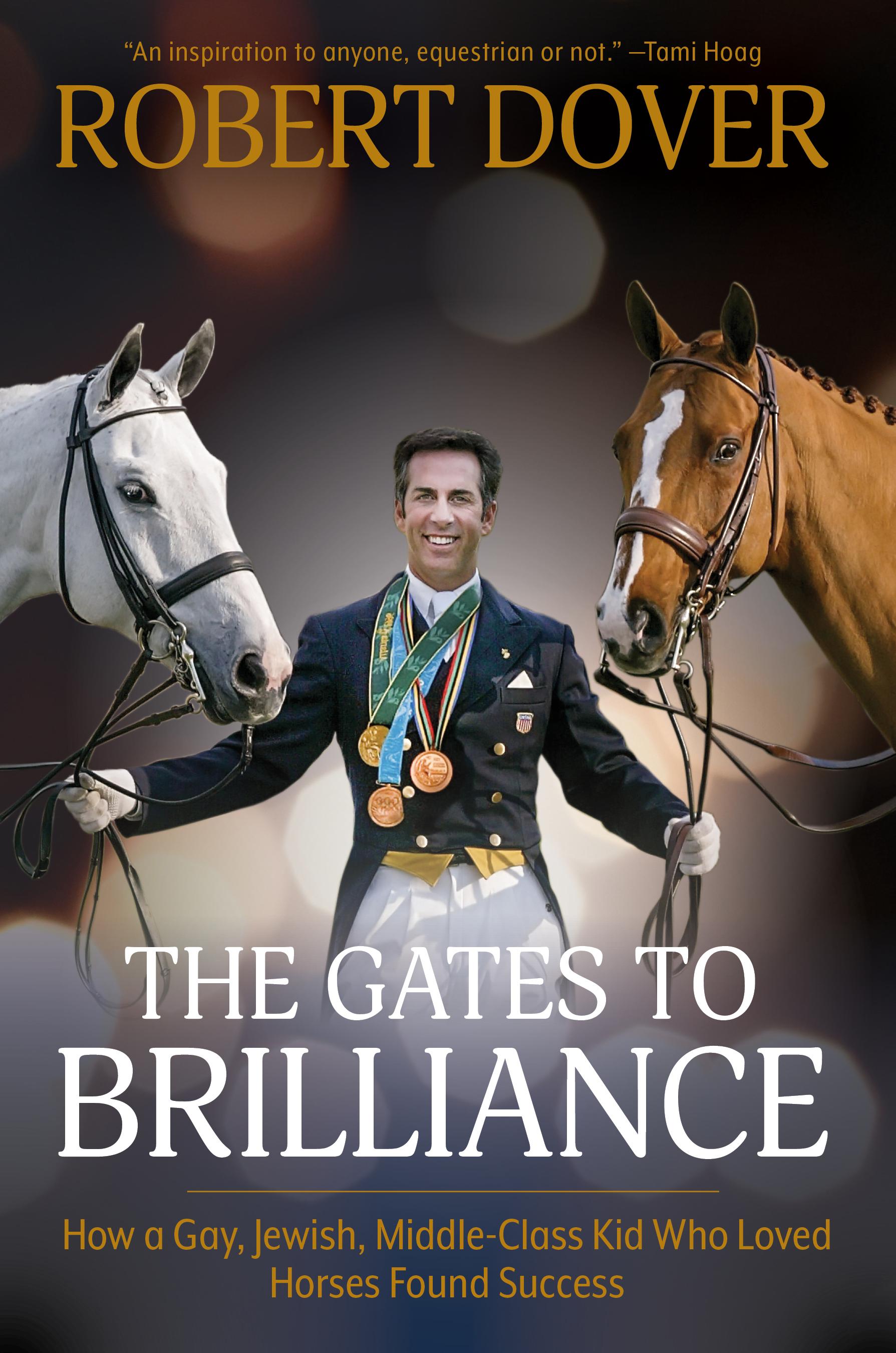 The day we drove to the competition site [for the final selection show for the Olympic Team in Rotterdam, The Netherlands], a few from our group went ahead to bed down the stalls so that when the riders and their horses arrived, they could go directly into the stabling and relax. I knew the key to managing a successful team was making sure as best we could that the riders had one thing and one thing only to worry about, and that was being great when they need to be—in the big arena! As she always did, Laura [Graves] took “Diddy” (Verdades’ stable name) for a nice walk and hand-grazing around the stable area before her expected schooling time with the others, later that afternoon.

Hallye [Griffin], Dr. Cricket Russillo, our extraordinary team veterinarian, and I headed to our hotel to check in and catch a bite to eat. We barely made it off the show grounds when all three of us got text messages from Laura. Diddy had gotten bit or eaten something while grazing and his nose was swelling. Before Cricket could send off a response as to what to do, her phone rang—the horse was in real trouble and we had to return to the barn immediately.

We rushed back, and it was hard to keep our horror a secret as we peered over the stall door at poor Diddy, whose nose now looked more like that of a moose than a horse. He was clearly having issues with breathing as well.

It is important to understand the complexity of the situation. Had we not been about to begin an international competition, the vet could simply administer whichever drugs were best to combat such a reaction and tell the rider to not worry about it, the horse would be fine to work again in a couple of days. But we were under strict anti-doping regulations, just as would be the case at the Olympics where there is a zero-tolerance rule. Fortunately, it was only Wednesday and Diddy’s first class wasn’t until Friday afternoon. And so began the all-day-and-most-of-the-night effort by Cricket, Laura, and all the riders and grooms to do whatever could help the horse and support a fellow teammate. A great team is only as good as every single player within the group, and for us that most definitely included the vet, farrier, grooms, and other specialists we traveled with to ensure the athletes had one hundred percent of everything they needed to be able to shine and achieve personal bests when it was most important.

We were all relieved when Verdades made a perfect recovery. Only a few knew that Diddy had suffered such a scary allergic reaction, which we came to discover was caused by the hairs of an extremely poisonous caterpillar that makes its nest high up in the trees all around the show complex in downtown Rotterdam. No one had informed us that show management annually went through and destroyed the nests of the caterpillars because of their toxicity. They posed a danger to both animals and people that happened to come into contact with one of their little hairs. Our entire group looked great as they went for the required “veterinary check” on Thursday, trotting in front of the presiding Dutch veterinarian and the Ground Jury with ease. As is always the case, once we got through the ever-nerve-wracking vet check with all players intact, we breathed a heavy sigh of relief and prepared for battle the next day.

We nominated our Nation’s Cup Team, with Laura and Verdades as our anchors to compete last from our group, while Olivia [LaGoy-Weltz] and Lonoir would lead us off, followed by Kasey [Perry-Glass] and Dublet, and then Steffen [Peters] and Legolas. This is generally the way all Olympic sports teams send in their athletes, especially in subjective sports where judges and the press expect to see the very best competitors going last. The entire team rose to the occasion, leaving the ring with personal bests and showing great self-confidence.

When Laura rode her test, you could hear a pin drop. Debbie [McDonald] and I, along with the rest of the group, stood on the “Kiss and Cry” platform, and movement by movement, we clutched each other harder as Laura and Verdades danced effortlessly and gorgeously around the arena. At the end, we knew she had won the class and helped America take the lead ahead of Holland and all the rest. At that very moment, without saying it to anyone, I also knew, without a shadow of a doubt, that we were perfectly on track to medal in the Olympic Games in Rio later that summer.

The thing is, as I’ve mentioned in these pages, dressage is a “who beats who where” sport. We had knocked off the Swedes, Danes, Spanish, French, and even the always-strong Dutch on their own home field! Only the British, who had the number-one-ranked combination in the world, Charlotte Dujardin and Valegro, as well as Carl Hester and any horse he might ride, could, on any given day, be just as good as or better than us. That is, other than the Germans, who had won more Olympic gold medals than any other team. They were practically unbeatable. Yet we were now making a statement to watch out—we could give them a run for their money. 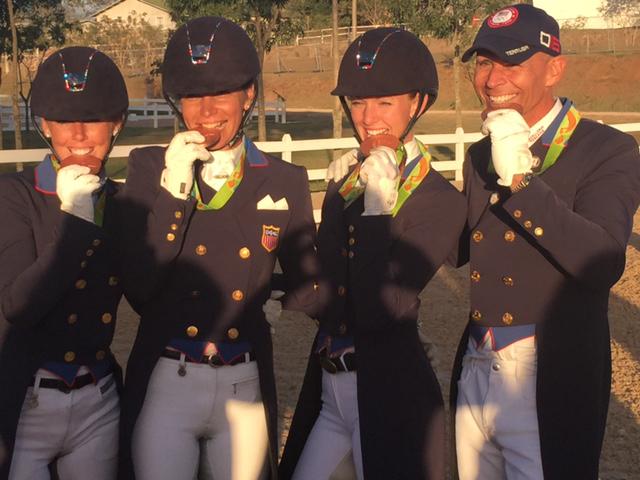