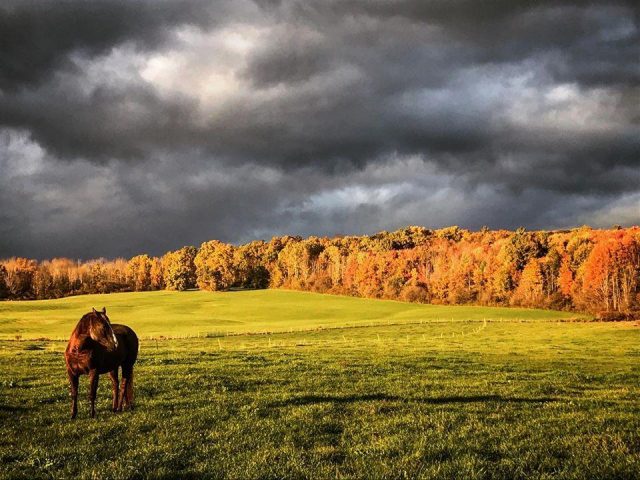 “These senior horses know who they are, they know what they like, and they’re comfortable with themselves. I don’t believe this is anthropomorphic to say: There’s a lot we could learn from the senior horse.”

Last October was, to put it bluntly, kind of a crappy month as far as my horse life went.

While I was in Kentucky working at the Thoroughbred Makeover, I got that call that no horse owner ever wants to receive: my remaining Belgian gelding Rocky, the surviving half of my team Rocky and Randy, had passed away overnight, and the farm staff was burying him now near the resting place of Randy, whom we had lost the summer prior. I grieved for Rocky in private for a few moments, then got myself together and dove back into the fray of 18-hour workdays to continue putting on the biggest Thoroughbred retraining competition in the world. By the time I got home to an emptier pasture, I had made peace with the big horse’s passing.

Just a few weeks later, an acute and sudden illness took our grand old man Winston from us at the age of 29. Still going strong up until the day his liver failed him, Winston still regularly went on light rides and entertained us all with his enthusiasm for life; we had firmly believed he would live to be 30 and beyond. He’s buried under a quiet hillside far out in the pasture, near the resting place of a good old farm dog who was equally benevolent in spirit. 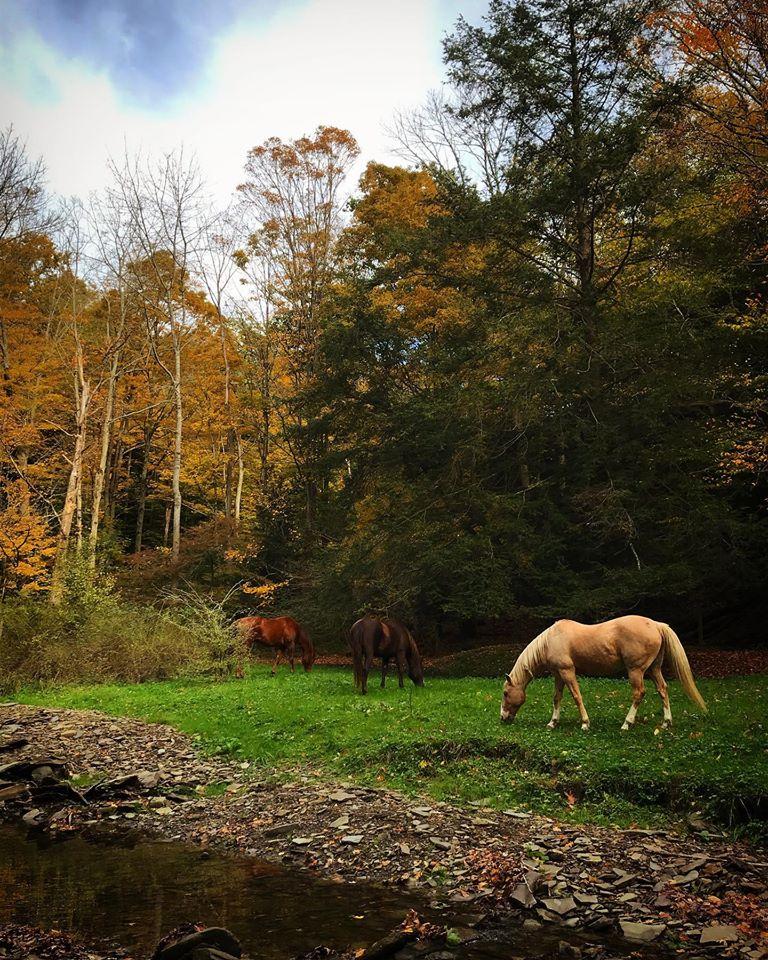 The last photo I ever took of Winston (though I didn’t know it at the time) enjoying all the best things about horse life: good grass, fresh water and good company. Photo by Kristen Kovatch.

With this kind of recent track record all taking place in the course of about two and a half weeks, I imagine I’d be forgiven for going through a phase of doubt if horses were anything I wanted to be part of at all, let alone intentionally bringing in more seniors. And while I haven’t necessarily sought out more aging horses to join my herd (though I did recently acquire a second riding horse to have as a backup for cattle chores should my main mount be laid up), I wouldn’t hesitate should I be asked again to take on another senior, to give another old horse one last good home.

Running what I affectionately referred to as “old horse hospice” might not at face-value look like a particularly rewarding experience: I knew going in that this was the last stop for these old fellows, and that they might very well have been on borrowed time from the moment they got off the trailer (or in Winston’s case, not gotten off the trailer, as he had gotten very stiff on his journey to western New York and needed a bit of time to decide he could back out). Bringing home an old horse needs a certain level of self-awareness that they’re not always going to be drivable or ridable, that you may only get a little bit of time to spend with them, and that at some point there’s a good chance you’ll have to make some heartbreaking decisions. 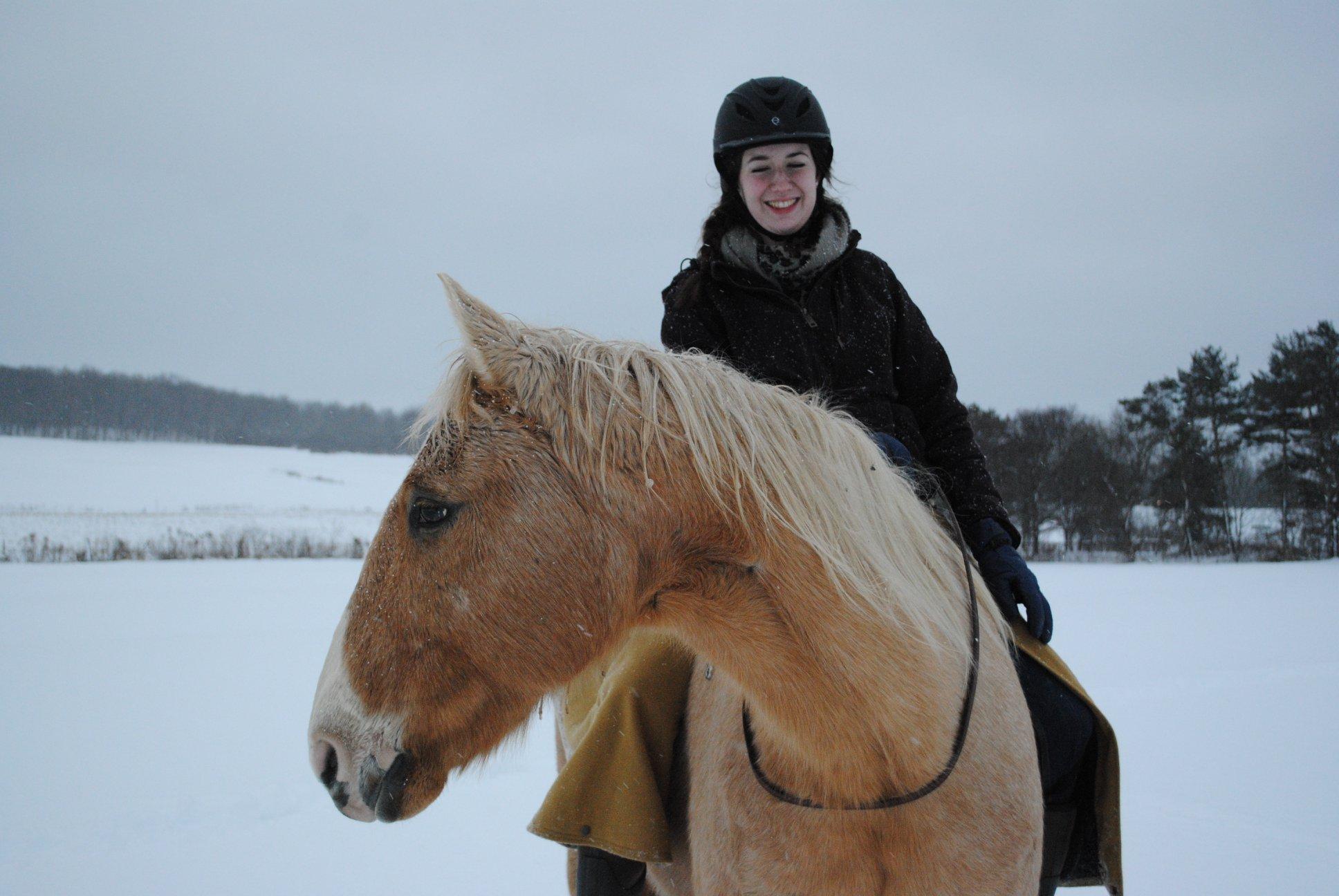 Winston, the best soul, ridden in just a neck rope for most of his last few years. Photo by Kristen Kovatch.

But with these senior horses comes a certain grace that seems to develop with those white hairs that crop up around eyebrows and muzzles, a kind of statesmanlike presence that even the finest-bred young mature horse doesn’t yet possess. These senior horses know who they are, they know what they like, and they’re comfortable with themselves. I don’t believe this is anthropomorphic to say: There’s a lot we could learn from the senior horse.

Their personalities have developed in whatever direction they’re going to develop, and we as their people have the choice to embrace them as they are or get out of the way. That was certainly the case with Randy, my biggest, boldest draft, with whom I regularly butted heads about things like having his legs hosed off or standing quietly when the crossties were undone and he was in harness. That was also the case with Winston, who was hell-bent on being the sweetest and most forgiving creature to walk this planet, while also refusing to let the dentist look his mouth without enough sedation to drop an ox. 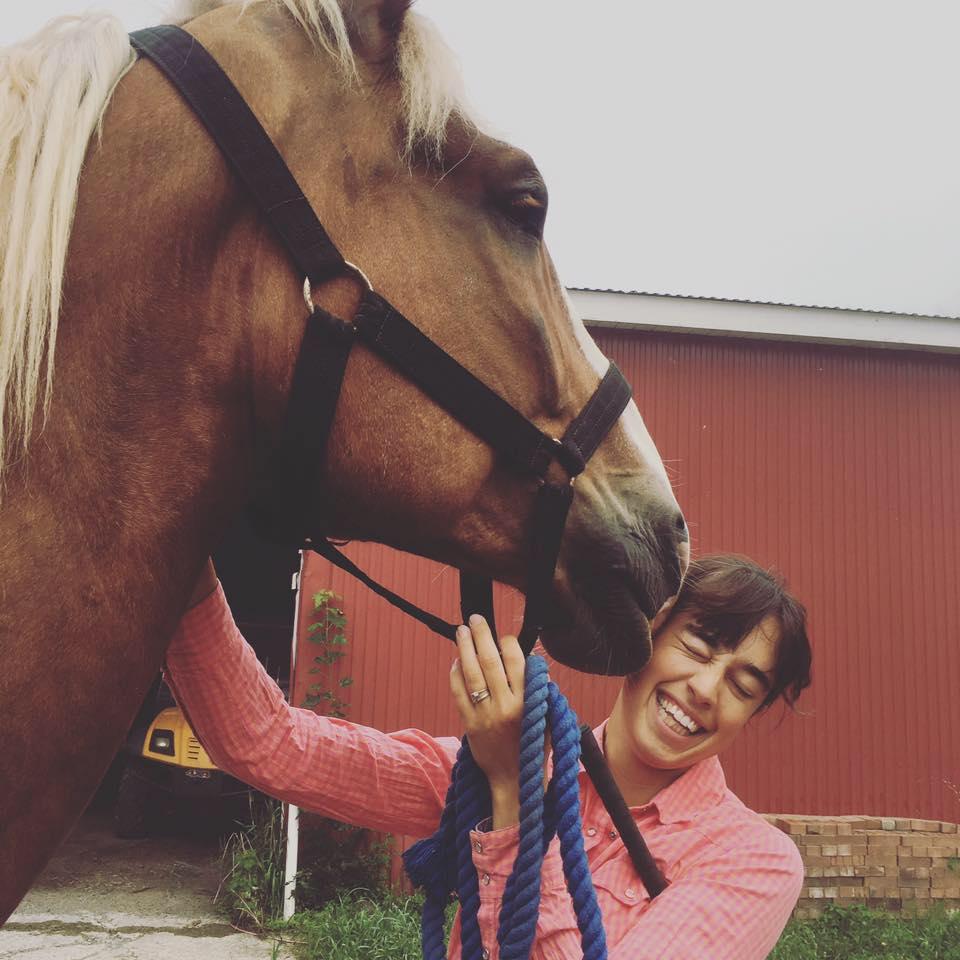 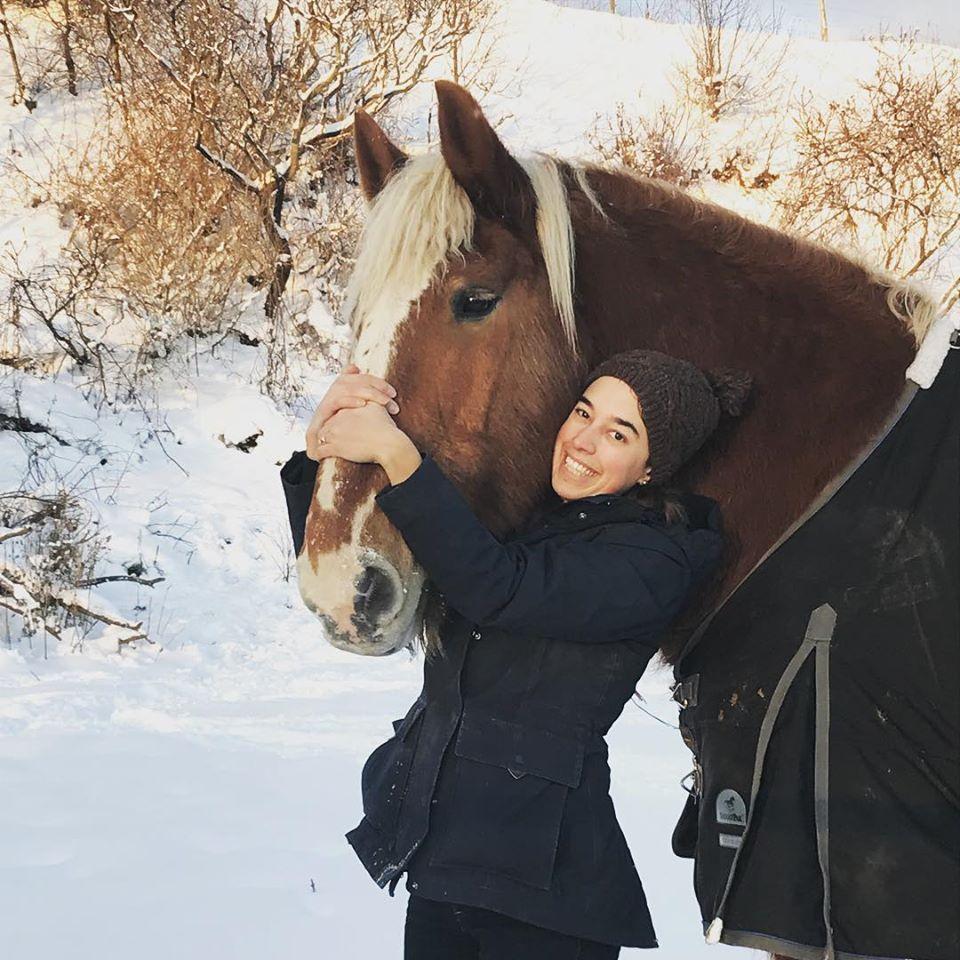 …while Randy had to be held down while I yelled “let me love you!” (Photo by Erik Bentley)

The senior horses have done their time, and while they might still love to kick up their heels and bully the younger horses and go to pieces when they see the first calf of the season (we’ll be thinking of you, Winston, this calving season), they also enjoy the finer things in life, like good green grass and warm afternoons in the sun.

To borrow an oft-quoted phrase, the senior horse owes us nothing. We owe him everything. They’ve carried us for years — our hopes and ambitions, our lofty competitive or recreational goals that ultimately mean nothing in the end, and our very bodies and souls. To be able to carry them in their final years is, to me, the greatest way I can give back to horses, both the individuals that helped define me as a young professional and a horsewoman, and to all of their kind.

I’ll always try to have a few senior horses around. They might break my heart over and over again, but they’ll fill it just the same. 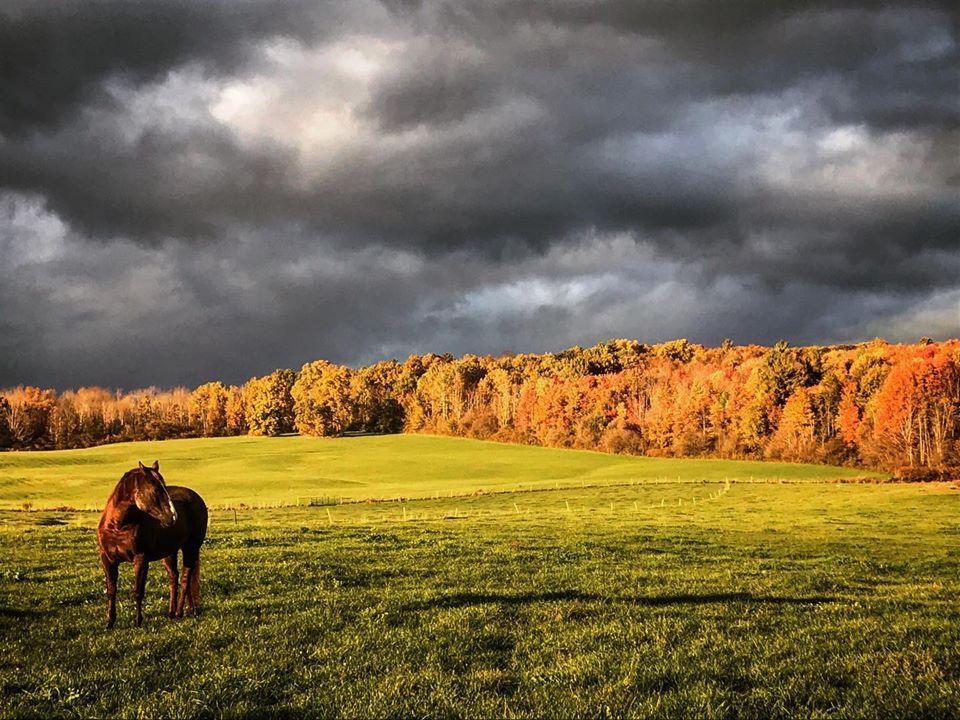