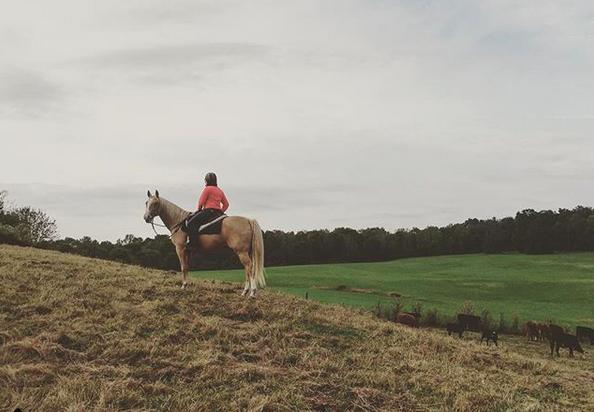 Our featured horse this week is Winston, loved by the family of HN managing editor Kristen Kovatch! 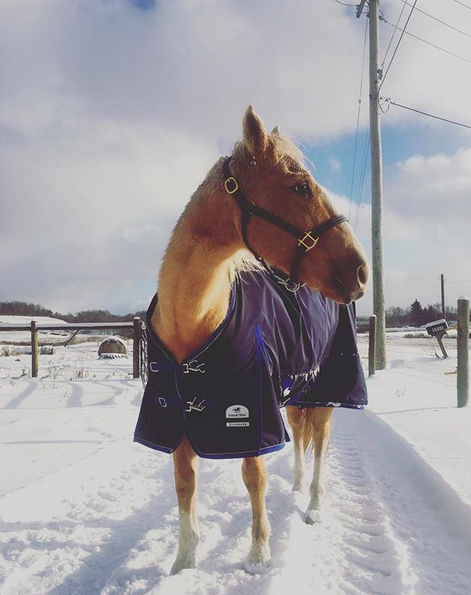 Some horses get all the Horse Nation glory, starring in various episodic tales and editorials, fascinating health profiles and life lessons. Regular readers have seen plenty of stories of my new OTTB Jobber Bill and enjoyed the story of my reunion with draft horse team Rocky and Randy; the irrepressible Red the Cow Pony makes regular appearances with his adorable little naughty-horse mug.

Lurking in the background of many a snapshot or Instagram of mine, however, is a genial old palomino named Winston. As you might imagine from someone named Winston, his personality is that of an older gentleman who wears a smoking jacket and house slippers, saying things like “I say, dear chap,” and other phrases borrowed from PBS interpretations of what the English aristocracy sounds like. He’s the elder statesman of the farm, clocking in — at minimum — at age 27. He’s a little creaky now, starting to get slowed down by some mild arthritis, but he still enjoys light riding, moving cattle and inspecting baby calves every spring.

In 2011, my mother sent me a few photos of a horse she had on trial. Now that my brother and I were real, live grown-up adults with our own lives, Mom could finally indulge herself in her longtime dream of owning her own horse to hit the trails, with a spot lined up at a great boarding barn with a community of other adult trail riders. When she mentioned “horse on trial,” I had a mental image of a compact little stock horse that would zip her up and down the rocky, wooded hills of my home county.

Instead, she sent me a photo of what appeared to be a yellow hot dog. Winston had entered our lives. 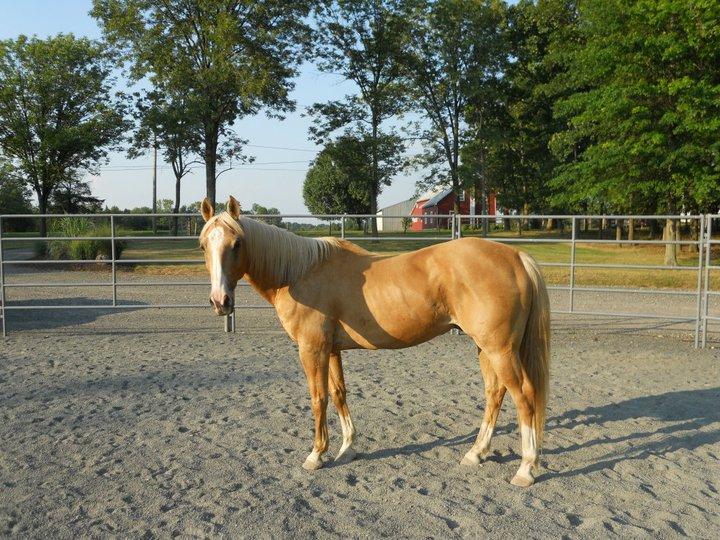 For several years, Mom and Winston hit the local trails and parks for long rambles, cantering along sun-dappled paths and trekking up and down some rugged slopes. He went out well alone or in company, but he was an aged horse, and soon the start of some arthritis encouraged Mom to make the responsible decision to retire him so she could continue to pursue the faster pace of trail riding with which Winston was now struggling despite excellent care, shoeing and supplements. Winston arrived here at my farm in October of 2015 and has flourished ever since.

He’s basically bombproof, other than the time he glimpsed his first newborn calf out in the pasture and completely lost his mind until he was allowed to go sniff it and say hello. We’ve broken most of our rules of horse handling and cherish his status as a super-senior, basically letting him do whatever he wants around the farm (quote the Pony Club manual at me all you want, but he’s earned the right to wander loose around the barn and knock stuff over under supervision, as far as I’m concerned). He still moves cows, kicks up his heels when he’s feeling particularly sassy and generally makes us all forget he’s 27 years old.

Here’s to you, Winston.