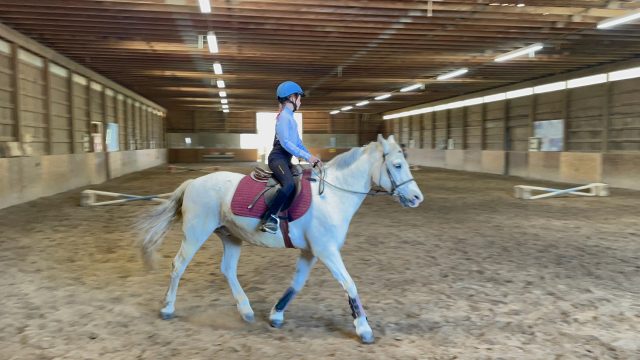 May 18, 2022DeAnn SloanDeAnn Long Sloan#HORSE SHOW MOM, #HORSE SHOWSComments Off on Horse Shows: The Fairest of Them All

Okay, okay. So maybe horse shows aren’t actually the fairest of them all, but … as my own children dip their toes in the world of horse showing, I’m appreciating the lessons they are getting on fairness, competition, and sportsmanship.

Recently, my daughters have begun showing at local schooling shows. The barn where they take lessons is a small Hunter/Jumper barn, complete with expensive board, a fleet of school horses (bless them), and a whole gaggle of lesson kids and parents for whom this is their first foray into the world of horses. The lesson program is large — at least to me — and twice a year the barn capitalizes on the kids’ desire to show off what they’ve learned and earn some $2 ribbons by hosting in-house schooling shows. 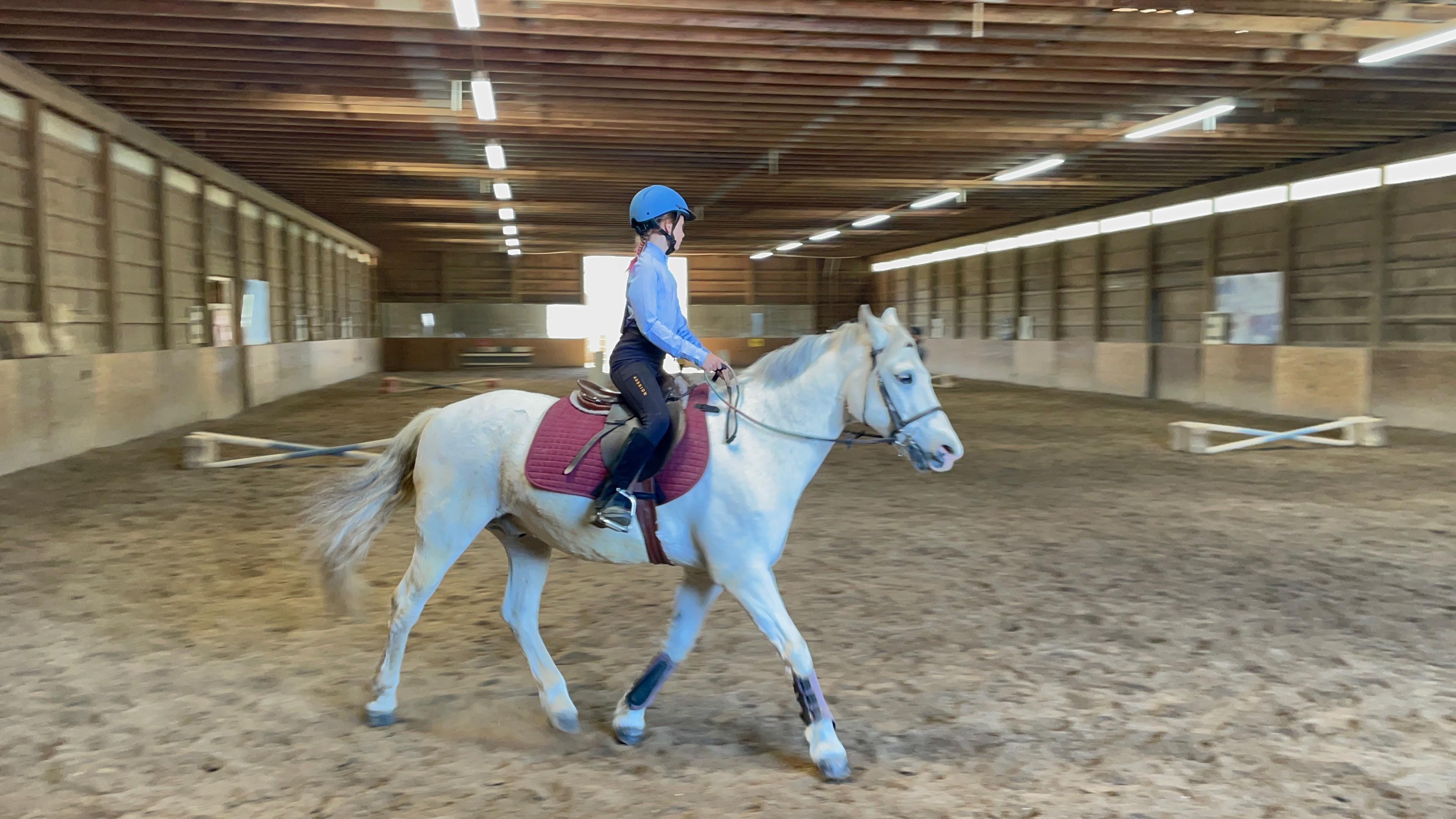 There are a few things these schooling shows do very, very well:

It’s this last point that is the important one.

Upon reflecting on the latest schooling show, I’ve realized that, in a way, horse shows can be the great equalizers when it comes to “fairness.” Now, I’m not talking about accessibility, privilege, or any of the larger problems (with a capital P) in equestrian sport. I am referring to the riders who are already at the show, on the horses, riding their courses, going after their coveted rosettes.

But here’s the thing.

This makes me want to pull out my hair and scream that it’s literally the fairest thing I can think of right about now. It’s not split by age or gender or how your kid performed at the last show — it’s split by ability. If you want to earn a ribbon, you need to ride better than the other riders in your class. Period. 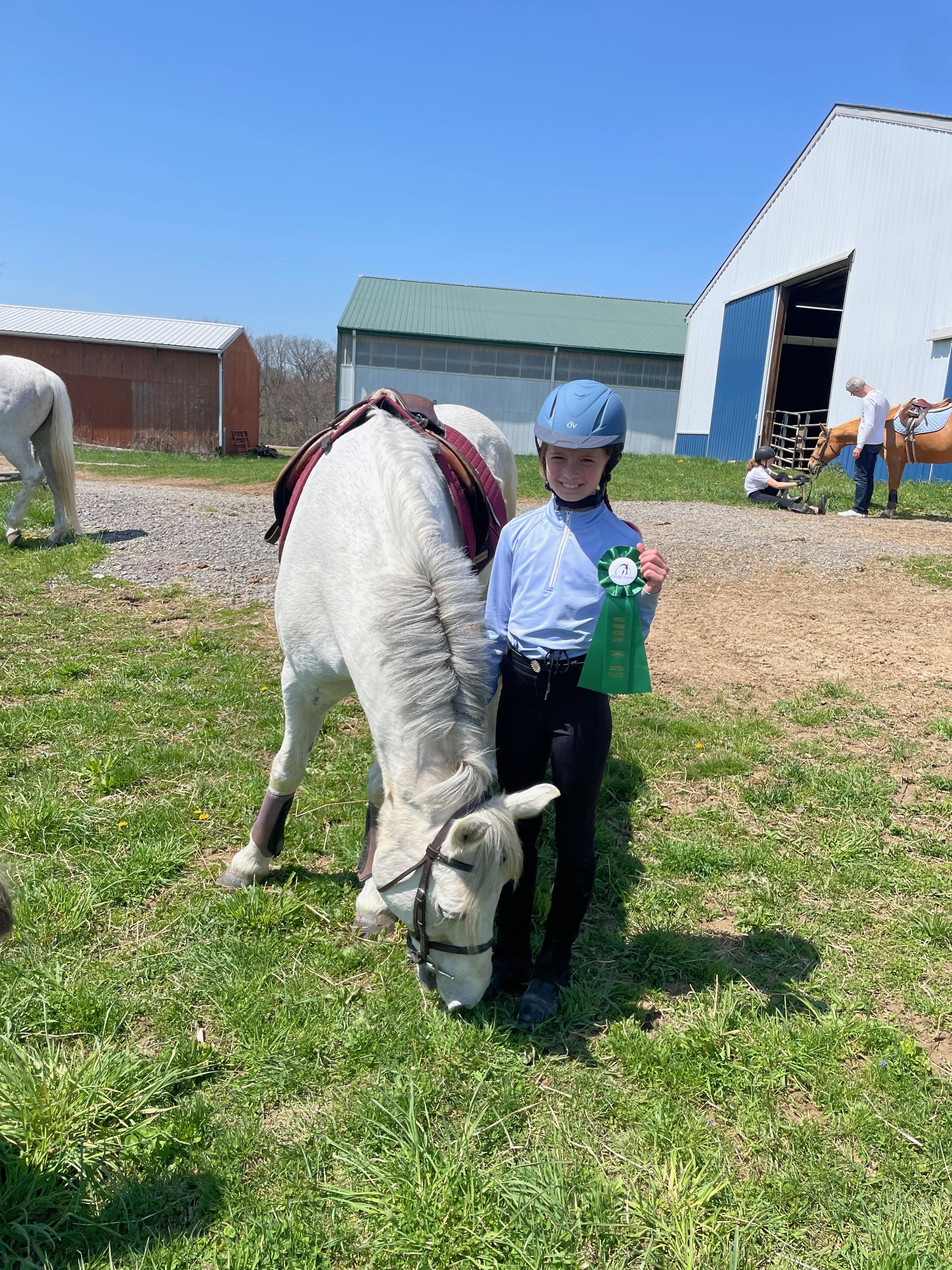 This kid is quite proud of her placing amongst a group of much older girls. Sometimes sixth can feel like first. Photo by DeAnn Long Sloan.

At my older daughter’s last show, she was upset because she didn’t win more ribbons (but boy did she get a lesson in sportsmanship and being happy for her friends). Going into this show, she was nervous and upset because she wanted to do better. Being the rather direct (and probably therapy-inducing) parent that I am, I looked at her and said, “So ride better.” (She wasn’t impressed by my response.)

This is what I love about showing horses (and, honestly, sports in general). If you want to win, ride better.

In a world where so much has been divided by age or gender or breed or you-name-the-category to ensure that as many people get trophies as possible, it’s refreshing to be involved in a sport where the division is based on the course you can jump and the outcome is based on how you ride that day.

I’ll admit that I am coming at this from a different perspective than last time, after which I was reflecting on the lessons in sportsmanship a good loss can teach. My older kiddo came out with a ribbon (and pretty good placing) in each of her classes this time around. She was very proud of herself (as she should have been), but this was only after a couple of weeks of complaints about her last show, whining about wanting to win, and coming to terms with the notion that she needed to put in the legwork to affect her outcome.

My younger one, however, mostly got dead last (with the exception of one lucky second place). She was upset and a little but pouty after the show. In the days following, she asked to see videos of her rides. I showed her one of them, to which she responded (unprompted), “Oh, now I see why I got last place,” and walked away. She’s seven. Already she understands the notion that to win, you’ve got to ride better (and understands it quite a bit better than most of the parents at the show). Next time, hopefully she’ll do better. 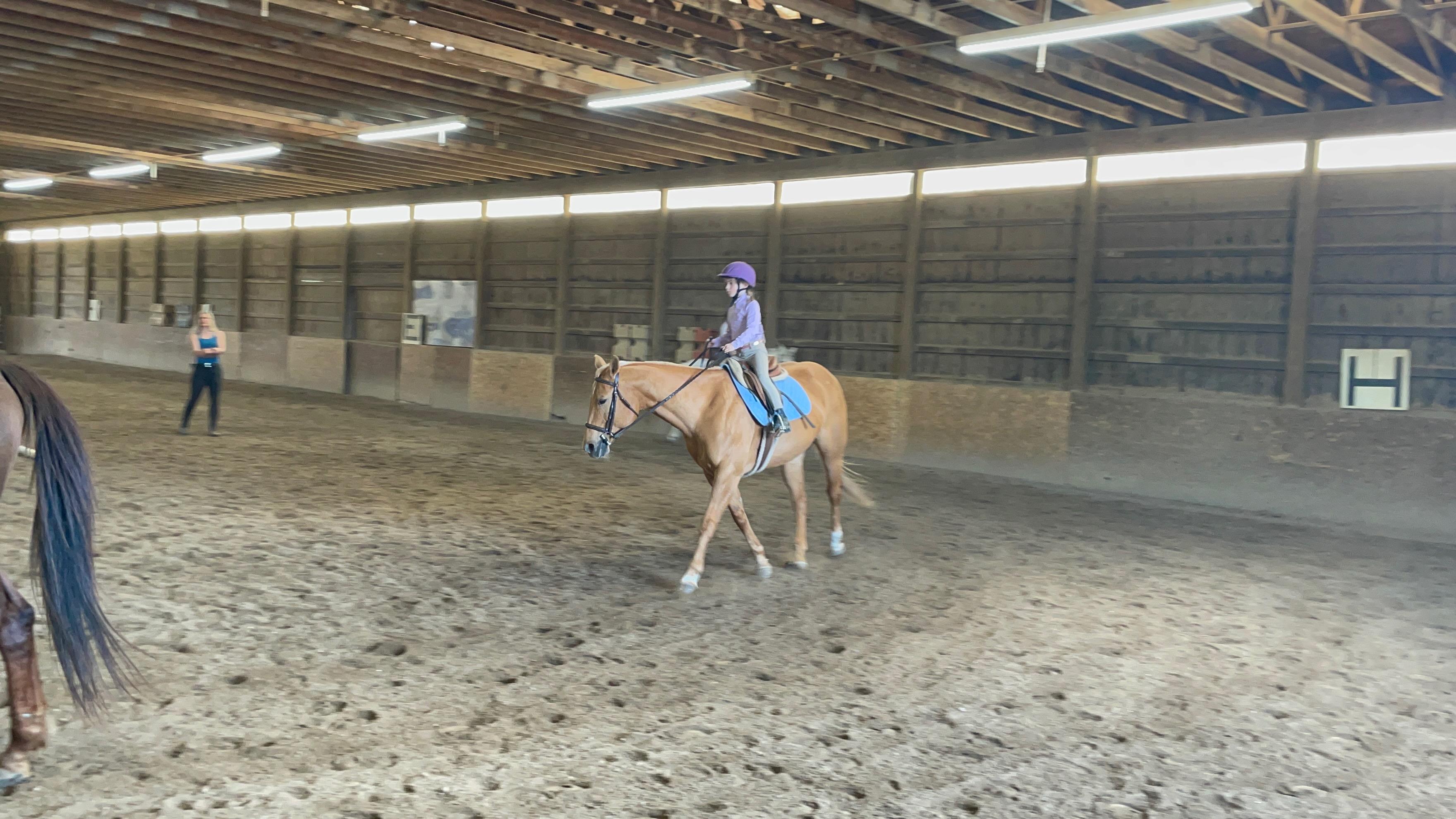 Now that I’ve painted horse shows in this rosy colored light as being THE FAIREST THING IN THE WORLD, let me acknowledge that I know that they aren’t. When it’s a judged event, sometimes the judge just might not like the color of your horse that day. Sure. In a timed event, you might have an amazing ride, and the timer may malfunction. Absolutely. These things definitely are unfair. But also… welcome to life. Sh*t happens. Sometimes it isn’t fair. Sometimes you work really hard, and you still don’t come out on top (a lot of times, actually). But at least when you’re showing, pretty much everyone has the same opportunity to fail — regardless of age or whatever. And, in a sense, isn’t that refreshing? 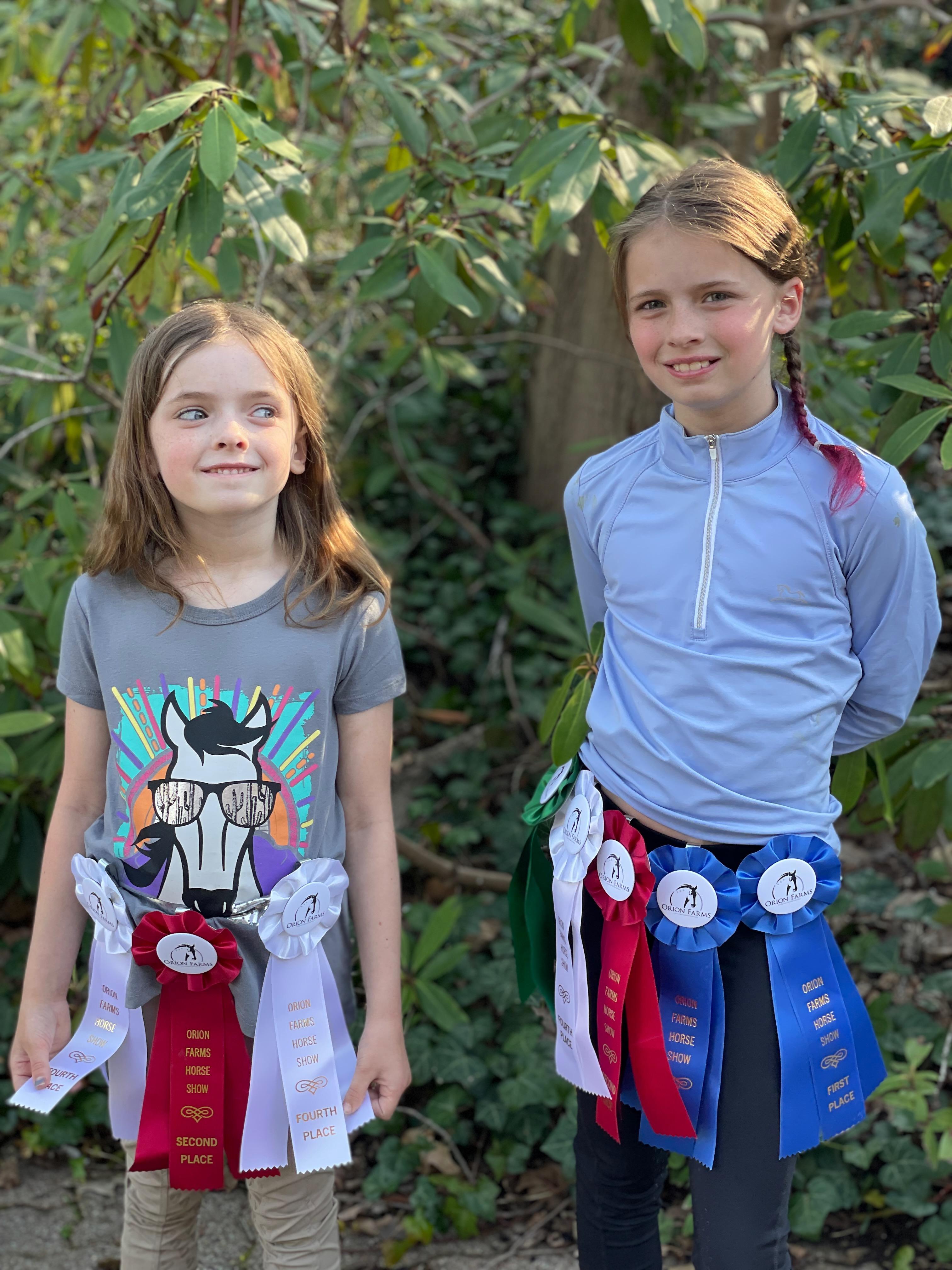 The girls showing off their ribbons for the day. Photo by DeAnn Long Sloan.