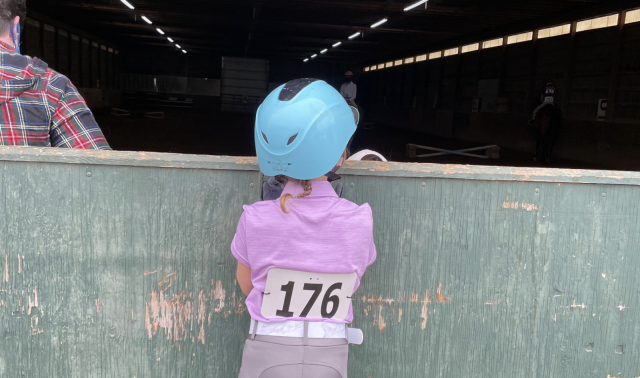 Raising a child who is both a good loser and a good winner is hard. Teaching perseverance, determination and good sportsmanship is nuanced and difficult. The conclusion I’ve come to? Don’t be afraid to let your child lose. 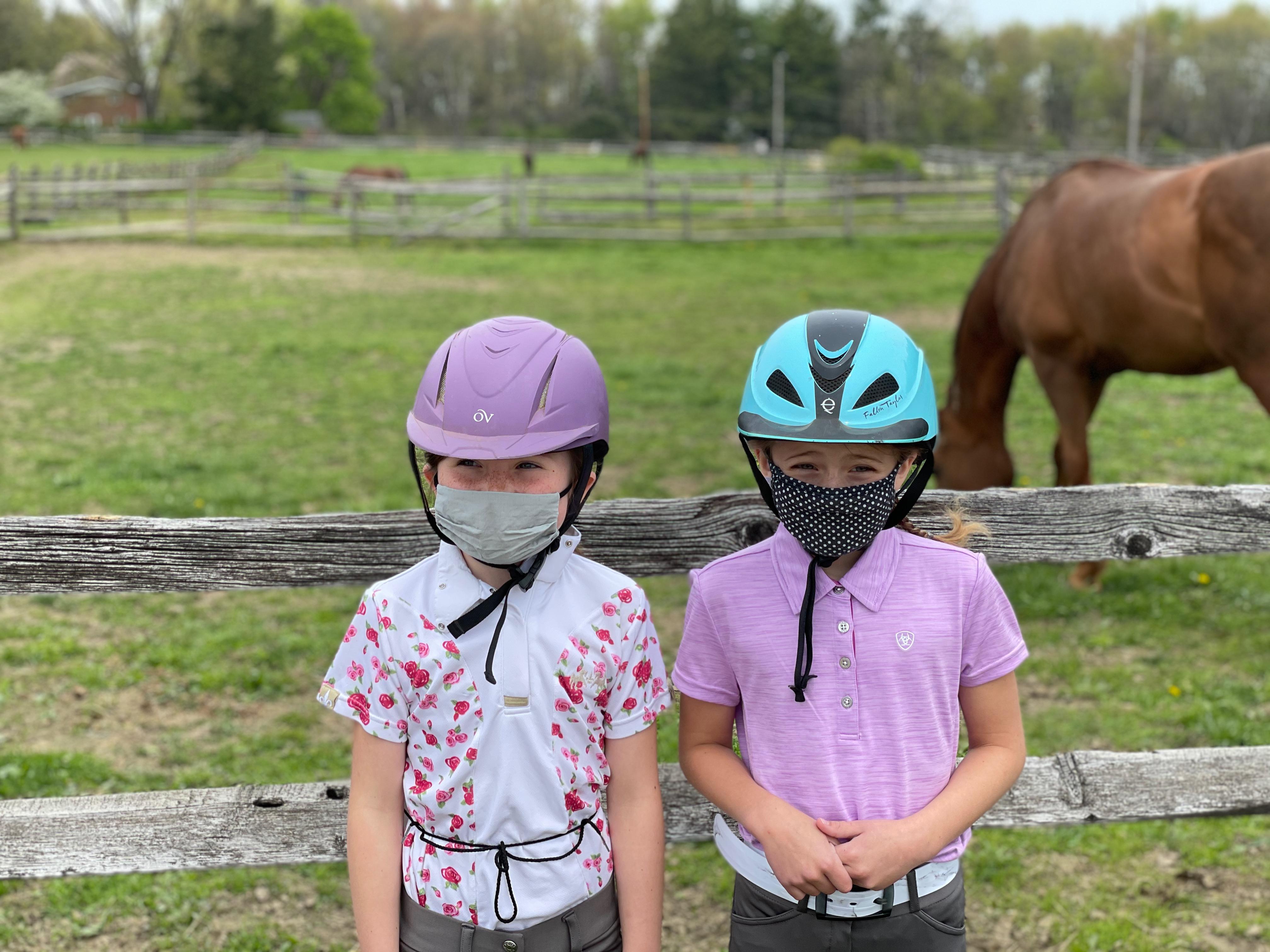 Ellis and her friend Senna, very excited and nervous for their first show. Photo by DeAnn Long Sloan.

I’ve never been one for participation trophies or ribbons — even at the earliest stages of competition. I always thought it was my rather competitive nature. After all, I was raised by a man who would ask, “Why bother playing if you’re not trying to win?” This was in reference to card games, boardgames, team sports and any other competition one might enter.

Now, his point wasn’t that you shouldn’t play if you couldn’t win, but that the objective of competition was, of course, to come out on top. Looking back, I don’t think he would have disagreed with the sentiment that being second just meant that you were the first loser, but that’s a discussion for another time.

But here’s the thing: even though winning was valued and pushed, we were still taught to be good sports. We were taught that being a sore loser is unacceptable and being a sore winner is even worse.

As a lifelong competitor, I’ve always placed extreme emphasis on good sportsmanship. I can remember very clearly the times I have fallen short as a sportsman, and I still feel a rush of guilt when I recall them. Fortunately, those times have been few and far in between. As a coach, I tried to instill in my athletes the importance of good sportsmanship both on and off the court (I coached volleyball players, not equestrians). And as my oldest child begins her competitive career — albeit at the entry level — I try to make sure I am instilling the same in her. 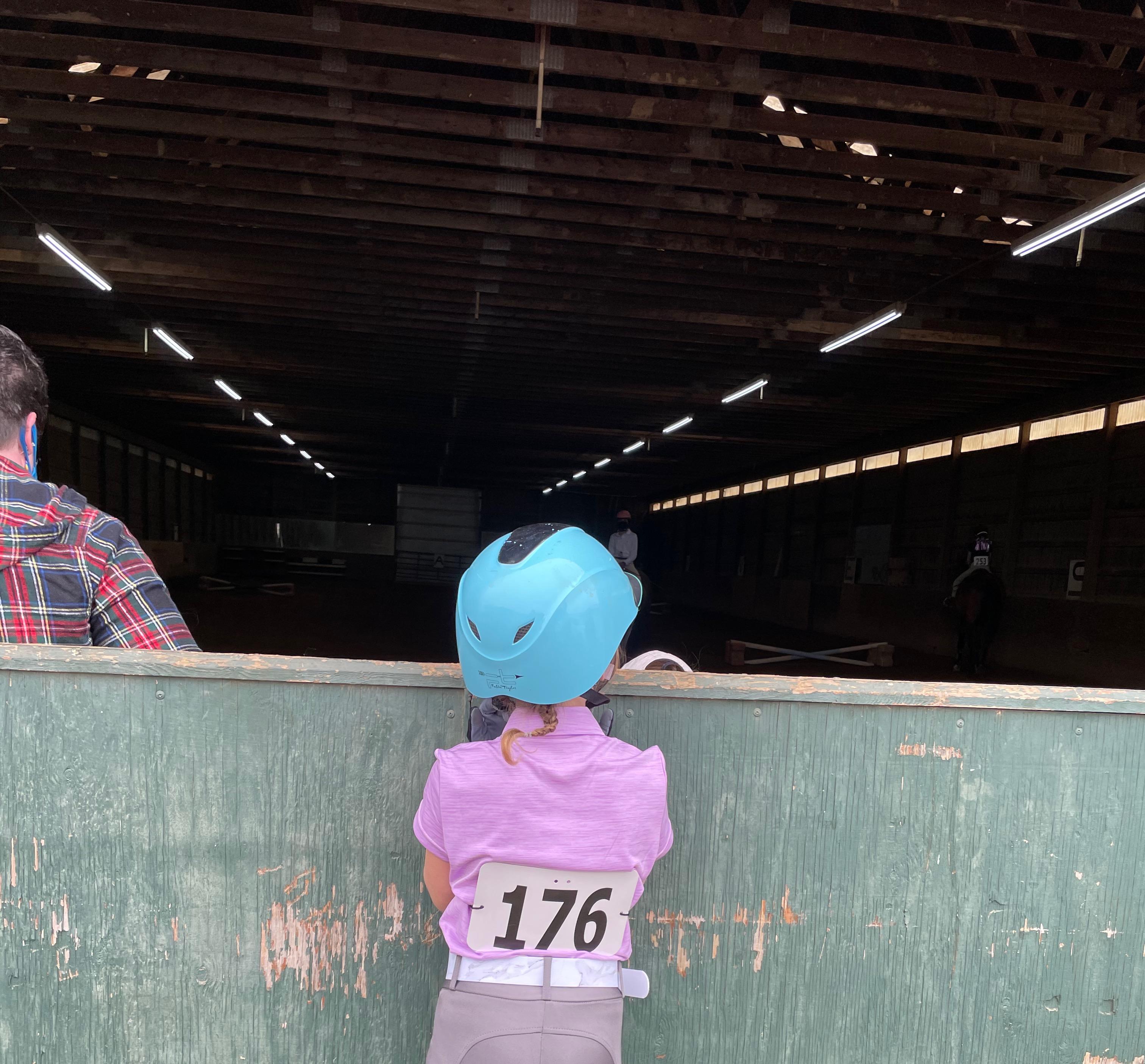 Looking on, waiting for her turn. Photo by DeAnn Long Sloan.

However, it wasn’t until recently that I really thought about how to go about instilling this idea of good sportsmanship and grit in my kids. As a coach, it was easy (haha — “easy”) to sell it as a program philosophy and culture: We don’t gloat when we win. We don’t speak poorly of our opponents. We keep our heads held high and shake our opponents’ hands after the match no matter what the outcome. It didn’t matter what the players said in the locker room or what their parents told them in the car on the drive home: as a program, we were classy and exuded sportsmanship. This is what we do. Easy enough.

It’s a lot different when you’re trying to coach your own kid to become the competitor and the sportsman you know she can and should be. It was only after watching her struggle in her first schooling show (one where she actually had a full class and not everyone would pin) that it occurred to me that there is only one way to really teach your child to be a good competitor: Let your child lose.

As a parent, instilling all those values is hard.

I stand by my opening line about not believing in participation trophies, but here’s the thing. When it’s your kid waiting for the judge to call her name to retrieve a ribbon for her walk/trot over crossrails class and you see her face fall every time her number isn’t called (especially when the judge mistakenly reads three numbers that are all in the same series as hers), it’s hard. And you find yourself really really hoping for a ribbon for your kid, even though you watched the class and know she missed her diagonals when other kids didn’t. You still want your kid not to suffer the heartbreak because you know she tried really hard and she’s just learning about diagonals in the first place. You find yourself thinking that maybe participation ribbons —  just this time, just for the first show — wouldn’t be so bad. Or at least I did. 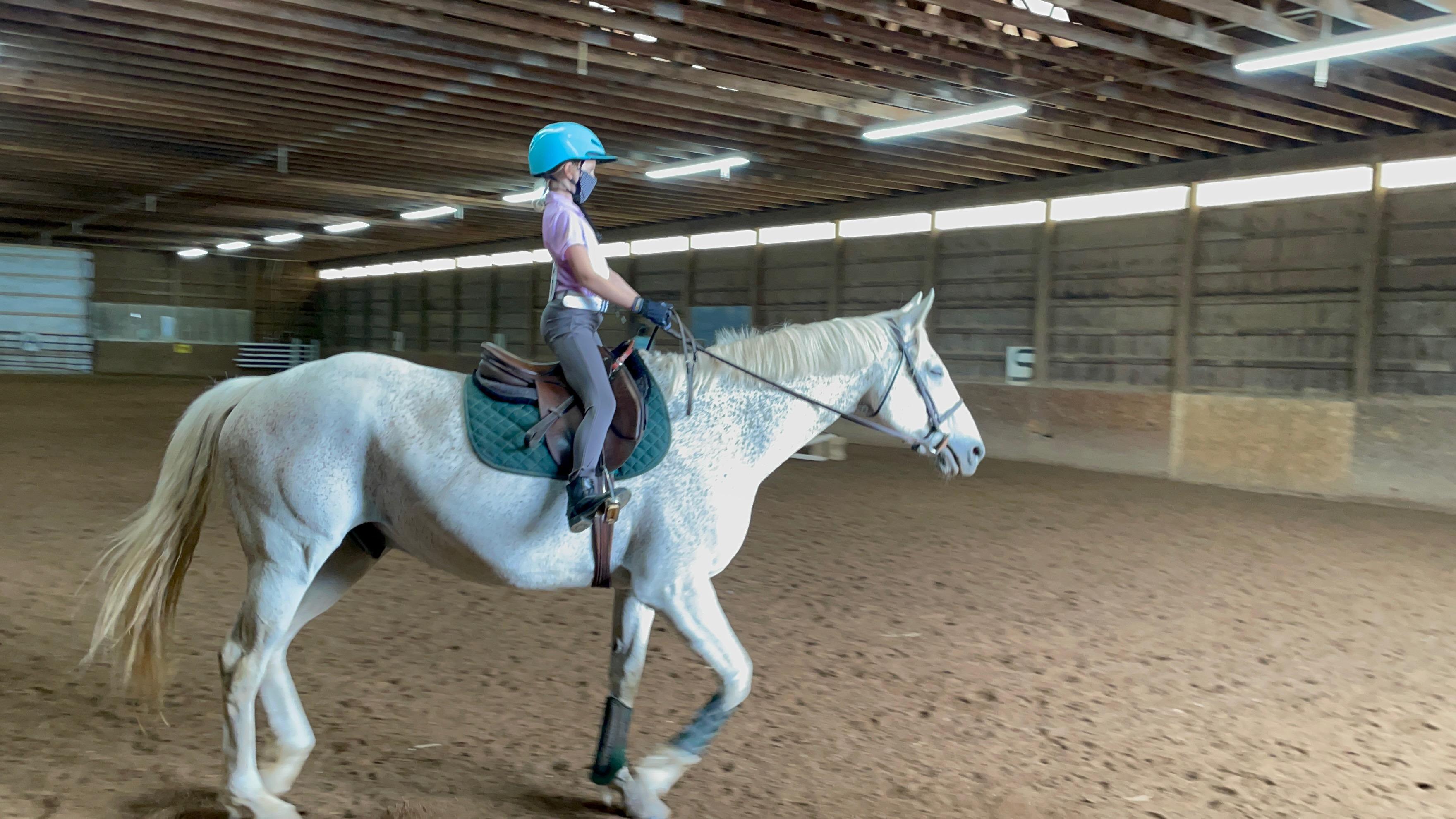 Ellis on Jack, her noble OTTB lesson steed. She got her diagonal during this particular shot. Photo by DeAnn Long Sloan.

And those tears in the back seat of the truck on the way home? Well, they teach that there’s a lot of medicine in some Dunkin’ Donuts or an ice cream cone.

So, let your child lose. It’s probably the best lesson she’ll get. 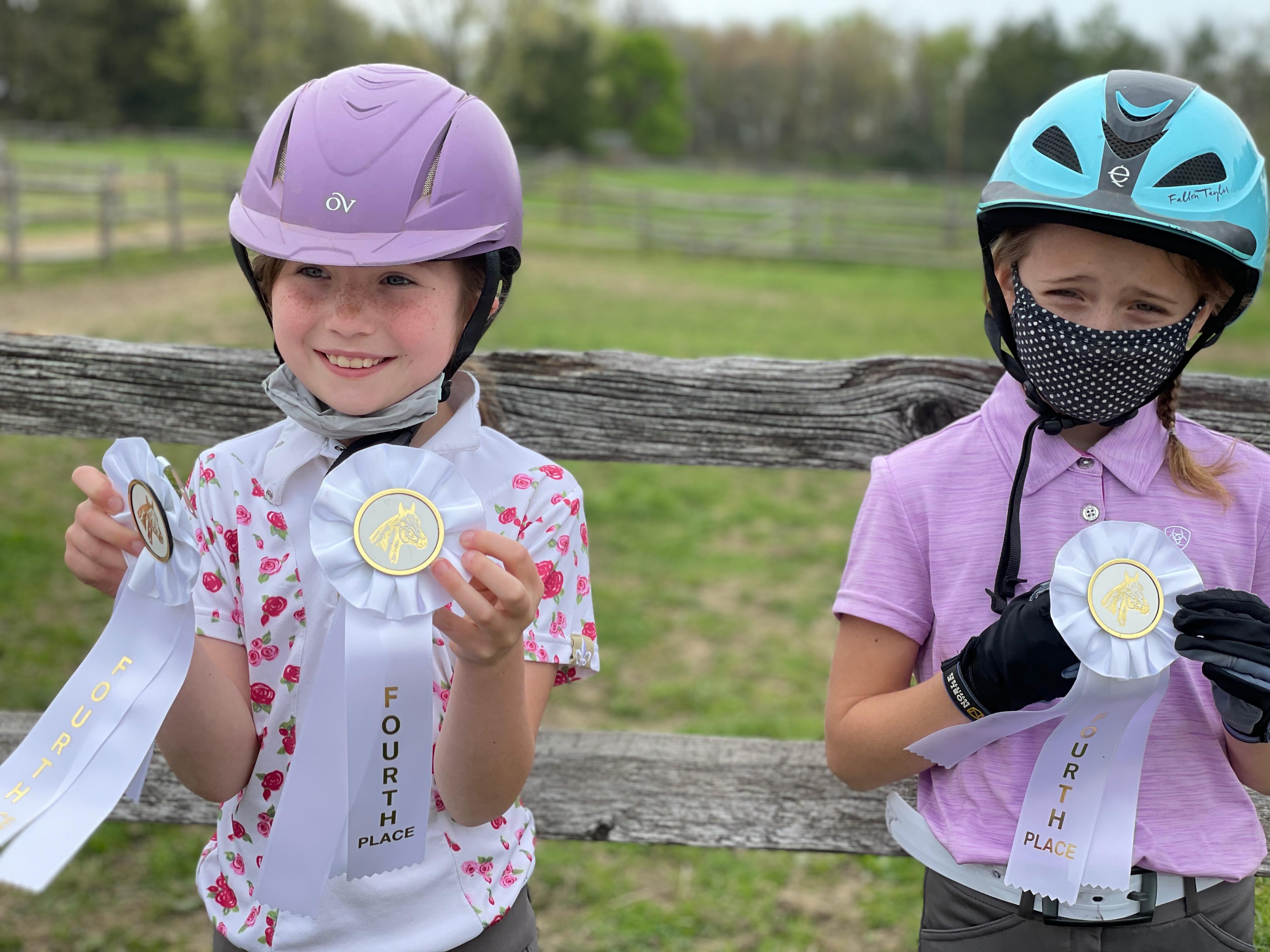 She did finally pin in one class, but if you look closely, you can see the tears behind the mask (which she refused to remove because she was so upset). Photo by DeAnn Long Sloan.