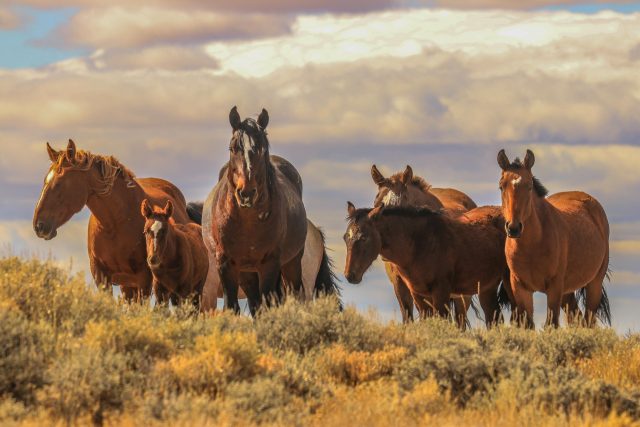 Although the 50th anniversary of the Wild Horse Protection Law just passed, Wyoming’s Mustangs are scheduled for one of the federal government’s largest removals. Dr. Joanna Grossman of the Animal Welfare Institute tells more. 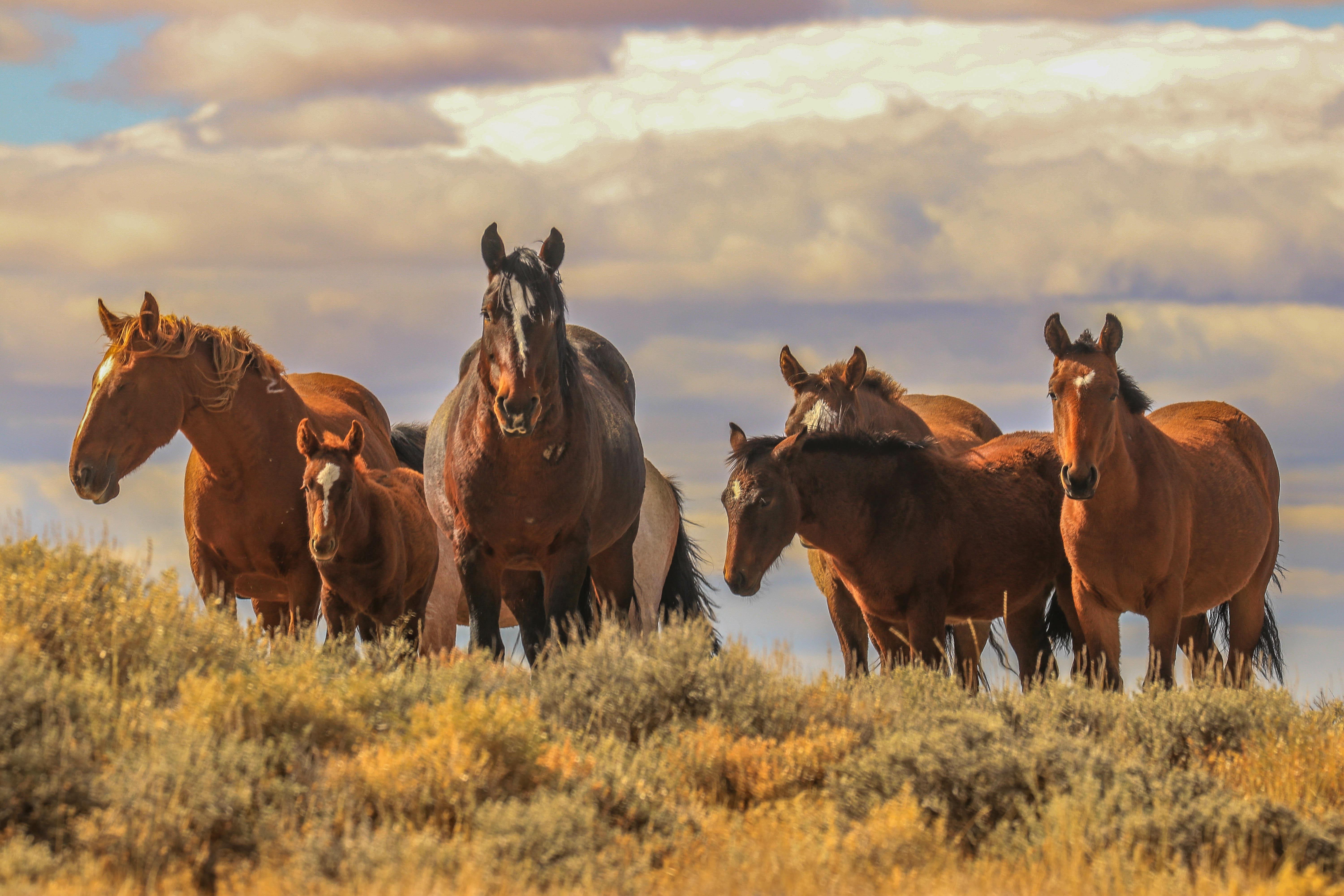 December 15 marked the 50th anniversary of the Wild Free-Roaming Horses and Burros Act, which enshrined protections for America’s wild mustangs to prevent them from being captured, harassed and killed on public lands.

Sadly, this mandate has been largely ignored. In fact, this year’s anniversary coincides with the federal government carrying out the largest removal of wild horses in U.S. history. The Bureau of Land Management — which manages most of America’s wild horses — is removing a staggering 3,555 animals from Wyoming’s Checkerboard region. Over the next few months, nearly 50% of Wyoming’s population of wild horses will be eliminated during this sweeping “gather” (the government’s euphemistic term for roundups) due to pressure from a powerful livestock grazing association.

Roundups are brutal operations where helicopters chase panicked horses and stampede them into temporary corrals, which can result in injury and death. Wild horses are separated from their families and funneled into holding facilities as part of the BLM’s flawed management philosophy that costs taxpayers more than $60 million a year.

Just in the last few weeks, horses in the Wyoming Checkerboard roundup have died after crashing into panels and breaking their necks; one mare died of a ruptured uterus. The operation is scheduled to resume on January 3.

The American public overwhelmingly wants to see horses protected from harm. Yet many people remain unaware that wild horses can languish in corrals for the rest of their lives, or be sold illegally to “kill-buyers” who export them to slaughterhouse facilities across the border.

The massive ongoing Checkerboard roundup exemplifies the BLM’s broken approach to wild horse management.  Welfare concerns aside, these iconic animals help boost local economies. The local travel and tourism board touts the Checkerboard area as “the best chance to see” wild horses and “proof that the American spirit still thrives here.” In the future, however, tourists may be hard-pressed to spot any wild horses in this region, as the current roundup will leave just one horse for every 2,200 acres.

Across the American West, the BLM routinely claims that herds are overpopulated and need to be removed. Absent from the discussion are livestock, which vastly outnumber wild horses and graze on the same public lands – indeed, within the very Herd Management Areas set aside as designated horse habitat. Nationwide, BLM grazing receipts show that cattle outnumber horses by roughly 28 to 1.

After the latest roundup in Wyoming, fewer than 4,200 wild horses will remain — a number that pales in comparison to the estimated 1.3 million cattle statewide.

Still, the BLM shows no signs of slowing down wild horse removal to make way for ranching, mining, oil and gas development, or other extractive industries. The agency’s strategy for the next two decades, outlined to Congress last year, involves spending nearly a billion dollars in the first five years alone to remove tens of thousands of horses from the range.

When the Wild Free-Roaming Horses and Burros Act was signed into law, only about 25,000 wild horses roamed this country, after being targeted for decades by “mustangers” who shipped them off to slaughter. That number was considered dangerously low at the time, necessitating federal protections. Yet today, the government is aggressively trying to reduce the nation’s wild horse population to just 27,000 animals, citing arbitrary “appropriate management levels” that are not supported by science, according to the National Academy of Sciences.

Fortunately, Congress is moving toward real reform. In a historic move earlier this year, House and Senate lawmakers directed the BLM to use a significant portion of its fiscal year 2022 Wild Horse and Burro budget to implement safe and humane fertility control methods to keep horses on the range. Currently, the BLM spends less than 1% of its budget on fertility control, yet proven immunocontraceptive vaccines — successfully used for decades — offer the best chance to break the costly and inefficient cycle of roundups.

Enacted in 1971, the Wild Free-Roaming Horses and Burros Act came at a moment in history when lawmakers took bold action to protect wildlife. The Marine Mammal Protection Act and Endangered Species Act soon followed. It’s past time for our government to rise to the occasion and fulfill its clear legal mandate to preserve wild horses as an integral part of America’s public lands.