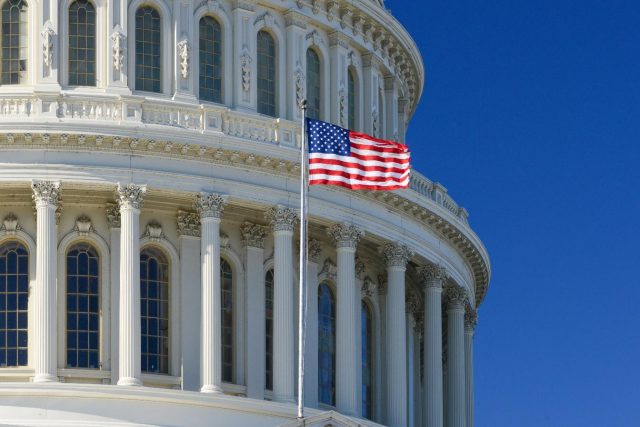 November 3, 2021DeAnn SloanContributor#CONGRESS, Animal Wellness ActionComments Off on Congressional Proposals to Fund Federal Government in 2022 Include Significant Wins for Horses

Here’s a breakdown of the provisions included in Congressional appropriations for 2022 that show progress for equine welfare.

by Marty Irby and Penny Eastman

While 2021 has most certainly been a challenging year with the events of January 6th setting the tone for the 117th Congress, and COVID-19 still lingering, mutating, and spreading, there’s one thing that both humans and horses alike can count on: Congressional appropriations — the annual spending bills required to be enacted each year in some form to continue funding the operations of the federal government. Numerous programs are included that provide us a tremendous opportunity to beef up and enhance provisions that benefit animal welfare, and the voiceless we all care so deeply about.

Each year, we work from office to office – all 535 of them in Congress – to submit requests to appropriators for the provisions and funding we’re advocating for. In many instances, appropriators have automatically adopted the provisions we support, and in some instances, we’ve had to work diligently in a relentless pursuit to pass committee and floor amendments to secure more obscure or controversial funding from Congress. 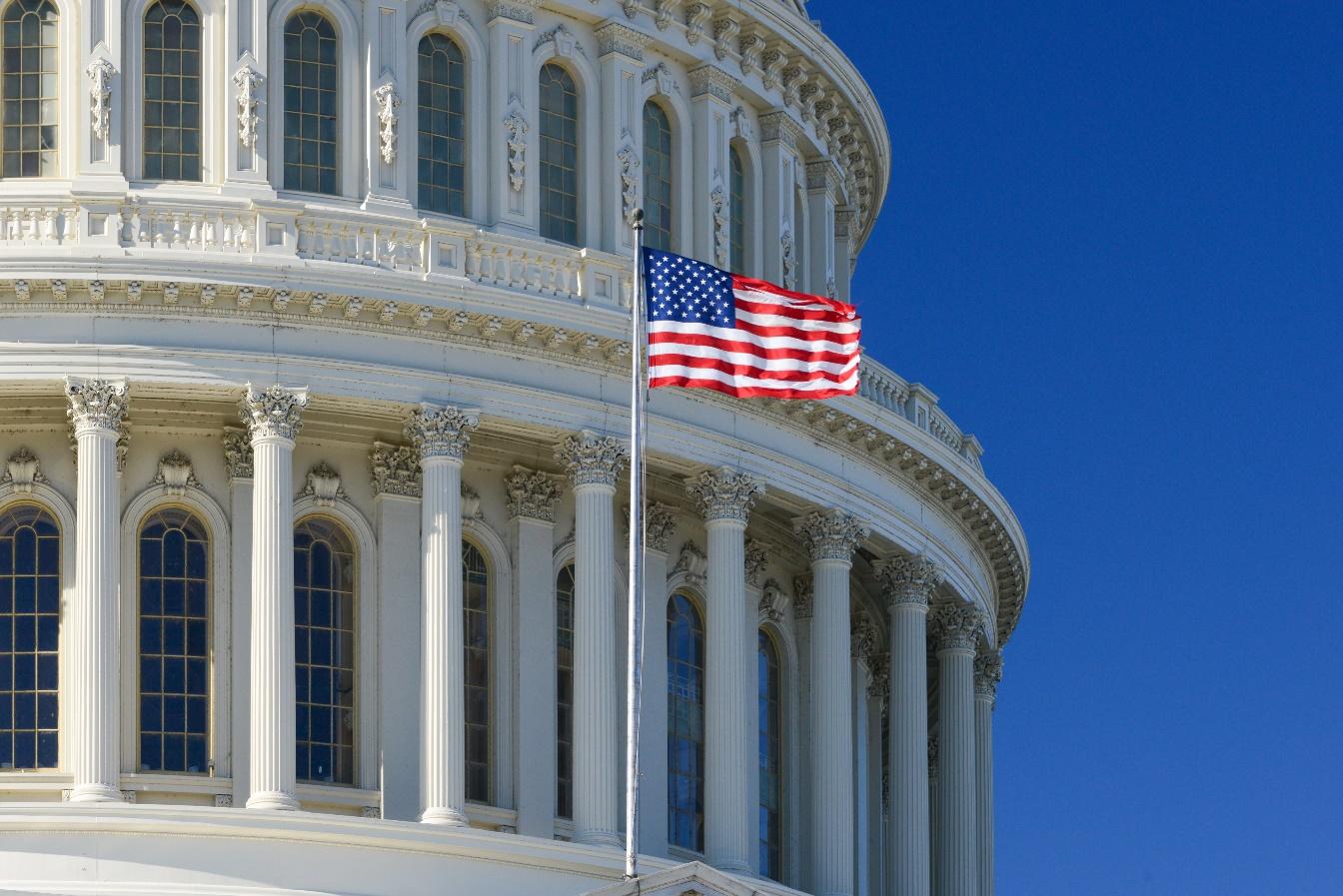 In 2019, Animal Wellness Action (AWA) led the charge on a $2 million House floor amendment that passed in roll call vote designed to provide the resources to the Dept. of Justice (DOJ) for creation of an Animal Cruelty Crimes Unit (ACCU) that would enforce existing laws on the books like the Horse Protection Act of 1970 and the Preventing Animal Cruelty and Torture (PACT) Act we worked to get signed into law that same year. We also successfully passed a $1 million House floor amendment to fund similar enforcement work at the Dept. of Agriculture’s Office of Inspector General (OIG).

We followed up in 2020 with a $1 million amendment that passed by a voice vote for the DOJ’s ACCU, a $1 million amendment for the OIG funding, a $750,000 amendment for funding of a new OIG report on USDA’s Horse Protection Program, and an $11 million amendment originally conceived by Animal Wellness Action to direct the Bureau of Land Management (BLM) to more effectively implement proven and safe birth control in wild horse herds living on federal lands – effectively eliminating the BLM’s justification for the cruel mass helicopter roundups of tens of thousands of animals that have led to public alarm and concern this year.

We started working earlier than usual on appropriations this year and were fortunate to secure nearly every provision we’ve been seeking in the House-passed spending bills. And with the release of the U.S. Senate’s spending bills for Fiscal Year 2022 last week, most of the cards are now on the table for public viewing, and we’ve provided a breakdown of the provisions we’ve lobbied hard to secure.

Language to maintain the de facto ban on horse slaughter through defunding the inspection of horse slaughter plants has now become an automatic, with both the House and Senate bills containing the defund language that keeps horse meat off the table.

And as always, AWA has made funding for enforcement of the Horse Protection Act (HPA) to end soring a very high priority and worked with leaders in the Tennessee Walking Horse breed to secure $3,040,000 in HPA funding in the House spending bill and $2,400,000 in the Senate version. That’s a record-breaking amount of funding that had never been above $705,000 annually until AWA started pressing for more funding when we opened shop in 2018, and well above the $2,009,000 provided for 2021 and $1,000,000 provided for in 2020, a steady increase each year. And $300,000 for USDA to “begin utilizing swabbing for prohibited substances and other science-based inspection methods, radiology, and other objective measures as part of its horse soring inspection protocol.” A request made by Reps. Steve Cohen, D-Tenn., Ron Estes, R-Kansas, Jan Schakowsky, D-Ill., Hal Rogers, R-Ky., John Rose, R-Tenn., and Sen. Richard Shelby, R-Ala., at the urging of AWA and leaders in the walking horse breed. 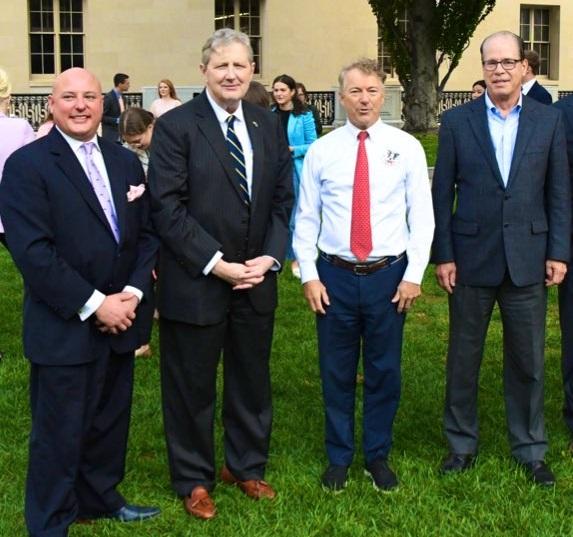 The Senate spending bill for DOJ funding contains language directing DOJ to explore the possibility of creating the ACCU to better enforce the Horse Protection Act that our 2019 and 2020 House floor amendments sought to achieve thanks to the leadership of the Senate Subcommittee’s leaders, Jeanne Shaheen, D-N.H., and Jerry Moran, R-Kansas.

Right in line with the AWA-conceived PZP amendment we ran in the House last year, both the House and Senate appropriations packages now contain include $11,000,000 for “research on reversible immunocontraceptive fertility control and its administration;” $11,000,000 to “enter cooperative efforts with other Federal partners to significantly progress research on reversible immunocontraceptive fertility control and its administration.” This important funding will help prevent the birth of foals who would be subject to roundup with mass helicopter chases by the BLM’s Wild Horse and Burro Program staff and contractors who we’ve seen treat the roundups like their own private rodeos this year. Both Cohen, and Rep. Dina Titus, D-Nevada have been tireless champions for the implementation of PZP.

But unfortunately, once again – we see the so-called “Path Forward” still on a course for continued execution in 2022. This program is vacuuming up horses from the West and is a disgraceful use of federal dollars that former Action Director of the BLM said would cost the taxpayer $5 billion in the long run. 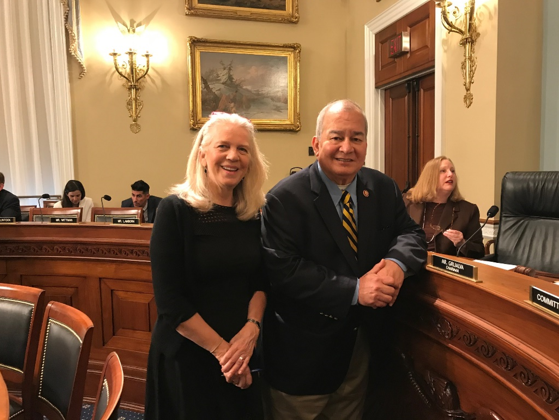 While these provisions are just a few of the many included in the federal spending bills released, they are funding strategies that AWA’s lobbying team worked diligently to secure, and we will keep pressing forward to ensure their finalization in the year-end spending package that’ll likely marry the differences between the House and Senate versions in December.

Marty Irby is the executive director and Penny Eastman is the deputy director of federal affairs at Animal Wellness Action in Washington, D.C. who are both seasoned lobbyists that previously worked in various positions in the U.S. Congress