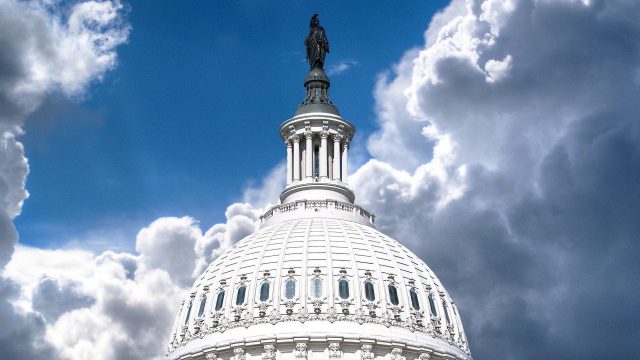 “All in all, I’d say July was a pretty darn good month for the horses we all care so deeply about, and we owe much of this success to you, the readers of Horse Nation. We applaud each of you along [those] who championed and supported these measures.”

The supporters and readers of Horse Nation have truly made a difference for our iconic American Wild Horses and Burros in the past few weeks. Many of you read my most recent piece Horse Nation published regarding the BLM’s terrible plan to roundup and incarcerate the horses and burros on public lands, and you took action and told Congress to do something about it. Your efforts, and that piece, sparked ABC News Live to run a national story on the issue, and then we pursued an $11 million amendment to the House of Representatives’ H.R. 7608, the State, Foreign Operations, Agriculture, Rural Development, Interior, Environment, Military Construction, and Veterans Affairs Appropriations Act, for fiscal year 2021, that funds the U.S. Department of the Interior, Bureau of Land Management, and Department of Agriculture. 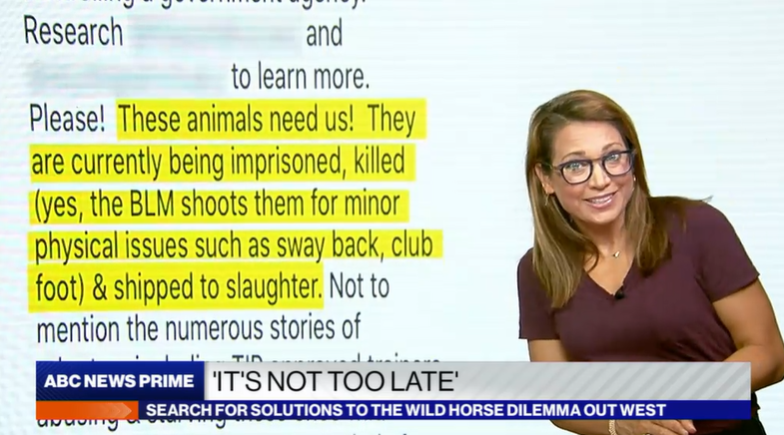 The amendment was one of many wins for horses in the U.S. House this month and directs the BLM to use the $11 million to implement humane fertility control – PZP – within the wild horse and burro populations. Using the funding for PZP would prevent the money  from being utilized for inhumane helicopter roundups, mass incarceration and draconian surgical sterilizations in the field amidst the sweltering heat. Each horse that remains incarcerated costs the taxpayer $1,600 per year, and even the BLM’s Acting Director – William Perry Pendley – has said it would cost $5 billion to continue on. During these trying financial times amidst COVID-19, we can save a huge chunk of cash by utilizing PZP that only costs $30 per dose per horse per year.

U.S. Rep. Steve Cohen, D-Tenn., a “knight in shining armor” for the horses in Congress, stepped up in a big way by leading the effort to fund PZP, and was joined by Republicans and Democrats from all over the U.S., including many western states where the wild horses reside. Reps. Dina Titus, D-Nev., Raul Grijalva, D-Ariz., Joe Neguse, D-Colo., Brian Fitzpatrick, R-Penn, David Schweikert, R-Ariz., David Price D-N.C., Peter King, R-N.Y., Deb Haaland, D-N.M., John Katko, R-N.Y., Jan Schakowsky, D-Ill., and Ben McAdams, D-Utah. Titus gave a gripping speech in front of the House Rules Committee. Cohen himself may have said it best regarding the amendment that “will force the Bureau of Land Management to move away from cruel and costly helicopter roundups toward humane management of these national symbols of our wild lands.” 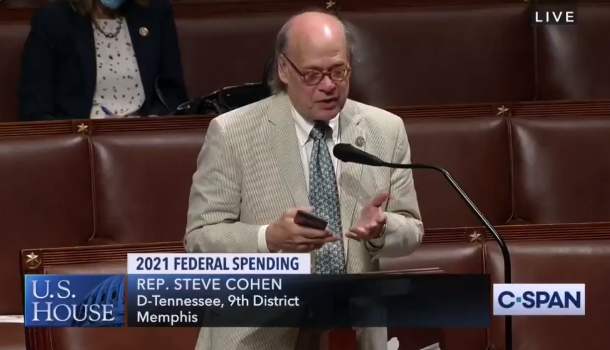 U.S. Rep. Steve Cohen speaking on the House floor about his wild horse and anti-soring amendments. Photo from C-SPAN.

And he didn’t stop pushing for horse protections with those in the wild, he also lead another amendment that requires $750,000 be utilized by the Dept. of Agriculture’s Office of Inspector General (OIG) to complete an audit by July 31, 2021 of USDA’s Horse Protection Program, enforcement of the Horse Protection Act, and Slaughter Horse Transport Program. The last audit was completed in 2010 and clearly detailed the ineffectiveness of the USDA’s Horse Protection Program that has failed to end the practice of soring — the intentional infliction of pain to Tennessee Walking, Racking, and Spotted Saddle horses feet and limbs to achieve an artificial high-step known as the “big lick” that’s rewarded at prized events in Tennessee and throughout the Southeastern U.S. That audit should prove to be a valuable tool in our efforts to end the scourge of soring and to permanently outlaw horse slaughter in the U.S., and the shipment of horses for slaughter as well.

And in addition to this funding, the base bill we all jumped in to amend doubled USDA’s Horse Protection Program’s budget from $1,000,000 to $2,000,000 for 2021, a provision pushed by Rep. Hal Rogers, R-Ky., for a program that had never had more than $700,000 before last year. It also included language that urges the U.S. Secretary of Agriculture – whomever that may be in 2021 – to implement a 2017 regulation that would eliminate the use of large stacked shoes and ankle chains used in the soring of horses to exacerbate the pain. In a one-two punch back in 2017, President Obama’s Director of the Federal Register, Oliver Potts, had failed to publish the final rule, and President Trump’s agriculture advisor, Brian Klippenstein, prevented it from moving forward in the new Administration. 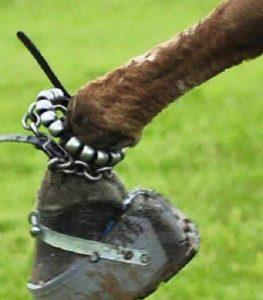 All in all, I’d say July was a pretty darn good month for the horses we all care so deeply about, and we owe much of this success to you, the readers of Horse Nation. We applaud each of you along with Cohen, Neguse, and the Members of Congress who championed and supported these measures. And now as we push to secure these same provisions for the horses in the U.S. Senate’s 2021 federal funding package, we need you to help out one more time by taking action here asking your Senators to do their part to protect the very horses whose back this country was built upon.

Marty Irby is the executive director at Animal Wellness Action in Washington, D.C., a former 8-time world champion equestrian, and past president of the Tennessee Walking Horse Breeders’ & Exhibitors’ Association who was named one of The Hill’s Top Lobbyists for 2019. Follow him on Facebook, Twitter, and Instagram @MartyIrby. 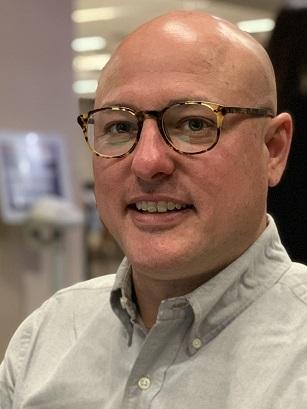