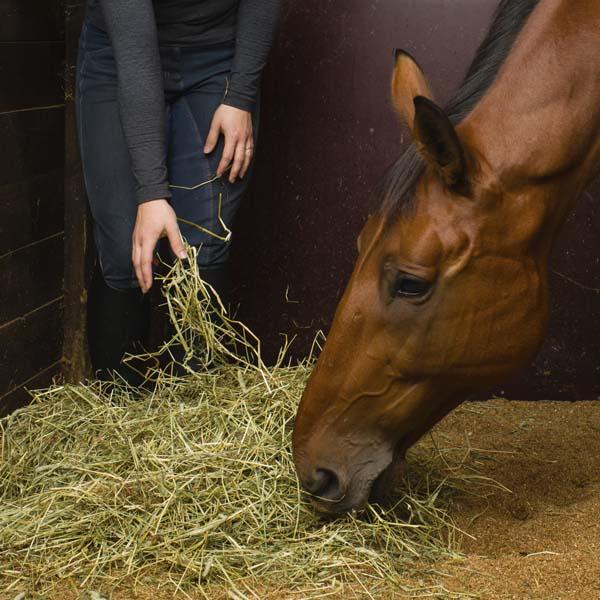 Do you know the difference between prebiotics and probiotics? And does it really matter?

The terms probiotic and prebiotic are showing up more and more often on feed bags and supplement labels. But what do these terms really mean? Is one better than the other? For many, it is a real mystery.

The logical place to start is by clearly defining each term. Most scientists agree that the term prebiotic refers to selective ingredients that support the growth of the microbes that reside in the horse’s gut. In very simple terms, prebiotics serve as food for the microbes.

Probiotics, on the other hand, are living microorganisms, which reach the intestine in an active state and thus exert positive health effects upon the horse’s intestinal tract, immune system, and the intestinal microflora.

Probiotics and prebiotics are not the same, and depending on the reason you are using them, not interchangeable terms. It is important to know the difference between the two so that you can choose the correct ingredient to address your horse’s problem.

Taking a Closer Look at Prebiotics

One of the most commonly found ingredients on feeds and supplements claiming probiotic benefits is Saccharomyces cerevisiae. However, S. cerevisiae is not a true probiotic. Many researchers contend that S. cerevisiae should not be considered a probiotic because it does not reach the intestinal tract in a viable (live) state. S. cerevisiae does support the healthy functioning of other microorganisms within a horse; however, there is limited research that suggests S. cerevisiae directly modifies the health and well-being of the horse itself. Given this information, S. cerevisiae fits the definition of a prebiotic, and cannot be classified as a probiotic.

Common prebiotics used in the horse nutrition industry are derived from components of lysed yeast cell walls, the primary components of which include mannon oligosaccharides (MOS) and beta-glucans. These substances have demonstrated the ability to bind with strains of harmful bacteria such as E. coli, Campylobacter and Salmonella, helping to flush them out of the horse’s system.

By selectively supporting the beneficial populations and activities of the residential bacteria, while simultaneously shuttling harmful pathogens out of the intestinal lumen, prebiotics work double duty to ensure a balanced and healthy microbial population.

Benefits of a True Probiotic

S. boulardii does not naturally reside in the horse’s GI tract, so it must be provided in the diet. Since it does not persist past several days, administration needs to be continual so as to optimize its benefits.

S. boulardii mitigates the adhesion of pathogenic bacteria such as Salmonella and E. coli to the tissues of the intestines much in the same way a prebiotic does, by binding to them and flushing them out of the system. However, S. boulardii administration goes one step further and reduces or stops chronic and acute diarrhea by binding up the toxins produced by Clostridium difficile (a major contributor to equine diarrhea).

S. boulardii secretes factors while moving through the gastrointestinal tract that improve the functionality of and expedite healing of the intestinal lining and enteroluminal spaces.

S. boulardii stimulates the enzymes that play a role in sugar and starch digestion in the small intestine, thus reducing the amount of pass-through starches and sugars that negatively affect the microflora in the hind gut.

This all suggests that S. boulardii is more than a preventative agent but also plays an active role in supporting a healthy intestinal environment—the hallmark of a true probiotic.

Fight back against dangerous dehydration and electrolyte imbalances with Summer Games® Electrolyte.

Summer Games is a unique blend of both electrolytes and trace minerals specifically formulated to replenish critical electrolytes in the proper ratios. Summer Games supports healthy electrolyte balance so horses stay hydrated, perform at optimal levels, and recover faster after exercise or in stressful situations.

Summer Games contains a research-proven electrolyte formulation that was originally developed for the horses competing at the 1996 Olympics. Formulated using the results of extensive research studies investigating the composition of sweat, Summer Games contains both key electrolytes and trace minerals in the actual amounts that are present in the sweat.

Not sure which horse supplement best meets your horse’s needs? Kentucky Performance Products, LLC is here to help. Call 859-873-2974 or visit KPPusa.com.