July 14, 2021DeAnn SloanContributor#WILD HORSES, Op-edComments Off on The Spirit of the Onaqui: A Plea for President Biden to Save America’s Most Iconic Herd

Marty Irby and Ashley Avis issue a plea to those in Washington to stop the roundup of the iconic Onaqui herd.

By Marty Irby and Ashley Avis

Although it’s rarely seen, there is still a little magic left in the world, and it’s right here in the USA, housed on our very own public lands: the Spirit of the Onaqui. This is the wild horse herd we spent time with over the Independence Day weekend. It was a majestic day filled with purpose, passion, and inspiration. We traveled to Rush Valley, Utah, about two hours from Salt Lake City, to visit the iconic Onaqui— arguably the most visited and photographed wild horses in America — residing on federal lands managed by the Bureau of Land Management (BLM). 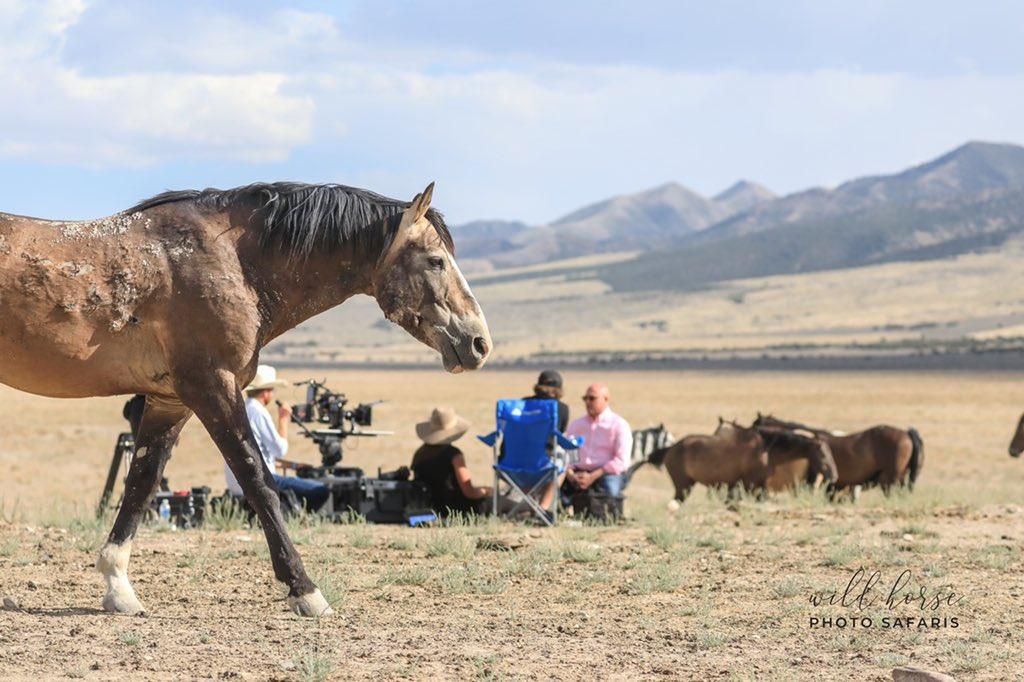 The adventure was breathtaking as we watched the famed horses in awe. While filming the upcoming documentary “Wild Beauty: Mustang Spirit of the West,” bystanders and photographers observed “Buck,” a beautiful buckskin stallion circling and checking us out. Perhaps he was waiting for us to take a break and say hello. We observed two bachelor stallions playing in the water, and we saw Moondrinker, Charger, and Goliath – three famed Onaqui who’ve long attracted tourists and have enabled new ecotourism businesses like Wild Horse Photo Safaris to grow and thrive.

But the thrill of our day, and the highlight of our visit to meet the Onaqui, was the sighting of “Old Man,” a near 30-year-old grey stallion — truly an icon and a national treasure. A stallion in his natural environment, Old Man’s silvery flowing hair represents the decades of policies he’s miraculously survived at the hands of bureaucrats and politicians.

While our documentary has been in the works for three years now, we have never been graced with a single sighting of Old Man. This week sadly marked our very last day filming this herd before the impending roundup, and at long last, we finally caught a glimpse him. His coat was as white as the winter season of his life, he was slow yet graceful, and he was alone. Old Man revealed himself. We immediately turned our camera to film a few moments of him, lest he leave us as quickly as he’d come.

But what was even more miraculous, perhaps, was that Old Man didn’t leave… he stayed with us until sunset. As the other horses galloped away, Old Man remained on a small ridge as the light faded, casting a golden halo all around him. He watched us as we filmed him, capturing the details of his eyes, the wind knots in his mane. It was as if he was saying the Onaqui were with us. It was as if he was telling us thank you. We were all deeply moved and emotional. And then, as the sun finally dropped behind the horizon, Old Man walked away, alone once more, into the mountains.

Our adventure in Rush Valley followed a tremendous morning at the State Capitol where we were joined by more than 100 advocates and actress Katherine Heigl at the Wild Horse and Burro Freedom Rally. It was a fantastic day, and the enthusiasm radiated throughout the event. The Spirit of the Onaqui was with us there too. 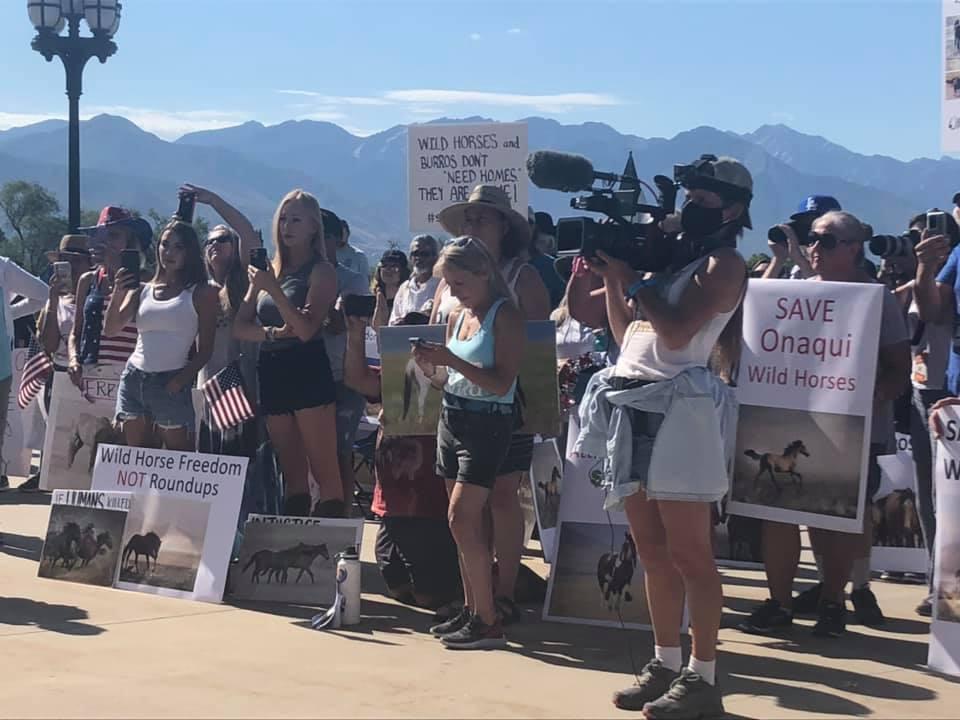 We gathered on the steps of the Utah Capitol on a very fitting weekend to exercise our right to peacefully assemble and protest the unspeakable: the eradication of the treasured Onaqui that President Biden’s BLM is started rounding up with a draconian helicopter chase this week. It is perhaps the greatest injustice we have witnessed in the equine world, and it must be stopped.

In April, more than 70 groups sent a letter to Interior Secretary, Deb Haaland, who oversees the BLM, asking for a freeze on grazing permits to prevent beef cattle ranchers from taking over dedicated wild horse lands, and received no response. We followed in May with a letter from more than 90 groups directly to Biden with no response.  And when the press reached out to both Haaland and the President, they declined to comment, and Haaland doubled-down testifying before Congress that she was sticking with the roundup plan, a plan authored by industrial agriculture interests, and some misguided animal groups who were hoodwinked. The so-called ‘Path Forward’ that will eradicate 75% of all wild horses and burros on federal lands. And on Friday, the BLM doubled-down with a slap in the face to wild horse advocates in a press release stating the roundup will occur, with the first day closed to the public. 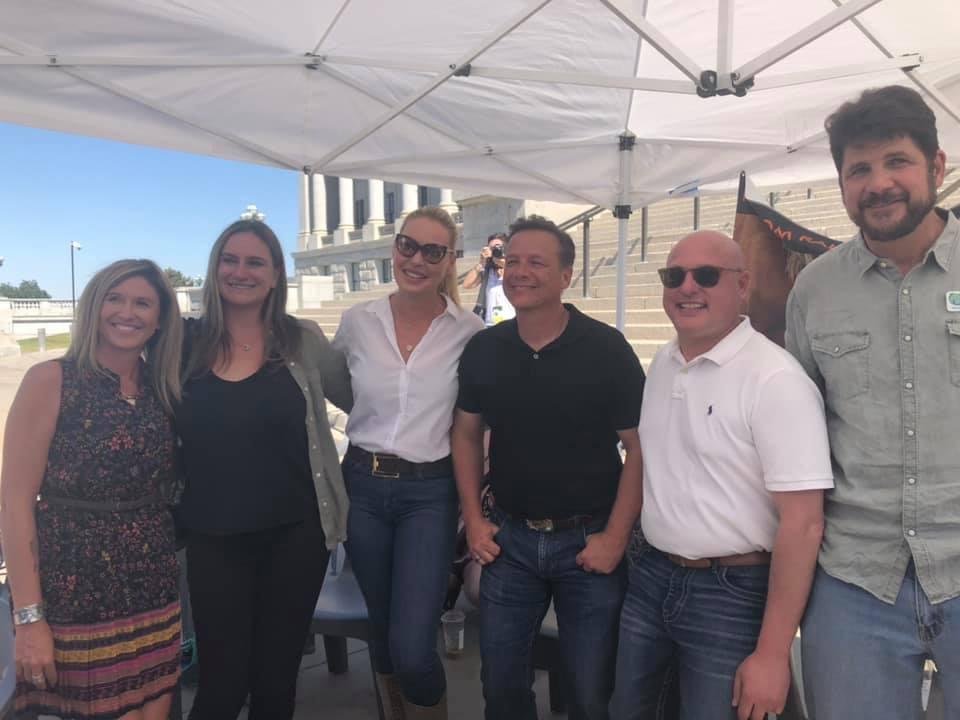 Industrial agriculture and cattle ranching interests have long sought to wipe out the iconic Onaqui herd, and others, and it looks like they may get their wish unless the President steps in and uses his power of Executive Order to stop it. At this eleventh hour, Biden is our only hope, and he has the opportunity to go down in history as the man who saved the Onaqui or the man who purged them from their home, doomed them to incarceration, and handed them a one-way ticket to Mexico to be slaughtered and served up as slabs of meat on foreign dinner plates in countries like China and Japan.

Marty Irby is the executive director at Animal Wellness Action in Washington, D.C. who was recently honored by Her Majesty, Queen Elizabeth, II for his work to protect horses. Ashley Avis is the director of Disney’s Black Beauty film, and founder of The Wild Beauty Foundation who resides in Los Angeles, CA.