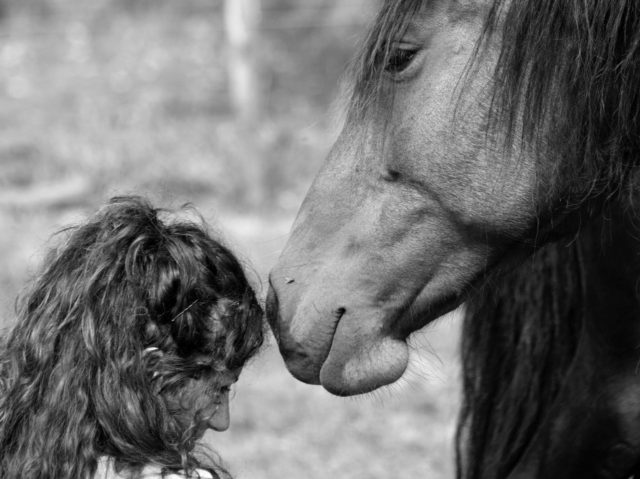 In this excerpt from their book Equus Lost? biologists and ethologists Francesco De Giorgio & José De Giorgio-Schoorl challenge popular assumptions about the horse as a prey animal and what that means for his relationship with humans. 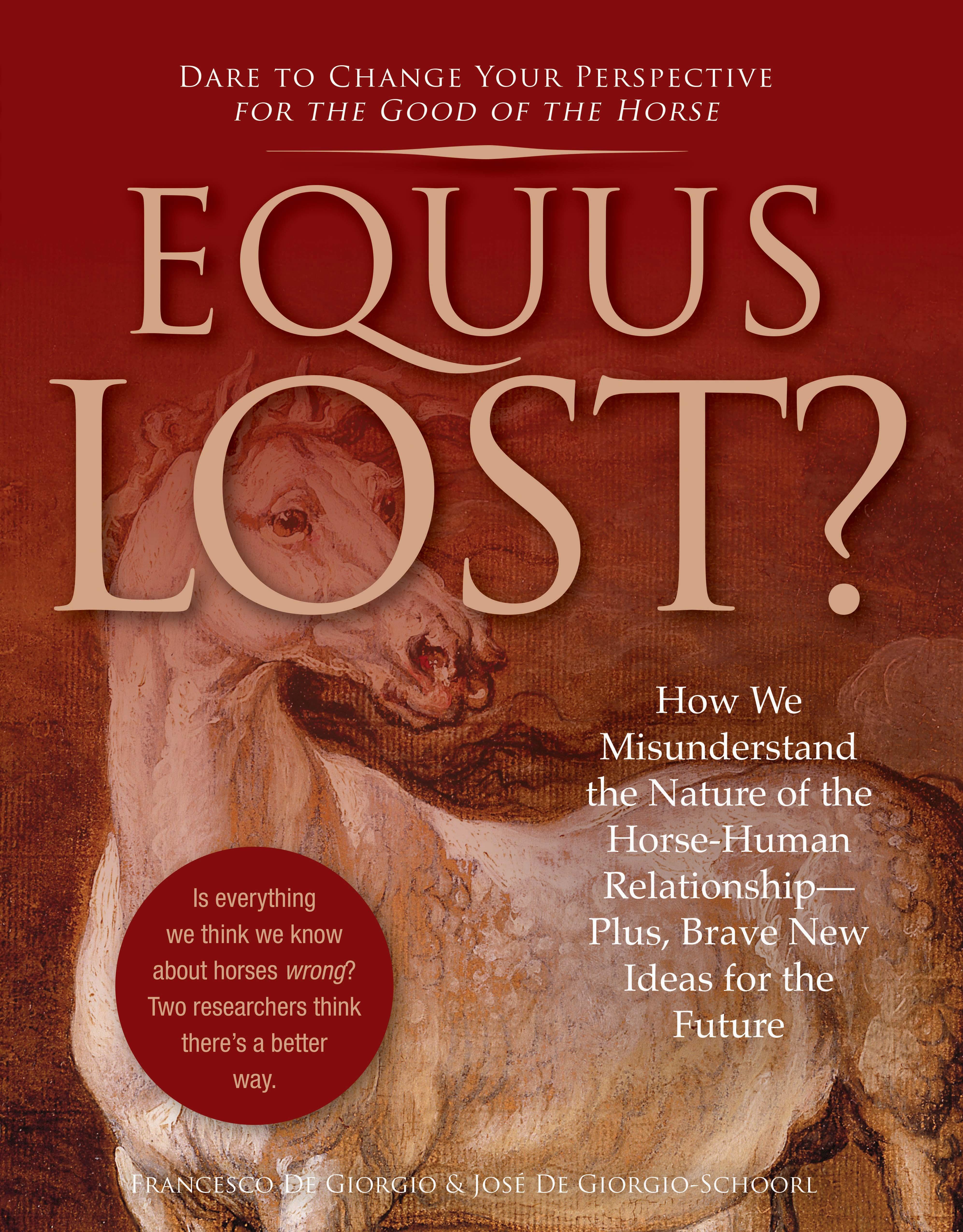 Thinking of them merely in terms of prey or “fight-or-flight” animals is clearly too simple and doesn’t make it possible for us to see them as they truly are.

Many modern training methods, however, focus on this simplistic concept that horses are flight and reactive animals that need to be controlled if we want a safe and efficient interaction. In reality, they become fight-or-flight animals as a result of their coexistence with humans.

So, what we should ask ourselves is why domestic horses feel the need to show so many reactive behaviors.

All horses are born cognitive. Their cognitive abilities allow them to understand themselves, their initiatives, each other, their environment, and their social context. However, due to their coexistence with humans, horses gradually change because not only do they usually grow up in a context in which the elements that make a socio-cognitive environment have vanished, but they also start to fulfill a human purpose. They start to respond to stimuli with behavioristic responses without actually processing the information. It is not surprising that what we then see is an unpredictable flight animal.

Perceiving horses as flight animals is a deep-rooted belief that influences many aspects of human behavior toward them. It is present in a wide range of situations. Here is a simple example: Someone leads a horse out to a field. At the moment the halter is taken off—or the rope is detached from the halter—the horse gallops away. If the horse doesn’t run away, he is often given a “friendly” tap on his rump or an arm is waved to encourage him to charge off.

But why should he run? And if he doesn’t run off, why do so many of us feel the need to trigger that reaction? As a symbol for freedom, perhaps?

This is just one of the many moments in which horses, in their coexistence with us, are pushed into adopting a reactive behavior. Due to these habits and beliefs, many of the ideas in the horse world (whether scientific ones or folk knowledge) are based on the calibration of a behavior pattern that is formed and influenced by a context that man has created for horses, and the experiences he has forced them to live. The fact that we can then see their reactive responses just reinforces the assumption that horses need strict and clear rules to avoid confusion—that they need humans to take charge. 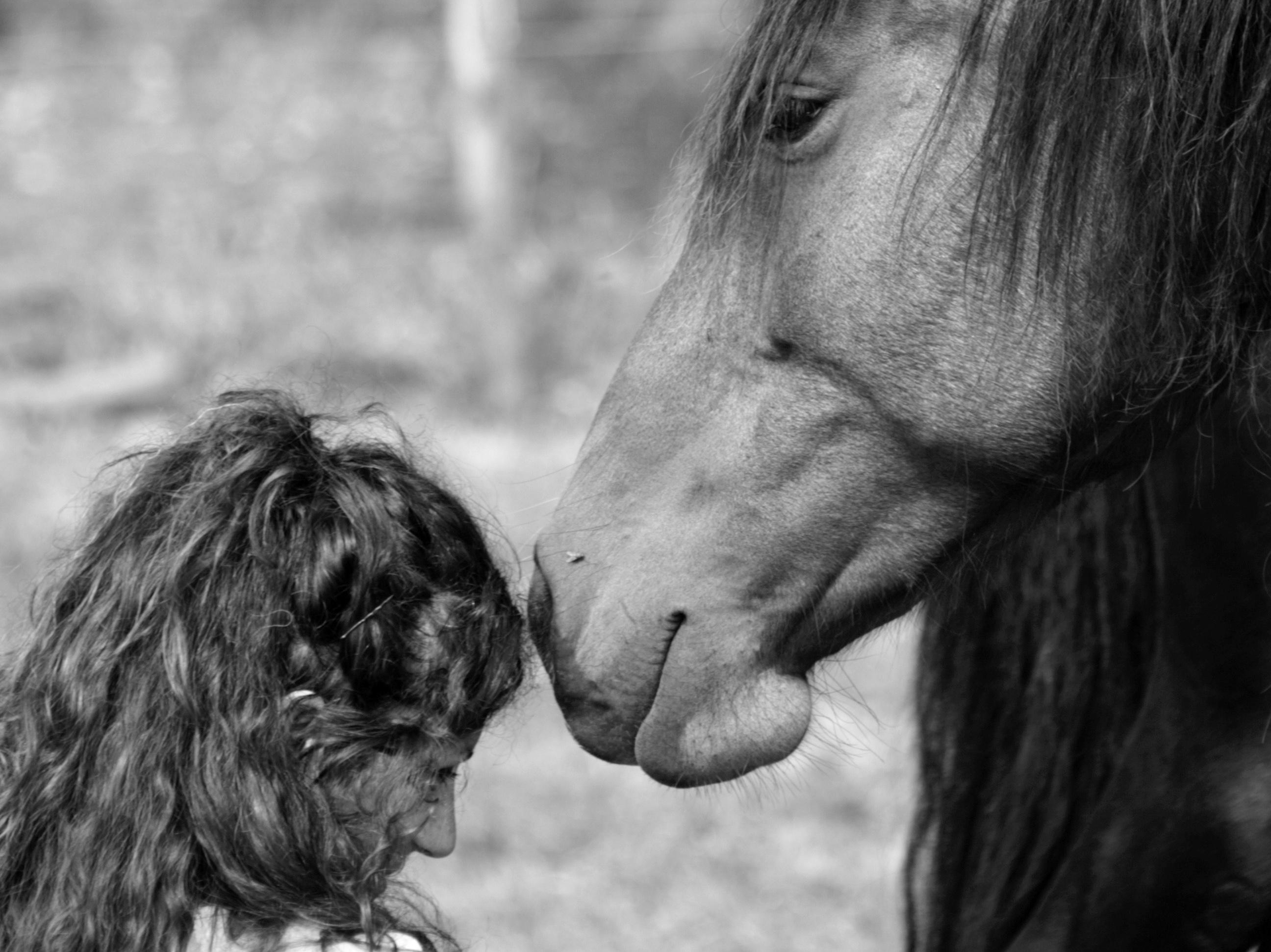 The point is that horses become helpless and reactive animals in an interaction that does not take into account the horse. If we want to meet their needs, develop their true inner potential, and allow for quality of life, we need to change our approach. Instead of the current focus on their physical potential and understanding how to exploit them (we try to make them run faster, jump higher, lift their knees higher, trot extremely long distances, and more, all in line with the distorted view man has of them), we need to create opportunities for them to experience and understand their own life—even the most minute details of their living habitat—and create room for an inter-species dialogue.

This excerpt from Equus Lost? by Francesco De Giorgio & José De Giorgio-Schoorl is reprinted with permission from Trafalgar Square Books.

You can purchase Equus Lost? here.