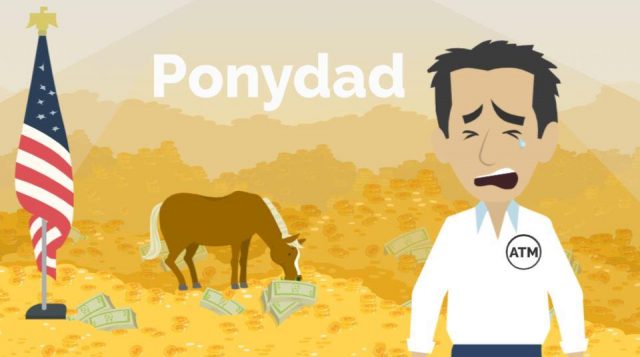 “Today I know very well that one bridle and four bandages is not necessarily enough, even though the pony only has one head and four legs.”

We are excited to continue this series about the trials and tribulations of being a Ponydad. Danish blogger Thomas Pelle Veng shares his experience so other Ponydads can learn from his mistakes. If you missed the first installment of the series, you can catch up here. 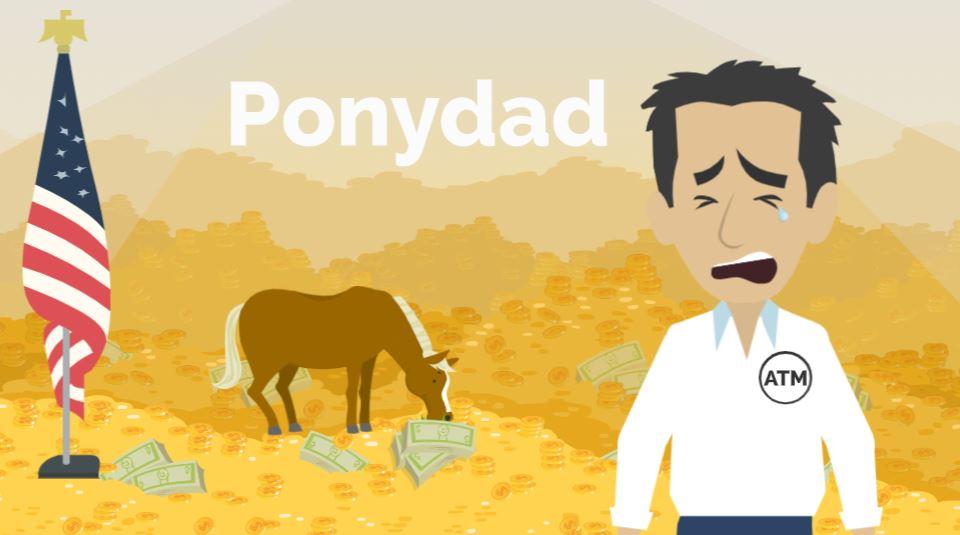 I should have guessed it was an expensive sport my daughter had chosen as soon as I entered the classroom the first day of Ponydad preschool.

With a real danger of becoming a perpetual student, I decided to take matters into my own hands and take a closer look at the many bills and how, even now that I am in Ponydad college, they can make me sweat when I see horse things that cost 200 quids but look like something I could have made myself.

Despite the fact that there is a large market for used equipment and my wife and daughter are very sensible about where they put their hard earned pony-dollars, saddles, bridles and other equipment aren’t  cheap. The money quickly disappears, even if you change the gallop to tölt. If you don’t know what tölt is, just ask a Ponymom or your all-knowing nano-rider.

I remember one evening about seven years ago when we had a couple of friends visiting. They told us that their daughter had joined the local gymnastic club and that they were shocked at what it costs. Our daughter had been a nano-equestrian for a little over a year at the time, and the amount our friends mentioned matched nicely with what we paid, so we quickly agreed to agree, and justify each other’s outrage. Well, as one bottle of wine turned into two, we had gotten embarrassingly far into the conversation before it dawned on my wife and I that the amount our friends were talking about was their annual cost and not monthly, and we chose to keep it to ourselves. Thank god my daughter hasn’t joint the local vaulting club. Again, ask your nano-rider.

In my first year as a Ponydad, it was as if the flow of bills was endless. I distinctly remember the time my daughter rode pixie shows. Back then, there wasn’t much difference between collecting new riding equipment and rosettes. “But you already got one of those, my darling.” “Yeah dad, but not this one.” Ok, that is probably a little exaggerated, but you probably know what I mean.

As a newbie in the equestrian world, I was often reminded that the sport was an equipment sport. “Yes, yes, I understand,” I finally replied every time the girls came back from the horse shop and I once again asked for the price. But it was, and still is, a truth with modifications. Back then, I sometimes felt as if there was an unspoken rule in the secret Ponymom club, saying that the more equipment, the better the equipage (equipage, nice word — 1 point for Ponydad). In my world, it was equivalent to being proud to be allowed to sit at the high table…. in an insane asylum. It made no sense. However, I have become wiser, and today I know very well that one bridle and four bandages is not necessarily enough, even though the pony only has one head and four legs.

As I was about to end this post last night, I asked my wife how it could be that she has not come home with bags full of horsey stuff for several months. She replied with a big smile that we now had all we needed, and that I could look at the first bills – eight years’ worth of bills! – as a kind of starter kit.

I must go now because they are missing me over at the high table.