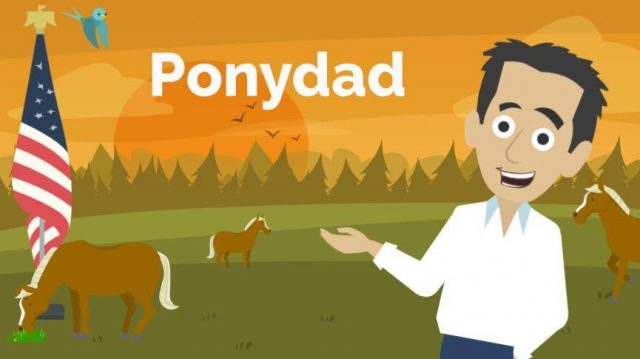 “What exactly is a Ponydad? According to my daughter, a Ponydad is a mix of a joke and a rock. A joke because he doesn’t know anything about ponies and sometimes even is afraid of them, and a rock because he always is there for his kid despite all this.”

We are excited to be launching a new-to-us series about the trials and tribulations of being a Ponydad. Danish blogger Thomas Pelle Veng shares his experience so other Ponydads can learn from his mistakes. 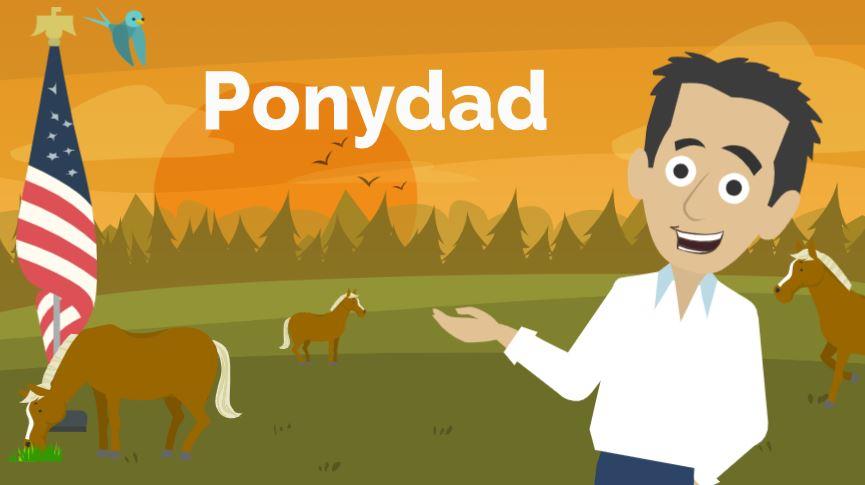 How hard can that horse thing really be?

The first time I was asked if I wanted to write a blog about horses and ponydads, I couldn´t believe it. Asking me for good advice to fathers with children who love horses is like asking a member of VTK — Danish Dyslexic Association — for help with spelling.

In this and the following posts, I open the closet door and EXPOSE my ignorance. It’s a walk-in closet and it’s yawning empty because there’s so much a Ponydad does not understand. Over the past eight years, I have made pretty much every conceivable mistake — and learned from them… most of them, at least. I have forgotten to knock on the door of the arena before I went in, I have been standing behind a horse that had put its ears back and I have used the horn in the parking lot while a bunch of nano-riders were in the middle of a dressage competition.

Today, I still grind my teeth when I think of the horn episode, and I really hope no one got their ride ruined because of me — sorry. The term Ponydad is familiar to most people who deal with horses and ponies. But what exactly is a Ponydad? According to my daughter, a Ponydad is a mix of a joke and a rock. A joke because he doesn’t know anything about ponies and sometimes even is afraid of them, and a rock because he always is there for his kid despite all this.

But why does a person like me with a rather limited knowledge of the equestrian world then choose to write a blog about and to ponydads? The short answer is that no one else has. I am convinced that there is a latent need, in other words a need that ponydads do not even know about when our nano-riders starts riding – because how difficult can that horsey thingy really be?

My hope is that my blog can help the many ponydads appear just a little less silly than I did (and probably still do) when my daughter started riding horses. Back then, my knowledge of these beautiful animals was limited to movies like Hidalgo and My Little Pony nos 1 to 2,000. Back in the days when my daughter started horseback riding, I was convinced that a pony was a baby horse and that an Icelandic horse was a pony. In short, I assumed that it was the size that mattered — does that sound familiar, Ponydad?

My learning curve has been and remains steep when it comes to the four-legged ungulates. Not cows, for them I know nothing about and I still eat them with great appetite, but jokes about horse meat no longer seem quite as funny as they used to.

To my knowledge there are far more women and young girls than men in the equestrian world, but what about those, the ponydads, who stand behind these horse crazy women and young girls? Those who make everyday life stick together and make sure that dinner is ready when the girls come home tired from training at eight in the evening.

I have sat for many hours in the nook of shame in the local stable, and it was one of those times, with the hat pulled down tightly around my ears and the flight suit closed all the way up, in an icy stable that I decided it was time for Ponydad to come out of the closet.