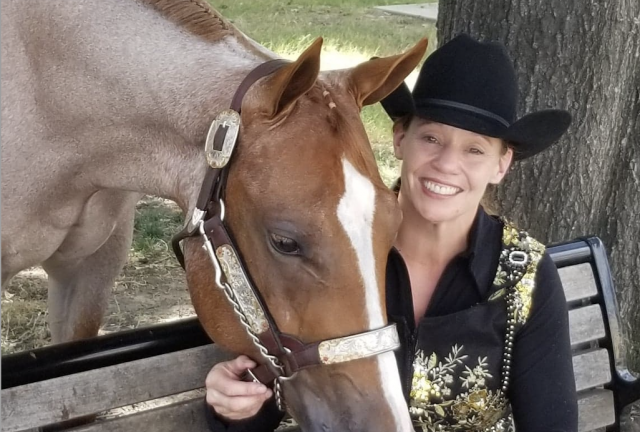 Cheevas On The Rocks was diagnosed with intermittent dorsal displacement of the soft palate, aka DDSP. Fortunately her owner’s determination to keep her healthy has paid off. 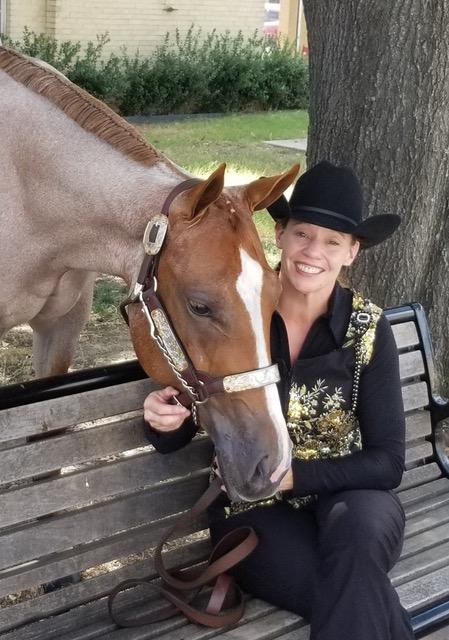 February 2021, Franklin, TN — At just 2-years-old, Cheevas On The Rocks has undergone more than her fair share of health issues and veterinary visits. Her owner, Nathalie Richer of Quebec, is a lifelong horsewoman with a mother’s eye for every nuance involving her young horse’s health and behavior. She needed all her know-how, instincts and experience to help Cheevas.

Early signs of trouble were subtle.

“I noticed during her first year, when she was sleeping, she made a little bit of noise when she breathed,” Nathalie explains. “I wasn’t that worried because otherwise, she was breathing fine, running around and eating well. She wasn’t coughing. I decided that the audible breathing while sleeping was just her way.”

During the summer of Cheevas’ yearling year, however, a clearer problem emerged. Occasional instances of sudden excitement or exertion were followed by struggles to breathe.  These were later diagnosed as intermittent dorsal displacement of the soft palate, aka DDSP.

This is a relatively common cause of respiratory problems in performance horses. It involves the triangular-shaped piece of soft cartilage, the epiglottis, that normally flips up to protect the airway when swallowing. This action prevents food or water from going down the airway (trachea) and getting into the lungs. During exercise, the soft palate should move in a way that opens the airway for maximum airflow. With dorsal displacement, the soft palate displaces upward, obstructing the trachea and limiting air intake.

In Cheevas, the condition presented only occasionally. “When she was surprised or excited, I could tell the air wasn’t coming through. Her cheeks were going in and out, like she was trying to breathe through her mouth.” Knowing that horses can only breath through their nose, it was a worrisome sight.

When it happened, Nathalie immediately stopped whatever activity Cheevas was doing. That resulted in Cheevas making a swallowing motion, which Nathalie later understood as having reset the soft palate. “And then she was totally okay.”

In hindsight, it may seem an easy problem to detect, Nathalie acknowledges. As it happened, though, it was only intermittent, and the filly was otherwise fine.

The onset of coughing, however, made Nathalie suspect something more significant was going on. The coughing occurred after traveling from Quebec to the National Snaffle Bit Association World Show in Tulsa, Oklahoma. It was a dream to simply attend. Cheevas finishing top 10 in the lunge line division, in a big field of quality contenders, was beyond the owner’s wildest hopes. 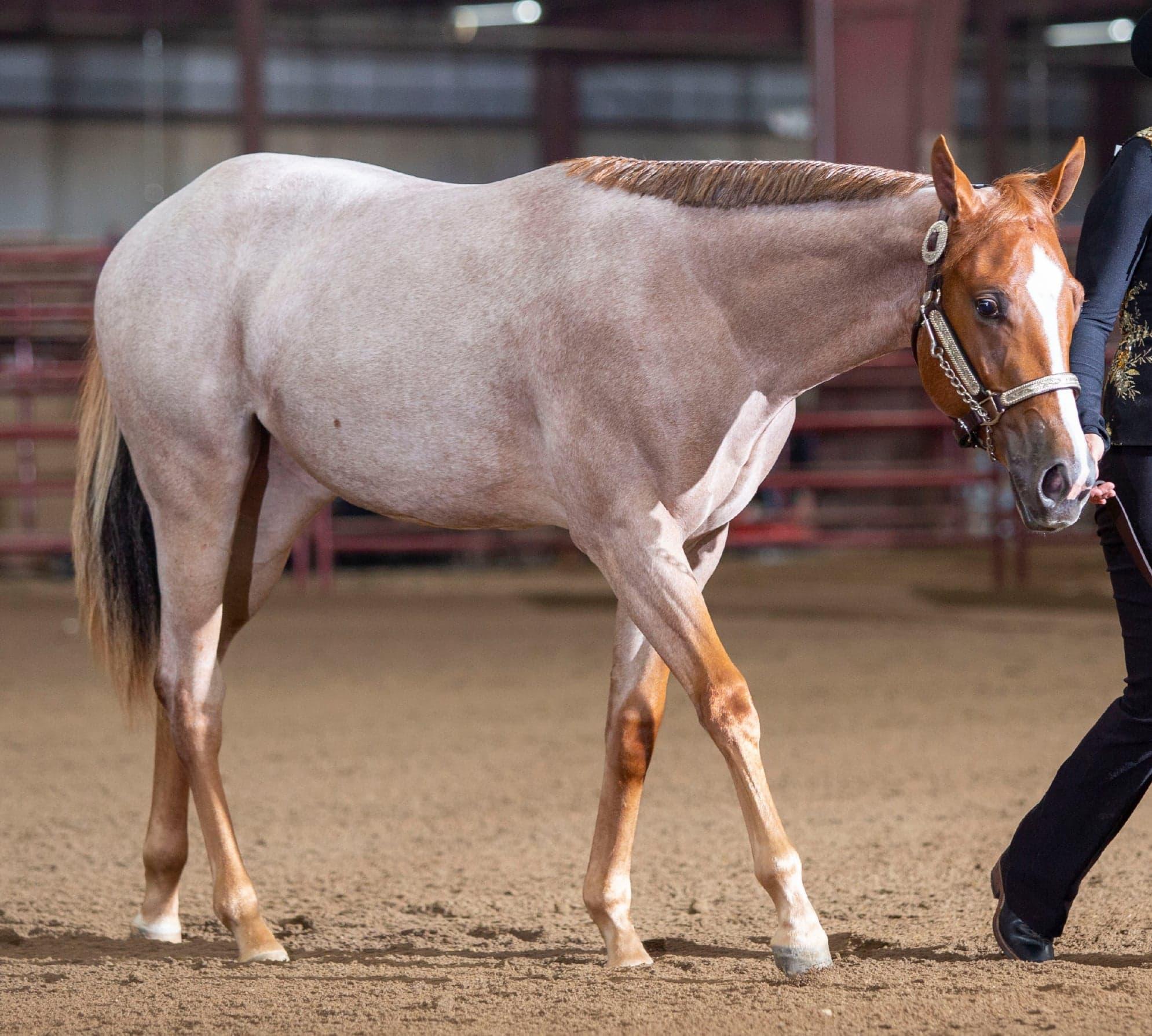 That high was followed by a low: a sudden and serious bout of coughing that happened after the show was over. Cheevas was stabled near a lunging ring that was in use 24/7. Daily watering did little to dampen down the dust. A veterinarian on site attributed Cheevas’ coughing to the dust and told Nathalie it wasn’t cause for concern.

A second opinion led to a diagnosis of equine herpesvirus-4, EHV-4. Traveling horses are susceptible to this respiratory disease and it is a common cause of coughing. It is rarely severe, and Cheevas’s case was mild. The mare vacationed for the following month, spending nights outside and days inside to beat the heat.

During that time, the coughing virtually disappeared, and Nathalie resumed plans to contest the Paint Horse Worlds in Texas in September. Again, a dream just to be there and beyond that when Cheevas strutted her way to the top of the Amateur Solid Paint Breed Yearling In-Hand Trail division.

Back home in Quebec, however, the coughing re-surfaced and Nathalie set out to solve the problem once and for all, starting with the diagnosis.

She brought Cheevas to the University of Montreal’s Veterinary Hospital for a series of tests. The soft palate displacement was diagnosed then, along with inflammation in the upper airways that was constricting airflow. It was not determined whether the palate displacement was causing or exacerbating the airway inflammation or vice versa. A link between airway inflammation and intermittent DDSP has been suggested in a few equine research studies, but has not been widely established.

Allergies were the first suspected cause of the inflammation in Cheevas’ upper respiratory tract. That prompted a one-month treatment of the corticosteroid, dexamethasone. “That didn’t change anything,” Nathalie explains. Next came removing hay from her diet and replacing it with hay pellets. Three or four months of that regimen didn’t change anything either. Allergies weren’t the problem, she concluded.

Nathalie tried environmental options. Cheevas had paper bedding in her stall, she wore a mask when turned out in the arena. She was fed soaked hay, then steamed hay.

While Nathalie is now convinced Haygain high-temperature steamed hay is a game changer for Cheevas, that wasn’t the case immediately. The mare’s boarding situation at the time required Nathalie to steam hay at home each night, then bring a day’s worth to the barn in the morning. Combined with working a full-time job, it was not an ideal set up for Nathalie to get Cheevas clean hay consistently.

Worse, all these combined efforts did not lessen Cheevas’s coughing. The frequency of palate flipping that increased with the coughing stayed the same, too.

So, Cheevas went back to the veterinary hospital for a treatment called palatal sclerotheraphy. Administered by endoscope, this procedure injects a “sclerosing agent,” tetradecyl sulfate, into the submucosal layer of the soft palate. The desired result is stiffening the palate to reduce the instability that leads to it flipping and obstructing the airway.

The procedure is relatively non-invasive and is effective in many cases. It was worth a try. Especially for Cheevas, whose career as a Western Pleasure horse will not entail the levels of respiratory exertion that justify more reliable, yet more invasive and risky procedures to treat DDSP.

The treatment helped reduce the soft palate displacement. So has a new living environment where Cheevas is outdoors most of the day when the weather permits. And so is a steady diet of steamed hay now that the mare is based where Nathalie can keep the steamer on site. “When I steam her hay every day, there is no problem,” Nathalie explains. “If I miss a few feedings with steamed hay, the palate flipping comes back.”

High-temperature hay steaming eliminates up to 99% of the respirable dust, mold, bacteria and other allergens found even in hay of good nutritional quality. When they get into the equine airways, these microscopic particles are a top cause of respiratory problems that are surprisingly common in horses.

Nathalie is grateful to keep Cheevas on a mostly hay diet. The long time it takes to consume is ideal for digestive function and it keeps horses occupied through much of the day.

After all she’s learned on this health care journey, Nathalie is now sure that it’s Cheevas’s asthma triggering the palate problem and not the other way around. Which is good because environmental changes can significantly improve milder cases of asthma like the young mare’s. In Cheevas’s case, those changes were primarily outdoor living and getting a regular diet of steamed hay. Nathalie and Cheevas now never leave home without their Haygain HG One, the smallest of three models. 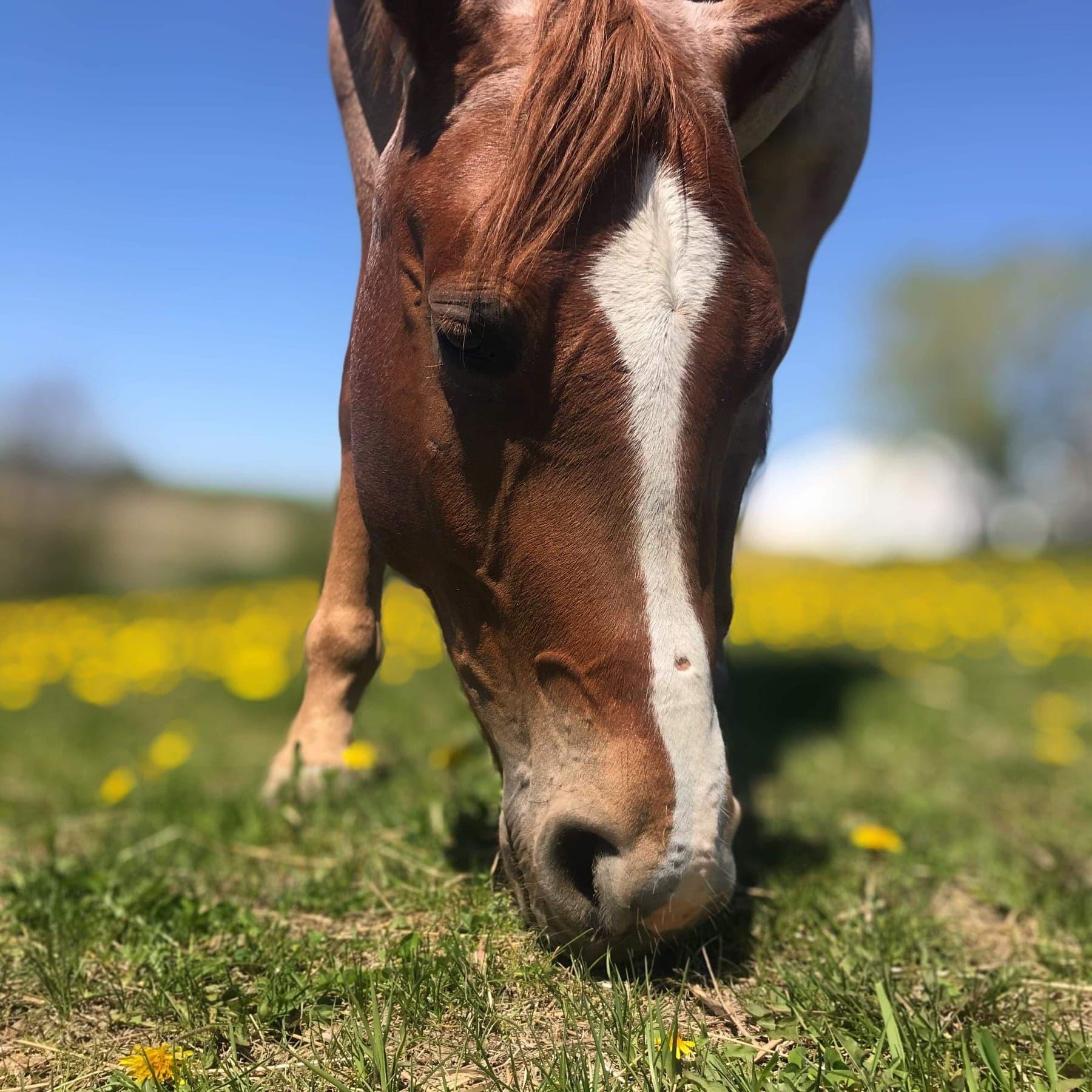 Nathalie is grateful and relieved. She looks forward to getting back on the trail she and the homebred were blazing. Her National Snaffle Bit Association and Paint World accomplishments are remarkable feats for any horse owner. Even more so for a completely unknown pair on a highly competitive circuit.

“There are not many Canadians at these shows, and certainly none from Quebec,” she explains. Nathalie is a mostly self-trained horsewoman who often learned the most by attending shows without a horse to study how others were doing things.

Cheevas holds a special place in Nathalie’s heart. She is out of the horsewoman’s late and beloved mare Zippi Fruti, by UDontKnowJackZip. Cheevas’s sire is the famous Western Pleasure horse, The Rock. Nathalie has high hopes for continuing their show ring successes.

Most important, though, is Cheevas’s good health. Now confident of the causes and effective management of Cheevas’s respiratory issues, Nathalie is happy to have a comfortable, easy breathing young horse with which to ride into the future.