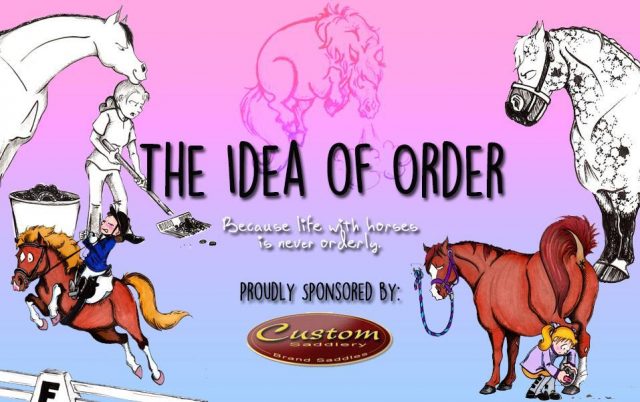 January 13, 2021Morgane SchmidtMorgane Schmidt, the idea of order#THE IDEA OF ORDERComments Off on The Idea of Order: Horses Are Liars…

Seriously, they’re not to be trusted.

For real. Everything is a trap. As a youngster, The Beastlet often walked out of the trailer, into a stall, stood to be tacked up, then lunged like he was auditioning for a western pleasure class. Now some would say that clearly this shows that he doesn’t need to be lunged. That’s a rookie mistake! While it’s a relatively rational thought, horses are anything but rational. In fact, The Beastlet has pulled these shenanigans before, looking very rideable, only to nearly launch us both to the moon upon mounting. Given those experiences, I’ve grown very skeptical of his AQHA lunging routine. Of course, in traditional equine fashion, he did just the opposite of what was expected and was actually a total saint. I’d like to think this means that the next time he does his jog about on the line it will also be an accurate reflection of his mood, but that’d be taking too much for granted. 😉

Morgane Schmidt is a 37-year-old teacher/artist/dressage trainer/show announcer/ who still hasn’t quite decided what she wants to be when she grows up. A native Floridian, she now lives in Reno, NV, where she’s been able to confirm her suspicion that snow is utterly worthless. Though she has run the gamut of equestrian disciplines, her favorite is dressage. She was recently able to complete her USDF bronze and silver medals and is currently working on her gold. Generally speaking her life is largely ruled by Woody, a 14.2 hand beastly quarter horse, Willie, a now beastly 10-year-old Dutch gelding, and Milona DG, a 3 year old KWPN chestnut mare (you can make your own inferences there…). Visit her website at www.theideaoforder.com. 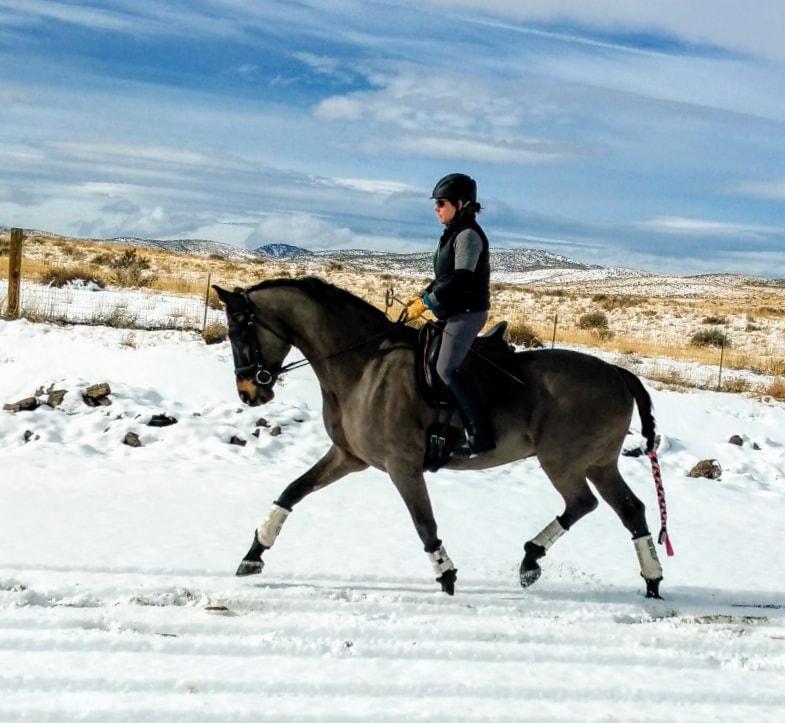