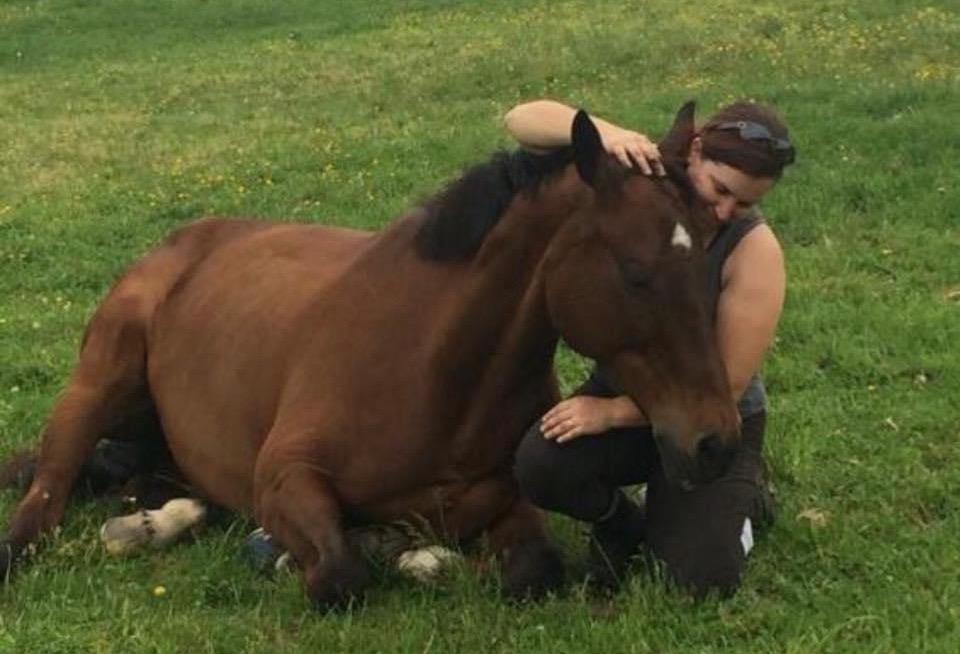 January 6, 2021Leslie WylieLeslie Wylie#ESSAY, #IN MEMORIAM, #YOUR TURNComments Off on Farewell to an HN Legend, Bugsy the One-Eyed Wonder Pony

Horse Nation would like to bid farewell and pay our respects to a legend — Bugsy the one-eyed wonder pony. He passed away Tuesday, apparently quietly and at peace.

One of our favorite things about Horse Nation is when we get the opportunity to share a truly unique, special, heartwarming story that resonates with readers and inspires us all to continue to hope, dream, work hard and achieve the impossible.

One of our all-time favorite such stories is that of Elizabeth O’Connor and Bugsy, a one-eyed Thoroughbred that Elizabeth purchased as a not-quite-two-year-old for $500. We first met this pair in the fall of 2014, Bugsy now 16 years old, after they’d just completed their first Intermediare I dressage test. We were excited to publish a follow-up in June 2017, when Elizabeth and Bugsy, after multiple challenges and setbacks, achieved the USDF Gold Medal — while Elizabeth was in her third trimester, proving again that modern-day fairy tales can in fact come true. Bugsy made another appearance on HN that September, after Elizabeth’s son was born and Bugsy got to meet his younger “brother!”

The story of Elizabeth and Bugsy is a true underdog tale of a unique pair achieving great success thanks to their years of hard work. As Bugsy was a horse that had a big fan base among HN readers, we wanted to share that Bugsy passed away last Tuesday unexpectedly, appearing to be quick and quietly overnight. Elizabeth kindly shared this remembrance of her special partner with us. 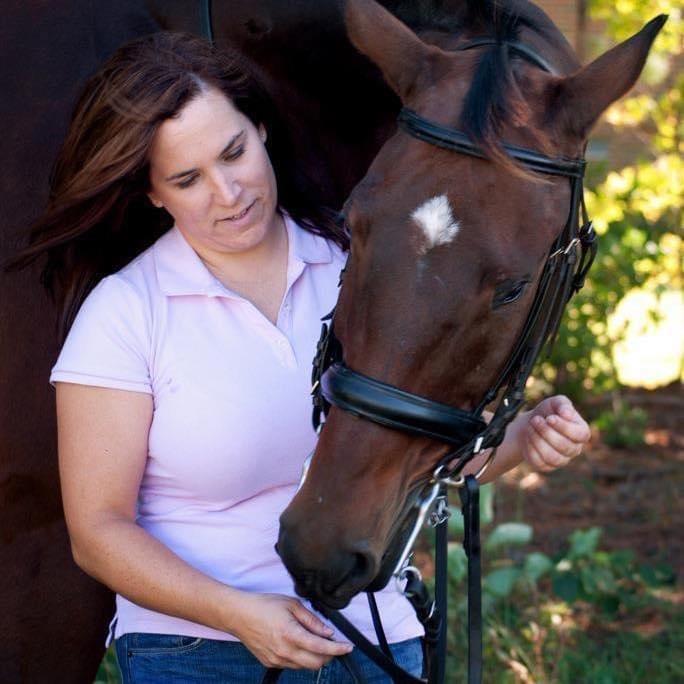 Bugsy, when I first saw a picture of you, you were 20 months old, wooly, rump-high and downhill. The pictures were 35mm photos of you she sent through the mail. I had found you on Dream Horse Classifieds using dial up internet service. She wanted $1,500 for you but you were born with only one eye. I couldn’t dismiss you. Just something about you, something in my gut said you were special. I made a counter offer for $500 and she accepted. How my life would change because of you! You had to learn manners and gain some weight. But once you did what a magnificent creature you became. 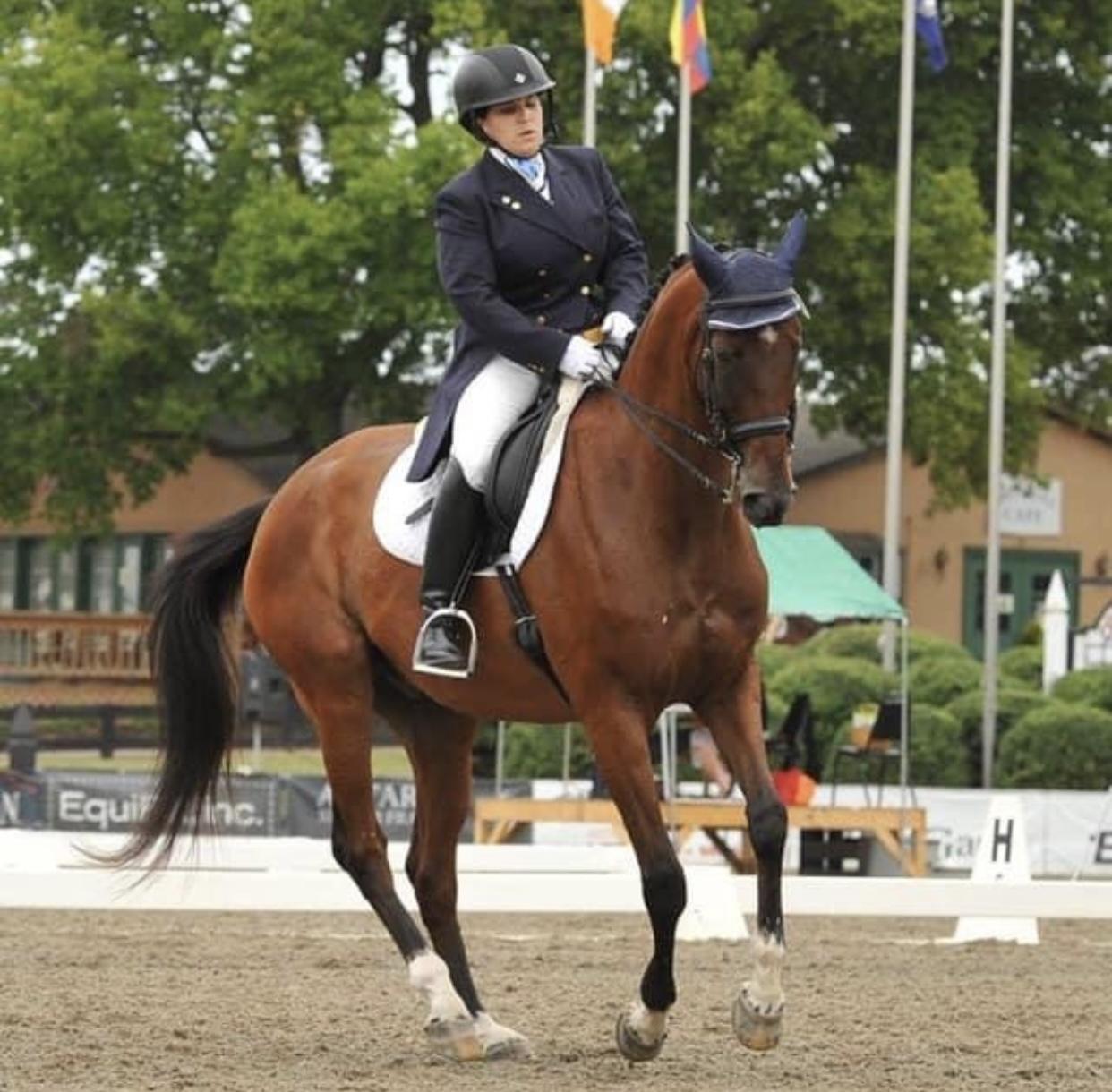 Photo by Pics of You.

You were so athletic. Not a 10 mover or even an 8 — maybe a 6.5/7 on your best day, but it didn’t matter, you had the heart of a champion. We didn’t always see eye to eye. You had a vicious spook, and an even more vicious rear, leap, spin and bolt. You didn’t stop growing until almost 7, and were just shy of 17 hands. You were such a kind horse, to horses, dogs and humans. You always whinnied and nickered when I would pull up to the barn. If I didn’t come to see you quickly enough, you would start racing around the field to make it known I was taking too long. You loved your peppermints and salt lick. 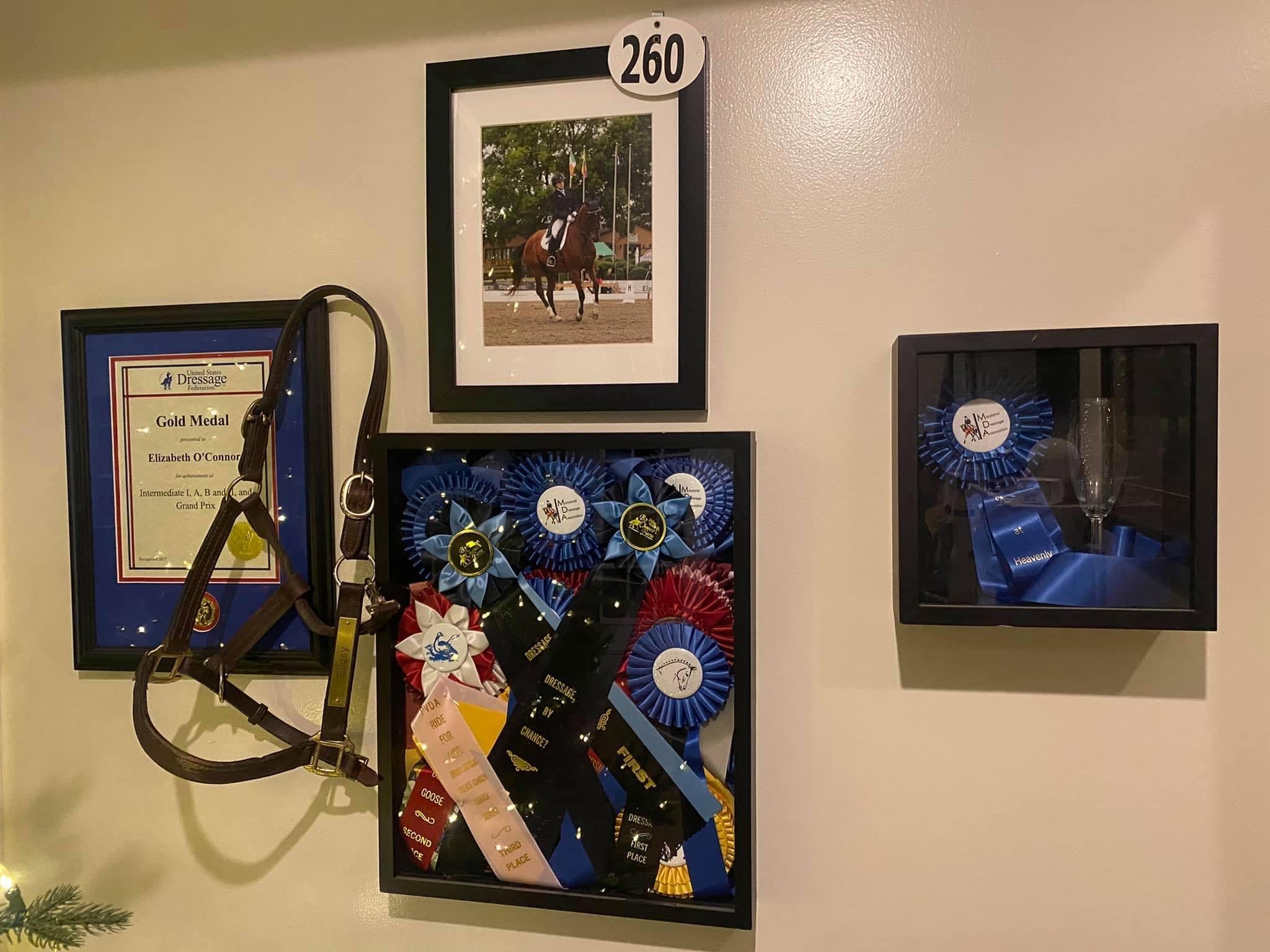 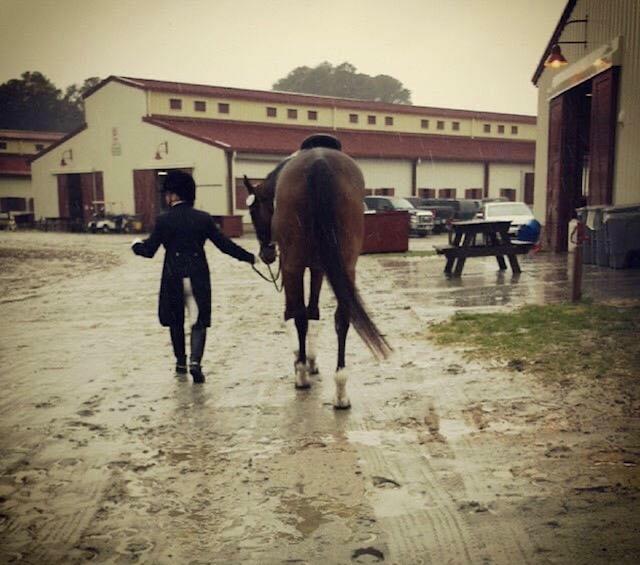 We had heartaches, injuries and disappointments. That time you had to wear a full soft cast on your left leg when you were young because you got cast in your stall, pulling out stall boards and your knee was punctured by a nail. Then after a month of stall rest you jumped over the wheelbarrow while I was cleaning your stall and ran around the farm like an idiot until the soft cast disintegrated. Heat and ice therapy on your shoulder in a bridesmaid dress. The times we were disqualified for you jumping out of the arena (yes more than once). The bridles you broke being naughty. Placing at 4th level at the BLM Championships (and the only non wb in the class) and we helped stop a run away in the mounted awards ceremony! The time we won a PSG class and were the only non wb in the class (and it was a respectable score too!) The time you beat botulism (contracting it despite being vaccinated your whole life) at 20 and were the only horse in the area to survive that year. The time you broke my heart for the final time, when you passed away, appearing to be quietly in your field overnight, no signs of a struggle, grass not disturbed, blanket not shifted. 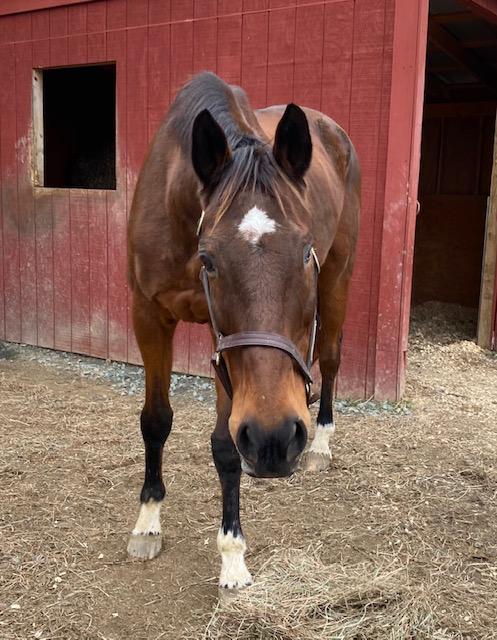 Photo by Heather Hale, taken the week of Christmas. 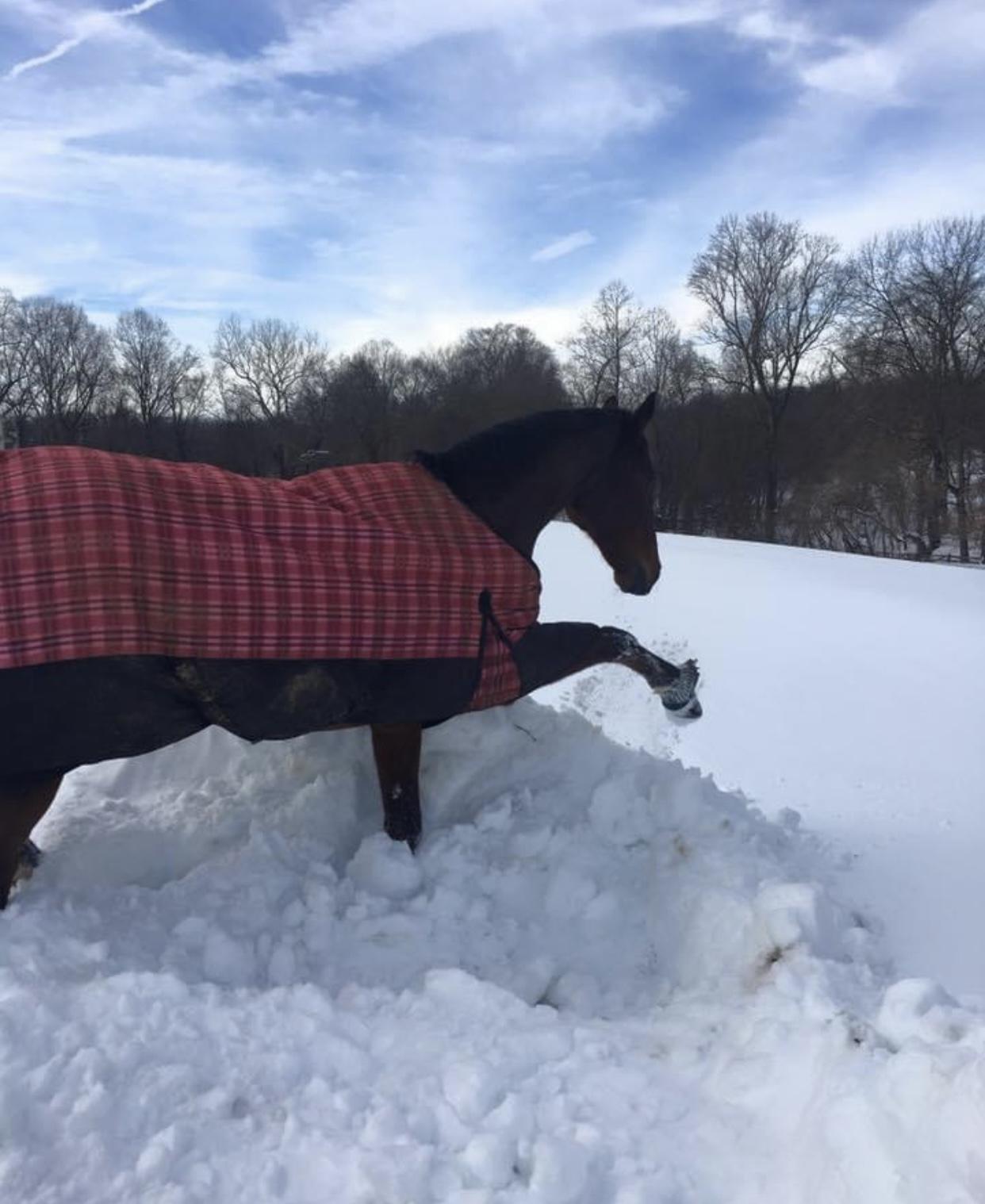 You were with me through many milestones, graduating the police academy, marriage, divorce, marriage and a baby. I bought you when I was 20 and lost you when I was 41. I thought for sure you would stick it out to your late 20s but it was not to be. Together we went through the levels from Training level to Grand Prix. I earned USDF bronze and silver medals with you and you carried me and my unborn son down the center line to gold as well. You made me the rider I am today. You were a part of me and now that piece is missing. You will always be a part of me and I will never forget you, Bugsy my one-eyed wonder pony. Rest In Peace my friend, my partner — you are sorely missed and my heart aches for you. 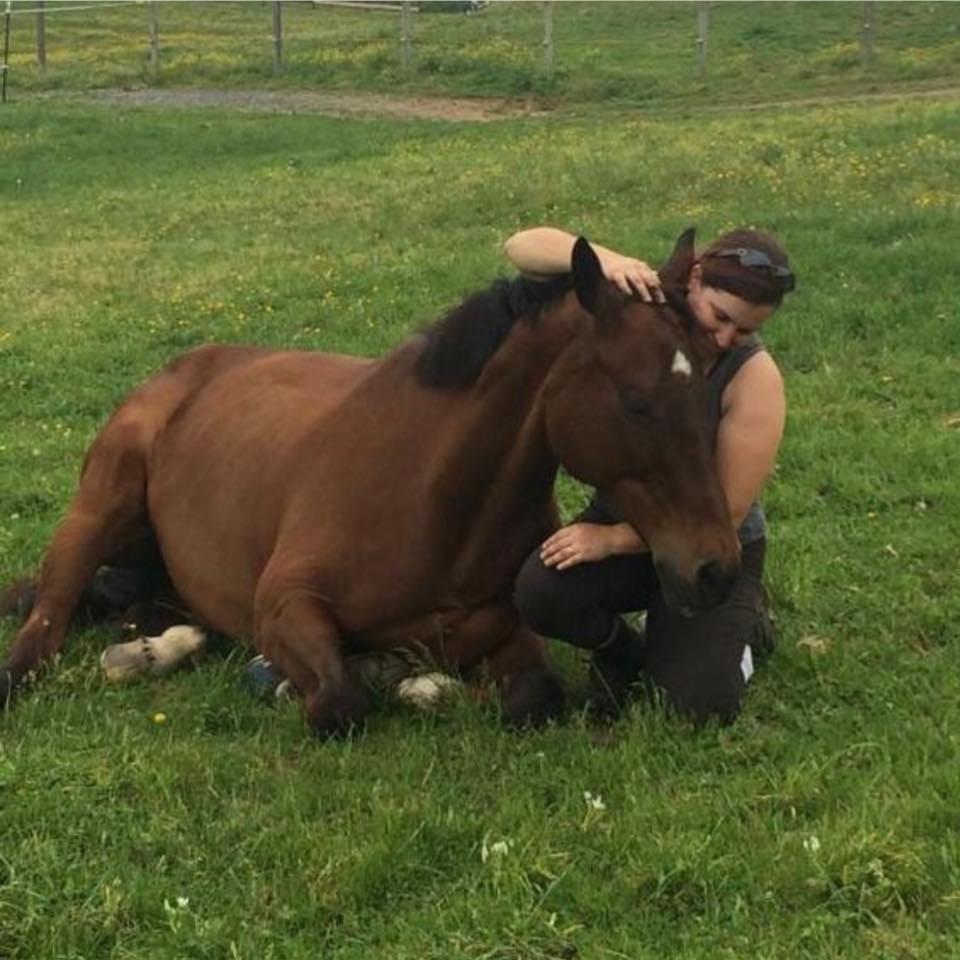