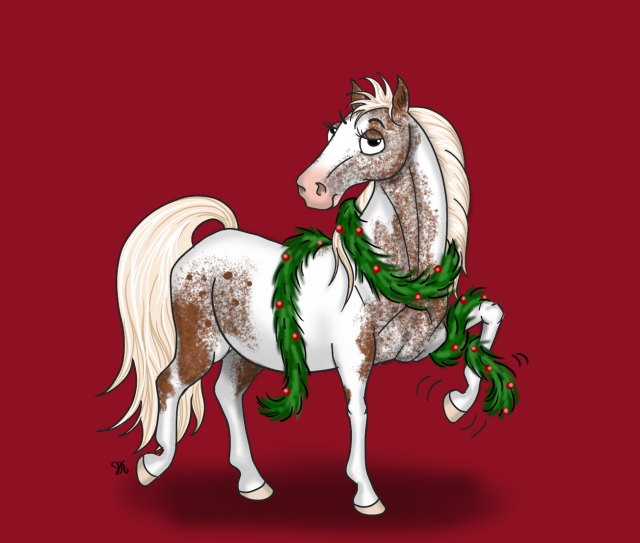 December 28, 2020DeAnn SloanDeAnn Long Sloan#series, Diary of A PonyComments Off on A Day in the Life of a Pony Named Pony: All I Wanted for Christmas

No surprise, Pony is unimpressed with her holiday. 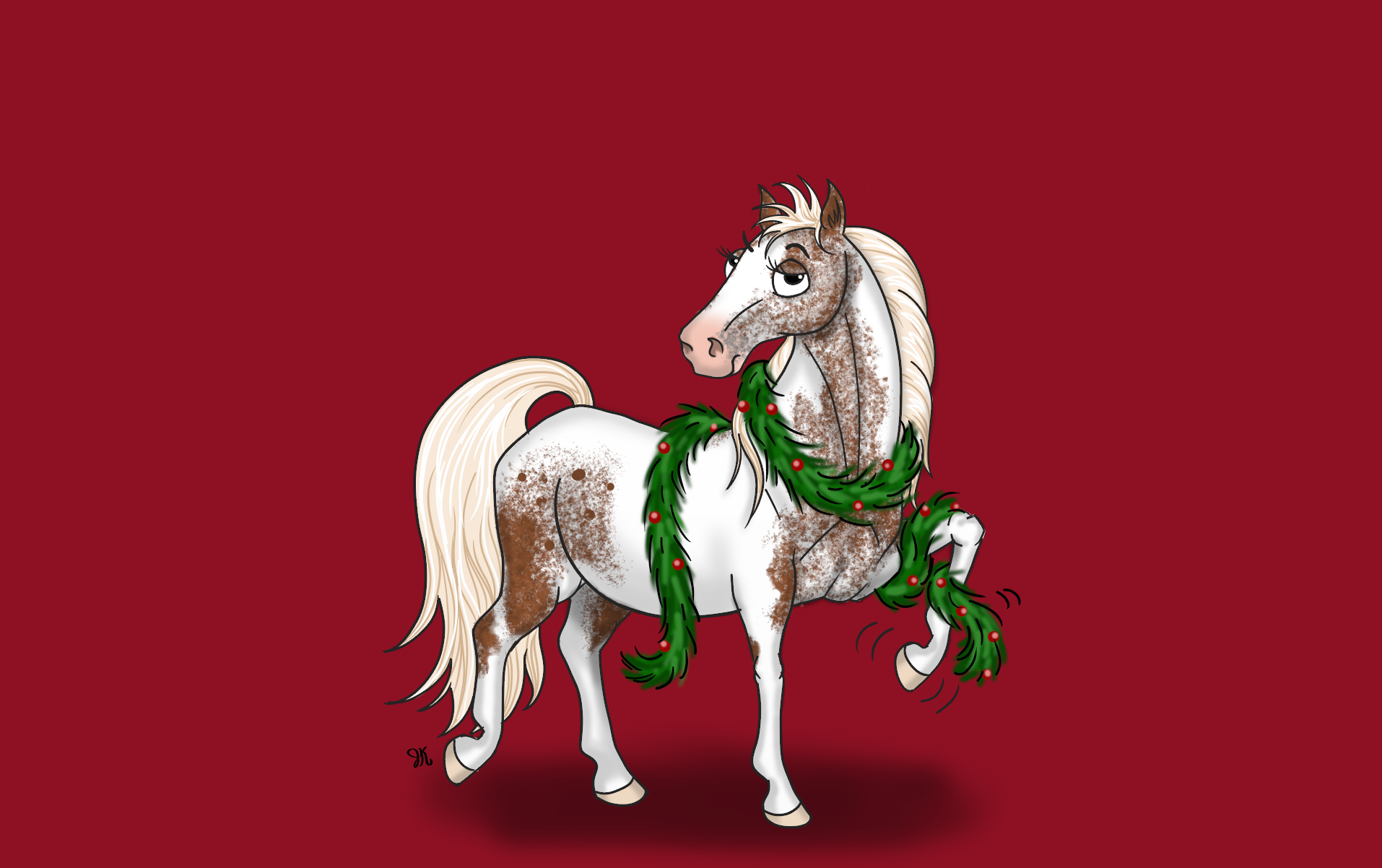 You want to know what I got for Christmas? Nothing. That’s right. Not a thing. You want to know what I got for Hanukkah? Also nothing. Apparently, the humans who run my confinement center don’t celebrate anything — at least not as far as I am concerned. Sure, I have a stall, shelter in my field, all the hay I can eat and daily rations (substandard though they may be), but the humans could at least throw me a bone (the proverbial kind — despite what some may think, I am not, in fact, carnivorous) and give me something for the holidays.

I would not turn up my nose at some carrots, an apple or two or even some SmartCookies. Okay, okay, I probably would turn up my nose just a bit — can’t have the humans thinking I actually like something they do — but I certainly wouldn’t turn down any of those things.

You know what else I wanted for Christmas? How about a nice grooming session. I don’t mind being brushed and fawned over, as long as it doesn’t lead to the dreaded saddle. Being groomed also means I get the opportunity to torment the humans when they try to catch me. They walk up to me with treats, I run away. They walk up another way, I pretend I am thinking about being caught, and then I run away again. It’s great entertainment and gives me something to break up the time at the confinement center.

I haven’t even had any good mud to roll in lately. It’s been snowing, so instead of glorious brown sludge, it’s been this glittering white stuff. Sure, it’s pretty, but it’s utterly useless for working on my camouflage by changing my coat color.

Maybe next year will be better. Probably not. The humans like their own celebrations, but forget about mine.