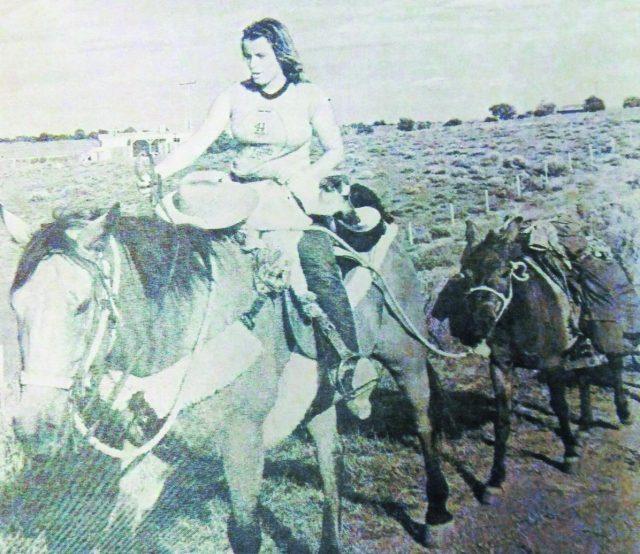 December 10, 2020DeAnn SloanContributorBook excerptComments Off on The Road West Was Waiting

In this excerpt from Distant Skies: An American Journey on Horseback, author Melissa Chapman parts ways with the family who took her in midway across the US and helped her horse Rainy back to health. 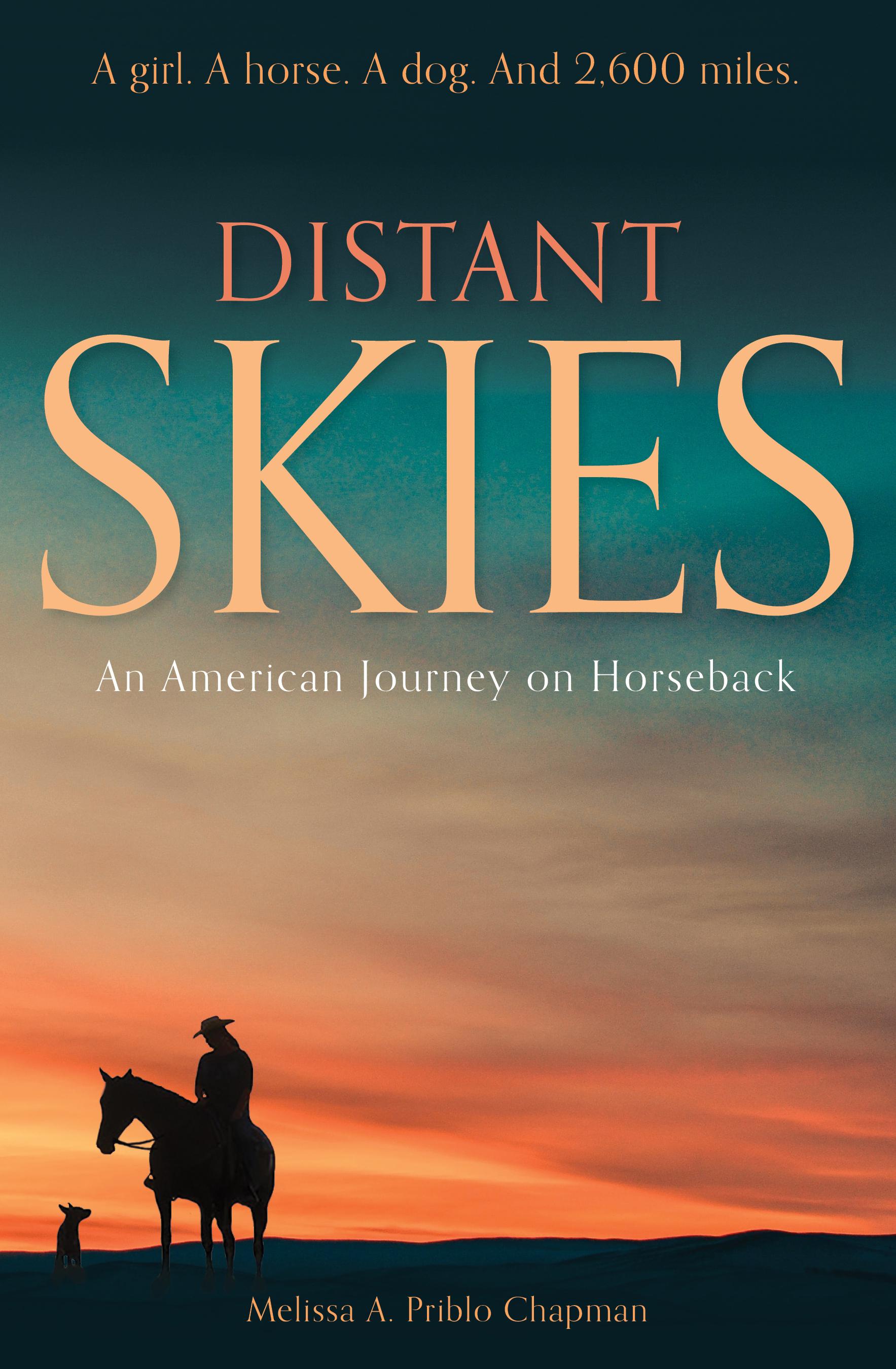 I have always dreamed in equine. And in sky blue and grass green.

They say girls imagine Prince Charming or the perfect wedding, but I belonged to a different tribe of women. I never had a fantasy car, a job in mind, or a wish for anything that didn’t involve horses, dogs, and wide-open spaces. In the waning days of my time at the Kees’, with Rainy healing and Amanda becoming part of our little family, my time was filled with contentment. I rode Rainy bareback, leading Amanda along as Gypsy ran in the fields. The land seemed to go on forever, and the time and place was ours. I had friends and family who supported me and wished me well. I had the sun on my shoulders and the breeze in my face. When I looked at the view through Rainy’s familiar ears in front, and looked back at the smart face and long ears of Amanda behind us, I knew I was in the middle of an abundance of riches.

We’d followed the advice of two vets. Rainy had healed even better than hoped for. Reid was impressed—and told me so.

“You’ve really done right by him,” he said. “A lot of people would have kept him on pain meds and put him back to work. Giving him as much time as you have has worked wonders.”

His compliment meant the world to me. I’d done what could be done to assure Rainy was ready to return to our walk across the country. My dream was alive, thank goodness.

With Dr. Drogey’s approval of Rainy’s condition, things went into motion. Drawers were emptied. Saddlebags were packed. Reid and I made plans for one more date—we just drove around the prairie roads we so enjoyed. When it was time for him to go, I acted like it was fine, that it was all part of the deal. From the dark at the Kees’ back door, I watched his truck drive away.

Barb stayed home from work the day before we left and helped me pack. We talked companionably, like always, laughing a little, too. Then she pulled off her glasses and wiped at her eyes. I got a lump in my throat and my vision was swimming. She pulled me into a spontaneous hug, knowing we didn’t have to say a word.

Leaving Yates Center, Kansas, was almost scarier than starting out from home the first day of the trip. I now had another animal with me, which added a whole new complication to our travels. And I had the nagging worry related to Rainy’s injury: What caused it? Would it resurface? But Tom, Barb, and others believed in us. They believed we could ride the rest of the way across the United States. It was time for me to live in the moment again—to put my worries aside and do the best I could. 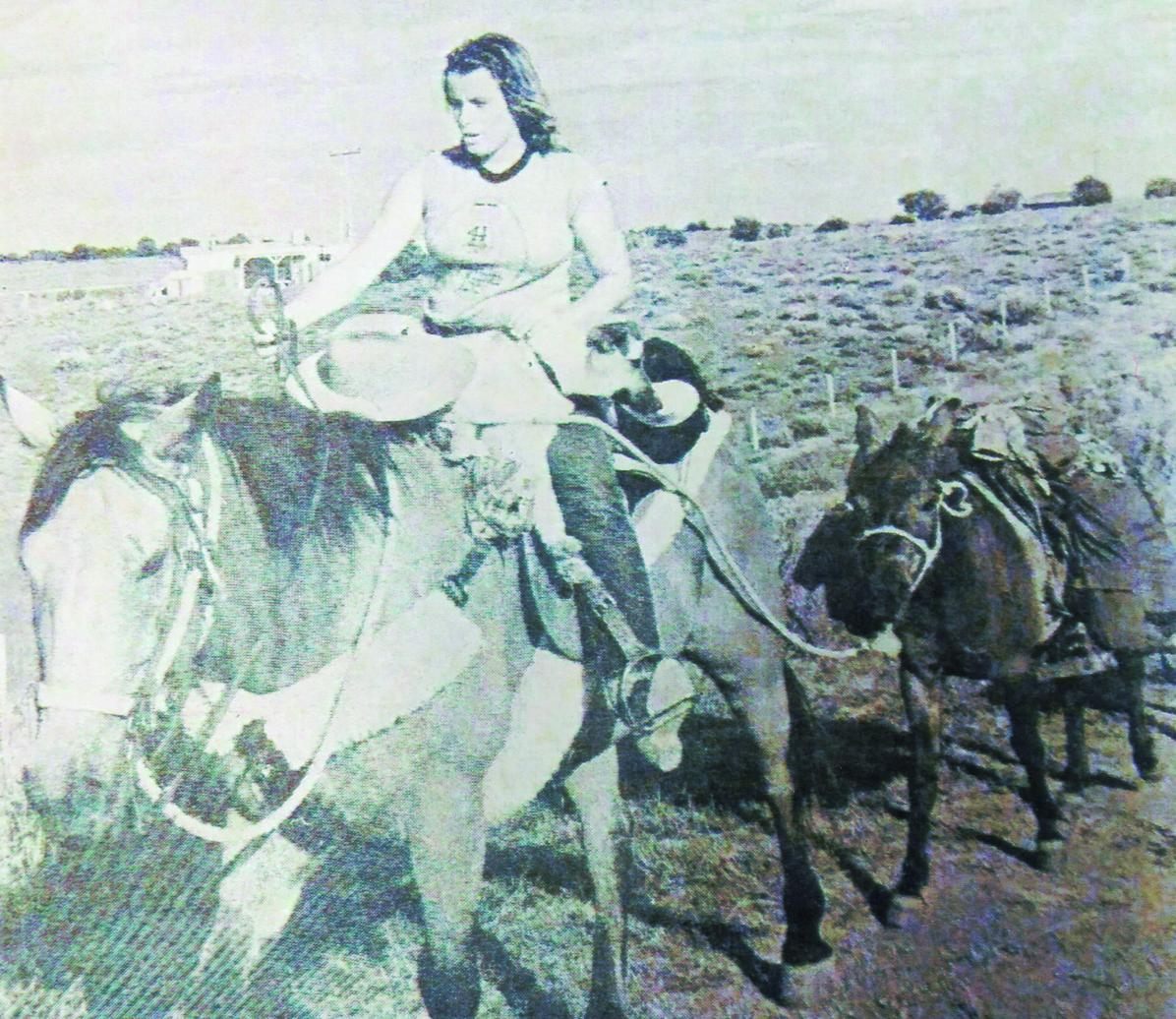 I said goodbye to Tom and Barb at the Richardsons’ farm out along Route 54 in Eureka. It was a ways away from Yates Center, and they had driven out that far with the idea that somehow it would make saying goodbye a little easier. It didn’t. I almost couldn’t bear watching Tom, a man who spent his words carefully, struggling to keep everything inside. He kept his eyes down while Barb and I hugged, making no attempt to keep the tears at bay. Tom stood apart from us, quietly petting Amanda and then Rainy—the animal he’d helped care for every day for the last four weeks.

Few words were said. We all held each other tight, then Tom took Barb’s elbow, and they walked to the truck. Tom came back to us once more and said something quiet in Rainy’s ear, then he climbed into the cab beside his wife.

I waved and waved until they were gone, down the road.

The Richardsons gave me a little space after I said goodbye to Tom and Barb. I went into their barn and buried my face in Rainy’s mane. I didn’t know what else to do to fight the emptiness in me.

I don’t know how much time passed before Mrs. Richardson came in and gently asked me if I’d like to see some of their ranch. I pulled myself away from Rainy, grateful for the distraction.

In one pasture, big hairy buffalo grazed, one or two with calves by their sides. The emerald green land rolled out behind them. It made me smile. Buffalo. You had to love Kansas.

I got up in the morning before true light, and Gypsy and I walked to the barn together to get ready for the next step of our journey. Rainy and Amanda turned their bright faces toward me.

The sky in the east was beginning its gradual awakening, the edge of the horizon in shades of pink and purple. In the western sky, I saw one bright, shining star—bright enough to be visible even as this part of the world turned slowly toward the sun. It was the brightest morning star I’d ever seen, highlighted by the deep vivid color of the sky. I stared upward, taking it as our sign. I reminded myself to remember to look at the beauty in the land, in the sky, and all around as we moved on. I felt many things inside me, but I also believed this, too: All would be well.

The road west was waiting.

This excerpt from Distant Skies: An American Journey on Horseback by Melissa A. Priblo Chapman is reprinted with permission from Trafalgar Square Books. You can purchase the book here.