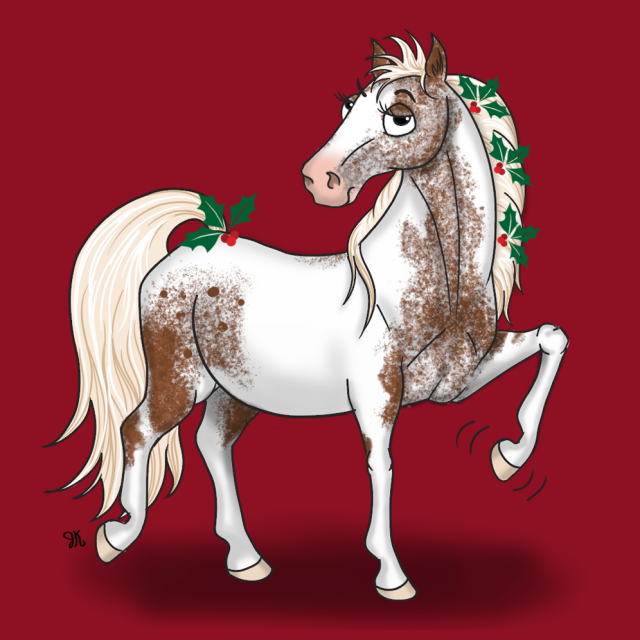 November 30, 2020DeAnn SloanDeAnn Long Sloan#CHRISTMAS, Diary of A PonyComments Off on A Day in the Life of a Pony Named Pony: Caroling

This week, Pony goes caroling. Guess how she feels about it. 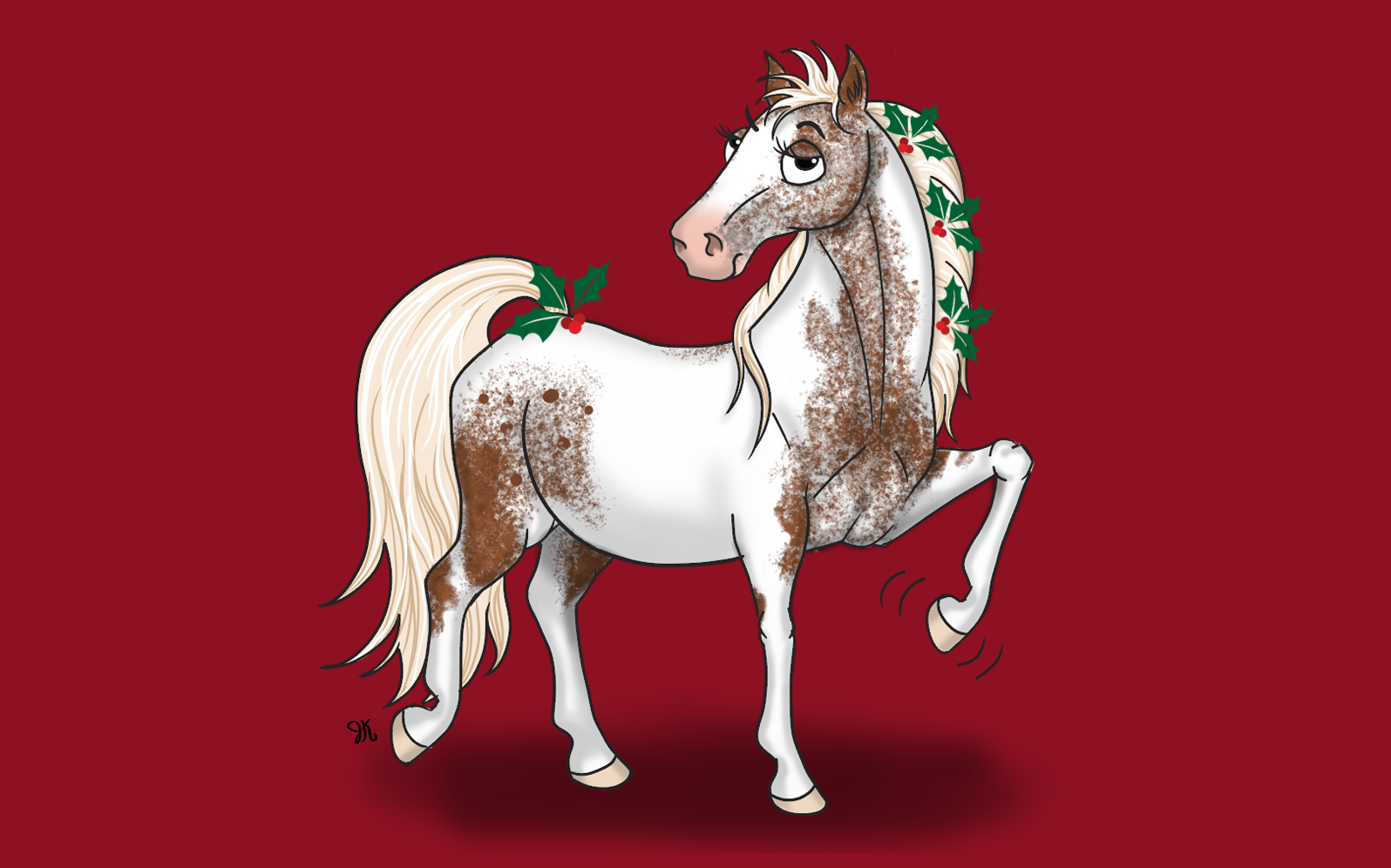 Will the torture never cease? The humans have devised new and creative ways to punish me. Is this really what they do with their time? Sit around thinking about how to torment an already disenfranchised, blameless pony? This time around the abuse came in the form of caroling. That’s right. Caroling.

First, let me say that the humans with whom I’ve come into contact aren’t rich in the talent department (are any humans, really?). Second, singing definitely isn’t one of their few talents. They were belting out Christmas carols, sounding much more like fingernails on a chalkboard or the braying of an ass than anything else.

The day started as most of my worst days do — with me stupidly letting myself get caught. Why, oh why, do I always give in to the temptation of whatever treat the human is offering? Likely it’s due to the substandard rations thrown at me on a daily basis, but more on that another time.

Once I was caught, Beta Human and one of the small humans brushed me, picked my feet and braided my mane and tail. I have to admit, the grooming aspect of my life is at least tolerable. It is the pampering I deserve, after all. However, once I discovered the grooming was all for the purpose of parading me around with a bunch of other inmates — I mean horses (I really mean inmates) — I refused to stand still long enough for Beta Human to get an adequate picture to highlight my shame.

There were red ribbons in my mane, one on my tail (probably a wise decision since I did have two warn two strange horses that they were getting far too close to me), a red and white fluffy something on top of my saddle pad and some ghastly shiny thing around my neck. The small human had antlers taped to her helmet. Taped. How classless are these people? 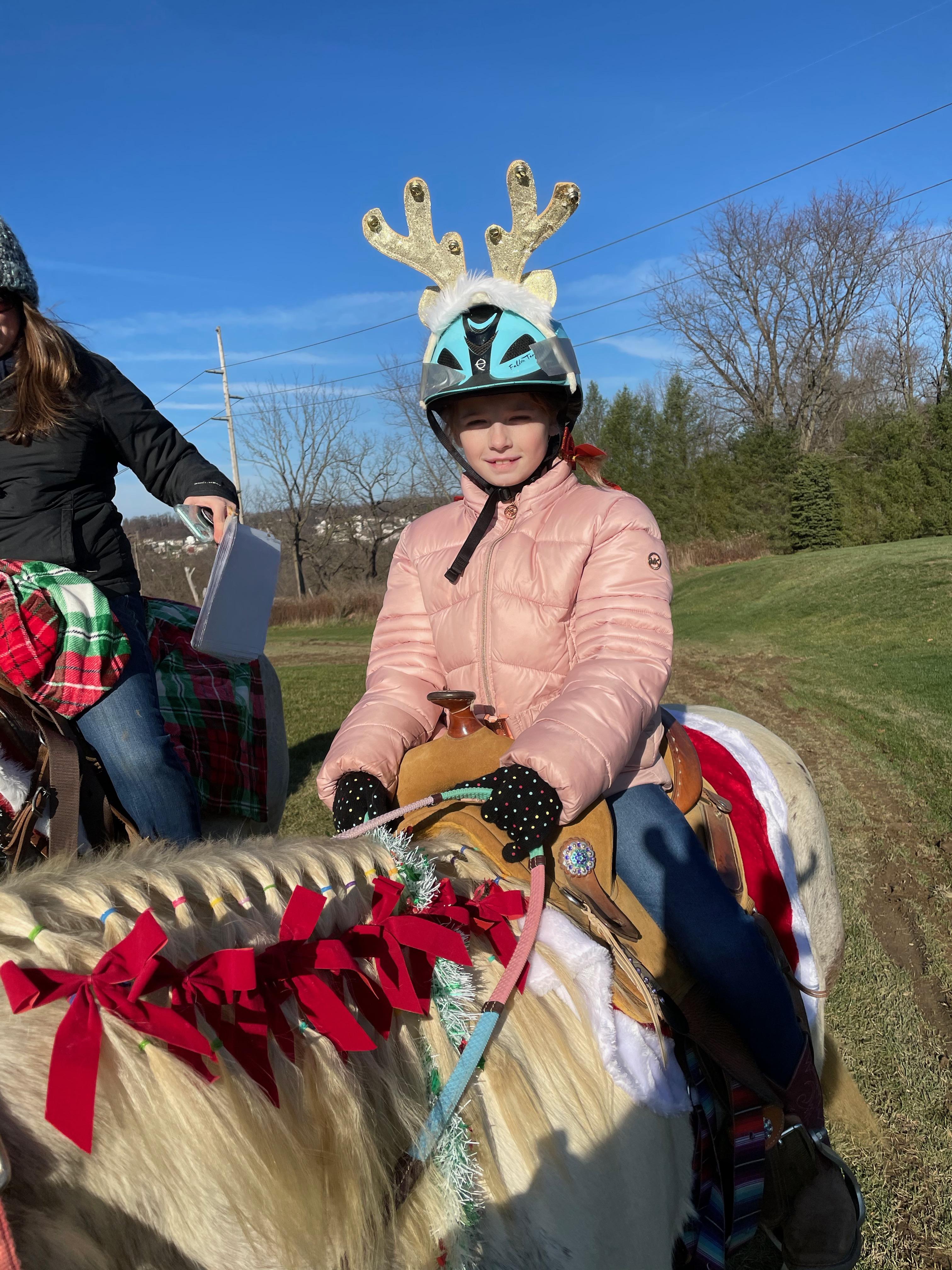 Here you can sort of see the bows that irritated me for the duration of the experience. Photo by DeAnn Long Sloan, aka Beta Human. 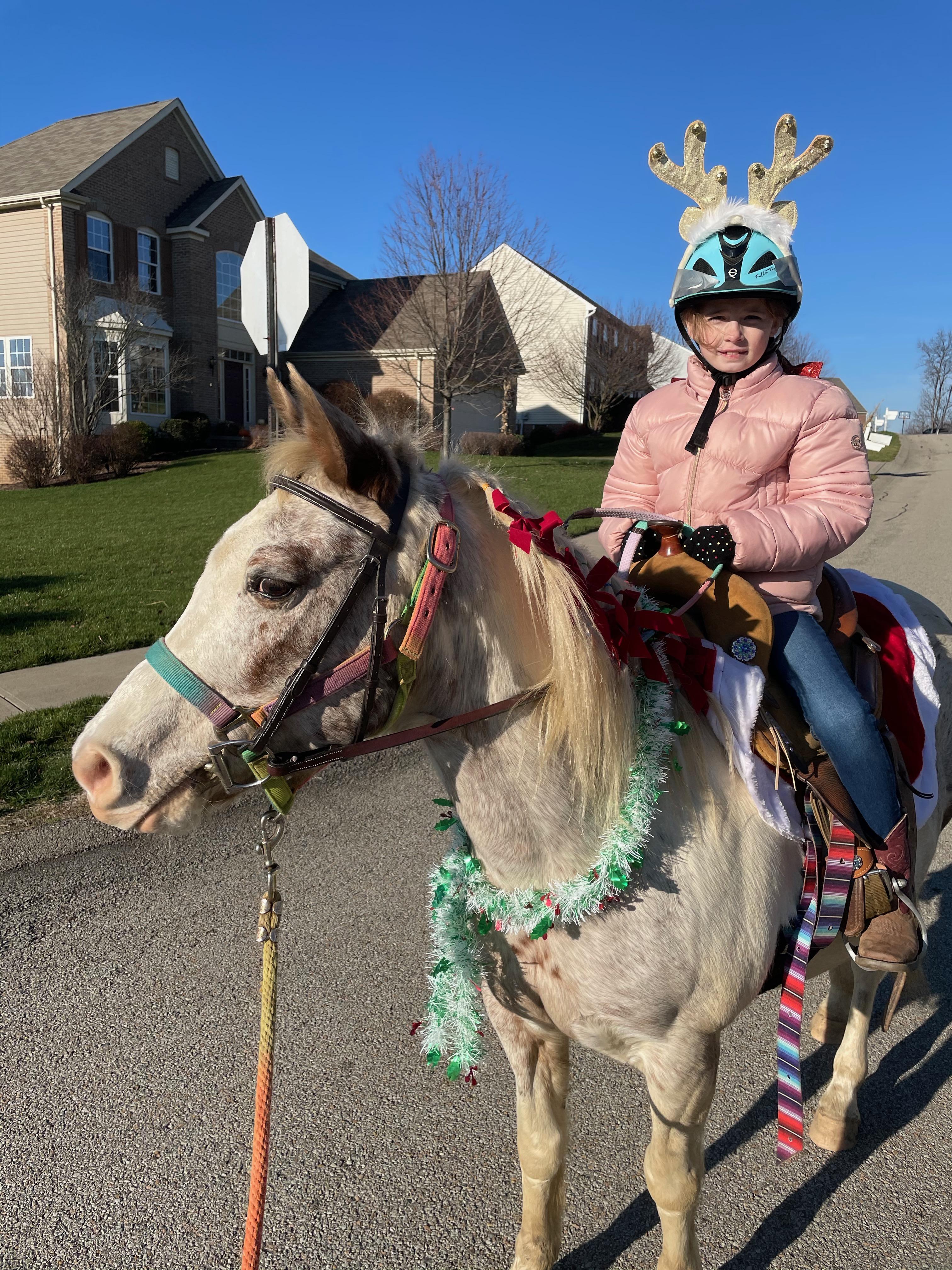 And the god-awful garland around my neck. Who do they think I am? Photo by DeAnn Long Sloan, aka Beta Human.

And then there was the “singing,” if you can even call it that. These humans. I really don’t know about them. They rode from house to house (some walked), belting these songs at other humans who seemed to like the experience. I can’t even begin to understand what goes through these people’s heads. For some reason, someone had the idea that even more people would want to be subjected to this travesty of a Christmas celebration, so the humans broadcast it on the local news. The worst part about that? I wasn’t even featured. They don’t know what they’re missing.

So, despite all my complaints, I have to admit there were one or two things that weren’t completely unbearable about this whole experience. First, the small human had peppermints in her pocket, and small humans are suckers — not to mention highly trainable. So every time I nudged her, she would give me a peppermint. Second, the people who came out to look at us (as if they had never seen horses before!?) were permitted to offer us carrots and apples. Usually Beta Human only offers me treats while she’s attempting to catch me or after she’s subjected me to some sort of forced labor. Getting treats in the middle of work is a step in the right direction.

Finally, the staging area was on a farm with cows. I could not take my eyes off of them. I tracked their every move from where I was tied to the death box — I mean trailer (I really mean death box). Those cows are just asking for me to put them in their place. After all, I practice as often as I can on the other horses at the confinement center. Perhaps I will return to that farm and be allowed to show off my true skillset and leadership abilities. Sigh… someday. 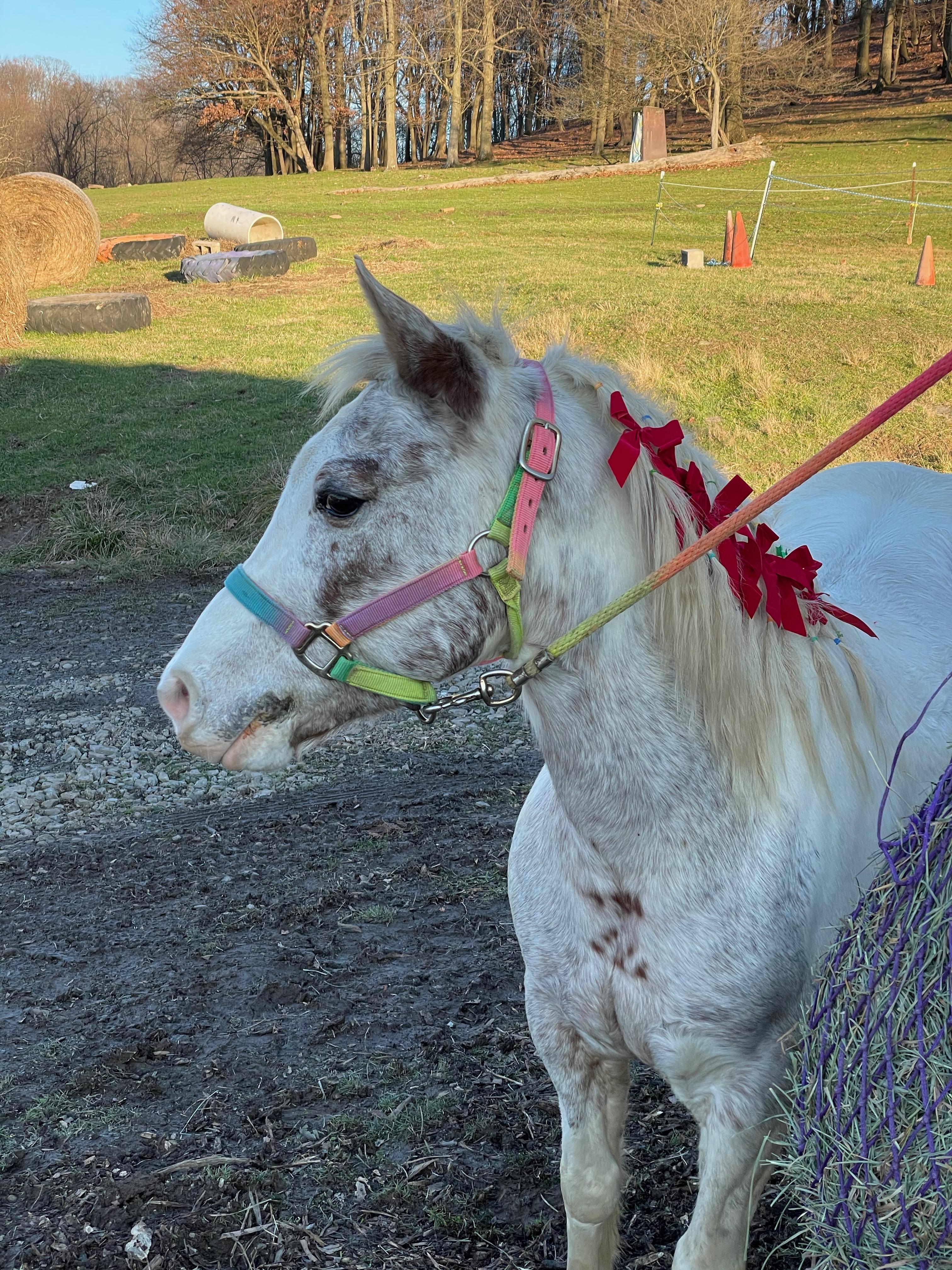 Here I am staring down the cows. I will come for them. Ignore the ridiculous ribbons in my mane. Also, aren’t I actually the most stunning pony you’ve ever seen? Photo by DeAnn Long Sloan, aka Beta Human.