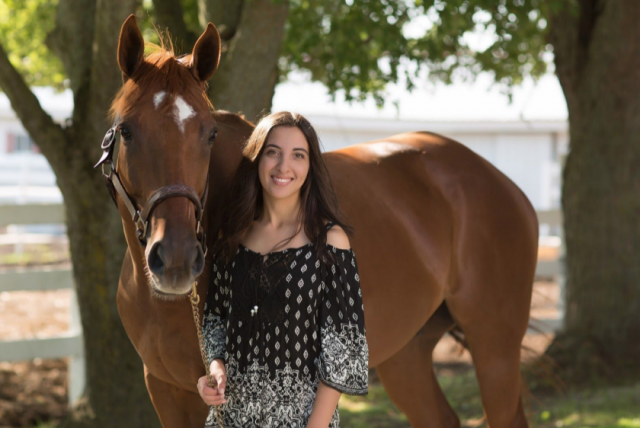 “Too white to be Latina and too Latina to be white. I struggle with my cultural identity every day. Since I was a kid, I sought an escape. To me, this was only possible with horses. Horses didn’t see my struggles. They saw a little girl desperate to escape.” 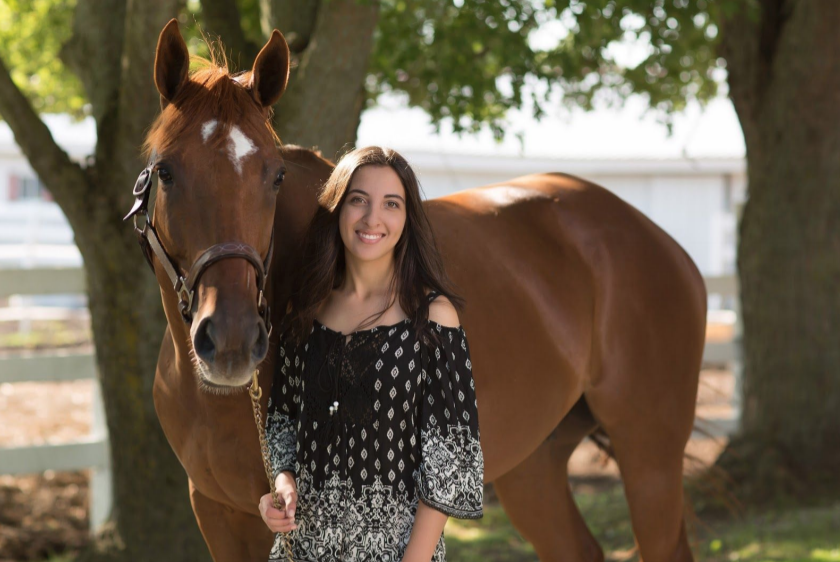 Finn and I posing for my senior photos in Fall 2017. Photo by Studio 360 Photography in Pewaukee, WI.

“What do you mean? Like … ‘What am I doing?’” I struggled, trying to find a way out of the real question.

“No, what ethnicity are you? Where are you from?”

I don’t remember the first time I was asked that question, but according to my mom, it’s been happening since I was just a toddler. My mom is Brazilian, my dad is German, but where does that leave me? Growing up in Dallas, Texas, I rarely questioned myself or my appearance, but upon moving to a primarily white suburb in Southeast Wisconsin when I was eight, I felt isolated and alone. To many of my new schoolmates and neighbors, I was an enigma. In their minds, my name didn’t quite match up with what I was “supposed” to look like. I grew up with people having this exact exchange with me, questioning my identity. The entirety of my primary education was spent with me trying to hide, trying to sink into my desk so that I wouldn’t be noticed. 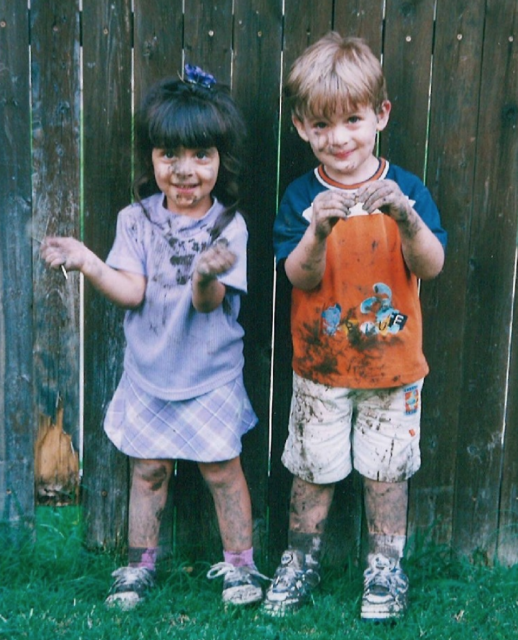 Me and my twin brother after making a mess we probably shouldn’t have. He looks like my dad, I look like my mom. Photo by my mom, Acsa Buening.

I wish I could say that I proudly owned my identity as a Latina, but I didn’t then and I struggle to now. I never learned Portuguese; my mother never taught me. I never learned to cook traditional Brazilian foods; my mother never cooked them. So, I grew up visiting Brasil, unable to communicate with my vovô and vovó, my grandparents. They died without us ever having a true conversation. The closest I ever got to having a conversation with my grandfather was sharing a laugh as I stomped on bubble wrap.

So, the answer to the question became muddy. What am I? I don’t know. I feel like a fraud. Too white to be Latina and too Latina to be white. I struggle with my cultural identity every day. Since I was a kid, I sought an escape. To me, this was only possible with horses. Horses didn’t see my struggles. They saw a little girl desperate to escape.

I started riding when I was six. I bounced around from saddle seat to barrel racing before landing in the world of hunter/jumpers. I won’t pretend that I didn’t face discrimination from the people I thought were there to help me. I worked at a barn where I was taken advantage of, but my white peers weren’t. I worked at shows doing everything from running the gate, to ring crew, to announcing and almost never saw any of the promised compensation, while I had coworkers that did. I was accused of lying about my hours and had pay withheld while my white coworker faced no such accusations. To be called a liar and a thief was a slap in the face. I left.

Since then, the only being in the horse world that I have trusted is my horse. I got Finn, my chunky Thoroughbred gelding, when I was 16. A stressed teenager and a five-and-a-half year old off-track Thoroughbred — good combination, right? We had our moments. Sometimes I thought I wasn’t good enough. On multiple occasions, I’ve sat in my car after rides and cried. On other occasions, I’ve proudly posed in photos with my “lemon” (as I affectionately call him) after a good ride. I’ve seen incredible highs and unimaginable lows. Through it all, Finn didn’t judge me for my struggles for my identity or for my appearance. He judged me for my horsemanship.

I have been riding for 14 years now. I have dreams of becoming a working student and eventually a trainer, but I have a hard time believing I can find success when others who look like me have not. Not once have I ever seen a Latinx individual riding at a barn I was at or at a show I attended. How am I, a 20-year-old Latina who has never ridden in anything but a schooling show, supposed to find success in the horse world when more qualified Latinx riders haven’t?

As it stands, the equestrian community is one built on discrimination. How are minority riders supposed to find success in the equestrian community when they are being taken advantage of, when they are accused of stealing, when they are being called “the help,” when they have no one who looks like them to look up to? How do we see a future in an industry where empirically we have had no future? I don’t have an answer. I’m not sure anyone does. But the conversations we have with our fellow equestrians are a good start as conversations create actions. Equestrians who have experience, connections, and money have a duty to help those who cannot succeed because of the barriers created solely by the facts of their existence as a minority.

The equestrian community has a lot to do. Where we are now is not acceptable. We must actively push for diversity, equality, and acceptance, because to do anything less is to be racist. As activist Angela Davis said, “In a racist society, it’s not enough to be non-racist, we must be anti-racist.” I still don’t know my place in the world, but I do know that I have a duty to speak up when I see racism, inequality, and injustice. But if for some reason you’re still asking “what are you?” I’m a Latina equestrian. And this isn’t the last you’ll hear from me.

Get involved: The racial discrimination and exploitation Madison describes in her essay, that she faced while working shows and at her barn, is sadly not uncommon in the horse industry which depends heavily on immigrant labor. Sarah Maslin Nir does an excellent job of reporting on this in her story, “Hypocrisy and Horses: the Immigrant Workforce,” which appeared on The Plaid Horse earlier this year. The issue of documentation further opens the door for exploitation: rock-bottom wages, inhumane living conditions, and the circumvention of legally mandatory things like workers’ compensation insurance. What can be done?

We all have a responsibility to help advocate for this critical yet vulnerable sector of our community. The American Horse Council has worked for many years to address immigrant labor problem facing the industry — learn more about the issue and how you can aid the AHC’s effort here. Also consider joining AHC’s Congressional Cavalry, the AHC’s grassroots network that lets members know when action on federal issues is needed and how to contact their Members of Congress via AHC ACTION ALERTS. To sign up free of charge, click here. 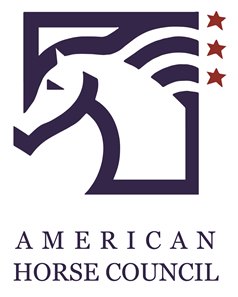