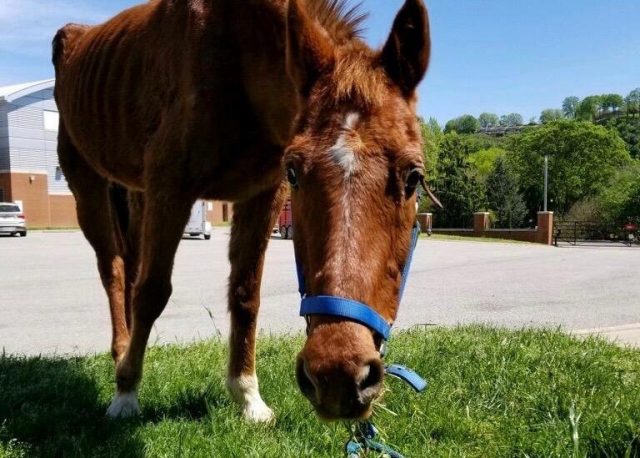 Regal has now gained nearly 100 pounds, but he’s still a long way from recovery. Here is an update of how he’s doing now.

Earlier this month, Esther shared the beginning of Regal’s rehabilitation. Really, it’s his second chance. Here is the next step in his journey.

The beloved American icon, Dolly Parton, responded to COVID-19 in true “Dolly” fashion — by inspiring children of all ages with bedtime stories once a week while everyone is stuck at home. Her first “Goodnight with Dolly” installment was a reading of, “The Little Engine That Could.” As anyone who’s read the book will recall, author Watty Piper conveyed several important concepts via his little book: always be kind; never be afraid to ask for help; be tenacious; and, above all else, believe in yourself.

Regal has shown some remarkable changes since he was first discovered, down and dying in a mire of muck, on March 19, 2020. Upon intake at UTCVM, Regal was scored as a “1” on the Henneke scale. Shockingly, he remains a “1” after gaining almost 100 pounds. Clearly, Regal was found just in time. 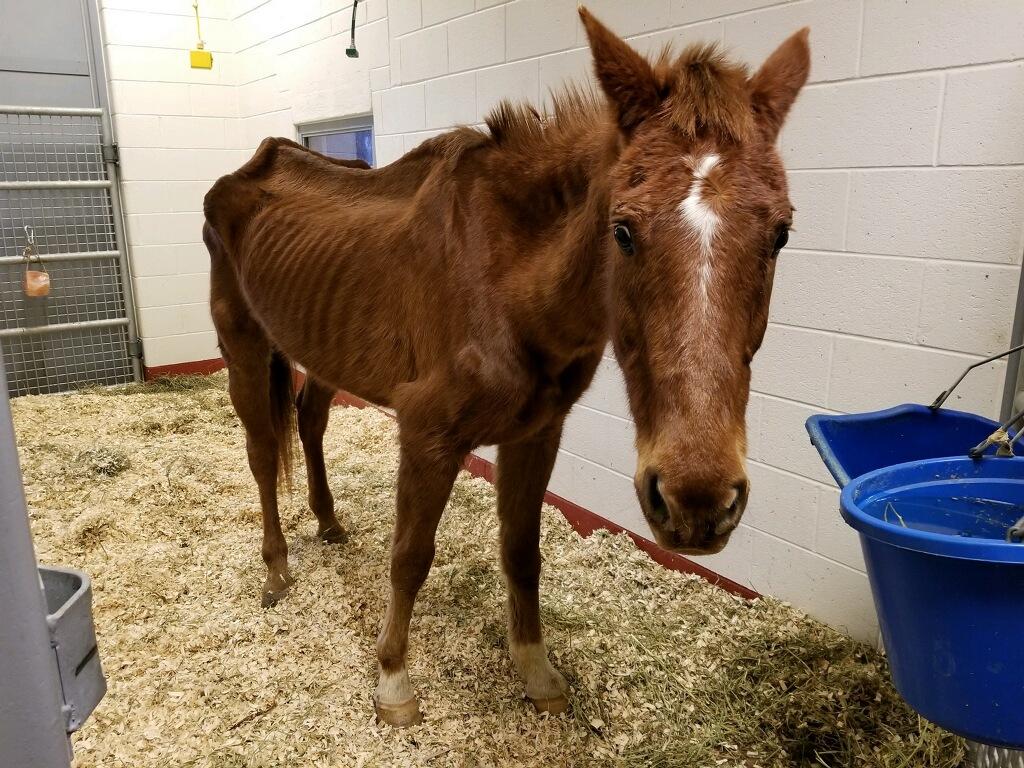 Regal, after gaining 50 lbs. All photos provided by UTCVM.

Within two weeks of intake, Regal was giving his best “I think I can!” efforts to climb his own “mountain” — struggling to rise on his own after lying down to rest. He rubbed the hair off both hip bones with his efforts; however, the UC Davis sling technology had to be used to lift him back up.

Regal’s body chemistry has stabilized now and his feed intake has been increased to the point where he gets a full grain ration twice a day and all the hay he wants. 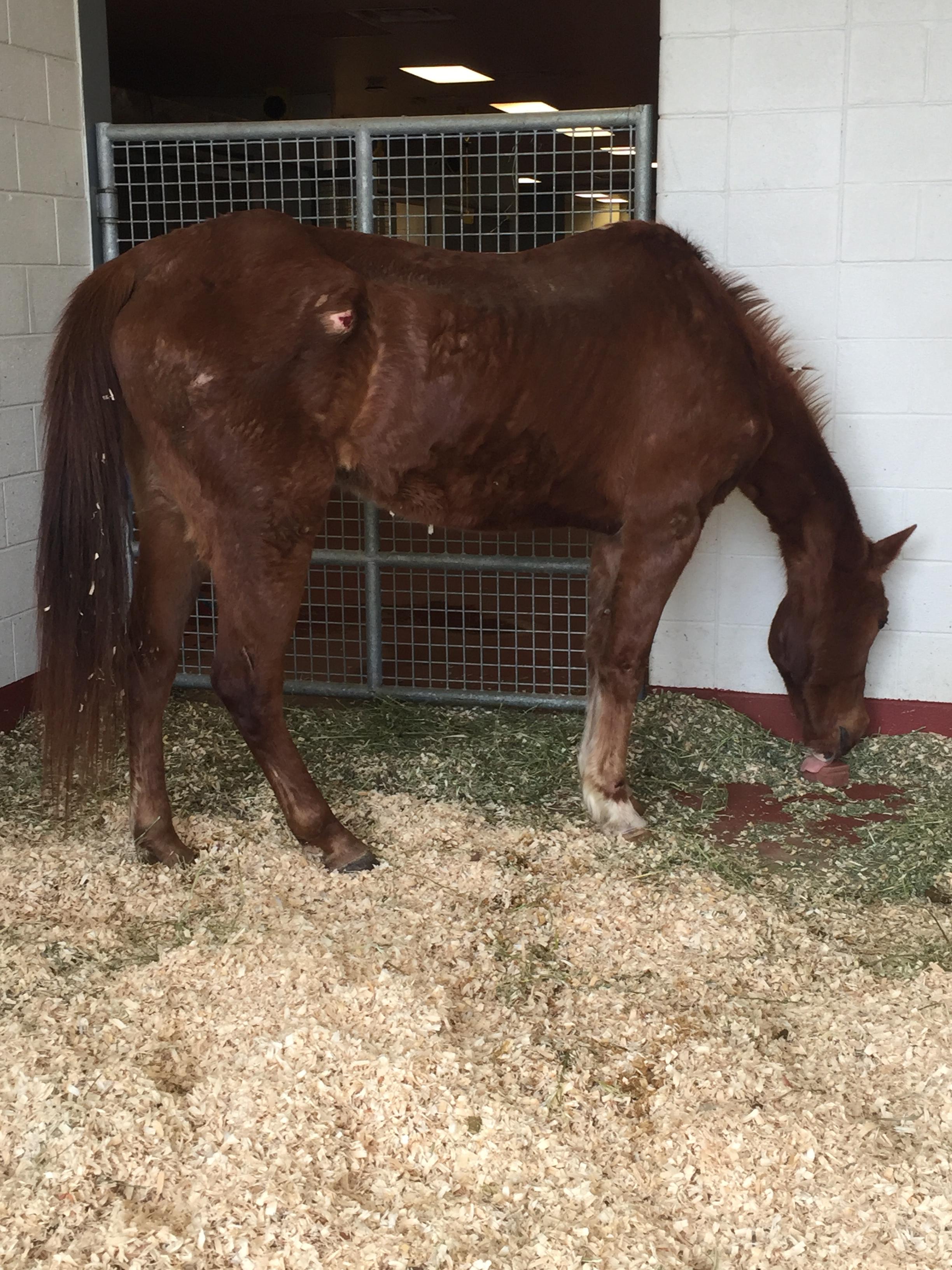 Regal, after two weeks of rehab. enjoying his salt lick and some alfalfa.

As his muscle returns, so does his ability to balance. Just a few days ago, UTCVM’s staff farrier was able to give Regal a trim! The vets and staff at UTCVM report that his temperament remains sweet and calm. Regal is a friendly, kind horse. 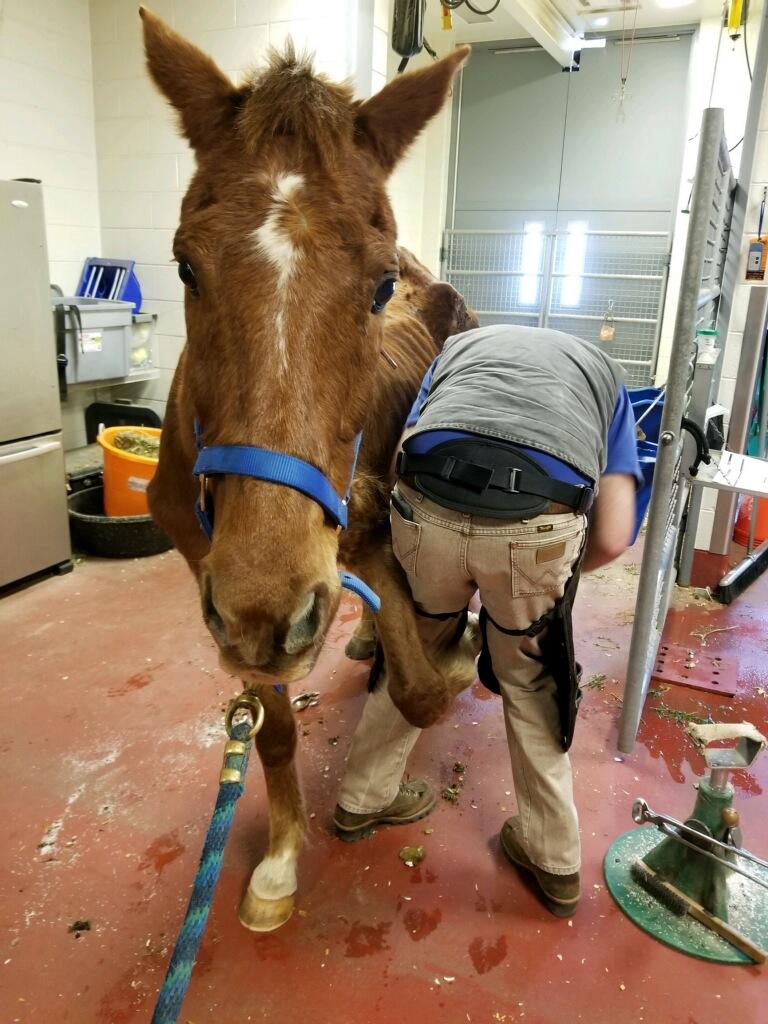 Regal getting worked on by the UTCVM staff farrier.

It seems cosmically appropriate that over Easter weekend Regal found the strength to rise on his own for the first time. He got a few “carpet burns” in the process, but everyone on #TeamRegal is delighted that he is finally strong enough to get up on his own. 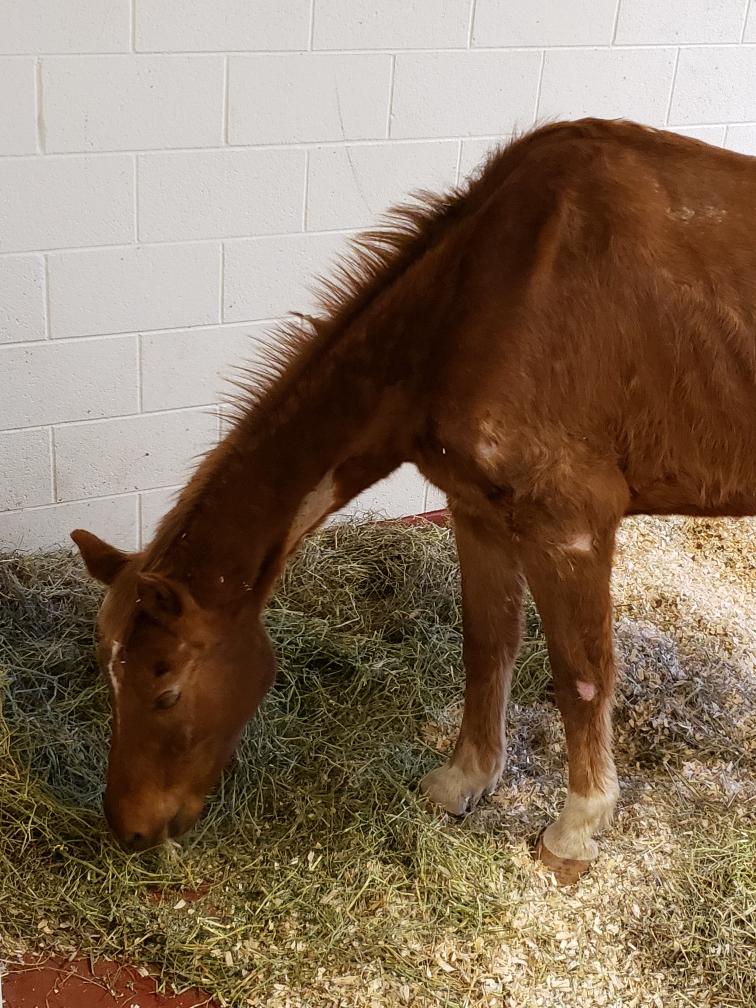 Regal, showing some minor scrapes after rising on his own power for the very first time.

At the time of publication of this update, Regal has gained 92 pounds. He can rise on his own. He is regaining muscle tissue and balance to the point where one of the vets even took him out for a little stroll in the sunshine! 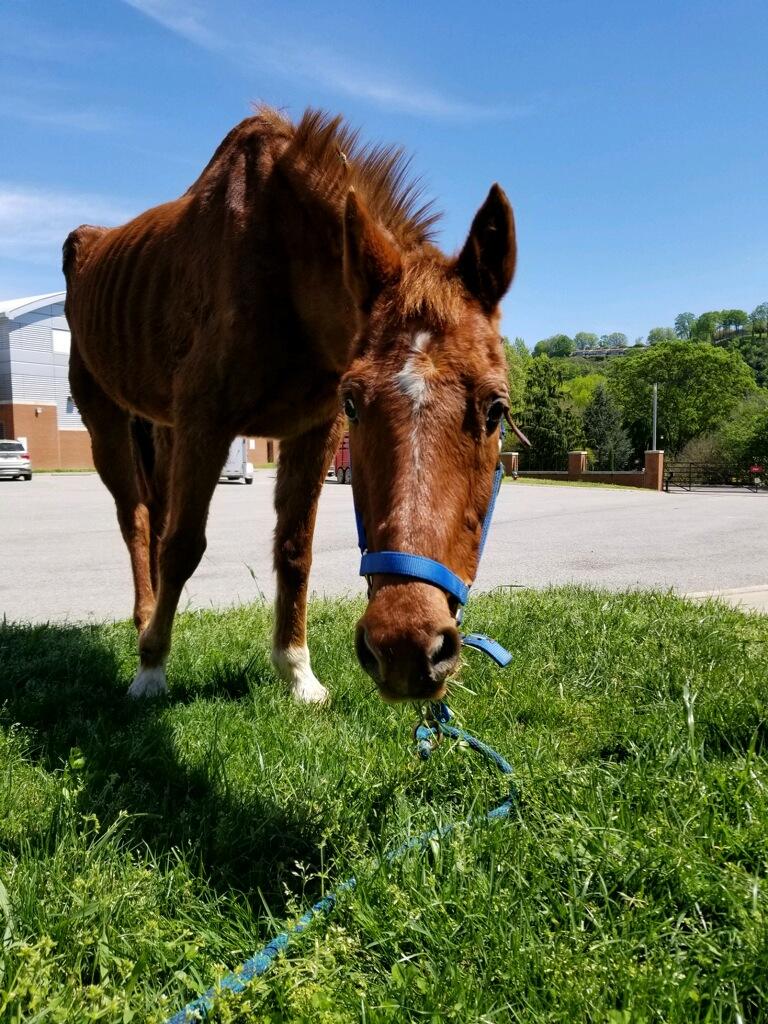 Regal should be released from UTCVM within the next few days. Several wonderful people have offered homes to Regal from Florida to Kentucky. In Regal’s next update, we will showcase Regal’s adoptive home as he continues on his journey towards wellness.

If you’d like to support Regal in his rehab journey, you can visit our Facebook page or donate directly via PayPal at [email protected]. Starlight Farm Animal Sanctuary is an IRS 501(c)(3) nonprofit that is platinum-certified on GuideStar. SFAS is run entirely by volunteers, so 100% of every dollar donated goes directly to supporting the horses in our care.