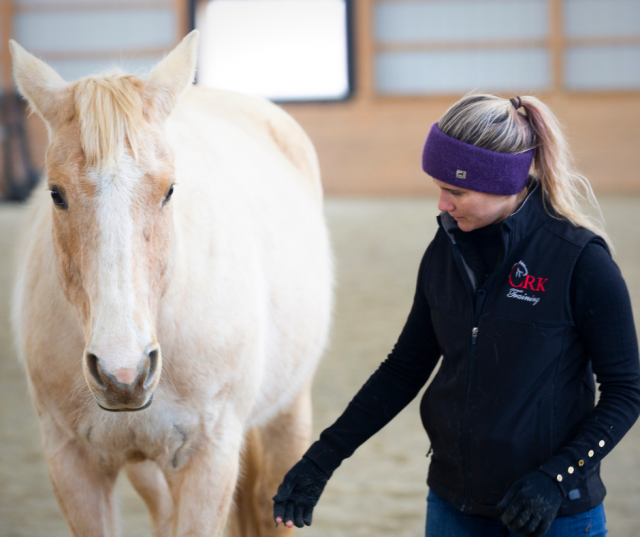 Callie King explores why it can be so difficult for people to change — even if that change means positive strides for them and their horses. 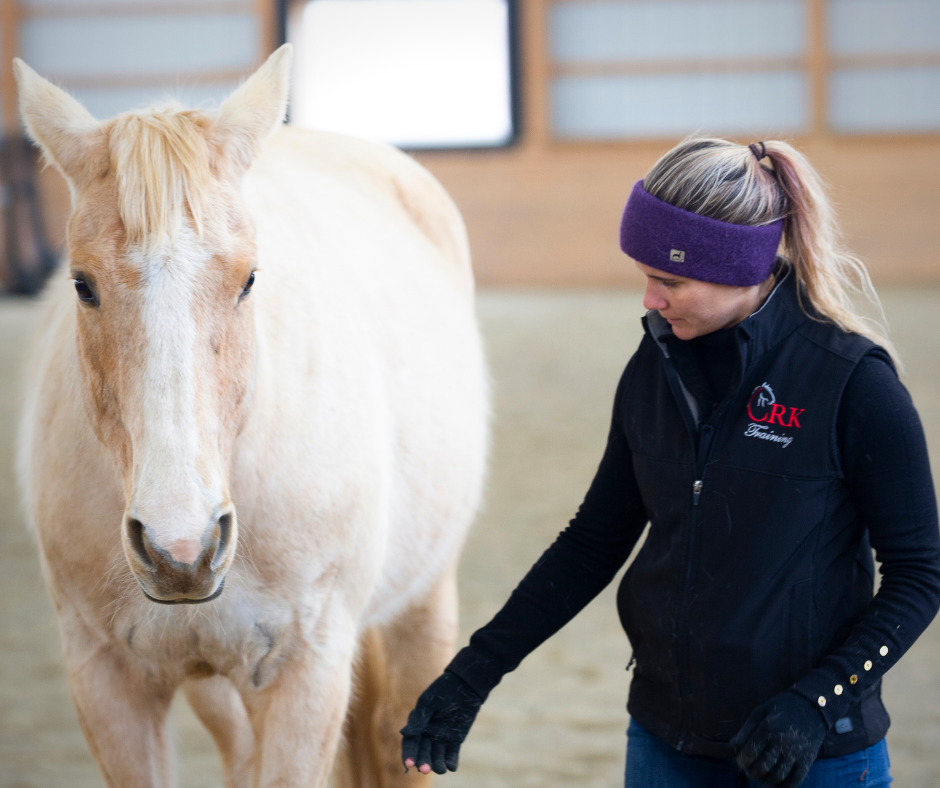 Disagreement exists everywhere, from barefoot vs. shoeing arguments in horse care to arguments over the role of dominance in training to what pieces of equipment should be legal at horse shows. To people on either side of a disagreement, the logic of the other may seem silly, irrational, lacking proof and just plain wrong.

Especially for those of us who want better welfare for horses, whether defined by kinder training, better fitting equipment, more time outside or more social interaction, it can be maddening to not see the changes we want happening more quickly from horse owners, trainers, and barn managers.

There is often clear evidence of what works best. A google search of “should horses be kept in stalls?” will lead to many studies showing benefits of turnout for decreasing respiratory problems to promoting better behavior, yet still many horses are kept stalled.

Studies looking at whip use in racehorses or in gaming events such as barrel racing show that the use of the whip does not actually cause the horse to run any faster, but that has not decreased jockey’s and rider’s use of the whip.

Part of the answer lies in a basic human drive by which we are all affected — drive that can cause us to be blind to facts and insensitive to the views of others. 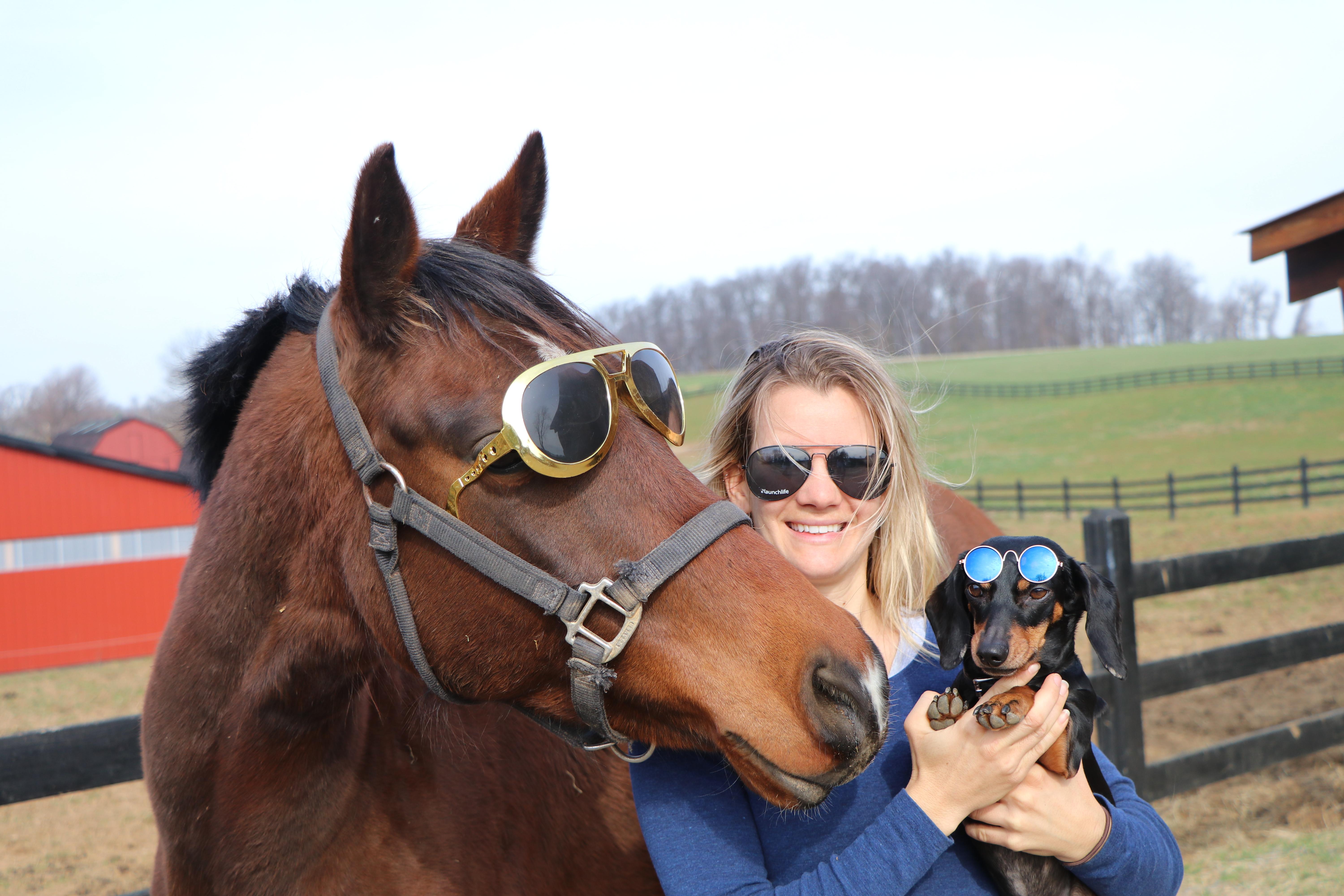 Our world is shaped by our perceptions and beliefs.

As humans, we are meaning makers, we have a need to understand the world around us and how we fit into it. From children on through adulthood we develop a system of beliefs that help us make sense of who we are and how the world works. We are most content when this system of beliefs is stable.

The term cognitive dissonance was coined in the 1950s by social psychologist Leon Festinger. Festinger proposed that the clash of a formerly held belief with new information challenging that belief causes psychological discomfort that the person will try to get away from as quickly as possible.

Simply put, being right feels good. Experiencing that we may be wrong is uncomfortable. How uncomfortable depends on a few factors.

The first is how personal the belief is. The more strongly tied the belief is to our own self-image, the stronger the dissonance, and the discomfort, when that belief is challenged. Perhaps a rider had been praised as a child for how confident they were as they raced around the speed events at the local gymkhana, kicking and whipping their pony to the finish line. This young rider was told he was tenacious and “showed that pony who’s boss”.

For this person to be confronted with the realization that their behavior was not confidence but aggression would challenge their self-image of what they believe they are.

The second is how valued the belief is. This is how important the belief is in the person’s life, and how much meaning they give it. For example, a person may have a belief that the only way to stay safe is to be in control of every situation. A training philosophy that suggests we should not seek to control the horse at all times would be challenging to that person’s core belief that control of others = safety.

The third factor is how much dissonance is happening for a person. If most of their belief system is stable and harmonious, and new evidence comes to challenge one belief it may be better accepted than if a person’s entire belief system is being threatened.

The fourth factor is the strength of the new evidence creating the dissonance. Logically, the stronger the evidence, the more difficult it becomes to ignore or explain away.

The universal human drive comes in at wanting to reduce the dissonance, to feel less discomfort, and essentially, to be right.

What we do to avoid the discomfort

The latter is most common.

Confirmation bias is seeking out information to prove what we want to believe, and it is what most of us do when faced with the mental discomfort of possibly being wrong.

We do it every day.

I go to pull out a piece of cake from the refrigerator at 9 am and then hesitate, my thoughts reminding me that “cake isn’t good for you”, but I quickly dismiss those thoughts that clashed with my hankering for a morning dessert by justifying the cake with, “I ran farther than usual yesterday, and I had a healthy breakfast today.”

Does running the day before and eating healthy prior make the cake any less full of sugar and white flour? No. But it makes me feel better about eating it.

The point is we go through this same process in more important areas of life than the occasional piece of cake.

For someone suddenly seeing evidence that their saddle does not fit and is likely the cause of their horse’s nappy behavior, they may look for evidence to the contrary, recalling that “my grandfather never worried about saddle fit”, or “I’ve been at top show stables where they use the same saddles on every horse,” or “I’ll get that gel pad that says it reduces pressure points.”

Speaking to the example of the gel pad, purchases are an easy way to quickly reduce cognitive dissonance, and a big reason that effective marketing creates awareness of problems.  If a product promises to solve a problem, simply making the purchase quiets the dissonance.

Another way confirmation bias occurs is by limiting ourselves to only listening to the arguments for our beliefs, opinions and behaviors. We may only read the books that support our views, only listen to the teachers aligned with what we believe or only read the studies proving our beliefs.

This internal effort to prove ourselves right continues even after we have made a choice between two options.

Numerous studies have been conducted in a similar method of asking people to rate the desirability of several items. In one study, the items presented were random household items, such as a toaster or a cutting board. Participants were asked to rate the items then were told they could choose one to take home.

After making their choice, they were asked to rate them again. The chosen item was now rated higher and the other items lower, the brain’s way of further convincing itself that it had made the best possible choice and was, of course, still right.

Another place to get comfortable with being uncomfortable

So how do we become more open minded, more able to recognize cognitive dissonance, look at both sides of an argument, and make the best decisions, for ourselves, and in this discussion, for our horses? How do we present another with evidence we believe to be true, knowing that it will cause them discomfort, but hoping they will change?

Growth and change require getting more accustomed to being uncomfortable.

When we strive to improve our physical skills in riding, we have to get used to the idea of being uncomfortable. Expanding our skills and abilities is a process that requires stretching limits and working on the edge of our comfort zone. The more we push ourselves to work on the areas that are challenging, the more we can improve.

The same is true for mental growth. Openness to new ideas, improvement in our way of thinking and the acceptance of higher quality beliefs comes from acceptance that discomfort will be inevitable. If we want to change the minds and behaviors of others, we also need to accept that to know an issue well, it is important to hear and seek to understand the arguments on both sides.

Of course, to take in the views of another when they are contrary to our own is also uncomfortable. However, how can we chastise others for being ignorant, close-minded or refusing to change if we have not first opened ourselves up to the potential discomfort and cognitive dissonance of hearing their views?

When we do present evidence that we know is likely to cause some dissonance for someone, we can do so with empathy for the discomfort they will feel.

Returning to our earlier example of attempting to change someone’s awareness of saddle fit and their practice of using a poor fitting saddle for their horse, we can show the evidence that there is a problem, perhaps pointing out the horse’s expression when the badly fitting saddle is put on or explaining how patches of white hair are caused by pressure points.

Telling the person they are a bad horse owner or that they obviously don’t care about their horse would be an attack on them as a person and would be more likely to trigger a defensive response rather than change.

When we are open to new ideas and new beliefs, we are also open to discomfort. No one likes to find out they may be wrong, and the closer and more personal the belief, the tougher it is to be wrong.

Our minds will automatically hold on to being right, justifying the belief or behavior (“it’s been done this way for years”), explaining away the new evidence (“they didn’t have good controls on that study”) and looking for information that supports the current belief (“this person did it like this and was fine”).

But growth and change do not come from being right, they come from being open, from not only accepting discomfort, but seeking it out by asking questions, exploring opposite ideas and being ok with staying uncomfortable, not always knowing what is right.

Callie King operates a boarding and training facility in Chester County, PA where she works with horses and riders of all levels. She specializes in taking a science-based approach to both teaching and training. This includes a holistic approach to riding, considering the health and soundness of the horse, the suitability of saddle and tack and the individuality of each horse and rider.

Callie strives to create a positive learning environment for students and horses, always looking for ways to make learning fun, and incorporate the newest information and research on psychology, behavior, and learning into her teaching and training. Callie also publishes a weekly video blog and creates online courses on riding, training, and horse care. You can view hours of free video at www.CRKtrainingblog.com. 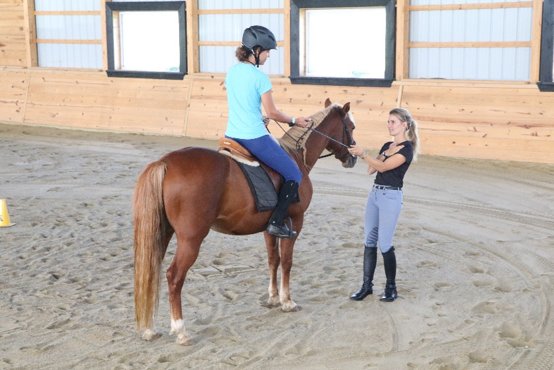 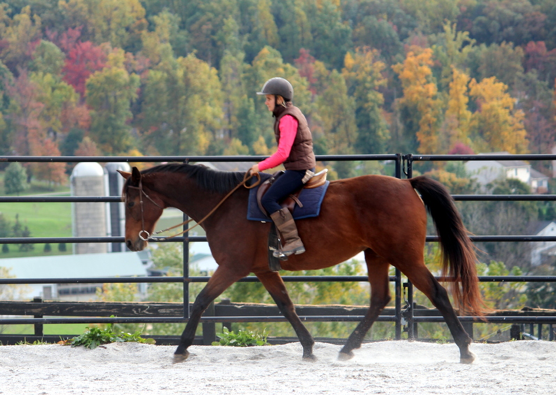