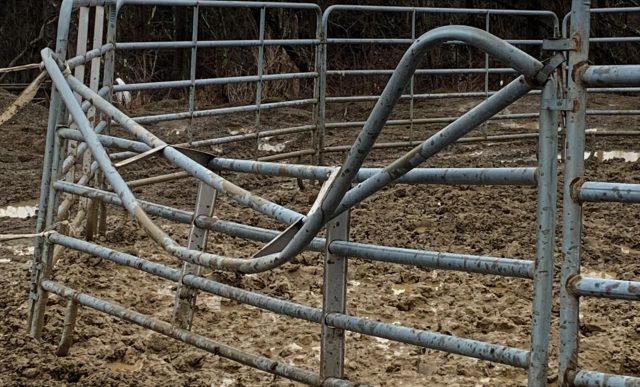 “Buns tried everything to take himself out…In a matter of 24 hours Buns gave me a serious bout of heartburn, a headache and a heart that fell into the pit of my stomach.”

On his journey to recovery I, along with In Stable Hands, have faced many challenges and educational topics that I would like to share. We’ve faced and discussed proud flesh, the fracture, the tendon damage and maintaining a healthy weight. In my last article I started to discuss the steps we’re taking to aid in a full recovery when I covered Buns’ rehabilitation exercises.

Now we’re going to take a step back and I’m going to tell you about a 24-hour period during which Buns tried everything in his power to permanently take himself out of commission. Luckily for us, was unsuccessful.

In a matter of 24 hours Buns gave me a serious bout of heartburn, a headache and a heart that fell into the pit of my stomach. On January 4th at 9:20 am, I received a text from the barn owner that said, “And look who decided to put himself in the dry lot today…guess he decided, ‘I’m out!!'” The message was followed by this picture: 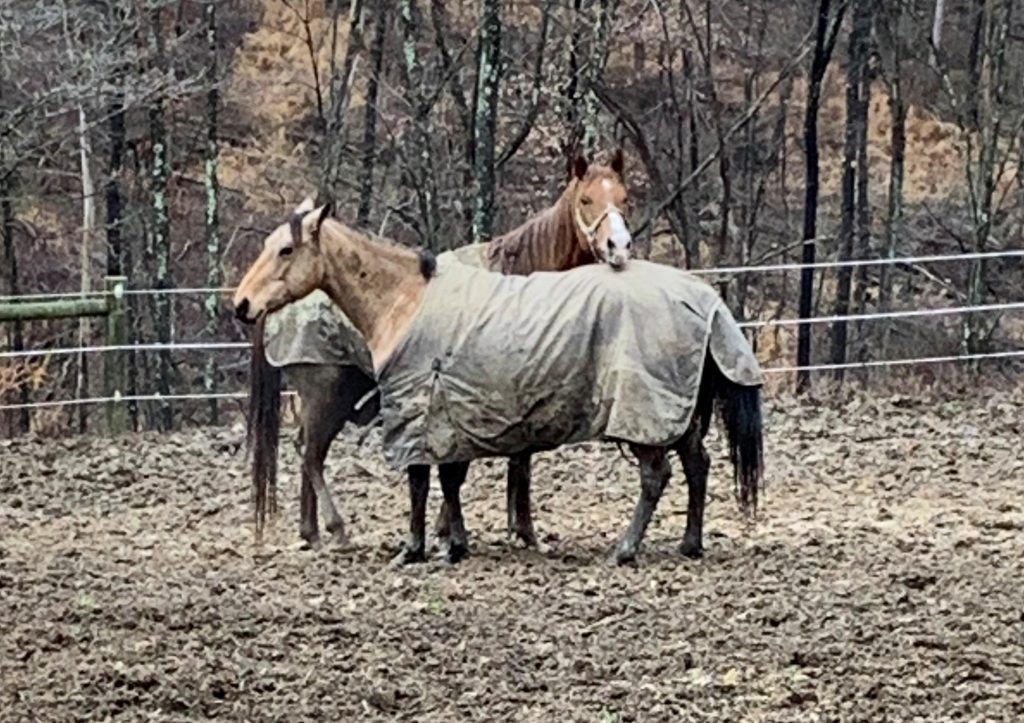 I was curious and thinking it was the best case scenario: either the round pen gate wasn’t fully latched and the door opened or he was bored, maneuvered the latch to open and made a move to escape. Neither scenario was the case.

The conversation with the barn owner was light so I assumed he wasn’t anymore injured than before he went into the round pen. I knew if Buns injured himself, I’d be receiving a call instead of texts, so I wasnlt worried.

The picture I saw after sickened me. I immediately thought, “Did he hurt himself?” And, “Did his already injured leg remain intact after this stunt?” Instead of asking any of these questions, I sent a rather profane response that I won’t repeat. It’s the only thing I could think to write at the time. 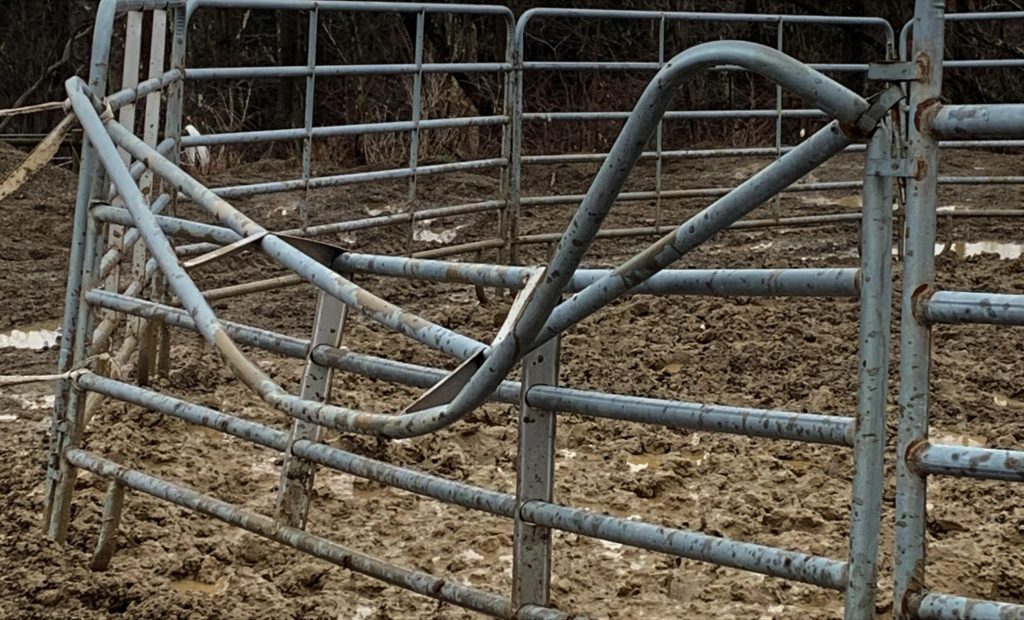 Wow! What a close call! Buns managed to do all that damage to the round pen panel but walked away without any new scratches. That one mishap was enough of a scare for the month. Back into your stall you go, Buns.

But, Buns had other plans…

At 12:57 pm I received another text from the barn, “your horse is a [email protected]*%!#g nut.” This text was from a different family member so I assumed he was commenting on Buns’ incident with the round pen panel. Nope! I couldn’t get that lucky.

My pent up, cabin fever inflicted horse managed to pull his stall front down onto him! For the second time that day, my heart was pounding out of my chest, I had heartburn that the toughest medications couldn’t get under control and my head was about to explode.

To my surprise, Buns again walked away with only his prior injury. What a relief — and a blessing! I knew, and had also discussed with the barn personnel, that it was time for Buns to get a follow up visit with the vet. He either needs some exercises to keep his brain and body busy, or he needs some type of sedative. His recent stir crazy attitude is enough to get him really hurt.

I scheduled Buns a check up for Friday January 17, 2020 at 12:00 pm. Until then, I decided I was going to take extra precautions and wrap Buns leg a little more excessively.

Due to my increased stress level, I may have gone a little overboard with my care interventions. On January 5, 2020, the day following Buns’ shenanigans, Buns received the works. 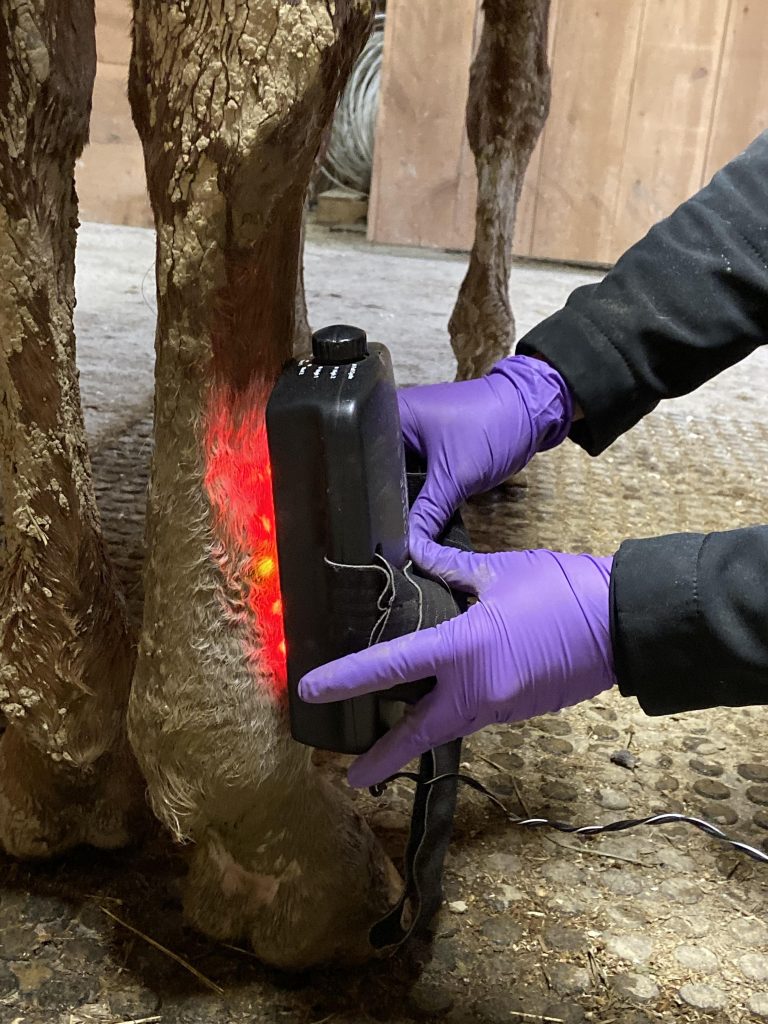 I walked into his stall, placed his halter on his head and began the walk down the barn aisle to the cross ties. I was ready for him to blow up and attempt to take off running, but he walked quietly next to me.

I removed his old support wrap, still cautious that he may lose his mind at any moment, but he continued to stand quietly like the well behaved horse I remember.

Once the old wrapping supplies were removed, I scrubbed his leg as well as I could with warm water. He had mud EVERYWHERE and it was entirely too cold to hose his legs down. Once I removed the hard, dry mud as best as I could, I began red light therapy.

Buns received a NICE, LONG treatment. Any intervention I can try to increase healing time, I’m willing to invest in. I’m not messing around; I need to provide all the options I’m given to promote healing before Buns gives himself another injury. 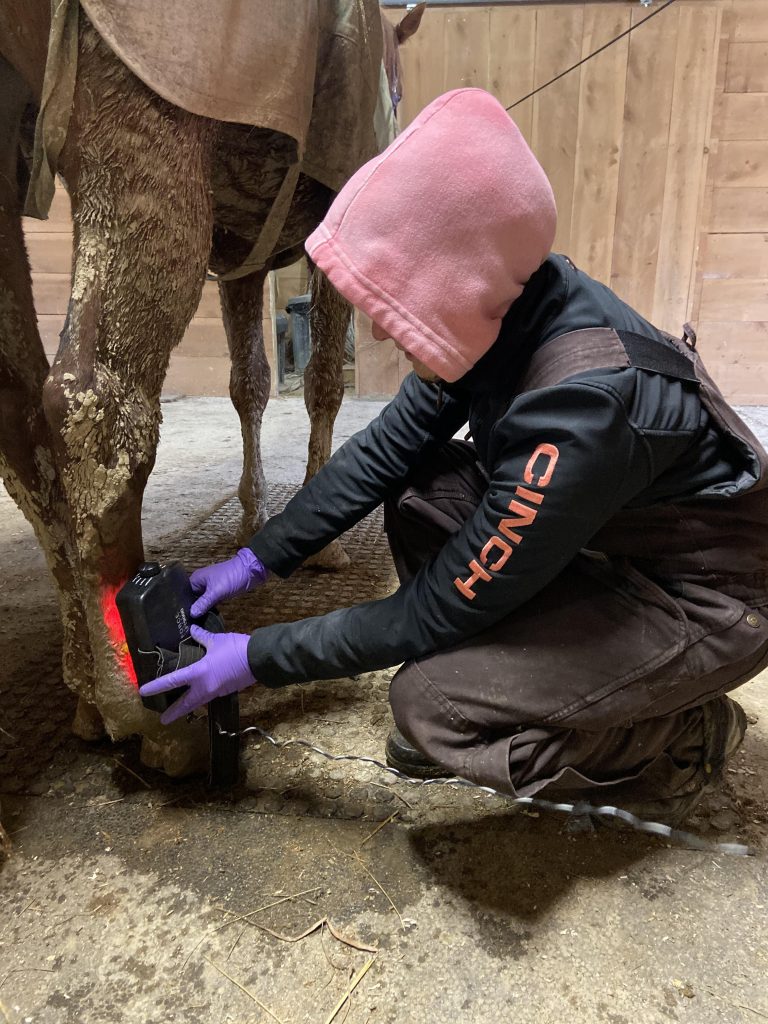 After finishing Buns’ red light therapy treatment, I applied the support wrap — perhaps a bit excessively. I wasn’t playing games. I wrapped Bun’s leg, and then I wrapped it some more, and just when I thought there was enough support, I added more.

I started with a cotton wrap. I then added a quilted wrap followed by an entire roll of vet wrap. Buns’ tendon was secured but I didn’t stop there. To top it all off, I added a support boot. 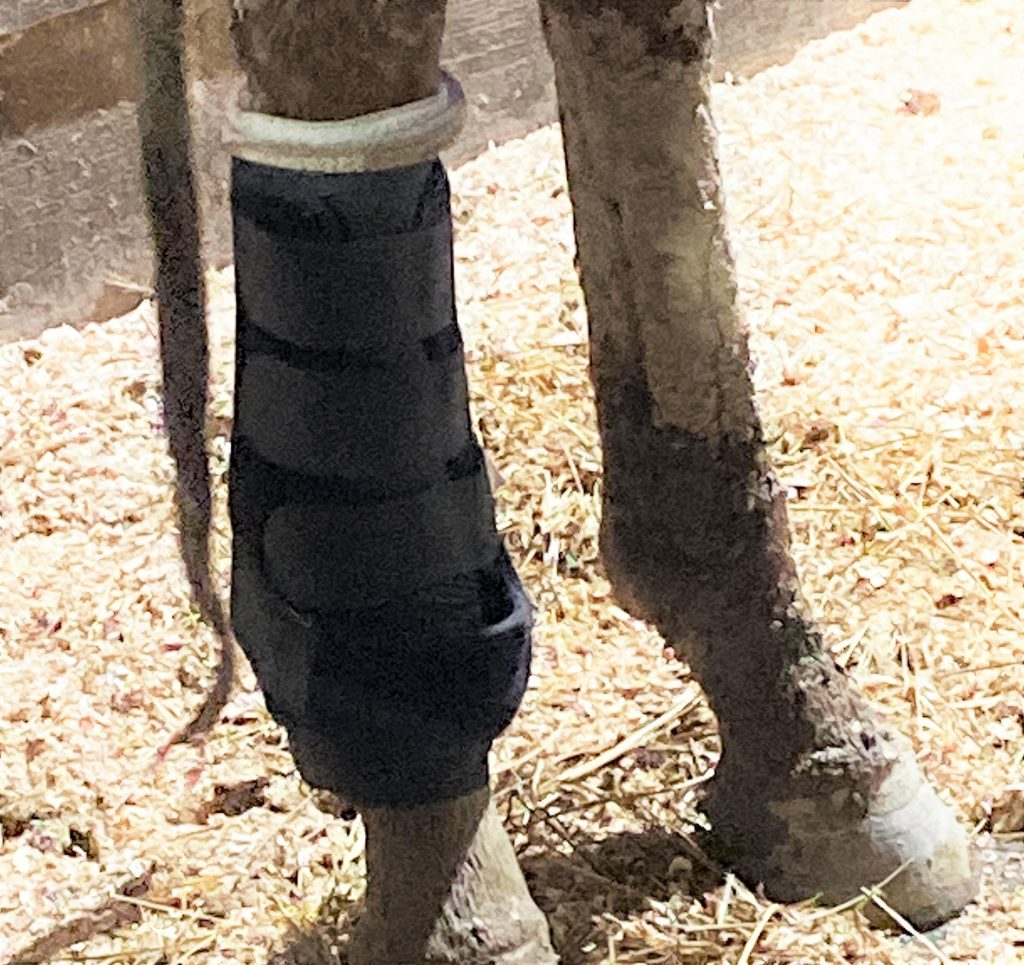 Now, we will count the days until Buns’ vet appointment in order to assess how his recovery is progressing. The suspense is absolutely killing me, but the stall rest may just be be the death of Buns!