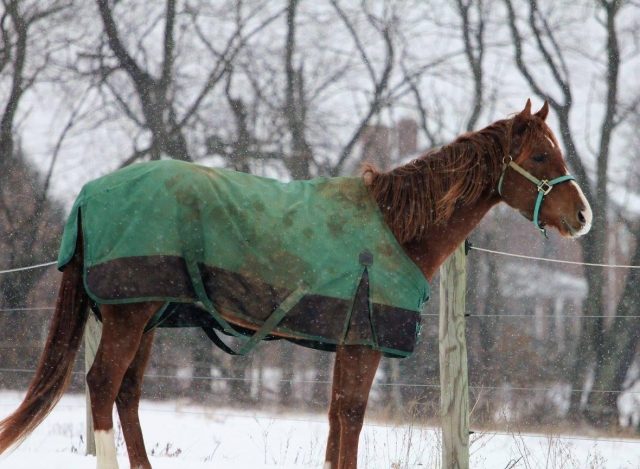 On his journey to recovery I, along with In Stable Hands, have faced many challenges and educational topics that I would like to share. We’ve faced and discussed proud flesh, the fracture, the tendon damage and maintaining a healthy weight. The next issue we’re combating is rehabilitation exercise. 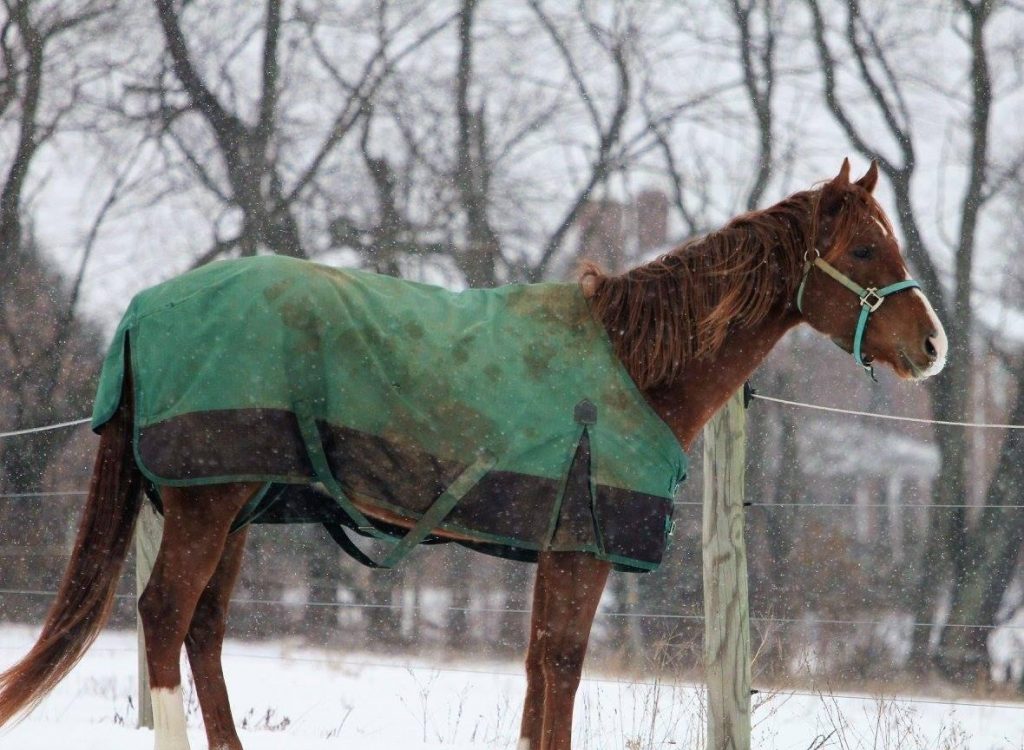 Rehabbing an injury of any specificity has similar interventions for optimal healing and Funny Bunny B’s rehab is no different. I need to build a foundation and then build on that foundation to provide beneficial outcomes in Buns’ healing. If I did not start with over simplified steps and continue to add to it, I’d be setting up Buns for failure. While he may appear healed in the near future, not taking the proper steps now will create weakness in the injured area later down the road.

In Stable Hands and I have put a lot of effort into making sure Buns has had adequate time outside of his stall daily.

From day one of his injury, Buns has been out of his stall for small increments of time. At the very beginning we would walk the aisle of the barn down to the crossties for his daily dressing changes. Over the past few months, these small walks down the aisle have evolved into hand walking around the property.

As much as we liked to believe that Buns was getting his daily dose of “free time,” walks down the aisle were not enough to fulfill his desire to be outdoors. Buns wants to be outside with his friends. You can only imagine how pent up he feels being in his stall for approximately 23 hours per day.

On most walks Buns would explode. Without any warning he would start rearing and bucking while on the lead line, dragging me across the farm like a rag doll. What happened to my quiet, calm, well-mannered horse? He’s gone from partner of the year, all around extraordinary horse, to a cabin fever ridden, ticking time bomb. His flavorful tricks while he was on his walks has scared away the barn helper, leaving her intimidated and weary of handling him.

Day after day I attempted to give him enough walking time to suppress the urge to go full out nutty but walking just wasn’t cutting it for him. Thank goodness we’re passed the hand walking stage!

Hand walking Buns – the video before he blows up!

As the weeks have turned into months, we have slowly introduced Buns to small amounts of turnout. I’m not going to lie, the first few times I was worried sick that he was going to sustain another injury with how insane he was acting.

The space was only five round pen panels big — just enough space for him to turn around and stretch his legs. That space was also enough for his large, athletic, energy struck self to buck and rear in place as if he was never injured. 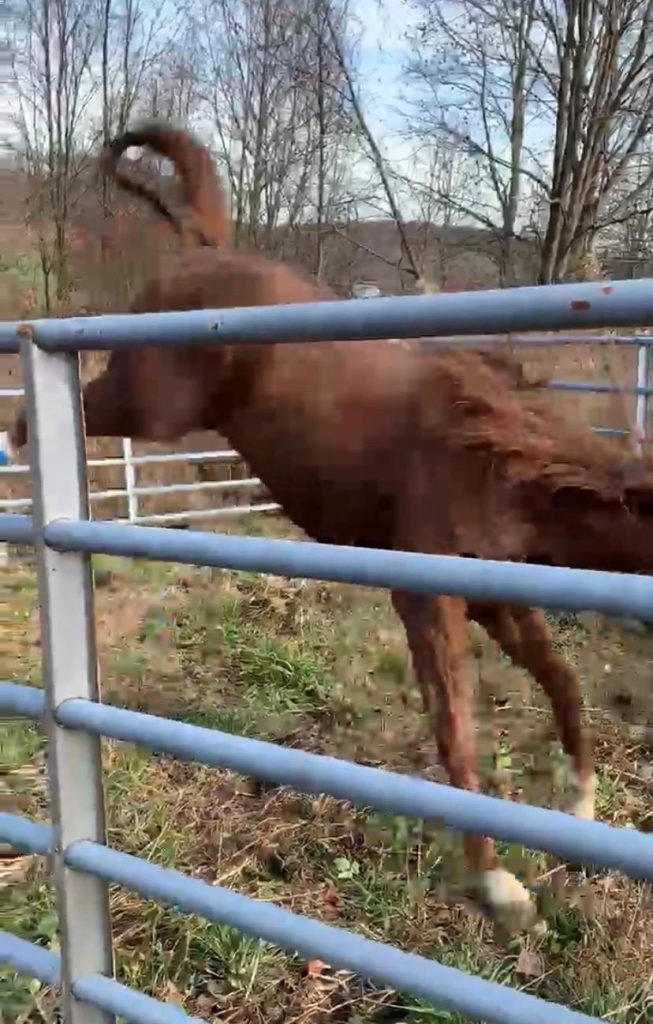 Buns started out in the small turn out area just long enough for his stall to be cleaned. As the weeks went on we gradually increased his turnout time to a couple hours. Being out for a couple hours daily has calmed him down and he has returned to the quiet, respectful horse I remember him to be.

Over time, as he calmed down, we added more panels, giving him space to walk around freely. Now that he is quietly walking around, his turn out time is longer than the amount of time he spends in his stall. 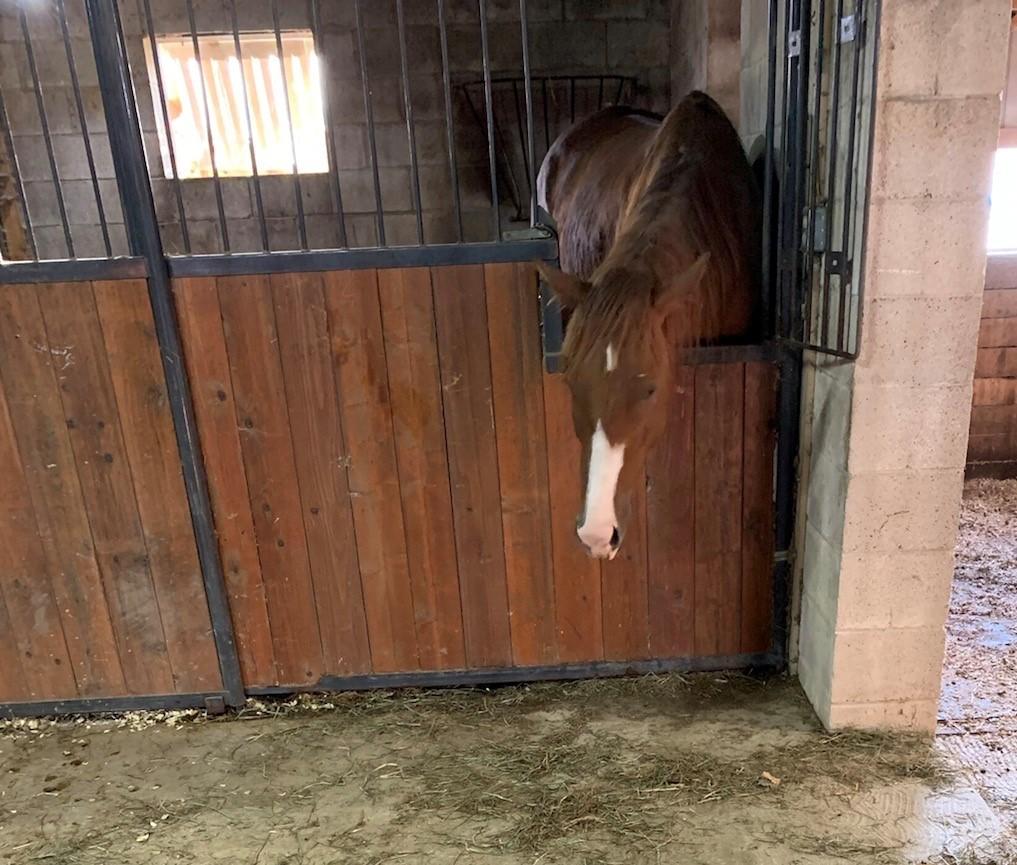 Over the next few weeks our goals are to keep the swelling down by using Red Light Therapy, wrapping the area for support, optimizing turn out time and cold hosing the leg.

A follow up appointment with the veterinarian will also be scheduled to obtain a better idea of how Buns is healing. This will give In Stable Hands and me a better idea of how he’s healing and what steps need to be taken next to continue treating the injury for the best possible outcome.

Hopefully the new year brings a speedy recovery with a positive prognosis as we continue to put our time and effort into his well being.