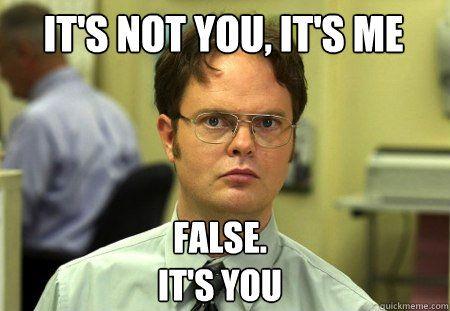 November 18, 2019DeAnn SloanDeAnn Long Sloan#HORSE TRAINING, Self-ReflectionComments Off on If It’s Not the Horse, Maybe It’s You

If your horses always seem to demonstrate the same behavioral issues, maybe it’s not the horse… maybe it’s you.

I recently attended a clinic during which one of the participants stated that he had difficulty finding a horse with which he got along. He then listed the number of horses he had bought and sold over the course of the past five years.

As he sat astride his latest purchase, a lovely little mare that would please most decent riders in my discipline, the clinician paused. She looked the participant up and down, narrowed her eyes, and asked, “Have you ever considered that you might be the common denominator in that equation?”

In the silence after the clinician asked her question, I guarantee most of us were thinking the same thing:

That said, this particular rider is known for getting horses and selling them as soon as they don’t perform how he expects them to… or as soon as he performs poorly while riding them. And the thing of it is, he gets his hands on nice horses, so we get especially frustrated when a poor performance is blamed on the horse.

Although that is just one anecdote, this is an issue that seems to plague a lot of riders. They struggle to build a bond, click, sync or whatever term you want to use to indicate that they can’t form a relationship with not only their current horse, but also any other horse over which they swing a leg. They’re the riders who somehow always have hard keepers, hot horses, horses that are ring sour or any number of other issues that manifest themselves with handlers that work them too hard, too long and too repetitively. Or, in some cases, just not at all.

Many of these riders, rather than focusing on how they are contributing to the situation, blame the circumstances or, worse, the horses. I often wonder how the rider who always has a horse that rears — even if it’s a different horse than the last one — cannot recognize that she’s the only thing the horses have in common. Or how the rider who purchases finished horse after finished horse can blame the horses for sub-par performances in the ring. 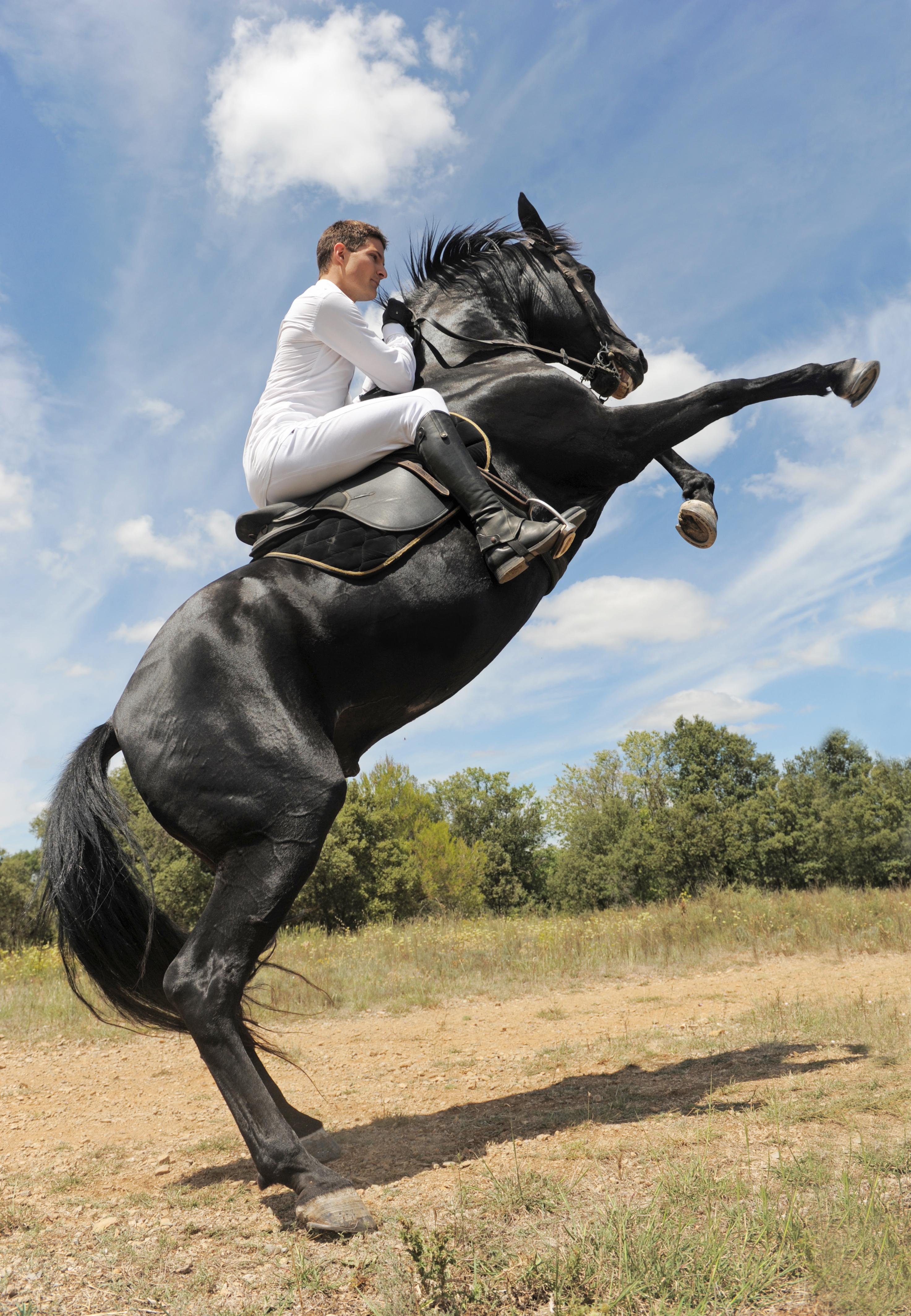 We all know at least one of these riders within our local horse community (and, to be frank, if you don’t, it might be you).

There is a saying that goes, “When you point your finger at someone, there are three more pointing back at you.” Whether that someone is human or equine, the adage holds true. It clearly isn’t the horse’s fault that there is a behavioral issue, a performance issue or both. No, in these cases the issue is most often the rider.

As riders, how do we make sure we don’t become those people? How do we make sure that we aren’t the horse people who come out of the arena or off the trail blaming everything from the wind to the woman who was taking a picture in the far right corner of the bleachers for our poor ride?

The answer is simple, albeit hard to implement at times. Instead of looking outward, we need to look inward. We need to acknowledge that, quite often, the problem — or at least the catalyst — is us. Some horses are more reactive that others, some are more talented than others, but nearly every horse is capable of behaving like a good citizen if it understands what is expected of it.

And therein lies the crux of the issue. As riders we need to set parameters for our horses, be consistent, be fair and, above all else, look at ourselves and examine how we contribute to our horse’s behavior — good, bad or otherwise. We need to work on our own behaviors and what we are communicating to our horses through not only our hands and seats, but also our unconscious body language.

I know, I know — if it’s unconscious, how do you work on it? The best way? Hire a professional. Take lessons, talk to someone, do whatever you need to do to make sure that the energy you communicate to your horse is reflective of how you’re hoping your horse will behave. 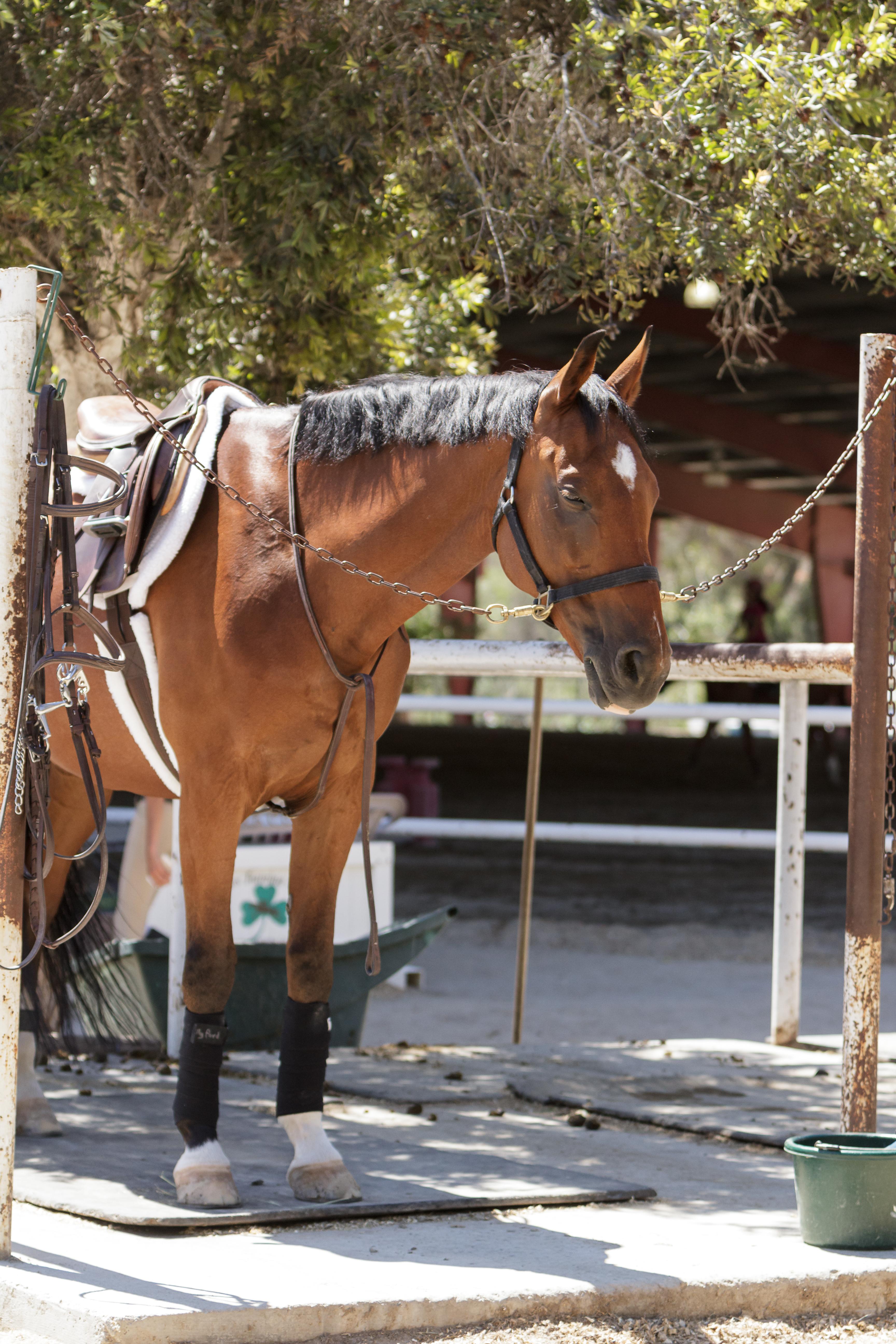