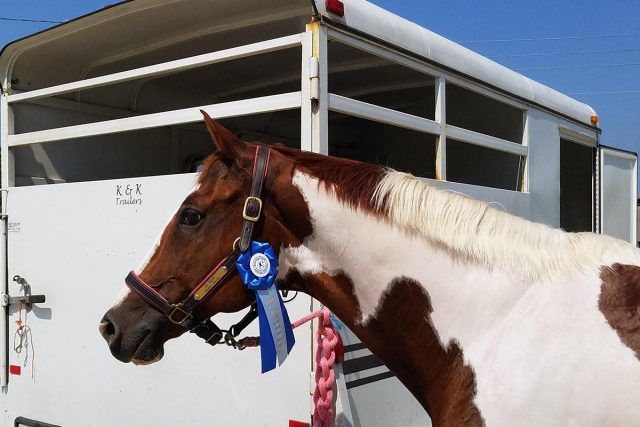 Just six days after competing at AECs, Ainsley and JJ went in for another Training CT. Read how it went. 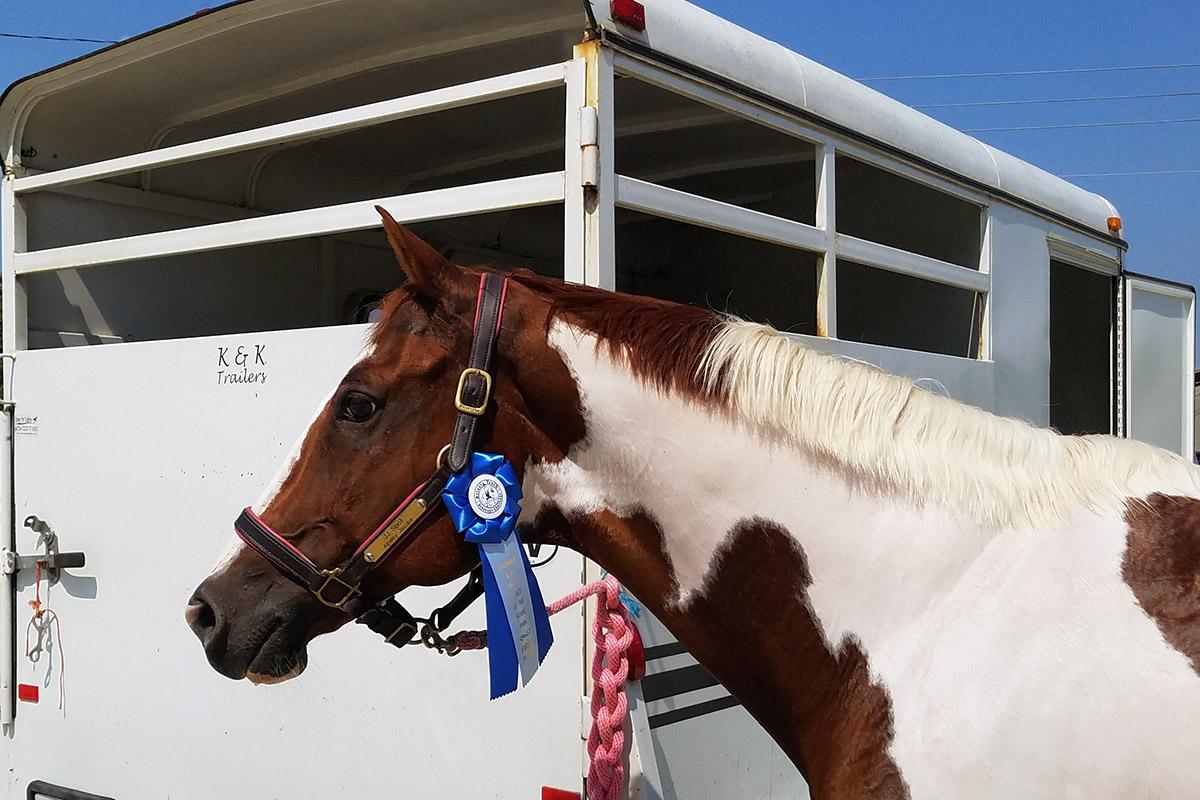 When you’re the only one in your class, you’re a winner *and* a loser. Good boy, JJ. Photo by Ainsley Jacobs/Ride Heels Down.

Yep, I really am crazy enough that just six days after finishing 7th at the USEA American Eventing Championships, JJ and I were back at it for another Training CT. (I actually registered for this event while I was still in Kentucky – how’s that for dedicated?)

Turns out, I suck at reading rules… I thought for the GDCTA year-end awards I only needed three scores, but it turns out I also need two clear jump rounds – and we had a rail in all of our Training CTs so far. So, I did what any reasonable person would do – I frantically looked at my calendar and found two very slim chances to make it happen before the season closes on September 30th.

While out for ice cream one night at the AEC, I ran into my friend Marian Bickers from Cornerstone Equestrian and she mentioned she was scribing for the AYDC schooling show that coming weekend, and that the shows are really fun and low-key. That was just what I was looking for, so I decided to go.

… except that, prior to the AEC, I had decided to finally get my crappy tattoos removed. Thinking that I was going to have down time after the event, I scheduled the first laser appointment for Wednesday, September 4. Well, apparently you aren’t supposed to do anything involving “sun or sweat” for several days after the treatment (so, basically: horses), but I decided to go for it anyway.

I had a short flat lesson with coach Lauren Turner of River Birch Farm on Tuesday to prep, but it was so goddamn hot that I was pretty useless and really didn’t do much of anything except try and remember how to ride Training-level movements since we had been focusing on Beginner Novice for the AEC recently.

Wednesday I got zapped and stayed away from the barn for the rest of the week. JJ got his “vacation” and I got to stay inside and tend to my angry skin.

It’s been seriously hot here in Georgia lately, with temps in the mid-90s. This weekend’s forecast wasn’t any better, and so the wonderful show organizers did their best to get ride times as early as possible. Which meant my dressage was set for 8:36am…

I was planning to haul the 1.5 hours and just ship-in to this show at the Georgia International Horse Park so I didn’t incur a stabling expense, and after some panicked schedule-calculating realized I had to wake up at 4:30am. WUT.

But, I was here for a purpose and I sure as hell wasn’t going to waste having woken up at 4:30am for nothing! Even though I was completely on my own this weekend with no coach and no crew, I trusted my horse and I knew we could do it. So, in we went and around we flew. And guess what? HE WAS GODDAMN PERFECT and went clear, just like I needed. Good boy, JJ.

I was pleasantly surprised when I got our dressage test back to see we had scored a 36.429 – not bad at all, and our second best Training score to date! Plus, there was a fun note from Marian on it. 🙂 Overall, I’m really glad I suck(ed) it up, buttercup and let JJ try, because he was wonderful.

And now, we have one last chance to get one more clear jump round in two weeks. Wish us luck!

If you sense that you’re self-sabotaging, stop! Don’t look for excuses, and don’t convince yourself to bail – just do whatever you can to work towards your goal and let it be what it’ll be.