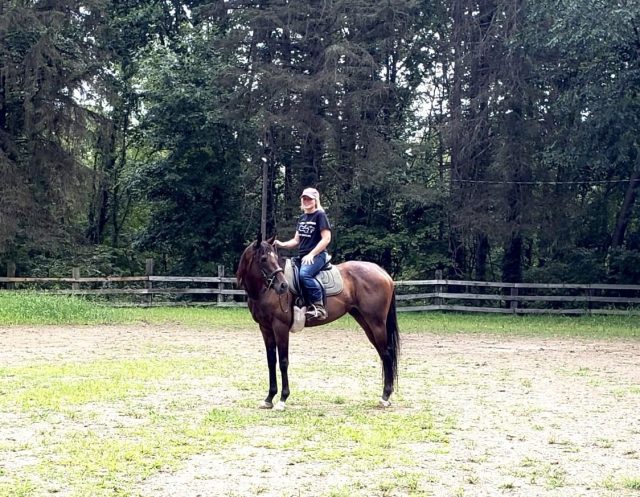 For 673 accepted trainers, the journey to the Retired Racehorse Project‘s 2019 Thoroughbred Makeover has begun! Over the training period, three of those trainers will blog their journeys, including their triumphs and their heartbreaks, successes and failures, for Horse Nation readers. Marcella Gruchalak not only discusses her and Nessi’s “Aha! Moment,” but also how Nessi actually is quite similar to a light bulb. 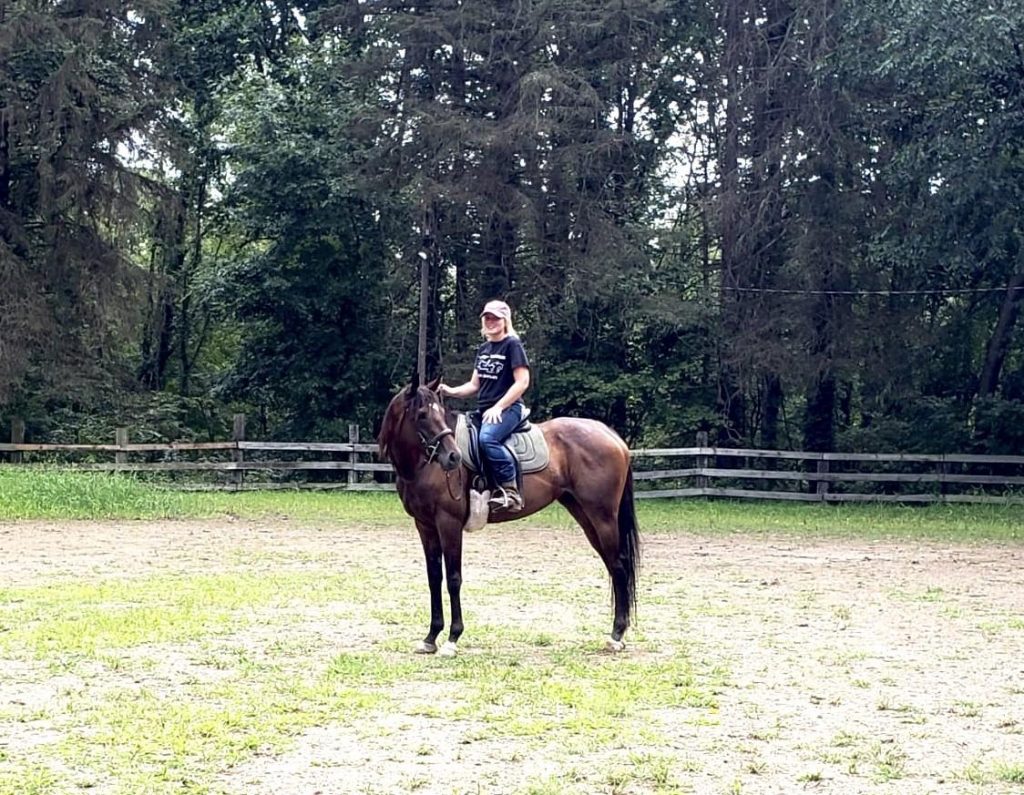 Light bulbs are an invention that look simple, but they require much more than screwing them in and flipping a switch to activate the light they emit. Light bulbs have a long history that involves a number of steps before they became regular household items. Much of a light bulb’s make up is taken for granted because of its simple appearance. Most of us fail to realize the complexity of this useful item. Light bulbs are fragile and delicate. They use energy and, if correctly installed, they glow. All these points also happen to be the case with Nessi.

When I first brought Nessi home, she was fragile and delicate. She had ulcer issues that lead to poor eating habits, which ultimately resulted in poor hoof condition, coat and body score. Everything about her was brittle, leaving her close to the edge and about to break. These issues cascaded into her riding — or lack of riding. 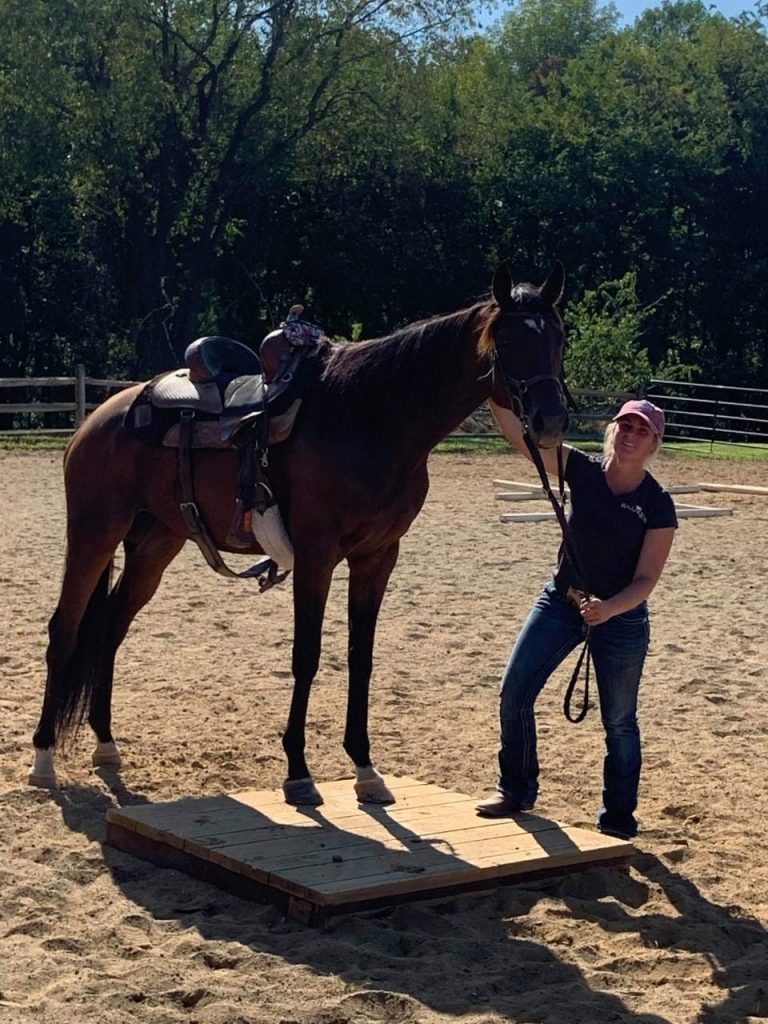 For the first several months she was operating like an incandescent bulb. Incandescent bulbs are not the most energy efficient bulbs. They use more energy than necessary to achieve a less-that-optimal result. Nessi had been operating the same way. She hadn’t been using her body correctly, leaving me feeling as if Nessi’s progress in the saddle had plateaued. Everyday for weeks I felt as if I was battling the same issues without resolutions. She’s was rushing into her canter, speeding around the arena, using the fastest most uncomfortable trot I’ve ever ridden and her walk was fast and tense.

Nessi did not understand the concept of engaging the canter at a relaxed rate. When I asked her to pick up the left lead, she would quickly trot off for five or so strides until she pushed herself into a fast, unbalanced canter. The right lead was even worse. She would rush off, shoulder in and approximately fifty percent of the time pick up the wrong lead. No matter what I cued, Nessi seemed to think “leg means rush off.”

The trot showed most of the same qualities. It was fast, with minimal collection and consistency. It was difficult to post and even more difficult to sit. Sometimes she would race her trot up into the canter.

But these two gaits weren’t the worst. The walk surpassed them by far. She didn’t even know what walk meant. She went around head up, body hollowed out, attempting to trot every chance she could, utilizing more energy than was needed to complete the task and tiring herself out quickly.

The light bulb has drastically evolved over the years. It started out using carbonized paper in a glass bulb. This trial showed to be effective at creating light but burned out quickly. Cotton thread was then used in attempt to get a longer lasting glow, which showed to be successful but continued to work only for short periods of time.

Nessi’s progress was very similar to this evolution. She was educated using every method I had learned over the years and still, these methods were proving to be ineffective. She was tiring out quickly and not using her body in a practical and productive manner. This left me frustrated and ready to give up. 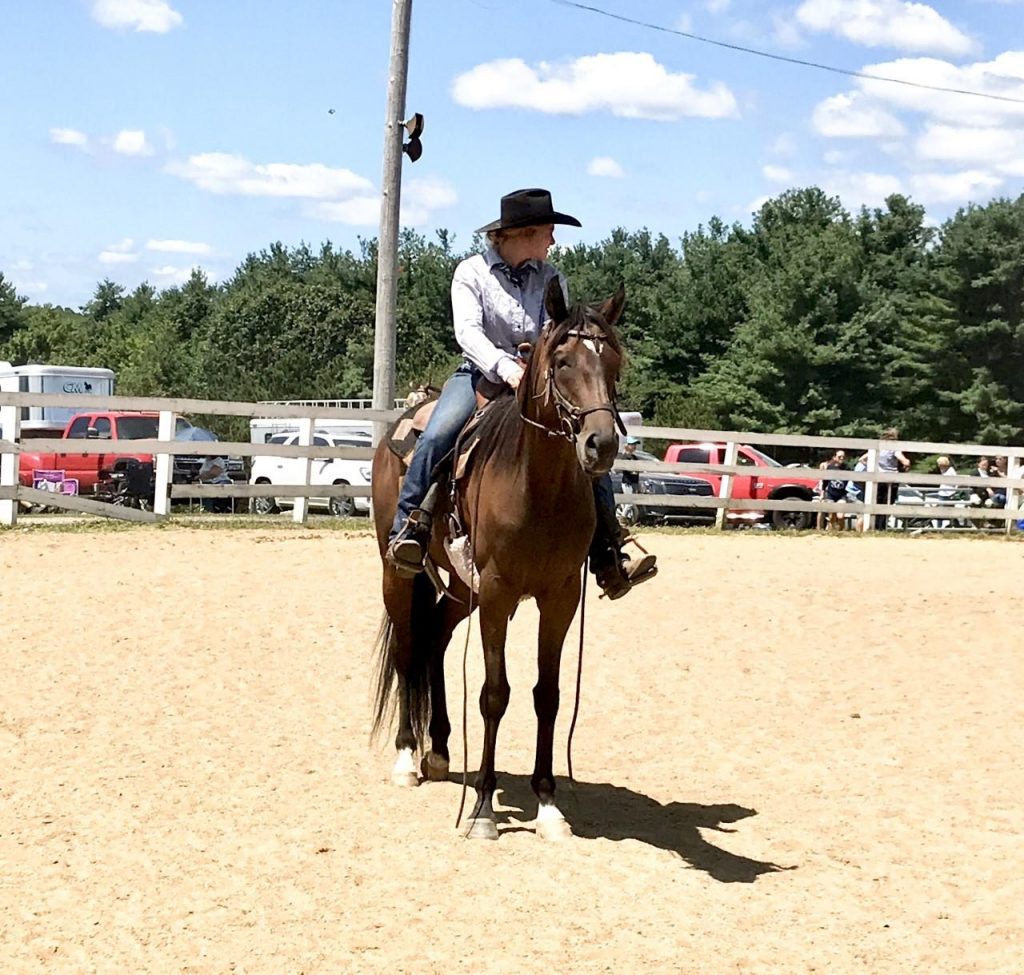 These feelings also happened during the designing of the light bulb. Eventually, after multiple avenues were explored, the patent was sold to Thomas Edison, who had a break through on the invention of the light bulb and manufactured the most effective design. Throughout Nessi’s training, the ideas and methods I used for training were not the most effective and did not allow her to shine as brightly and as long as she could, so she went to NC Equine, LLC for three weeks of training. While there, we were both educated on different ways to obtain the same result in training. Then, during one particular evening, Nessi and I had a light bulb moment!

That evening everything clicked. Over a period of two hours, I learned how to obtain a collected trot and work on a relaxed, stretched out walk. Her energy was being used more conservatively and she was able to perform longer and at a higher level. Her canter was calmer and at a consistent pace, so she could continue around the arena multiple times. From that point forward, we have been continuing to make progress. Nessi is now functioning more like a compact florescent bulb. She’s absorbing new cues and has been easier to educate. She’s been utilizing her energy efficiently and in a more productive manner.

Like an efficient light bulb, Nessi is now glowing without threatening to dim. Her talent is shining brightly for others to see. She’s gone to multiple shows and has been successful no matter what event she’s entered in. We have placed in Western Pleasure, Western Equitation and Western Gaming. She has been taken to mounted shooting events without breaking over the ringing of gunfire and does not crumble on trail rides. Unfortunately for me, Nessi seems to shine brightest over jumps. She has never refused them and is most productive with the jumps aiding in absorbing her energy.

It’s been a lengthy process, but in no time, Nessi will be shining like an LED light. She’ll be bright and have what it takes to last.