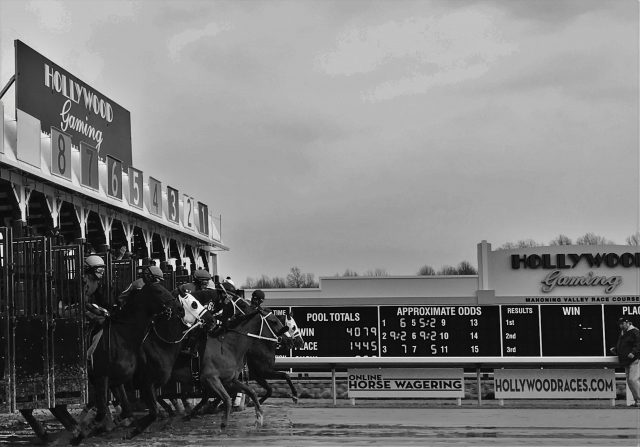 “Don’t let one bad experience or occurrence ruin your outlook on the entire breed. These horses make incredible partners no matter what discipline or how leisurely you ride.” 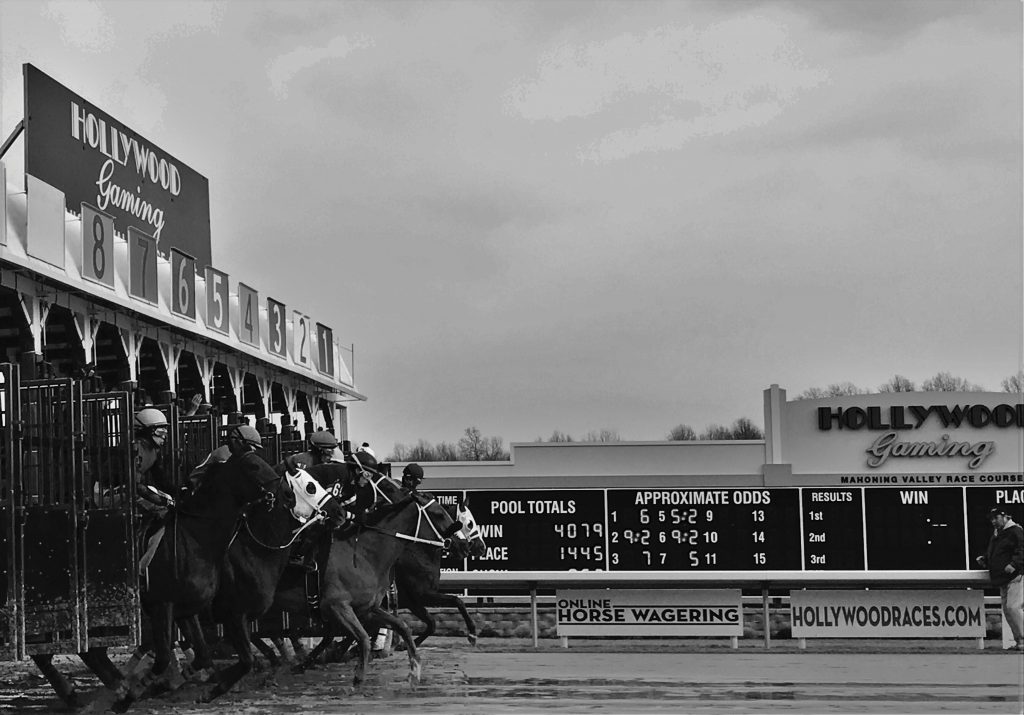 Thoroughbreds make wonderful partners in the show ring, on trail and for riders of all ages of all riding levels. These horses get a bad reputation from those who have formed an opinion based on preconceived notions or minimal experience with the breed. So let’s break that down. Here are seven myths that I have seen debunked in the horses with which I have worked:

1. Thoroughbreds Are Difficult to Handle

Watching these horses from the TV screen as they’re about to race at the Kentucky Derby, Preakness, Belmont Stakes or any other big race is enough to give anyone the impression that they’re difficult to handle. On race day these horses are excited to run and their energy is apparent. It’s easy to notice them prancing and hopping around in the paddock pre-race, but unless you’re physically at the races you never get the opportunity to observe them post race. This gives the false impression that they are difficult to handle.

Contrary to popular opinion, I have found Thoroughbreds retiring from the track easy to handle. This is due to the amount of people handling them and the extensive care they get while on the track. Most people are uneducated on a racehorse’s daily routine. They get exercised, bathed and have their legs polticed and wrapped almost every day. They’re walked out to dry and their manes are frequently clipped. In one day multiple people are in contact with each racehorse. They get passed to different grooms, jockeys and trainers giving them a significant amount of handling training.

Here, American Lioness shows how difficult she is to handle … being led by a bicycle:

2. OTTBs Can’t Perform at as High of a Level as Other Breeds

This myth baffles me. Off-track Thoroughbreds have great work ethic and are quick to pick up new cues. They are built in all shapes and sizes — just like any other breed — and are performing at the highest levels in a variety of disciplines. This breed can get low, turn quick and jump high. Whatever discipline you may participate in, an off-track Thoroughbred is highly capable of getting the job done.

In the 2019 Land Rover Kentucky Three-Day Event there were multiple off-track Thoroughbreds competing from around the globe. They were bred in Ireland, France, New Zealand, Australia, and the United States. Some of the Thoroughbreds seen at this event were Constock, IA, Glenfly, Tight Lines, Paddy the Caddy, Indy 500, Chivas Royale, Willingapark Clifford, Unmarked Bills and Bogue Sound, to name a few.

Paddy the Caddy and Erin Sylvester:

Off-track Thoroughbreds are not any more spooky than other breeds. In fact, most are desensitized to more than the average horse. On the track they deal with starting gates, heavy machinery, loud music and crowds, camera flashes, other animals and so much more. Because of their exposure, off-track Thoroughbreds can transition easily into disciplines such as western ranch riding, extreme cowboy races and mounted shooting, among others.

4. Thoroughbreds Are Not for Children or Beginners

Just like any other breed, some horse’s personalities are more laid back and forgiving than others, making them the perfect candidate for a child or beginner. A large amount of Thoroughbreds retire early from the track because they don’t have the drive to race. They’d rather plug along and go at their own pace. These racetrack rejects, for lack of a better term, seem to be the amateur friendly superstars.

A four-year-old learning to ride atop an off-track Thoroughbred:

That’s equivalent to saying reiners don’t care about their horses or eventers don’t care about their horses. No matter which discipline you observe, most owners put the horse’s best interests first. Off-track Thoroughbreds are often referred to as rescues merely because they were on the track, and this should not be the case. Many off- track Thoroughbreds are loved by their breeders, owners, trainers, jockeys and grooms. Just like every other discipline, the team associated with each horse has invested time and care into the horse and most want to see it so well on the track and long after it’s retired. 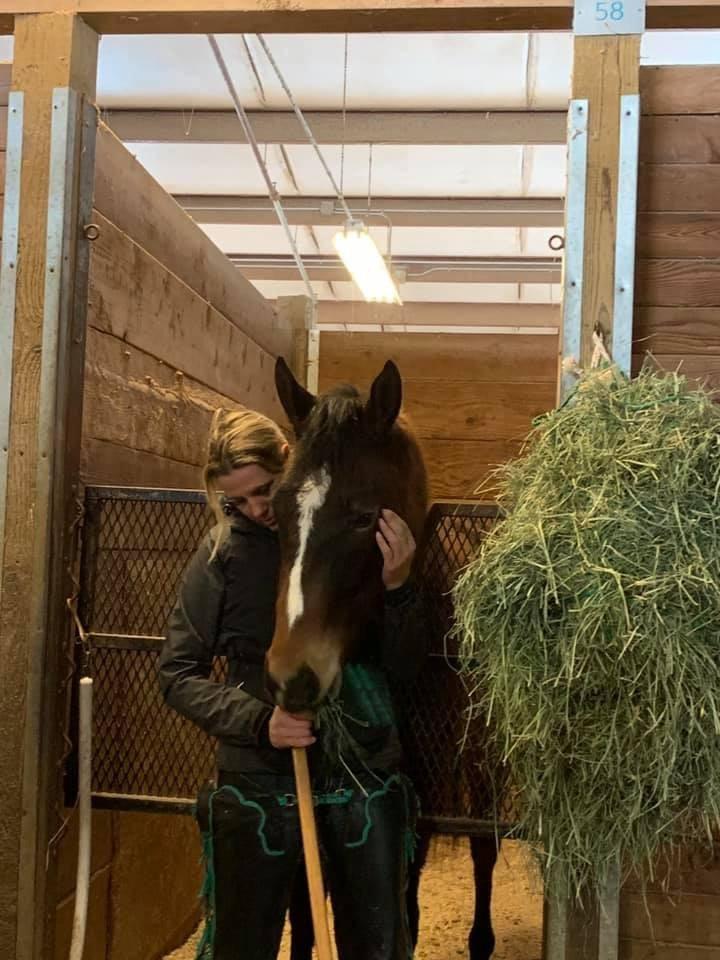 Thoroughbreds are loved by all that directly care for them. Photo by Roddina Barrett. 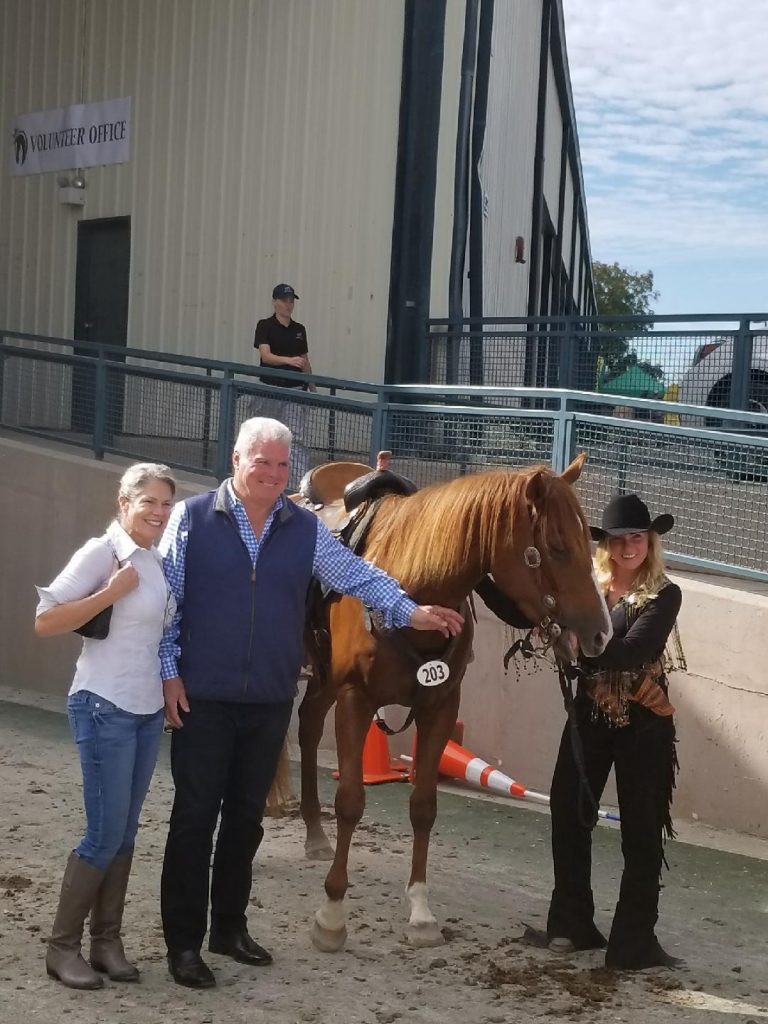 Race Connections even come to watch their retired racehorse compete in his second career! Photo submitted by Marcella Gruchalak.

6. All Off-Track Thoroughbreds Are Hard Keepers

All off-track Thoroughbreds are not hard keepers. In fact, many track trainers have stated that once they’re done racing a horse, they will put them out into a large grassy pasture and within six to eight months, after transitioning and down time, their metabolisms will adjust to the change in diet, exercise and schedule. Many people say that a no grain, high quality hay and alfalfa diet works well for Thoroughbreds off the track. Some also say that their off-track Thoroughbreds eat just as much — or little — as the Quarter Horses in the barn. 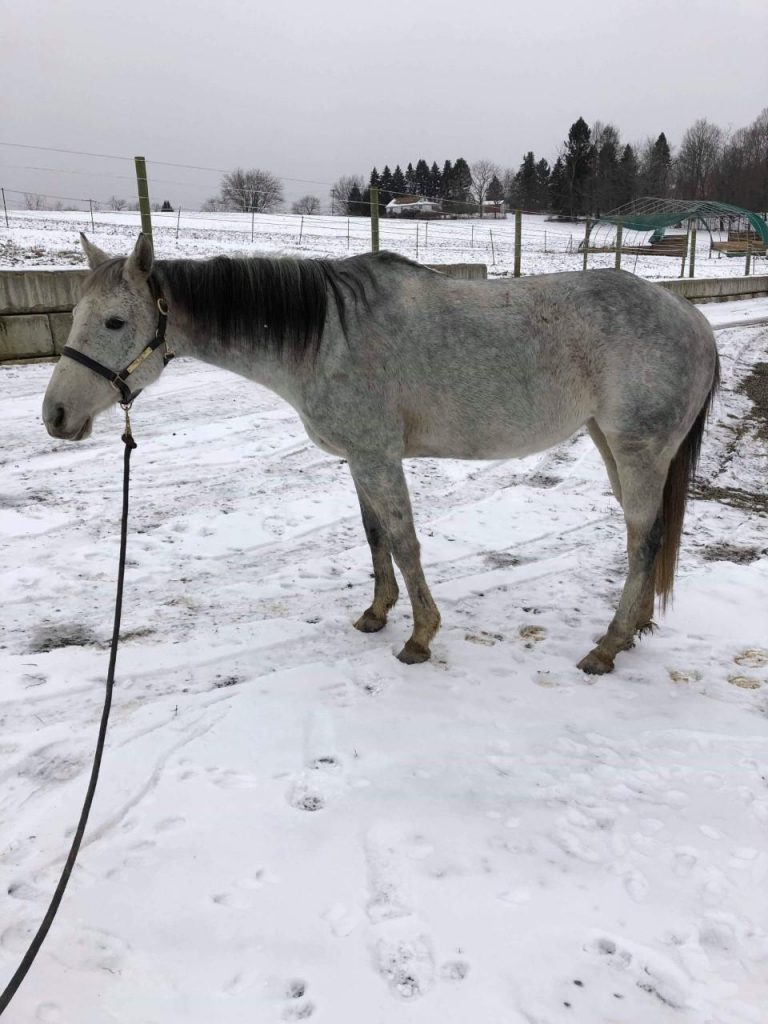 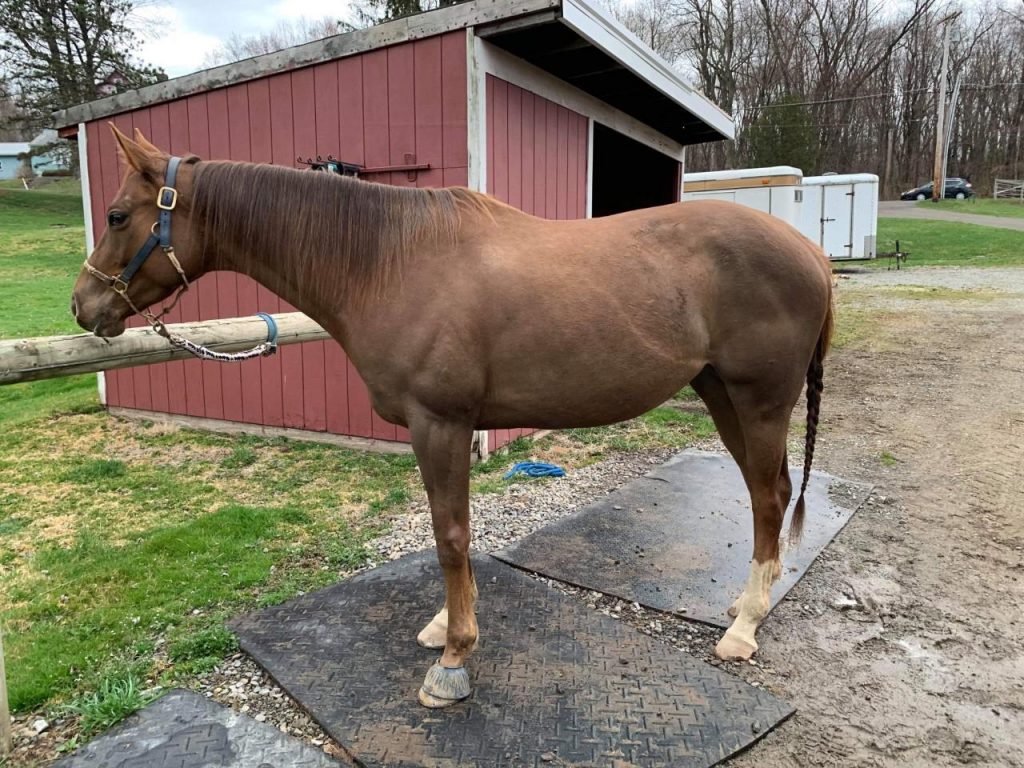 7. All Off-Track Thoroughbreds Have Soundness Issues

Off-track Thoroughbreds have a stigma of being unsound or being raced until their bodies are no longer usable. While some may slip, trip and fall during their careers, many are retire sound with no riding restrictions. Numerous track connections make informed decisions based if it’s in the best interest of the horse for him to race, allowing to horse stay sound and in optimal physical shape.

Some off-track Thoroughbreds are sound enough to complete 50 mile+ endurance rides and still be ridden again the next day — just like any other breed!

We understand that not all Thoroughbreds have these great traits or get the care that is in their best interest, but for many of them the outcome is a positive one. It’s hard to see the good in these horses and industry when everyone wants to talk about the negatives (since, unfortunately, that is what gets the most views). Yes, some are anxious, hard keepers who came from owners who only cared about the money, but you’ll have those horses within any breed you view. Don’t let one bad experience or occurrence ruin your outlook on the entire breed. These horses make incredible partners no matter what discipline or how leisurely you ride.

So, let’s discuss — what are your experiences with off-track Thoroughbreds? Let us know in the comment section.