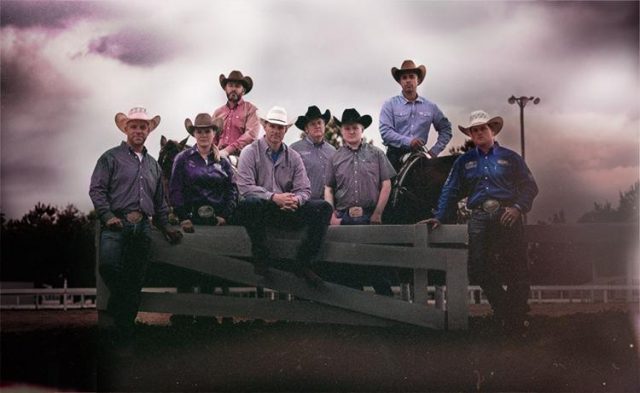 Eight Reining competitors, all of whom have a reputation to maintain or build, vie for the the championship at the Run for a Million in “The Last Cowboy.” Meet the competitors here. 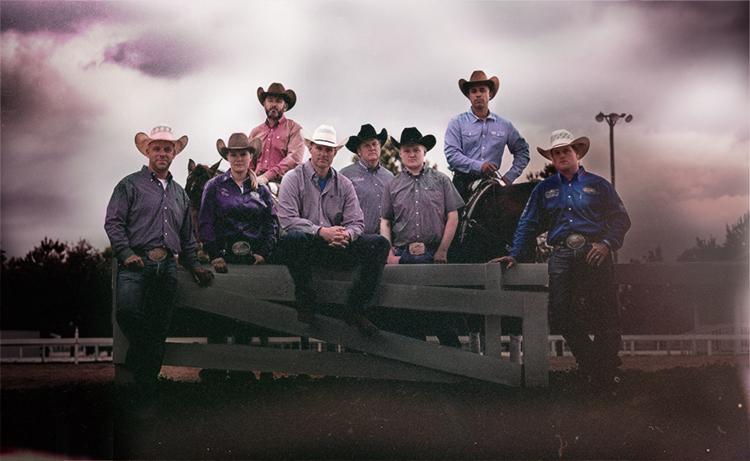 Photo courtesy of the Paramount Network.

“The Last Cowboy,” the Paramount Network’s unscripted series that features eight Reining competitors as they battle for the championship purse at the Run for a Million, officially premiered on July 24 (you can watch the first episode for free here).

For those of you who are unfamiliar with the discipline, Reining is a judged event that aims to show the athletic ability of a ranch type horse in an arena. In National Reining Horse Association (NRHA) Competition, contestants are required to run a pre-selected, approved pattern. Each pattern includes a series of small slow circles, large fast circles, flying lead changes, roll backs, 360-degree spins and sliding stops. 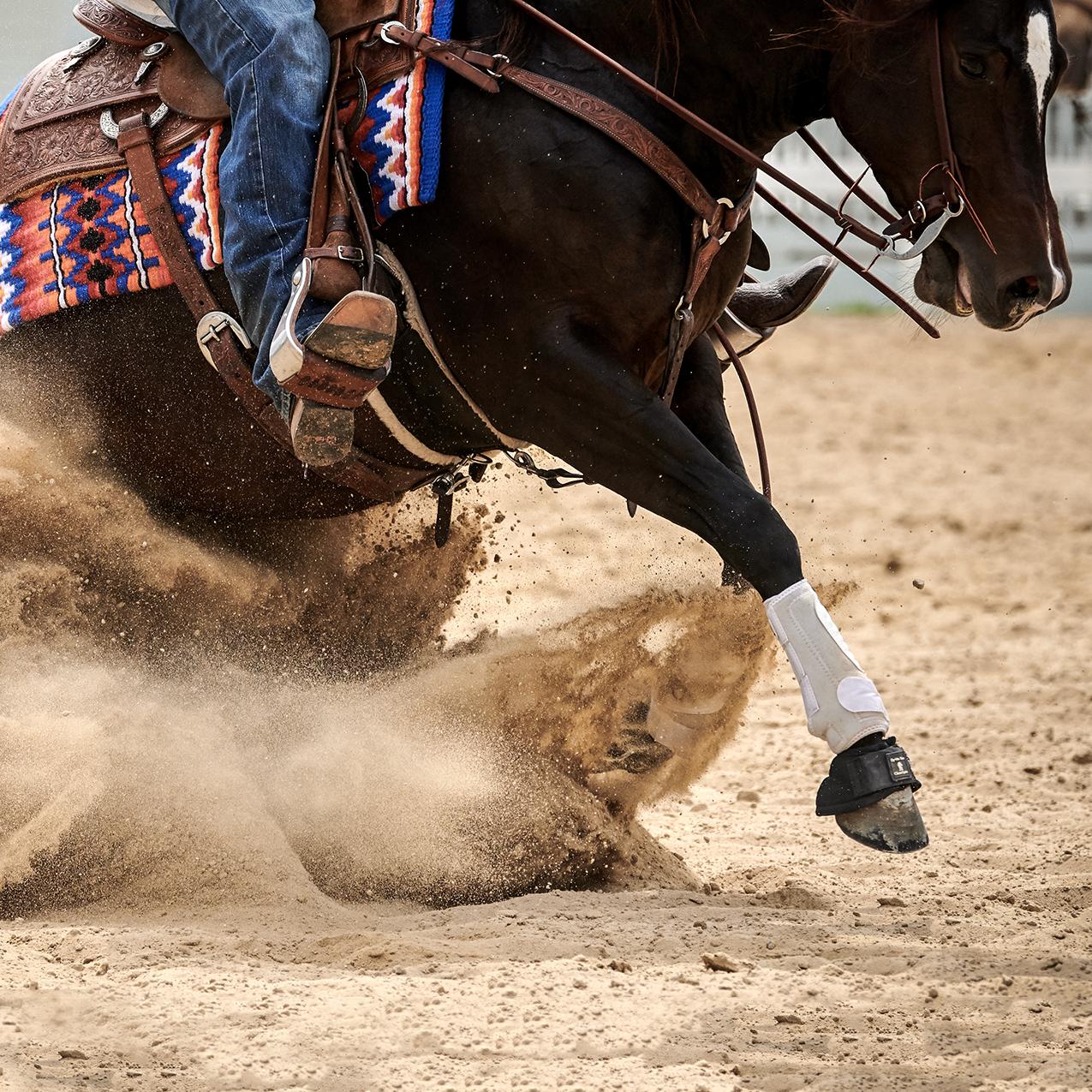 Photo courtesy of the Paramount Network.

“The Last Cowboy” features eight of the 12 horsemen and horsewomen competing for the championship purse.

In alphabetical order, here are the eight competitors being featured in the Paramount Network’s series:

Casey Deary (Weatherford, TX) – A Texas native, Deary won the coveted National Reining Horse Association (NRHA) Futurity in 2012 and 2015. He’s made the finals in countless major reining events and is the 2017 NHRA Derby Champion. This will be Deary’s first season without his protégé, Abby Lengel, an up and coming female rider. He has NRHA lifetime earnings of more than $1.7 million. 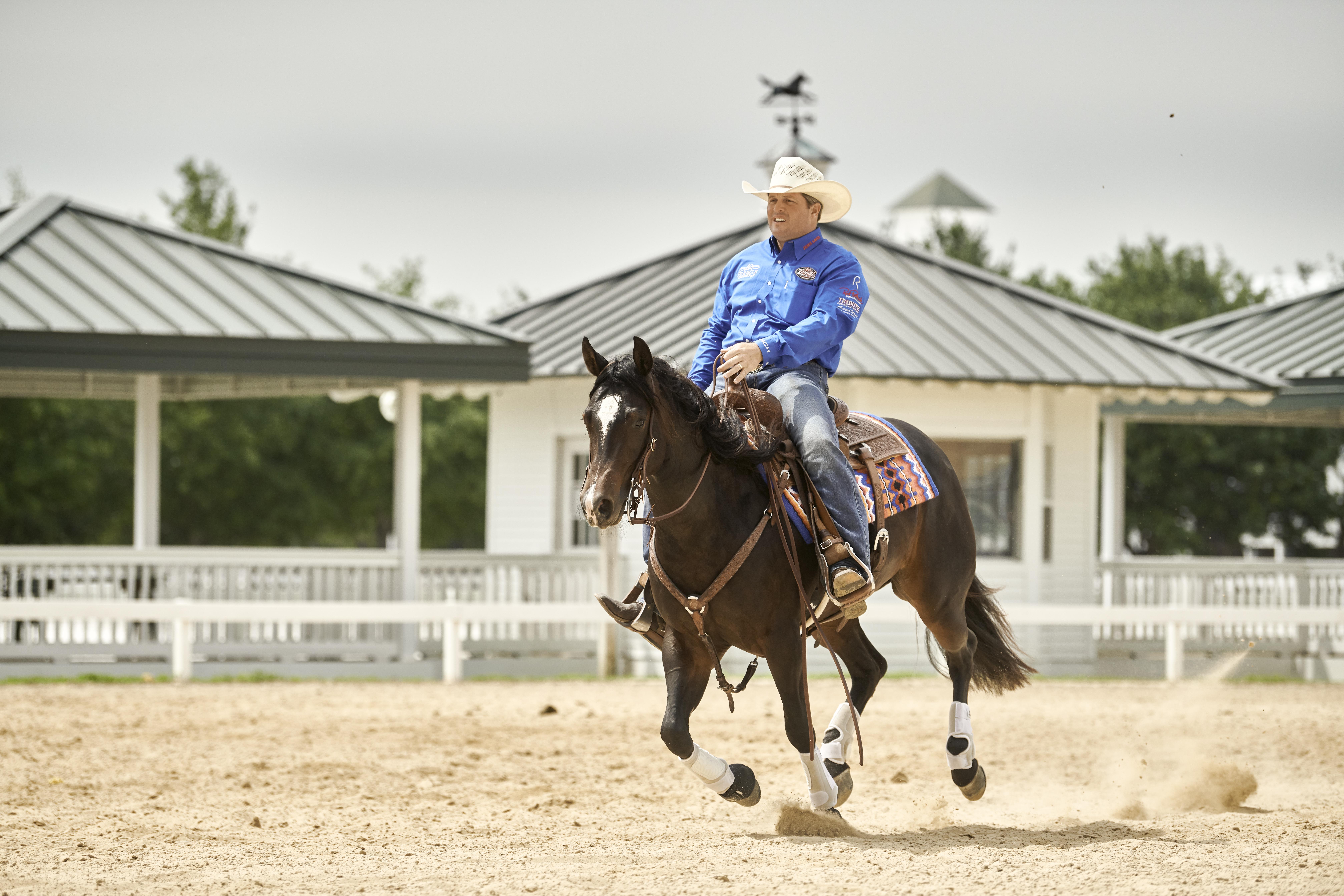 Andrea Fappani (Scottsdale, AZ) – Born and raised in Italy, Fappani followed his dream of becoming one of the all-time leading trainers of reining. For him, competition is a family affair – his wife Tish is also a champion reiner and his 14-year-old son Luca has recently taken up the sport. Fappani is the #2 all-time NRHA rider in career winnings with approximately $5.5 million.

Abby Lengel (Gainesville, TX) – Lengel has recently branched out on her own professionally after spending five years as an assistant on the ranch of fellow rider (now competitor) Casey Deary.  The Eastern Colorado native runs her own business on a ranch staffed entirely by women. She was named NRHA’s Professional Horsewoman of the Year in 2018. 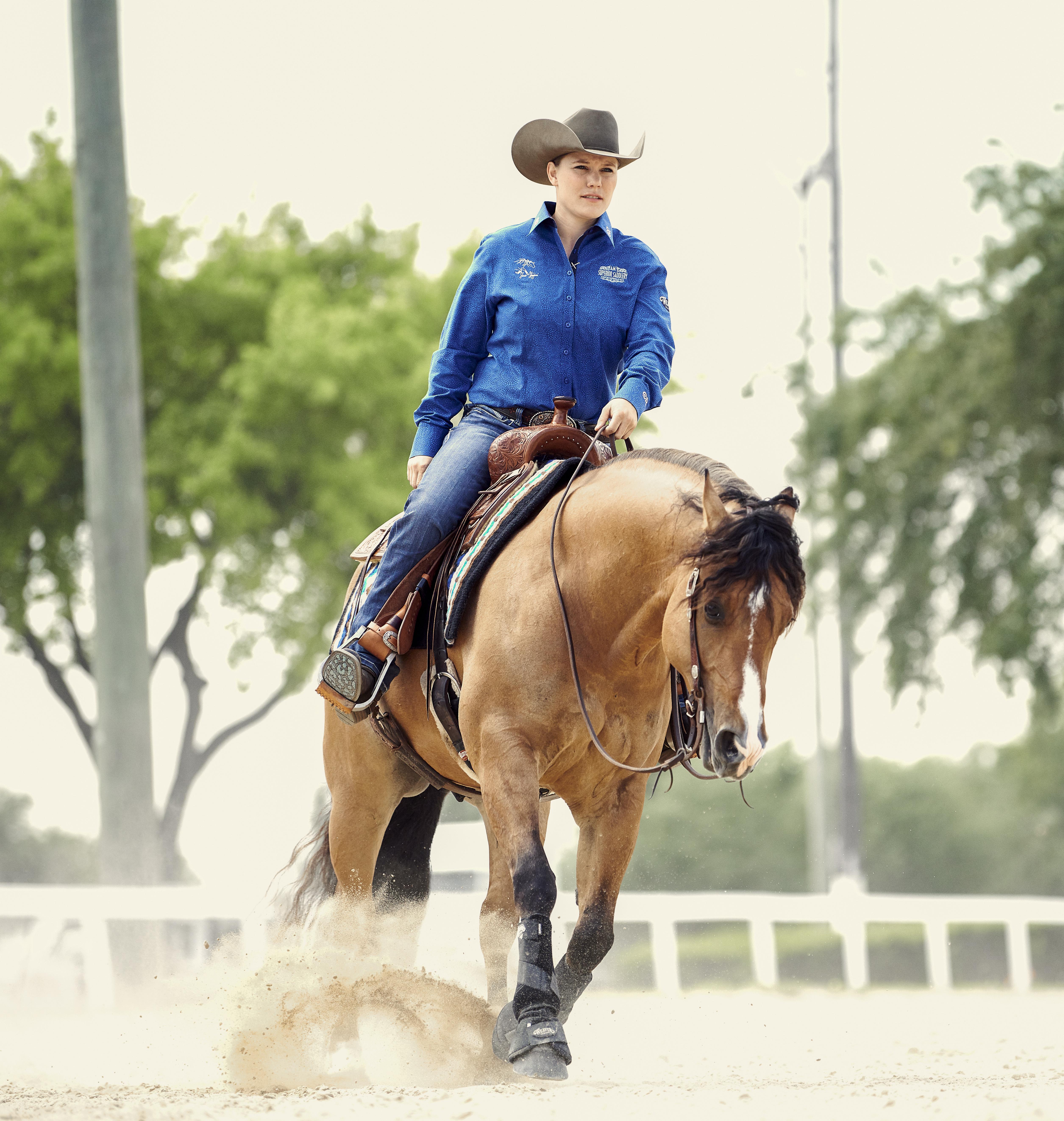 Cade McCutcheon (Aubrey, TX) –  Cade is the youngest rider ever to be named on Team USA for the World Equestrian Games. The son of million-dollar riders Tom and Mandy McCutcheon, Cade is following closely in their footsteps, launching his professional training business just out of high school. 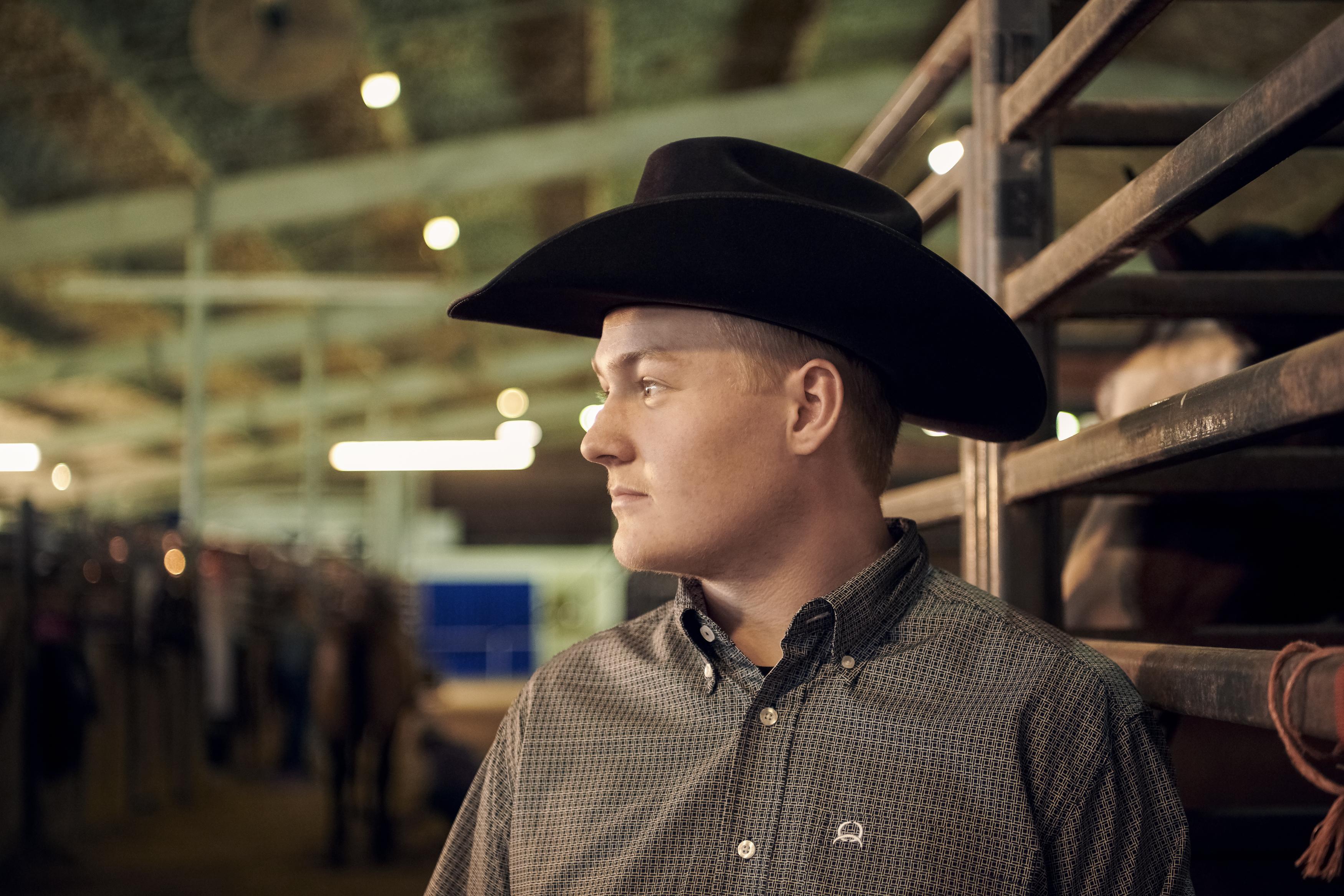 Tom McCutcheon (Aubrey, TX) – McCutcheon is a million-dollar rider and gold medalist from the World Equestrian Games, with NRHA lifetime earnings of $1.8 million.  His father-in-law is Tim McQuay, a reining legend and a NRHA Hall of Famer. He is also the father of 18-year-old Cade McCutcheon who recently turned pro. 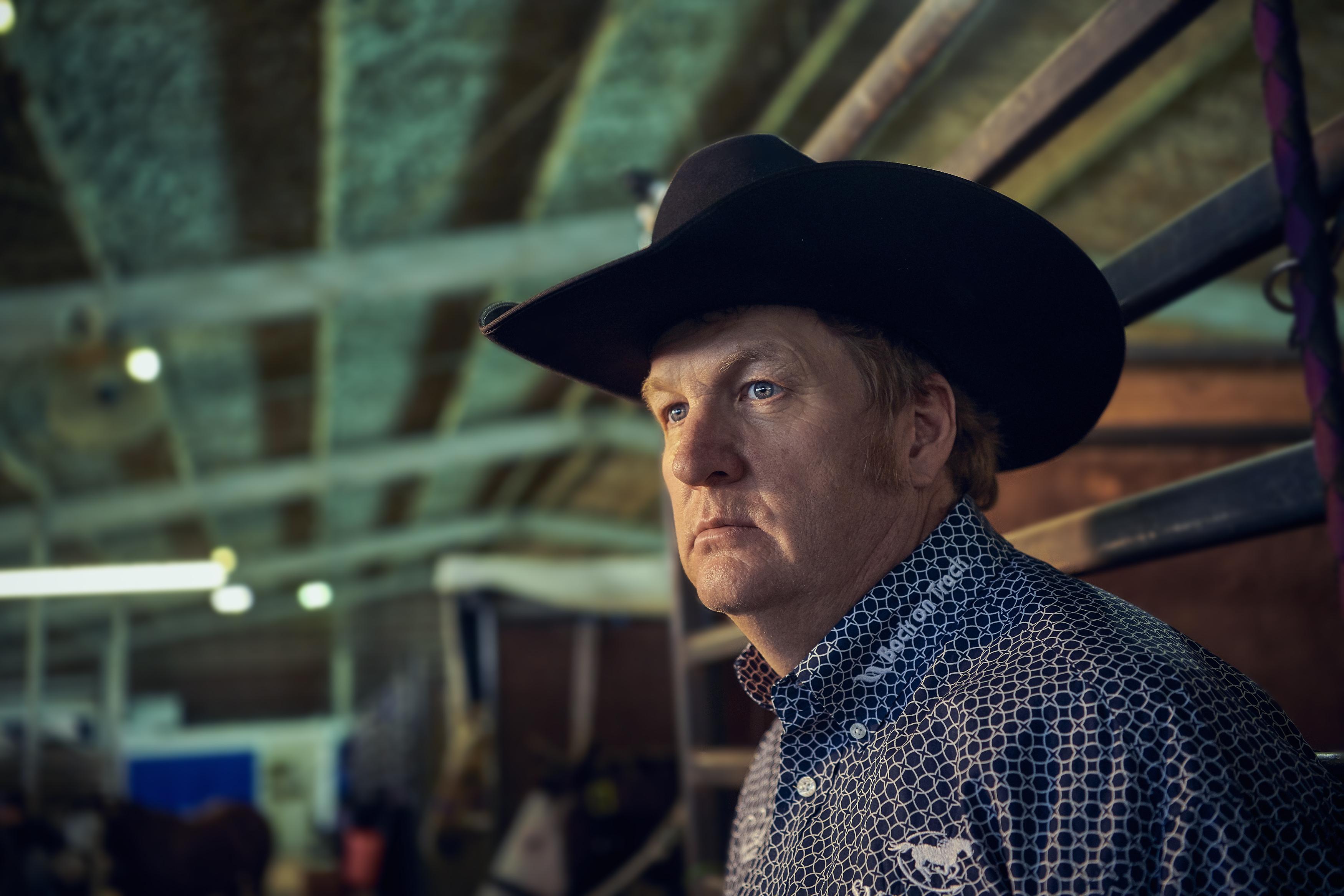 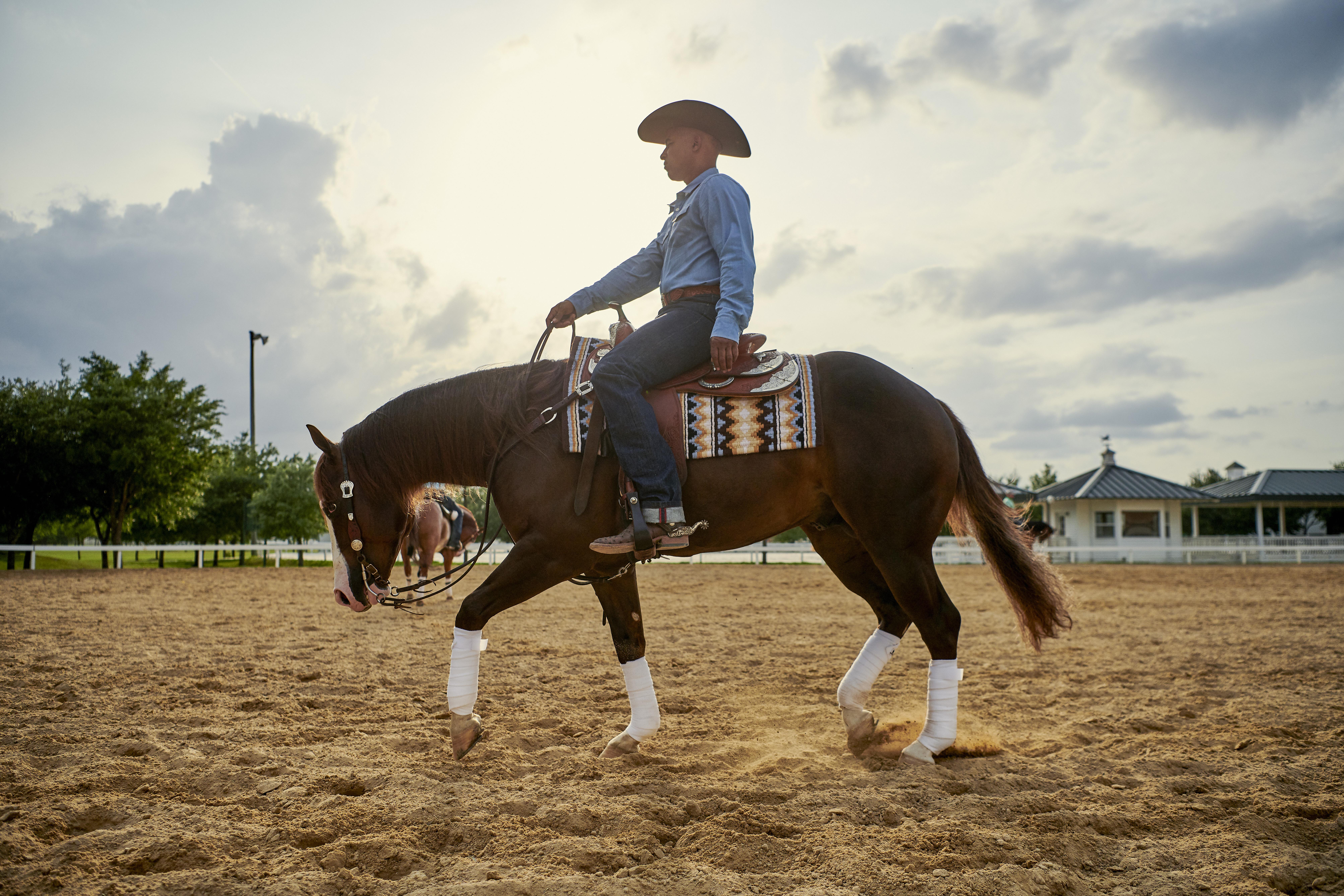 Craig Schmersal (Scottsdale, AZ) – Schmersal is ranked #3 professionally, with more than $4 million in lifetime earnings.  In 2017, he won the “NRHA Level 4 Open Futurity” and has won the “National Reining Breeders Level 4 Open Derby Classic.”  He was a member of the US Team at the World Equestrian Games in Kentucky, winning Team Gold and Individual Silver medals.  He is also a gold medal winner in the World Reining Masters. 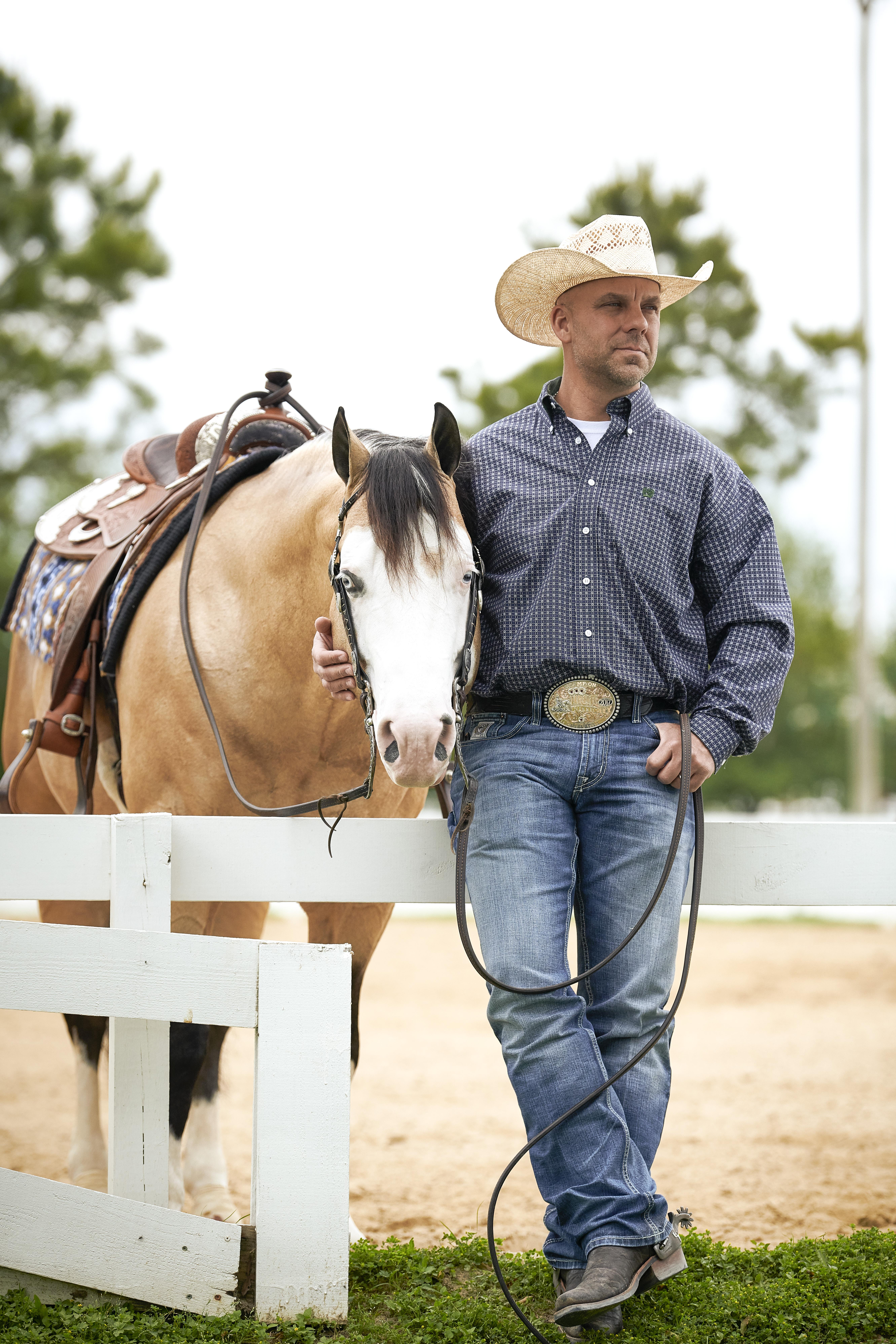 Jason Vanlandingham (Whitesboro, TX) – Vanlandingham began training professionally in the summer of 1998. He has accumulated many NRHA Futurity and Derby Championships and has lifetime earnings of more than $1.7 million. 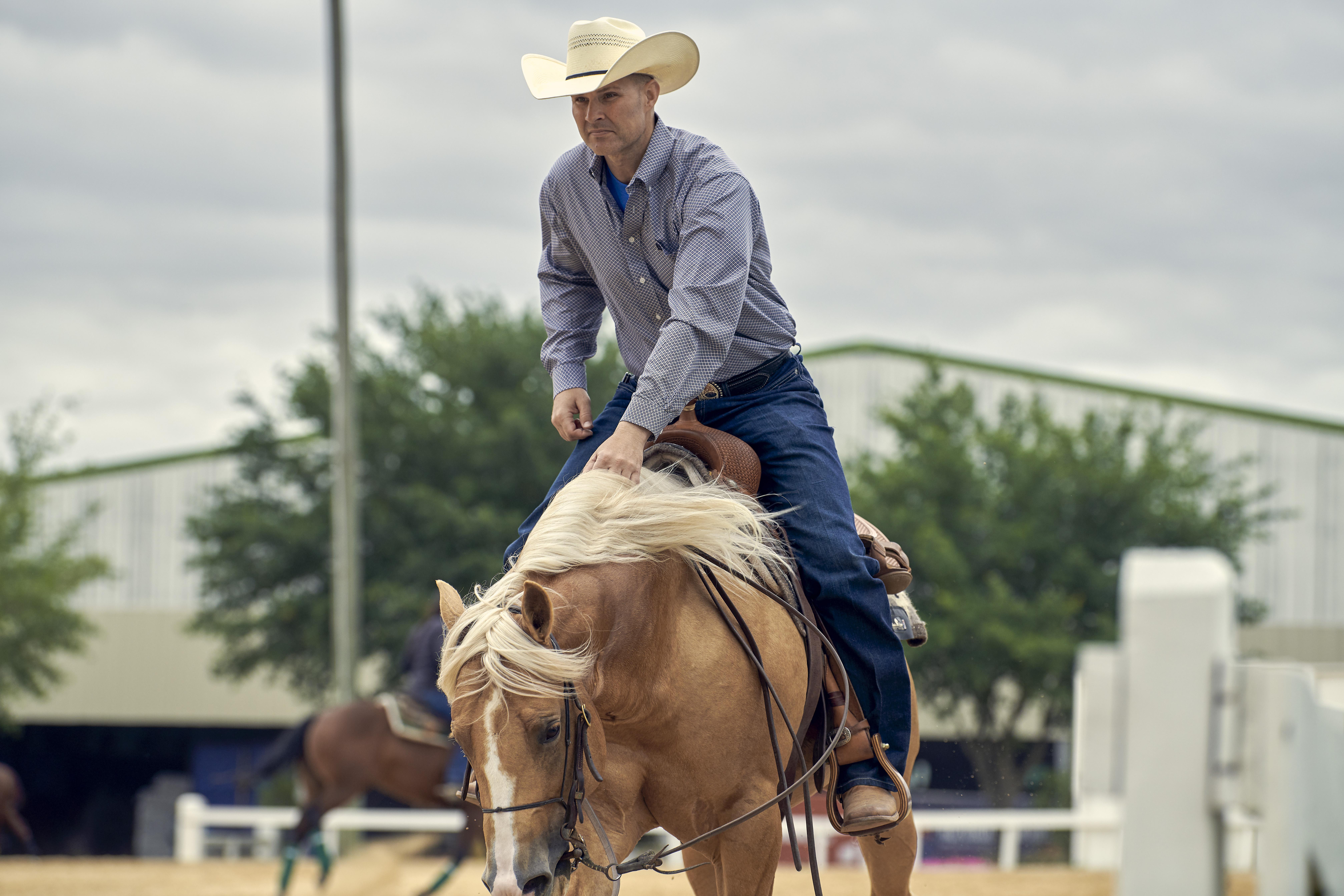