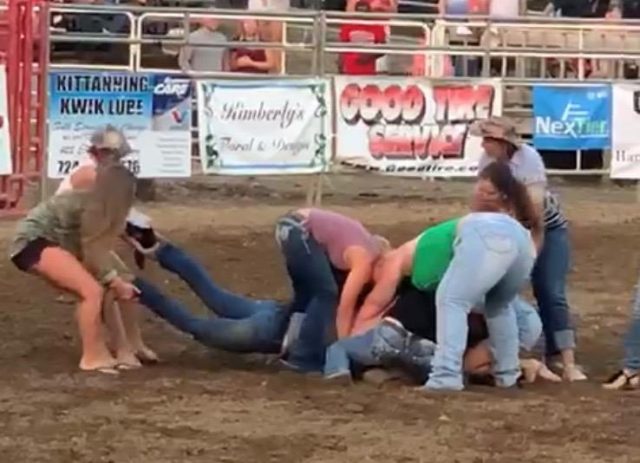 Someone bit me, my hair was pulled, I took a ride on another female while they dragged her by her feet and I have nothing to show for it. 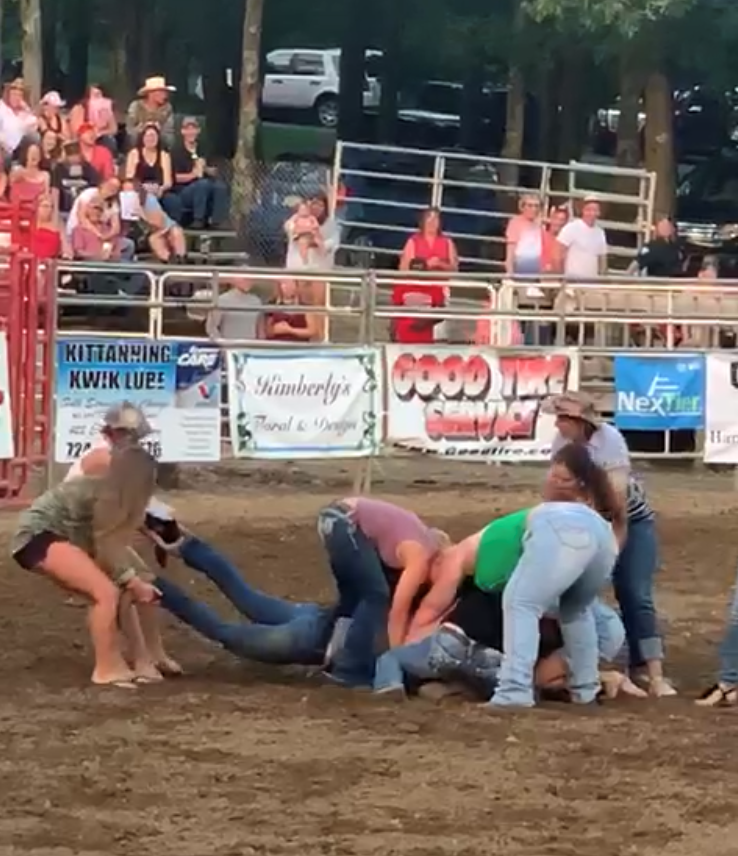 Rodeos are extremely fun events for the whole family to attend. The smells of popcorn and fried foods fill the air — any carnival food you could possibly want is available. There are multiple events such as barrel racing, steer wrestling, calf roping, bronc riding and bull riding to provide a full evening of fun. And then there are the clowns and the interactive portion of the show. The interactive portion of the show is fun, light and humorous… until you’ve been chosen out of the crowd to participate in an unknown game.

We get to a point in the rodeo show where the clown states, “I need 10 female volunteers who are over the age of 21.” My ears perk up and I think, “This HAS to deal with drinking. I’m all in,” so I raise my hand. A couple of my enthusiastic and fun friends decide to aid me in being chosen by pointing at me and jumping up and down.

I get chosen, along with 11 other girls (no surprise that the clown made a mistake counting) and start to wonder what I got myself into. Naive, I’m still under the impression that I’ll be doing something that involves alcohol.

And then we get the description of the game. The clown tells us on the count of three we have to run down to the end of the arena, attempt to get a lonely water bottle and the first one back to him with it gets the prize in his back pocket.

I hear this and I am not thrilled. I’m not sure if it was the game description or the chatty bantering that made me immediately regret my decision to volunteer. These ladies were in it to win it and were ready to go to great lengths to accomplish the task.

1…2…3…And we’re off. I’m running full speed towards this tiny water bottle at the other end of the arena. I’m pulling ahead of the other ladies and I’m just about at the bottle when I trip and stumble in the arena footing and another contestant dives onto the water bottle. 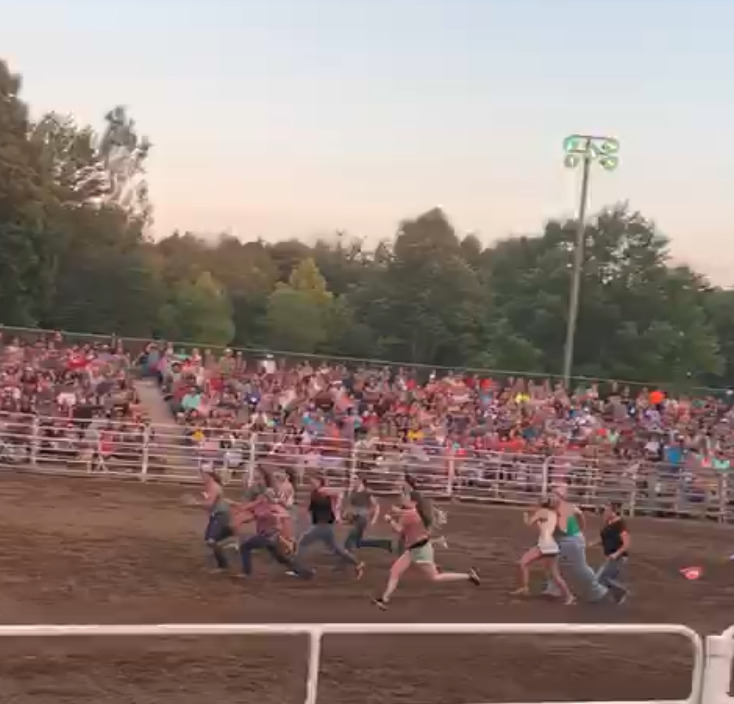 At this point, the competition gets physical. The remaining 11 of us dive onto the individual as if we’re in a football game trying to recover a fumble. It doesn’t stop with the pile up; all 12 of us turn into savages.

There we are, in the arena, like animals fighting in a cage. Some of the females (I can’t even refer to us as ladies anymore because we were far from ladylike) were hair pulling trying to get to the bottom of the pit.

I was one of the lucky contestants to have my hair pulled, but I was in a good position to grab the water bottle so I held on tight. I was straddling the female with the water bottle with my arms around her and my hands pulling on the top of the bottle.

With all the strength I had, I was pulling and I thought I was going to be successful. Then some of the other contestants started dragging the female with the water bottle. They were dragging her limbs in all directions and finally someone lifted her off the ground by her legs and I flew off.

At that moment, giving up was not an option. As they were lifting her off the ground, I got up and I jumped on her and took her back to the ground, ripping her out of the hands of everyone that was pulling her.

This game was going too far. I looked over and realized my bracelet came off and was tangled in someone’s hair. I see my friend grab onto it and tear it out of long, curly, beautiful hair.

Finally, after being bitten, having my hair pulled, riding on a flying human and losing my bracelet in someone’s hair, the clown breaks us up and asks for the winner.

The lucky winner picks herself up from the ground and hands the water bottle to the clown as we’re all panting like dogs and the crowd is roaring in laughter. The clown reaches into his pocket and pulls out the prize…

A blank piece of paper. Just kidding. But he did pull a piece of paper from his pocket. On it was a gift certificate for a new pair of boots! The now disheveled looking female who clutched the water bottle all the way to victory won a new pair of boots while the rest of us returned to our seats looking a hot mess with nothing to show for it. And the worst part of it all? While it felt like 20 minutes, it only lasted two minutes.