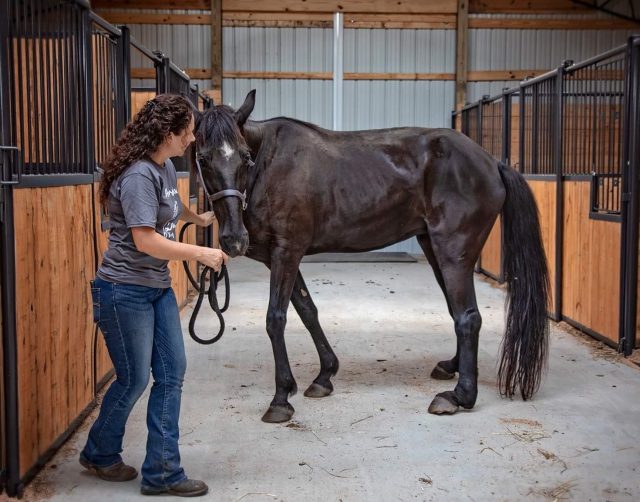 In the first article of her series, Candace Wade offers a heart-wrenching look at the aftermath of the Big Lick industry on the horses it affects.

We joined Theo, an ex-Big Lick TN Walker show horse, on his complex journey from rescue through rehab in “Saving Theo.” Now, meet Molly, another ex-Big Lick. I laid hands and eyes on her. She snuffled my face. Molly moved me to share her story. 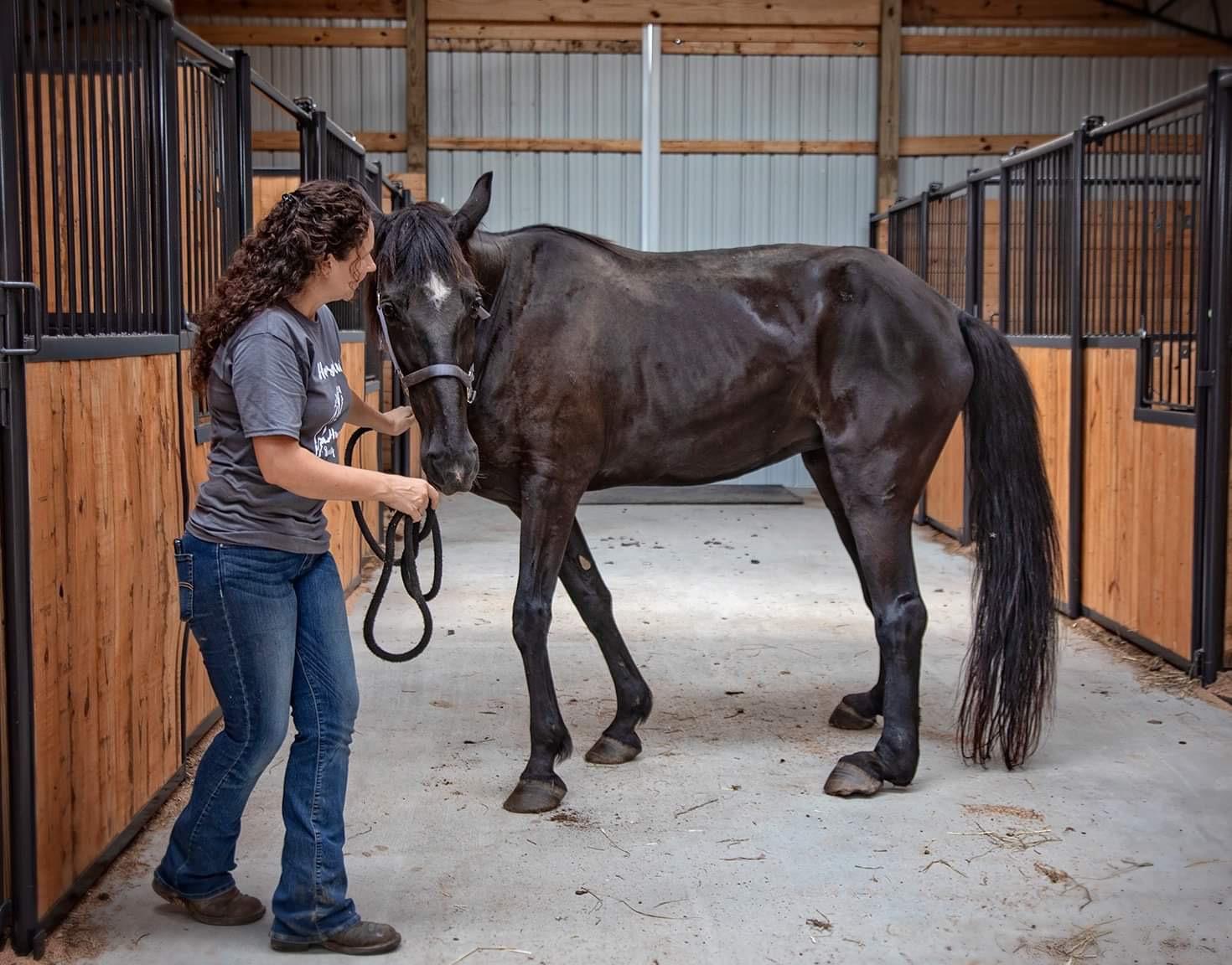 I had attended “in-take” day at an equine rescue in Middle Tennessee that specializes in Tennessee Walking Horses (TWH). They rescue other breeds, but “80% of the equines they take in are TWH.” Horses are purchased from auction (and likely slaughter) and brought to the rescue facility. That’s a story on its own that I will share another time. I interviewed the rescue owner and the Shelter Manager/Adoption Specialist/Trained Equine Health staff person (who works with a veterinarian).

I was interested in Molly, a sleek black horse dozing in a rehab barn. She was standing in a large stall with extra thick shavings. Molly responded to my voice by slipping her muzzle through the bars and puffing a breath with curiosity. The owner led the mare out so I could see and touch her. She pointed out Molly’s stiff walk, the arc of her rear legs, her swollen hocks.

Here’s what I learned about Molly from the Shelter Manager: 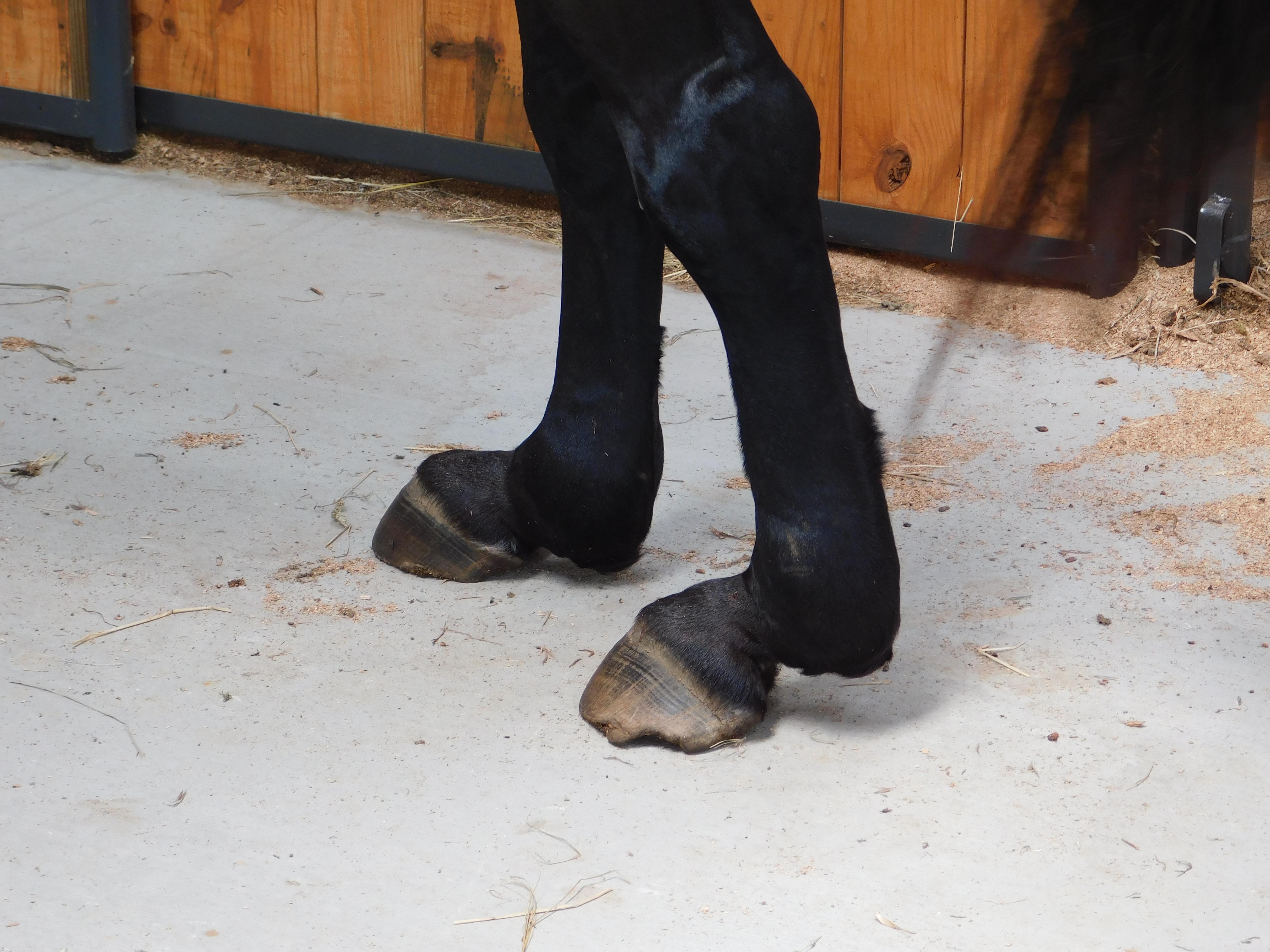 Unlike Theo, medical professionals assessed that no more could be done for Molly. The Shelter Manager offered, “The best thing we could do for her was to humanely put her to sleep so that she would no longer suffer. She had no quality of life any more. The daily pain meds were not easing her pain and long term use could lead to other health problems.” 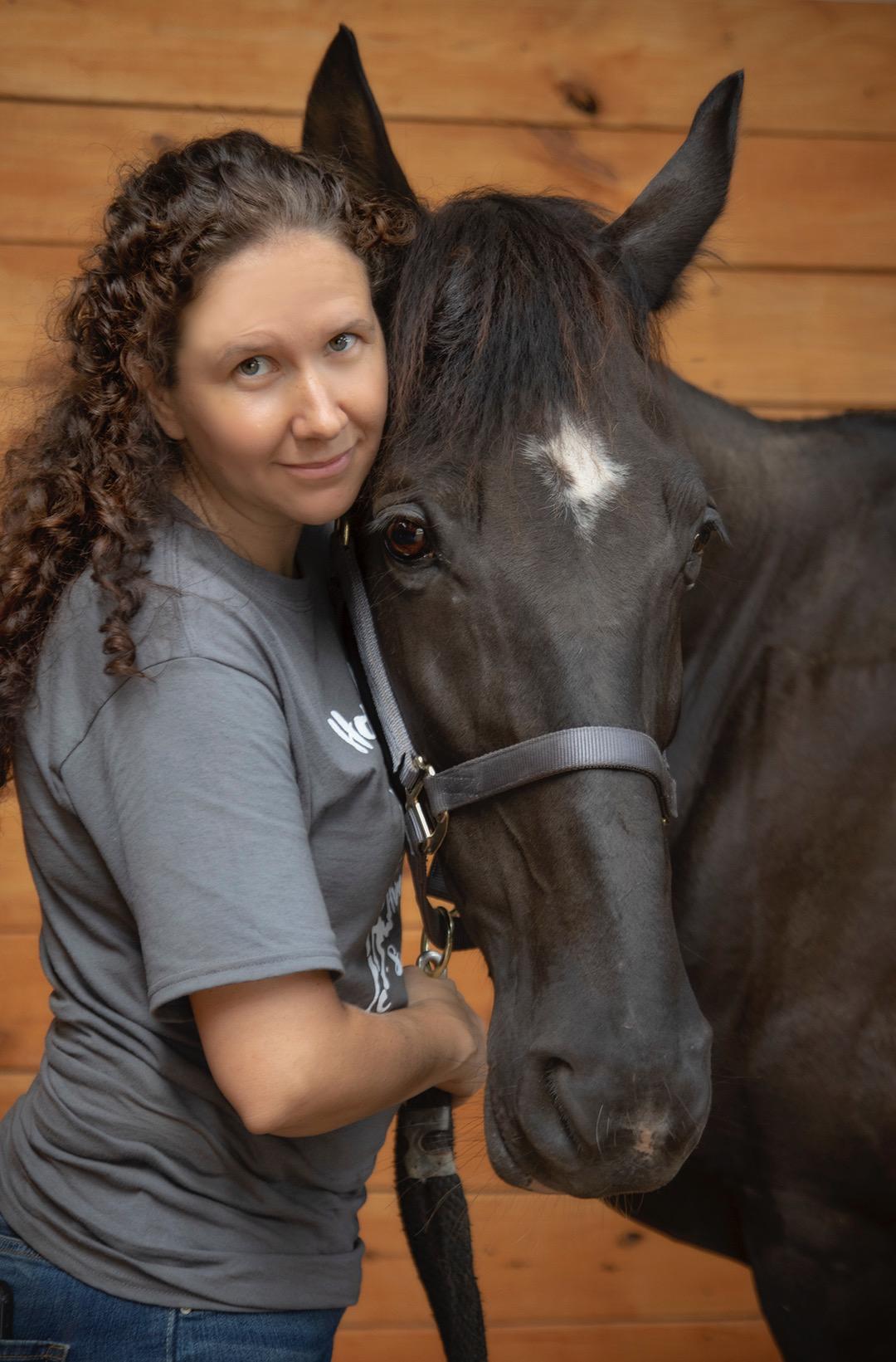