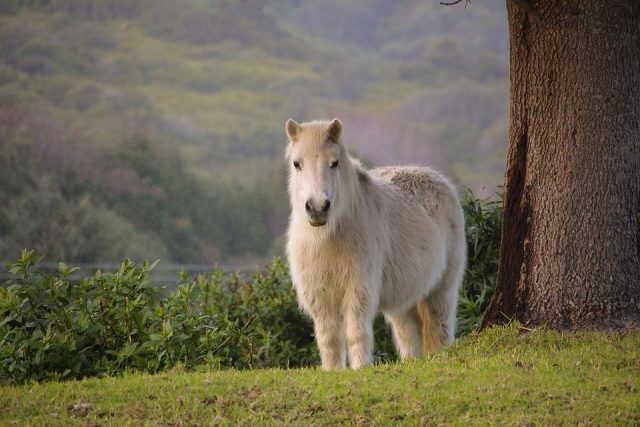 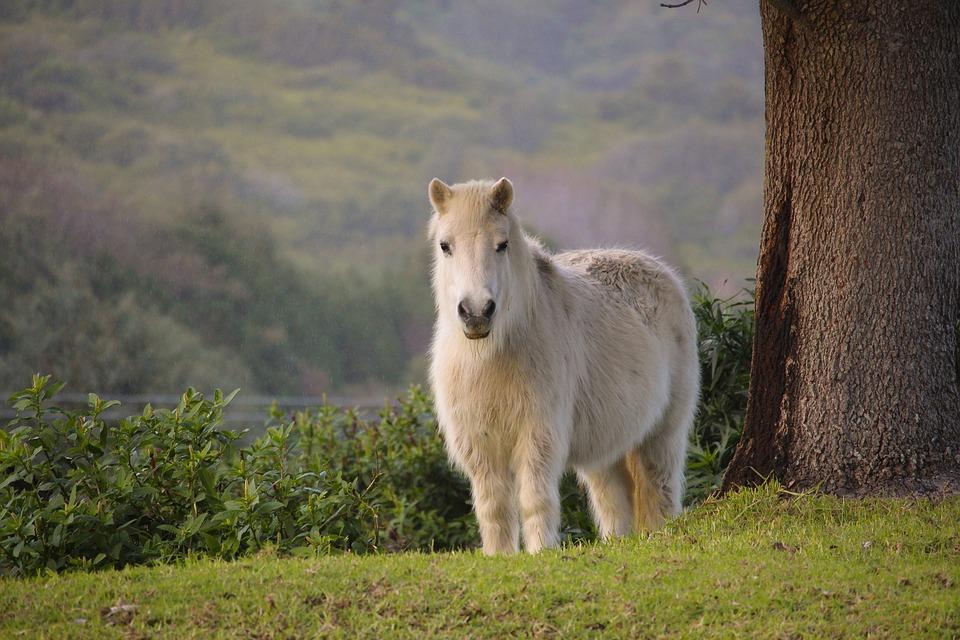 Horse Nation disclaimer: we love ponies. (Leslie Wylie even bought herself one, fulfilling a lifelong dream of having her own pony.) This piece is meant to be fun and tongue-in-cheek. Fun. Just let yourself have a little fun.

If you’re reading this AND considering buying that white fluff ball named Peppermint about the size of a large golden retriever with four little hooves that you saw on Craigslist for your sweet little Shirley, you probably already have more money than you do sense.

My parents were too poor to buy young Maria a pony for Christmas, so I had to settle with Breyer horses (and all that time, I just thought Santa hated me since he never got me a really pony).

Now looking back on it, the cost of all my Breyer horses together, I could actually have bought myself a really nice, registered horse. I guess my parents had more sense than they had money. “Who’s going to take care of Maria’s pony when she loses interest? We are… so let’s just get her some Breyer horses until she grows out of this phase.” Not only are my parents good looking, they’re also smart!

But I get it. Sometimes, the kid gets what the kid wants. But look, if you’re considering buying your kid a pony, here are all the reasons you should just buy them a horse.

1. Anything under 14.2hh is the devil, so say the memes. I saw that on the internet, so it’s a fact, I’m pretty sure. You don’t want your little, precious baby dabbling with Satanism, do you?!

If the pony is well tempered and doesn’t try to kill your kid, it’s probably (pick your choice): lame, sick, dying, blind and deaf and dying, requires expensive medication to keep it from dying, is a hard keeper that has a Clydesdale’s appetite, or has some weird skin condition that requires it to live in a bubble.

2. If your kid says she wants a pony but doesn’t display any symptoms of being a horse-obsessed kid that ends up turning into a horse-obsessed adult, it’s just a phase and she’ll outgrow it, so just buy her a horse so at least you can ride it.

Symptoms of being a horse-obsessed kid that will never outgrow this phase:

3. If you end up buying your kid a pony for Christmas and she does like it, she’ll eventually outgrow it, so you’ll have to then buy her a horse. She will have grown fond of said pony, so you’ll feel too guilty if you sell it, so now you’ll have two mouths to feed: the new horse and the old pony that is not being ridden. Save yourself tons of money and just buy Shirley a full-sized horse this Christmas.

4. Even though ponies are much smaller than the average horse, and their hooves are about a third as big, every farrier will charge you the same for trimming your pony as they do a full-sized horse. They might even charge you more, since the pony has short little legs making it hard to reach under there for your farrier. So if you’re paying for the cake, you should be able to eat it, too. Or in this case, ride the horse also.

5. Tack is nearly impossible to find for your pony. Every saddle that you find that fits Peppermint the pony won’t fit little Shirley and the saddles that do fit Shirley don’t fit Peppermint… unless Peppermint is a FULL-SIZED horse.

So parents, please consider this article and think long and hard about buying your kid a pony. Please consider a horse this Christmas, instead. I hear that your local killpen has exactly the horse your kid needs for her first horse… they even said it was “athletic.”