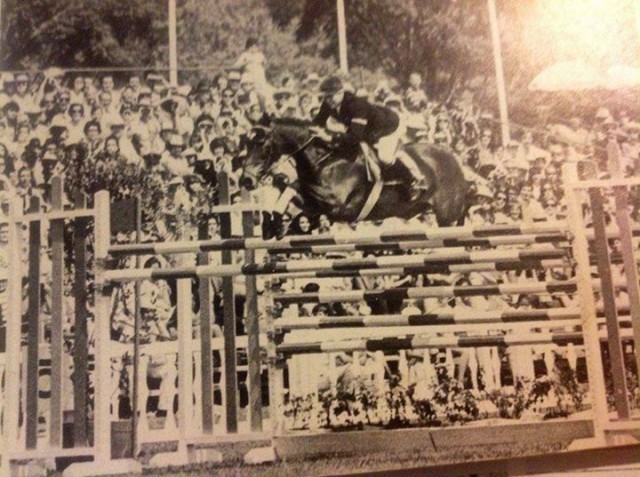 From Olympic medalists and national heroes to “ordinary” riders in extraordinary moments, we’re looking back at nine great stories of women and horses from the Horse Nation archives.

International Women’s Day is observed on March 8, a day to commemorate the women’s rights movement, renew the call to action for gender parity and honor the economic, cultural and political achievements of women. In honor of this day of commemoration, we’re sharing some of our favorite stories about women and horses.

“The acts she performed varied here and there throughout her life, incorporating the talents of different horses and animals as they came to her, but the performance incorporated extreme skill. A variation on high level dressage was the main event, what most people associate today with the Spanish Riding School in Austria: Levades, Courbettes, Croupades, and Caprioles. The horses would also perform the “Spanish Walk”, various dancing and bowing tricks, and her most famous trick of jumping rope on horseback. Since women could not be members of illustrious riding schools or cavalries, it is likely that in the 19th century, Therese’s life as a circus performer was the pinnacle of equestrian glory that a woman could achieve.” 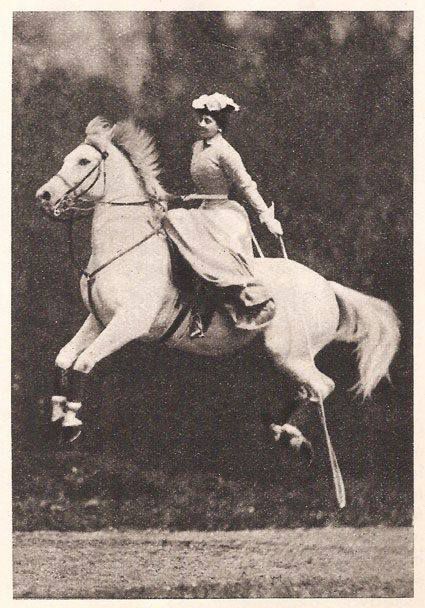 “‘It was incredible,’ Oakes told H&H. ‘I was so determined to do it. It’s been a long and rocky road.’

After breaking the record, did she pop the cork and raise a glass?

Nah. She changed horses to SIEC Oberon and sailed over a 6’5″ triple bar, breaking that world record too.” 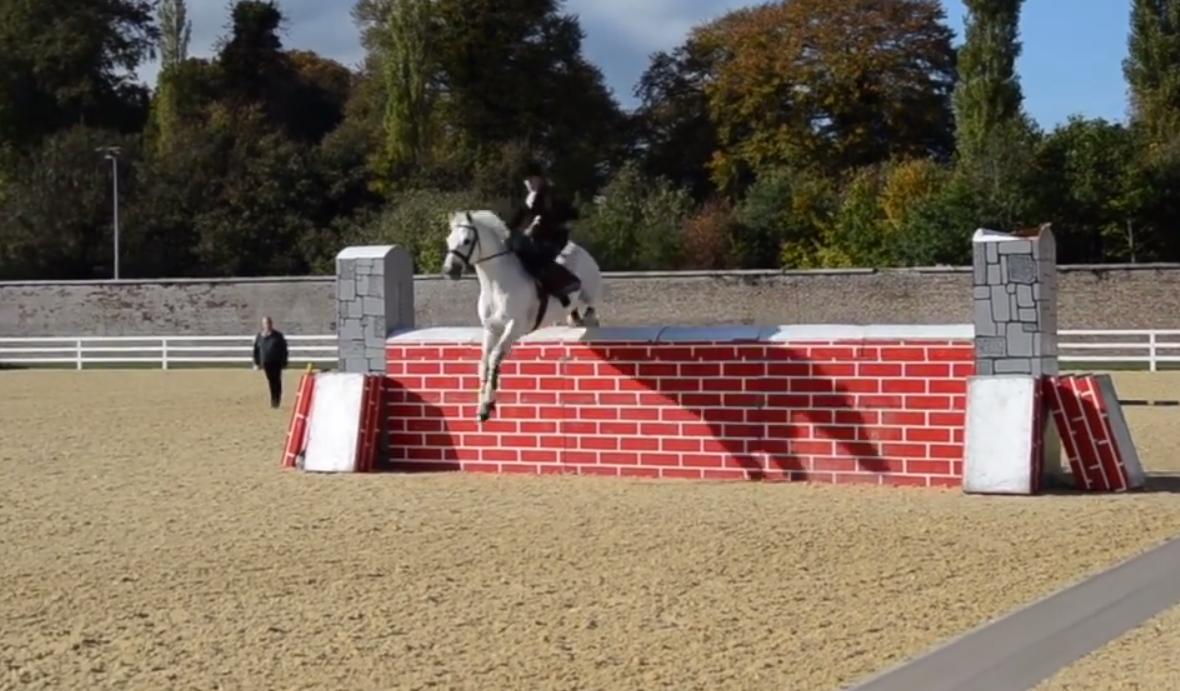 Laura Cheshire Is Our New Hero After Her Wild Bridleless Ride

“Laura’s terrifying ride continued all the way around the track for a second lap, with the pair thundering right by the steward who could only watch helplessly. The other horses were still exiting off the track, and fearing a big wreck should Exo attempt to bolt off the track, Laura impulsively asked the horse to turn via neck rein. 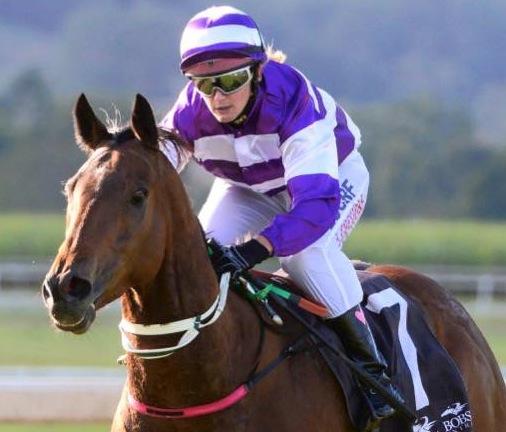 “While Lis Hartel was not able to mount and dismount Jubilee without the aid of her husband (she remained completely paralyzed from the knee down the rest of her life) she managed to clinch the Olympic silver medal, the first woman ever to do so and in the first year women were allowed. In one of sport’s finest hours, the gold medal winner, Henri Saint Cyr of Sweden, carried Lis from her horse to the Olympic podium, and it was said to be one of the most emotional moments in Olympic history.” 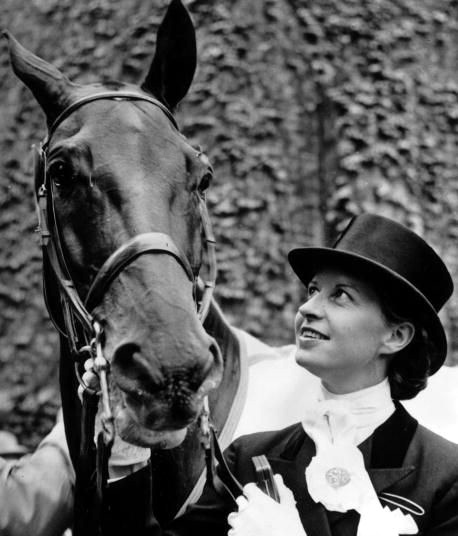 “’I honestly didn’t know how he was going handle life without his sight,’ Morgan admitted. ‘But I wanted to give him a chance. I knew that there was a limit where he might have to be to put down if he was unable to cope. Being affected with my own chronic illness, it was difficult to draw the line as to what is a full-quality life.’

Morgan suffers from lupus, and states that the illness has affected every aspect of her life, at one point rendering her into depression when she felt limited on what she could do. Endo, however, seemingly never missed a beat, adjusting within hours of the second surgery and moving around his stall as though he could still see. His ability to adjust to his new conditions encouraged Morgan to do the same, to set goals for her life, and to return to the things she loved.” 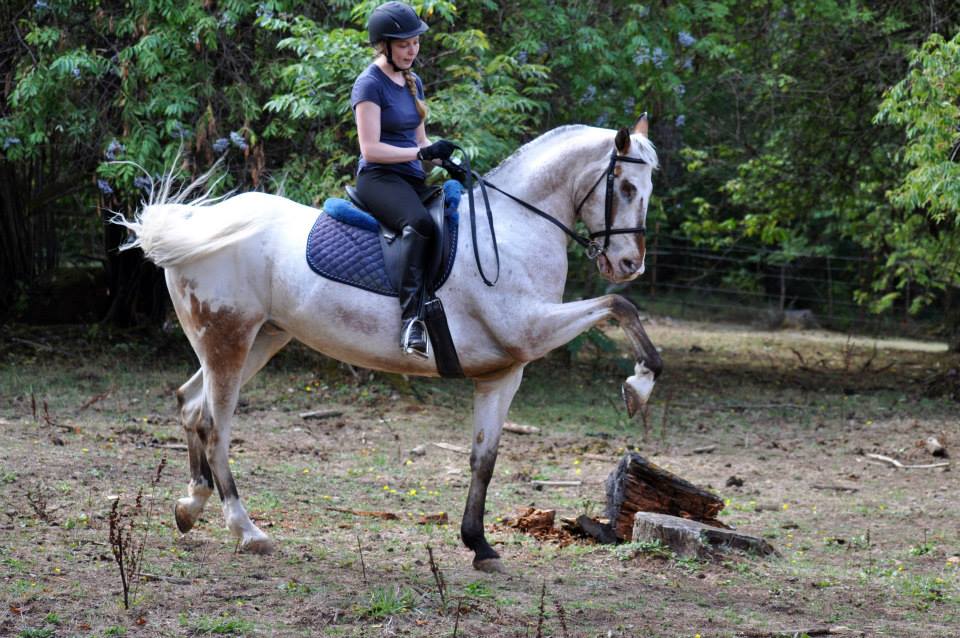 Golden Girls, Dressage & Why You’re Never Too Old To Chase a Dream (or Drink Champagne No Matter What!)

“During the past few years, I find the average age of my students has increased considerably. At last count, I have five serious and enthusiastic dressage riders over the age of 60. One day I endeared myself to them by remarking that they reminded me of the Golden Girls on the TV show that was popular in the ’80s. The nickname stuck!

Teaching the Golden Girls, although challenging in some respects, is very rewarding as this group of highly educated and successful women revel in the smallest accomplishments and celebrate each ride.  They make the time and are willing to commit the resources, sometimes at considerable sacrifice, to become accomplished dressage riders. They understand that success does not come quickly and that it is a long journey.” 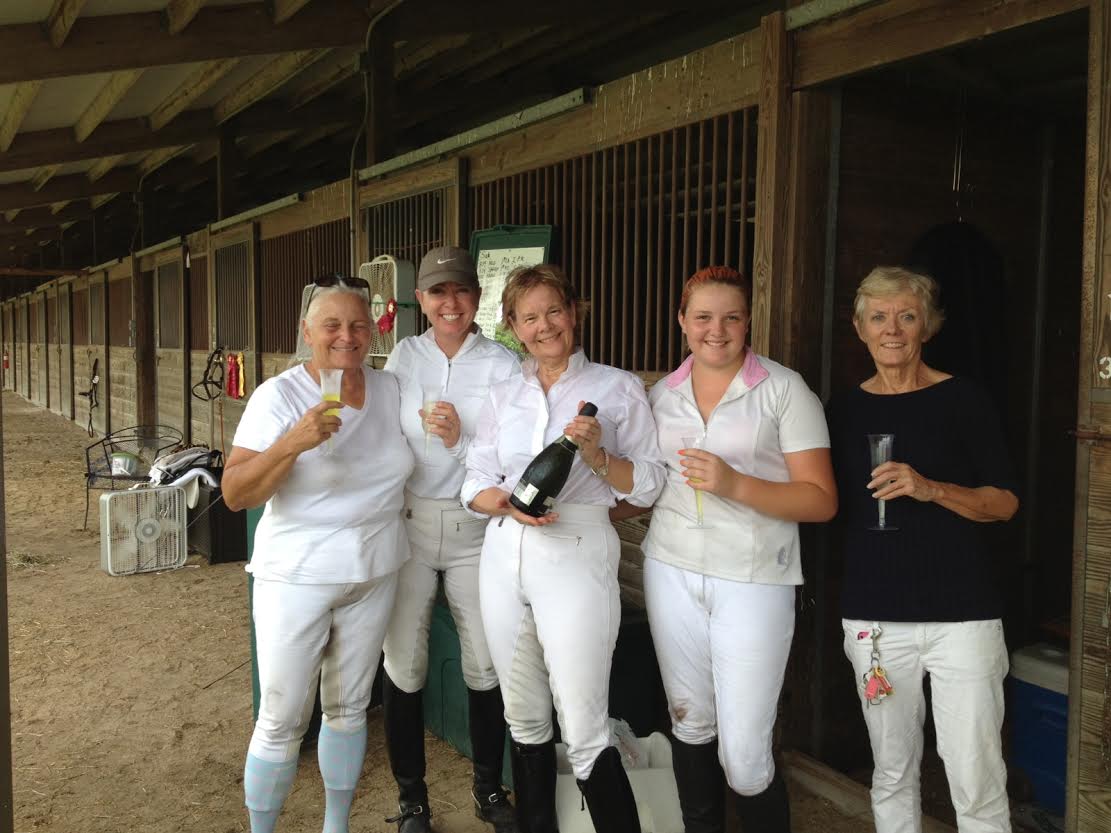 “In 1965, Marion rode Stroller to a gold medal in the Ladies World Championship, and two years later came back and claimed her rightful spot atop the Hickstead Derby throne. She had the nation’s attention, and in 1968, represented Great Britain on the show jumping team and as an individual at the Olympics in Mexico City.

It was a bizarre year for all the equestrians at the Olympics, as many horses had a difficult time adjusting to the high altitude and moody climate of the Games’ location. Moreover, it was going to be a grueling challenge for the show jumpers: The initial round had 17 efforts in a vast arena to be covered in a blazing 96 seconds, and only four of those initial 87 rounds were within the time. The second course was intended to be more like a puissance, and the imposing central fence was 1.70 meters high and 2.20 meters wide. At 14.2, it’s probable that Stroller could have traversed under it as easily as over it.” 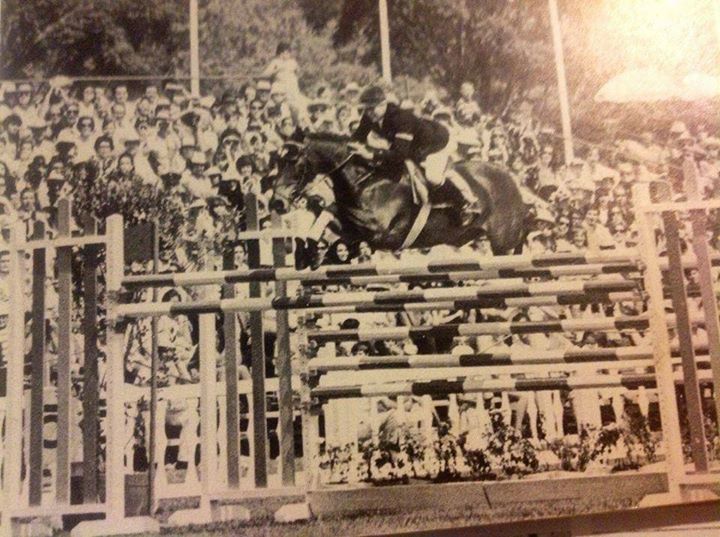 Marion and Stroller clearing the puissance fence at the 1968 Olympics. Photo by Gonzalo Garcia Ceron, courtesy of Frank Waters.

Fallon Taylor Is Taking Las Vegas… In a Helmet

“Fallon’s arguably one of the biggest name in barrel racing right now — she qualified for her first National Finals Rodeo (NFR) at the age of 13, promptly encouraging the Women’s Professional Rodeo Association (WPRA) to pass a new rule that professional contestants needed to be 18 at the youngest. She’s developed a reputation for wearing the most outrageous outfits you’ve ever seen on horseback, going so far as to developing her own clothing line and holding contests to help fledgling designers get their start. She’s famous for being her own woman, strong in the face of sharp criticism. And to top it all off, she’s got excellent horses, including her NFR partner, homebred and home-raised Baby Flo (registered Flo’s Heiress.) So when Fallon makes a statement, people in the barrel racing and rodeo world tend to listen. And in a total mic-drop moment during the NFR’s third go-round, Fallon came flying down the chute and burst into the Thomas & Mack Arena wearing a custom-designed (and totally drool-worthy) helmet, showing the world that safety, in fact, is cool.” 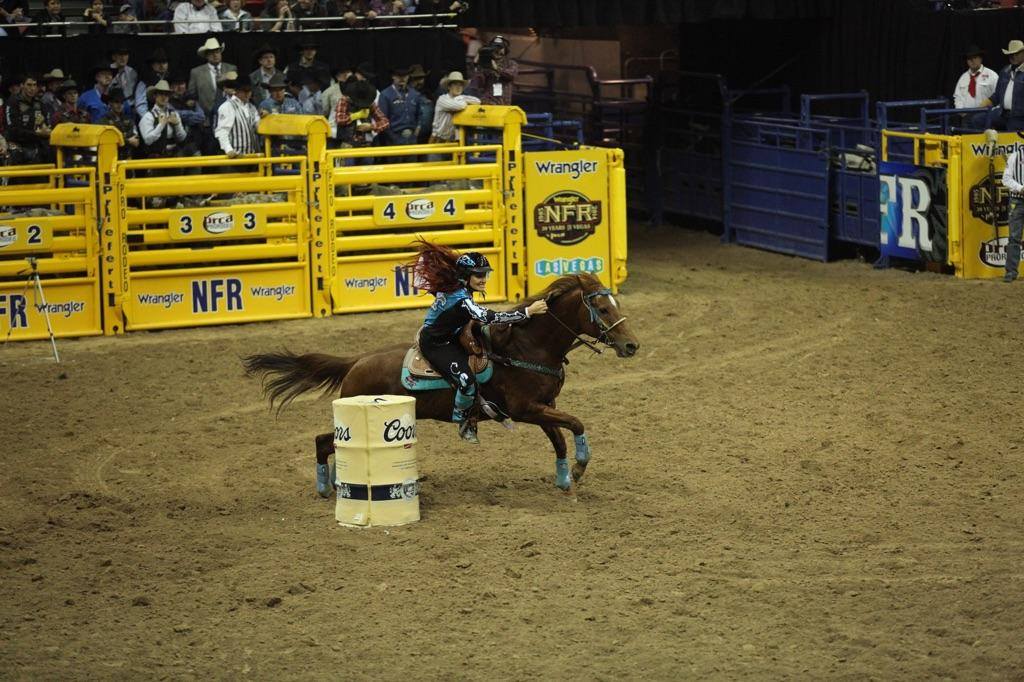