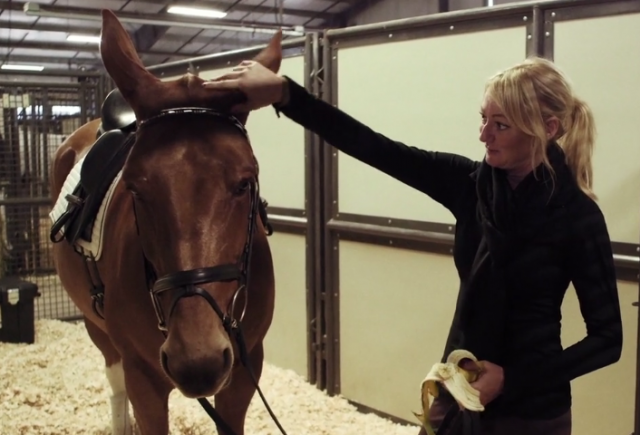 Biz Stamm reviews a documentary film telling the story of the first mule to compete at the USDF National Finals: Heart B Dyna, ridden by Laura Hermanson.

Dyna Does Dressage delves into the story of Laura Hermanson and her journey to United States Dressage Federation (USDF) National finals on her mule, Heart B Dyna. As someone who actively competes at USDF shows and has several students who ride mules (one being a half sibling to Dyna!), I feel uniquely qualified to review this film.

Overall, I liked this film quite a bit. I’m a sucker for an underdog, and as someone who participates in competitive dressage on a horse considered to be an “off-breed” for the sport, I love seeing success in unexpected places. This film does a great job tapping into the long shot appeal and creates a very endearing portrayal of Laura, the focal point of this documentary. Laura is clearly a free spirit who pursues her goals with all she’s got, and no matter the context, a person like that is going to make for an inspiring subject. She’s also someone with whom I’d love to grab a beer and hit the dance floor after a long day of showing! 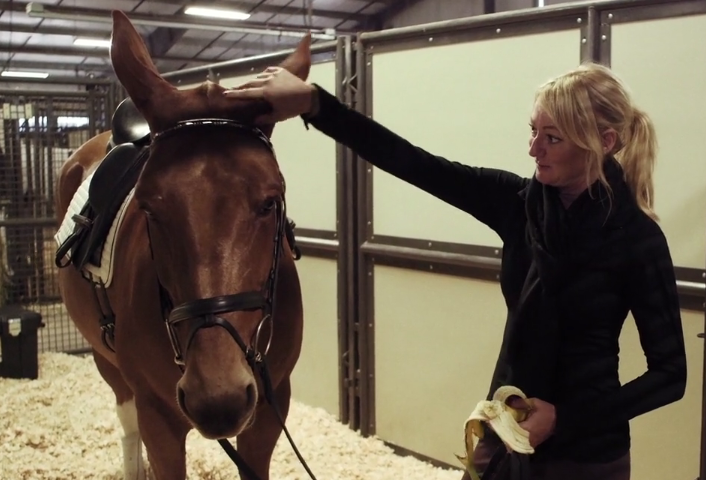 Laura and Dyna at Nationals. Screen grab from movie trailer.

The film itself is very well made with professional-looking camera work and put together in a way that tells a cohesive story. It employs effective pacing to keep the viewer engaged for the entirety of the film, something I really notice as someone who tends to get bored quickly. I was entertained from start to finish.

While I love the underdog component of this story, I felt this film played the underdog card by painting the competitive dressage world as overly elite. There certainly are elite members of the dressage community, just as there are elite members of every equine community, but there are also many dressage riders I would refer to as “scrappers:” people who work overtime to pay for show fees, camp on the show grounds instead of getting a hotel room, split tack stalls with friends to save money (or go without a tack stall if no friends happen to be showing), and skip dinners out to afford lessons and clinics. Those people certainly exist in the dressage community at a higher frequency than the film would lead one to believe. That being said, it did present dressage training in a very positive light, calling it the correct foundation for all training and showed dressage riders approaching Dyna with curiosity opposed to disdain, so it I would hardly say it painted dressage riders as the villains of the story.

I also feel like the film missed the opportunity to tell a more complete history of mules in dressage. While Dyna was the first mule to compete at USDF Nationals, she is not the first mule to compete at USDF/USEF licensed shows. Meredith Hodges (daughter of Peanuts creator, Charles M. Shulz) lobbied the USDF to allow mules in the 80s, playing a huge role in enabling mules to compete at recognized shows today. Also being an Oregonian, I have long been aware of Heart B Porter Creek, the mule phenom who, with his rider Audrey Goldsmith, has successfully competed through Prix St. George. Including at least pieces of those stories could have brought some additional depth and context to the Dyna story — though perhaps it’s just evidence that we need more movies about mules. I would certainly watch them.

Overall, I give Dyna Does Dressage  4 out of 5 carrots. I love the growing diversity that is popping up in the dressage world and I  think stories such as this one can inspire more people to get out into the sandbox regardless of what kind of equid they may be sitting on! 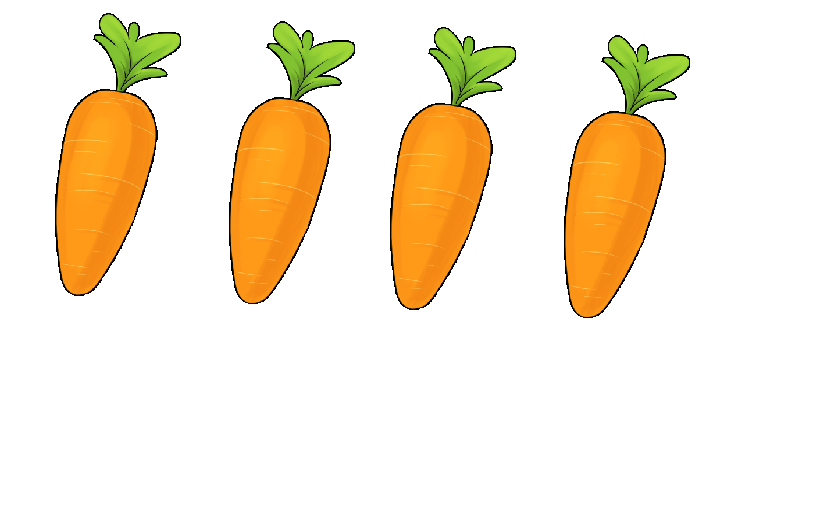 Dyna Does Dressage will be released on April 30, 2018! Follow the documentary’s Facebook page for more updates as the date approaches.