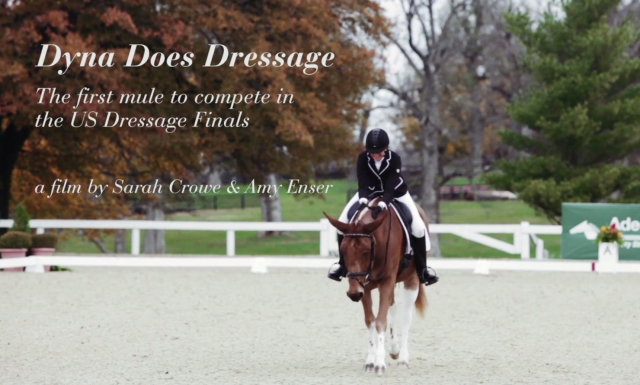 In 2014, we introduced the world to Laura Hermanson and Heart B Dyna, the first mule to qualify and compete at US Dressage Finals. Now, their story is hitting the big screen!

Laura Hermanson and molly mule Heart B Dyna danced their way into readers’ hearts in November of 2014, and they’re slated to dance their way across the big screen later this year. Dyna Does Dressage follows the heartwarming true underdog tale of this unlikely duo on the road to US Dressage Finals — the first mule to ever qualify and compete.

Sarah Crowe, director of Dyna Does Dressage, talked about the first moment she knew she had to make the film. “Laura got the news that she and Dyna were qualified to compete at the US Dressage Finals, and then called me in a panic – travel expenses to Kentucky were going to be very expensive. I’ve run crowdfunding campaigns to produce films before and she knew I could help her to raise the money she needed. I joked that my help was contingent on her letting me make the movie.”

Sarah met Laura in Yosemite National Park; Sarah was working a remote outpost within the park that was resupplied only by mule train. Laura worked with the mules, quickly coming to love their personalities and the unique challenge they offered to equestrians. “Mules are traditionally a working animal,” Sarah adds. “They had a critical job in Yosemite to pack supplies; we don’t get to see them often in a competitive way.”

That’s one of many reasons Sarah felt that Laura and Dyna’s story needed to be told: the documentary presents an opportunity to educate the public not only about mules but about the larger horse world and the discipline of dressage. Sarah is careful to note that there’s no “angle” to this film: “We didn’t set out to make mule people or dressage people look a certain way — we didn’t try to create tension between the two worlds. We just wanted to share this amazing underdog story.”

Sarah and her film crew traveled to Lexington, Kentucky with Laura and Dyna to film the US Dressage Finals, which makes up the majority of the teaser trailer we’re featuring here. For the following year, the crew headed to Bishop Mule Days (the largest celebration of mules in the US), back to Yosemite National Park and home with Laura at Oak Star Ranch in California.

“Laura’s story is relatable,” states Sarah. “She worked hard, she had success, but she continues to face challenges too. Laura and Dyna are both approachable characters, and even non-horse people really connect to Laura. The story resonates with non-animal people.” 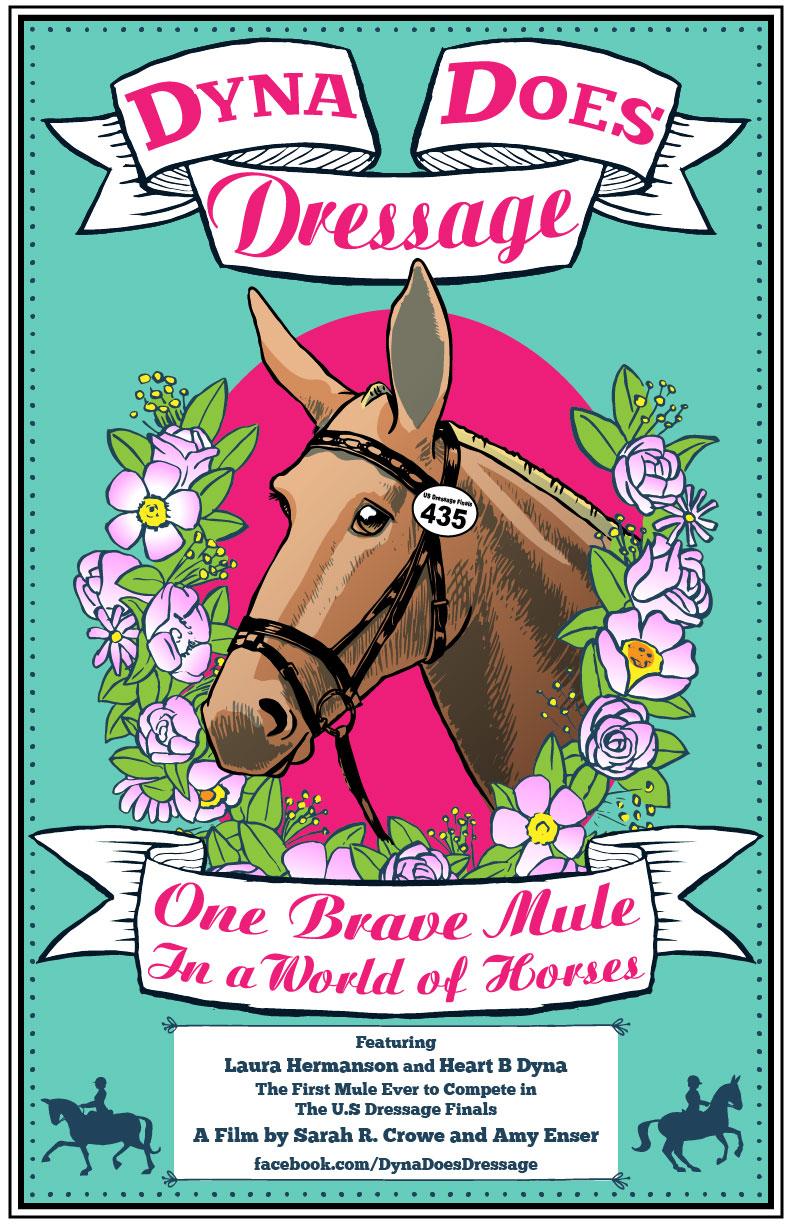 Dyna Does Dressage premiered at the Prescott Film Festival in June, and the documentary will also be featured at the following festivals:

Further festival dates are pending. The film is slated for a fall release, with pre-sale scheduled for a DVD release in December. Follow the documentary on Facebook so you won’t miss an update, and keep an eye on Horse Nation for a full review!