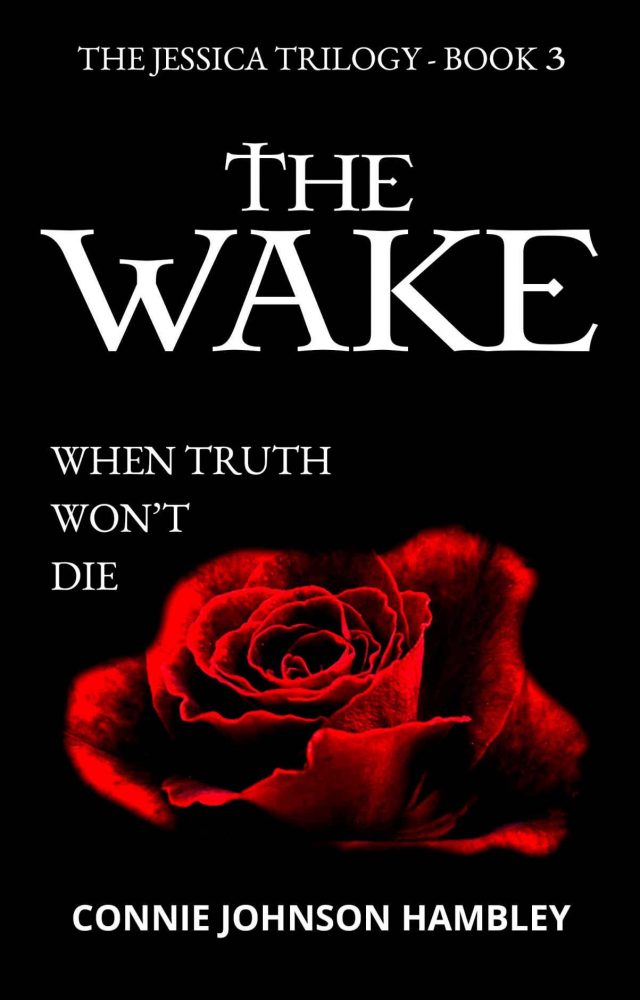 A thrilling adventure, a literary bombshell.

When I first started full-time at Nation Media writing for our charming viral champion sister site, Horse Nation, one of my duties was reviewing books. It sounds like a lot of fun, and sometimes it is. But other times you have to read 300 pages of something so truly terrible that you weep not just for yourself, but also for the poor, poor, tragic soul who spent hours of their life writing this thing of literary nightmares and opting to self-publish without an editor or proofreader in sight.

Horse literature is absolutely one of those things that seems to gravitate towards the extremes. It’s either excellent, or it is soul sucking. And the soul-sucking books were starting to win. For the past year, I’d stopped reading books entirely. Stopped book reviewing, and even stopped reading for fun. All the joy had been sucked out of it for me.

But when Connie Johnson Hambley wrote to let me know that she’d finished the final book of The Jessica Trilogy, I decided to do just one more book review. I’d read the first two books previously and really enjoyed them, and I was dying to know how the drama ended. Not only was I riveted and moved by the ending, but I credit book three, The Wake, for bringing me back to the incredible adventure that is reading a genuinely good book.

If you’ve already read the first two, you know that you’re in for a great adventure. If you haven’t, here’s what you need to know about The Jessica Trilogy:

The Troubles, The Charity, and The Wake are all wonderful, vital parts of the story of Jessica Wyeth, a young talented equestrian who in the midst of a horrifying murder discovers that much of what she’s been told about herself is a lie. Across the three books, Jessica grows as a captivating but complicated heroine who must put together all the pieces of her life, her origins, and who she can trust.

The books beautifully entwine several plot lines, including high-performance eventing and steeplechase, secret family histories, terrorist weapons on the black market, the history of the Irish Republican army and the many factions at play in Northern Ireland during the end of the twentieth century, and of course a wildly complicated romance.

The Trilogy is heavy and sometimes dizzying with the amount of information it contains, but the plot moves at such a satisfying clip that you absorb all of it like cotton candy to your tongue. The final book has so many dramatic twists and turns that once when my husband tried to interrupt and I told him that I was at a really intense moment in my reading, he very cautiously mentioned that I’d already said that about six times today. (“I DON’T CARE WHAT’S BURNING IN THE KITCHEN, OKAY, JUST LET ME FINISH MY BOOK.”)

The horse scenes are quality, taking place all over the world. There are vivid scenes from the deep south of the U.S., the hunt country of Ireland, the shores of Massachusetts, an expertly portrayed therapeutic riding center, and even the Aintree Racetrack in Liverpool. There’s a few moments related to the exact nature of high performance eventing that are just a smidge off if I’m being wildly picky, but Hambley’s clearly an experienced horsewoman and the equine content of the book is overall well-executed. In fact, it was wildly refreshing to read what is ultimately a mainstream thriller that just happens to have exceptional equine elements.

All three books are available in Paperback on Amazon, as well as in Kindle form. And it’s worth mentioning that the e-book version is an absolute screaming deal.

The trilogy would make a wonderful gift for a fellow barnmate or a fairly mature adolescent. There’s some mature content throughout (violence, sexual content, language) but I think a savvy 16-year-old could handle it.

The Jessica Trilogy Part 1: The Charity

The Jessica Trilogy Part 2: The Troubles

The Jessica Trilogy Part 3: The Wake