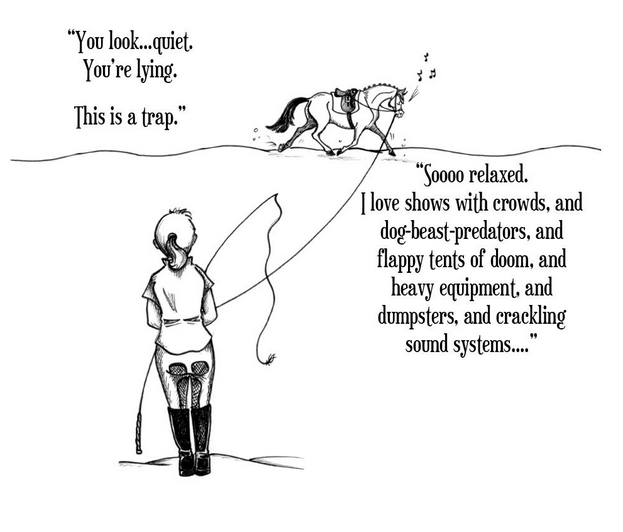 Or another example of how horses are liars. 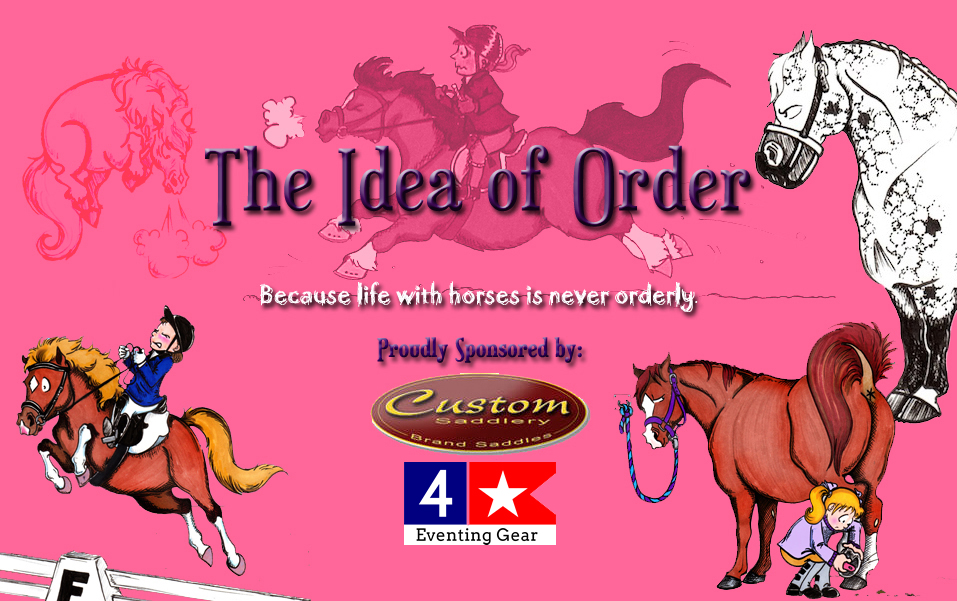 At Championships this last weekend, The Beastlet walked out of the trailer, into a stall, stood to be tacked up, then lunged like he was auditioning for a western pleasure class. Now some would say that clearly this shows that he doesn’t need to be lunged. That’s a rookie mistake! While it’s a relatively rational thought, horses are anything but rational. In fact, The Beastlet has pulled these shenanigans before, looking very rideable, only to nearly launch us both to the moon upon mounting. Given those experiences, I’ve grown very skeptical of his AQHA lunging routine.

Of course, in traditional equine fashion, he did just the opposite of what was expected and was actually a total saint this go around. I’d like to think this means that the next time he does his jog about on the line it will also be an accurate reflection of his mood but that’d be taking too much for granted. 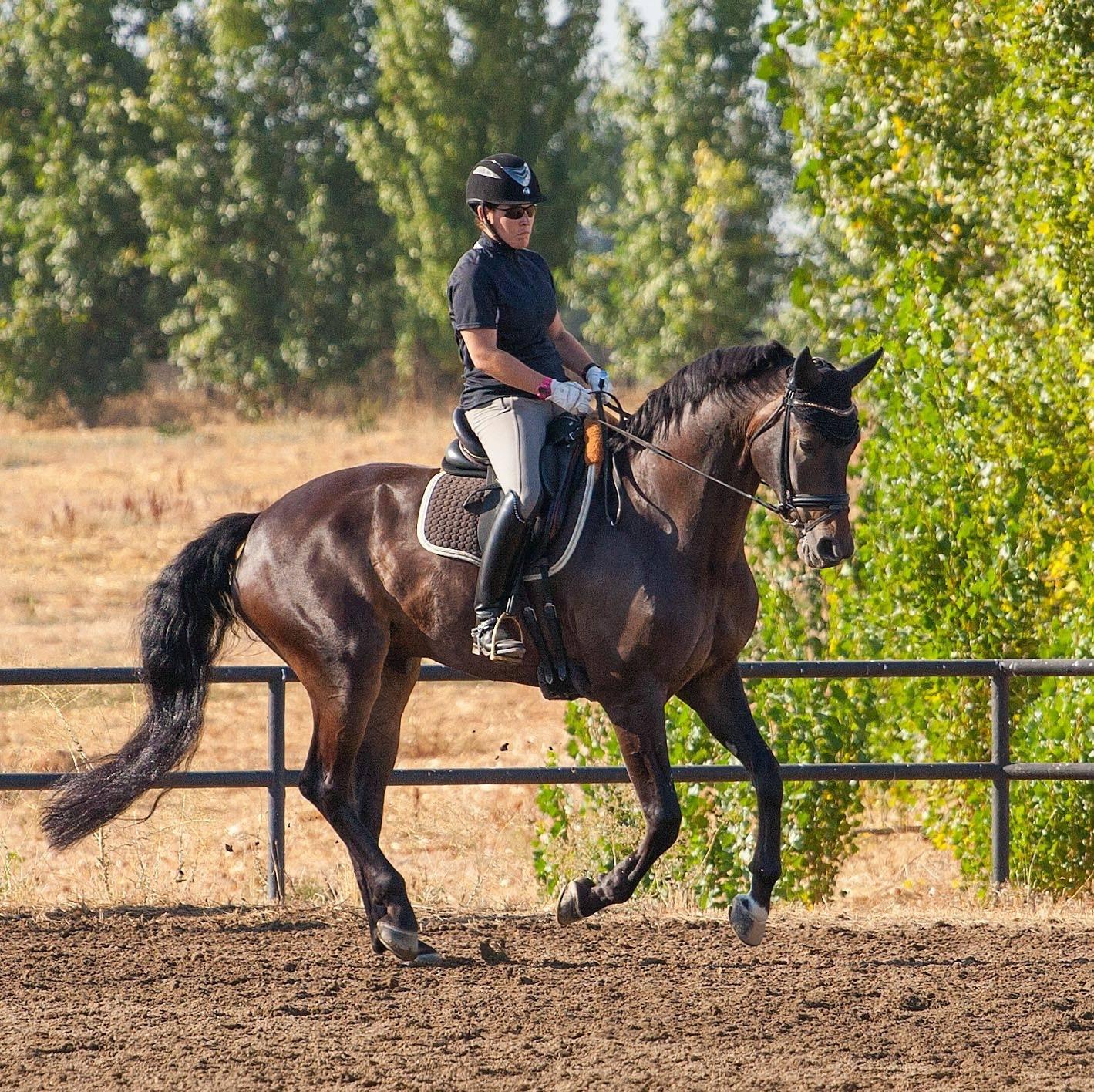