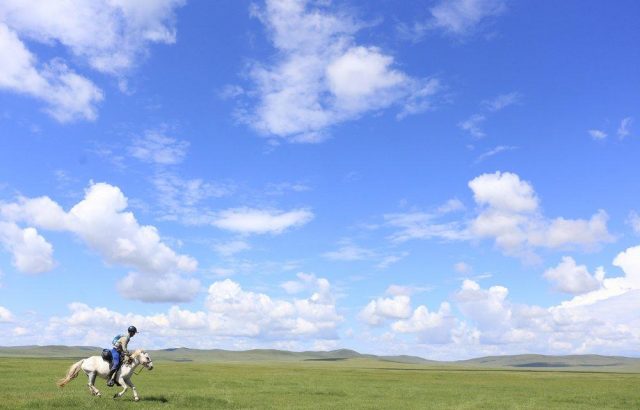 Bolstered by some donations from her fellow riders, Leslie Wylie put away some distance today, progressing somewhere in the neighborhood of 100 miles!

The Mongol Derby, as stated above, is modeled after Genghis Khan’s “pony express” relay system that was used to carry messages across his land. When you think about how many miles we estimate that Leslie has ridden today — she’s traveled the distance of four urtuus, which are spaced roughly 40 km apart, for a total of 160 km or about 99 miles — it’s easy to see how such an express system could be effective.

It’s also a reminder that the Mongols were, and still are, tougher than nails. With more injuries forcing retirement as well as some questionable horsemanship choices along the Derby trail, Day 6 proved to be influential.

Our LW and a pack of fellow riders roared out of Urtuu 14 right on the dot this morning at 7 AM (local time). We’re happy to report that her great attitude and resilient sense of adventure still appear to be riding high; she’s been described as “in great spirits.” We’re even happier to report (and so, so grateful to her fellow riders) that Leslie’s been able to assemble a sort of mini-kit (as her original kit has still not been located), consisting of a sock filled with donated odds and ends from other competitors. Since everyone in the race was bound by the 11-pound gear limit, we know that there is very little extra to go around — many thanks to these generous riders!

Leslie appears to be safely checked in at Urtuu 18 for the night, with the field spread from Urtuu 20 back to 16. 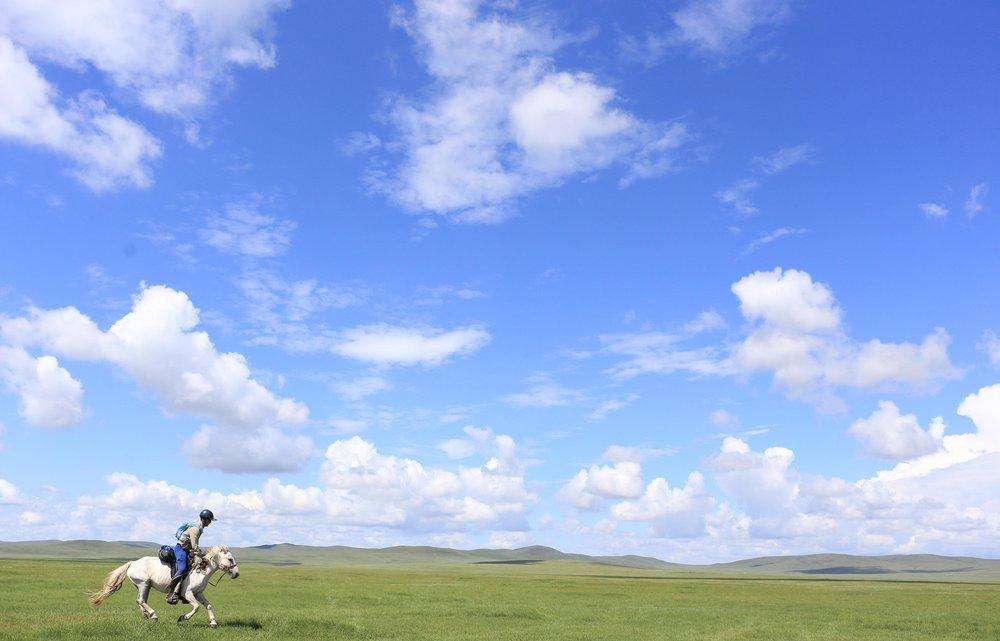 Among the front runners: Jakkie Mellet continues to lead while earning kudos from the field veterinarians for smart riding and good horsemanship. He did incur a two-hour penalty, which he served today, but is taking good care of his mounts and increasing his lead.

Ed Fernon, one of the pace stalkers from recent days, incurred a stern, official warning and then time penalty for inconsiderate riding in approaching veterinary assessment. The Mongol Derby takes equine welfare extremely seriously, with every horse undergoing an examination after every leg. Riders are expected to present to the veterinarian immediately and every horse has 30 minutes to recover its resting heart rate; this allows the vets to determine if a horse is in metabolic distress and needs additional attention before turning the horse back over to its owner.

Today, Ed’s technique was to gallop his mount all the way to the vet stationed at the urtuu and then “loiter” outside the station for about half an hour to bring his horse’s heart rate down without veterinary supervision. It’s possible to hide a more serious condition with this practice, and Ed first received a warning and then a penalty after he repeated the offense. Marie Palzer also served six hours of penalty time today for veterinary offenses. 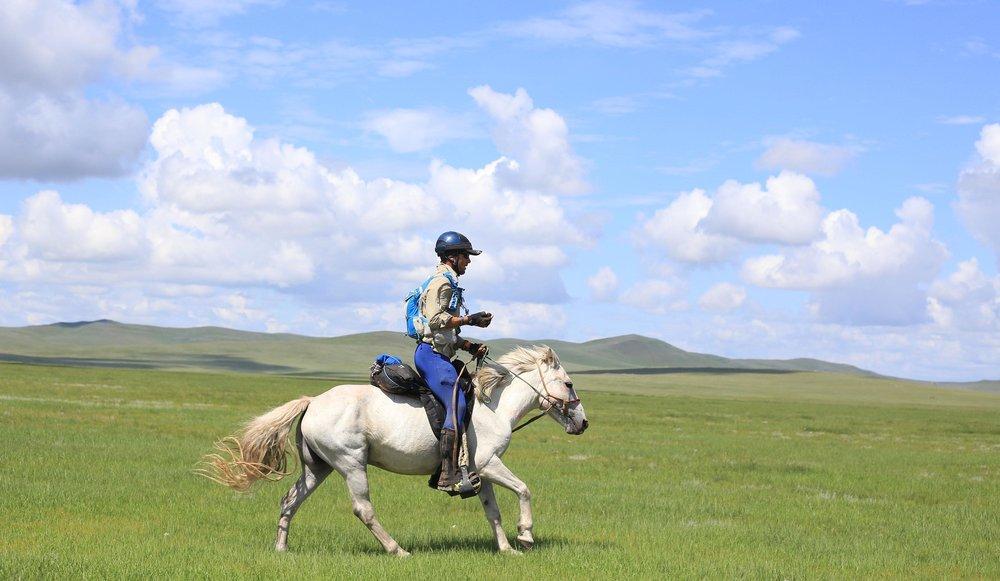 Elsewhere on the trail, riders were strongly encouraged to take the bridge over the Kherlen River rather than attempt the ford as water levels were high. Fortunately, everyone made it safely across free from incident. Storms moved in and out of the area of the “Adventure” pack (the back half of the field) but again travel appeared to be incident-free. The family hosting at Urtuu 15 reportedly sent their riders off with packages of dumplings to be eaten on the ride. We love the Derby hospitality!

In other news, we’re trying to find a way to get word to Leslie that we’d like this one brought home for us:

1509 And Erik has named this one Spot. pic.twitter.com/iOKcMBfPyS

…not so much this one though. He can stay in Mongolia.

We’re sad to report that Liv Wood (OW) has retired after a hard fall on her lower back; yesterday we reported that she was also battling with an ankle injury. According to Liv herself via Facebook, she had clean X-rays on both her foot and her back, and she should be cleared to ride after 24 hours. As of this report she fully intends to return to the trail after a day’s rest, and she may be the first person in Mongol Derby history to medically retire and then return. All our best to Liv!

Gigi Kay, age 59 from the UK, also retired today after cracking two ribs. A late entrant to the Derby, Gigi is an equine veterinarian currently working in Morocco. We’re sending our wishes for a speedy recovery!

One minor injury to report as well:

Jakkie Mellet on the steppe. This beautiful landscapes are too good not to share. Julian Herbert/Mongol Derby