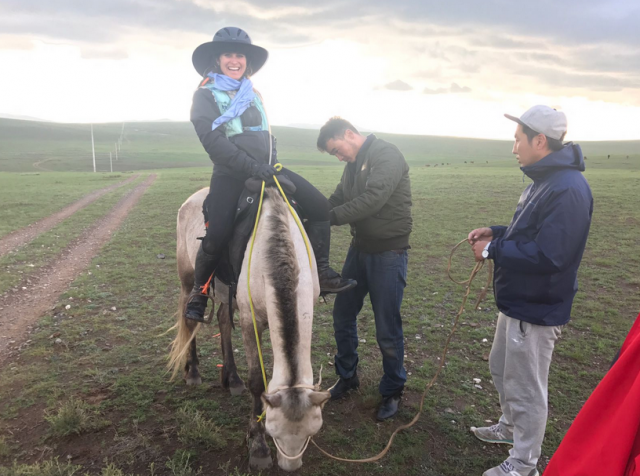 Leslie Wylie faced another challenging day on the steppe on Day Four of the Mongol Derby: get the details here on StirrupGate, a truly naughty pony and the kindness of fellow competitors.

Somewhere in the flurry of endless email chains between myself, Leslie, Publisher John, and fellow editors Jenni and Lorraine, Jenni said something along the lines of “Wylie was a Viking warrior princess in another life.” The moniker stuck, and while the good folks at Derby HQ might be shaking their heads every time one of us retweets with #VikingWarriorPrincess tagged on, you have to admit that it’s a pretty fitting title.

Because, after all, what else do you call a lady who can do this, while smiling?

Oh yes, that was filmed during the infamous StirrupGate incident on Day 3 — and there goes our Leslie, cantering along without her stirrups, grinning away, one hand casually holding the reins of her Mongolian pony.

Day 4 was perhaps not quite this smooth. Read on for details.

The sun set on Day Three with riders spread across the map; many overnighted at urtuus while some camped with local herders and a few camped out on the open steppe. Impressively, most of the hobbled horses were still where they ought to have been when the sun came back up, and the majority of the field got off to a fresh, quick start despite working through some aches, pains and minor injuries.

Leslie spent the night in Urtuu 9 and the start of her Day 4 was delayed ever so slightly as the crew helped her work through some issues with her tack — notably, the (in)famous camel stirrups that were donated to her kit yesterday.

Unfortunately, the camel stirrups didn’t hold up to the rigors of the Derby trail, but the delivery of a spare set of horse stirrups looked like a game-changer.

However, it looks like Leslie’s first horse of the day had other ideas:

LW embracing HustlrErik after being bucked off. Required human wall, LandCruiser, goat pen to corral pony. Still all smiles this am. pic.twitter.com/h5w8Gsw1fu

Fortunately our tough cookie was soon back on the trail.

At the front of the pack, Jakkie Mellet continued to lead, including a masterful bit of a horsemanship to navigate his semi-feral mount beneath a railway bridge. Marie Palzer and Ed Fernon continued in hot pursuit, and all three are overnighting at Urtuu 16. Barry Armitage is not far behind, camped between Urtuus 15 and 16.

The rest of the field is scattered between Urtuus 11 and 15, with the biggest pack of 17 by far lodged in Urtuu 11 — the first Penalty Urtuu. Many riders will be serving penalty time here, including an hour for Leslie after she required assistance to catch her loose horse. (Unfortunately Leslie also left her raincoat behind at Urtuu 10. Fingers crossed for good weather.) 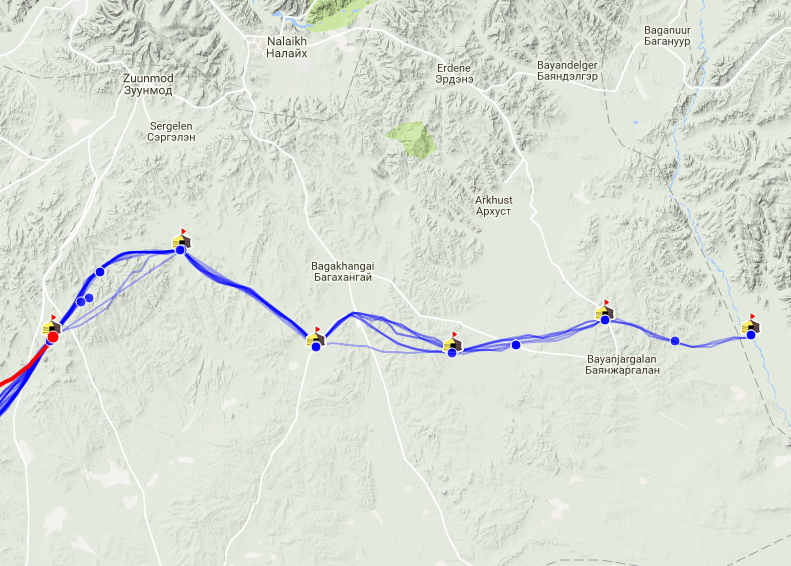 Current field with ~200 km separating leaders from trailing pack at U11. Leslie highlighted in red.

The field grows smaller as more riders retire, and we send our best wishes for a speedy recovery to Clare Salmon whose ankle is “giving her hell.” Her husband Neil Goldie-Scott retired with her at the start this morning. Julia Fisher and Jane Boxhall, both of whom retired earlier in the week, are back on the Derby trail so to speak, riding with “Hustler Erik” in the bloodwagon.

In eventing (and truly in most equestrian disciplines), there’s a well-known saying: “It takes a village.” It refers to the teams behind the scenes of every horse and rider combination, from coaches and grooms to family and friends and all the individuals in between who come together to keep all the wheels turning in support.

And it truly takes a village in Mongolia as well — from our viewpoint here at home, safely ensconced on the couch or in the office watching our little red dot eke her way across the steppe while we refresh the Twitter feed over and over again, it’s impossible to know what’s truly happening on the ground, but reports of fellow riders helping each other, waiting for each other at urtuus so they can ride together as they agreed, and of course the generosity and ingenuity of the local herdsmen are warming our hearts and making us feel like perhaps the steppe isn’t such a lonely place after all.

A big shout-out to Rachel Land, who is looking after our Leslie tonight:

It’s definitely been a challenging day for the Mongol Derby contestants. Here’s to a good night’s rest and another cracking day on the steppe tomorrow. 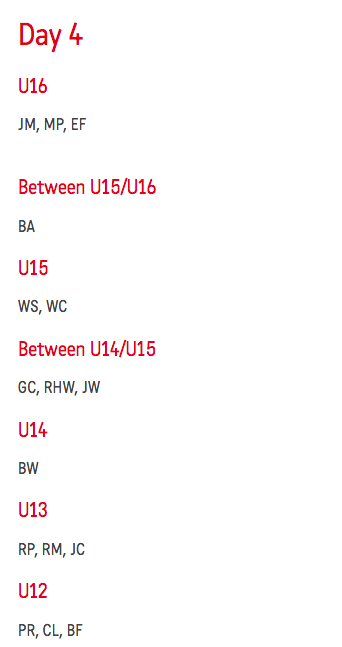