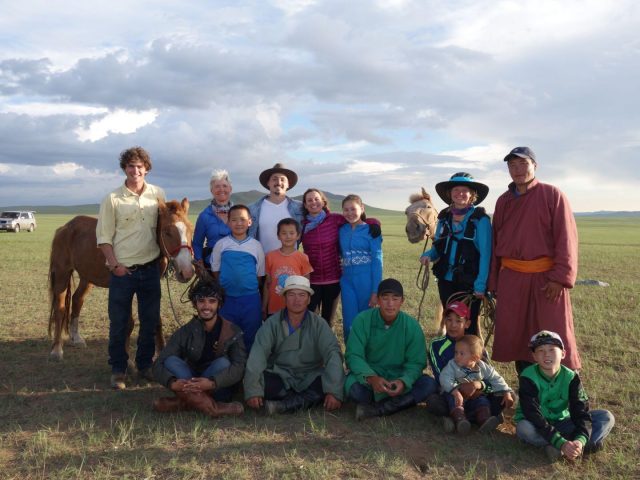 The grueling race environment seems to be taking its toll on the field — but our LW is STILL smiling!

Another long-running joke in the Nation Media editorial communications loop prior to Leslie Wylie’s departure for Mongolia was the inevitable comparison to the Hunger Games. With some noted exceptions (such as, you know, the entire premise of the Hunger Games) the parallels become obvious: a whole world watches virtually, tracking their favorite rider with every ping of the GPS while the riders themselves simply focus on the task at hand, the idea that thousands of people are watching their every move most likely not on their mind whatsoever.

In reality, however, Mongolia is not the Hunger Games — as the race organizers pointed out today, there is no holographic leaderboard equipped with video updates and realtime movement tracking. They did offer this helpful gem:

yeah so you couldn’t run the Hunger Games in Mongolia. Except for the crazy dogs part. That bit we can do

All this boils down to is that we at home only know as much as we can see about Leslie’s progress — but considering the logistics of tracking 43 riders, coordinating veterinary, medical and support teams across a thousand kilometers and orchestrating the wrangling of hundreds of horses, herdsmen and local families to help, we’re always happy for a glimpse of Leslie’s smile on the steppe and to know that she’s still kicking on and riding hard. We’re grateful to the race organizers who personally answer our requests for Leslie updates, taking the time out of what we’re sure is a chaotic day to keep us informed.

Read on for the details on Day Five!

Veterinary violations are likely to change the order of the leading pack in the next day or two: leader Jakkie Mellet has a two-hour penalty to serve at Urtuu 22 while pace stalker Marie Palzer has racked up eight hours with a third penalty today. Ed Fernon has a clean record and will likely be able to take the lead; all three of these leaders are camped between Urtuus 20 and 21. Barry Armitage, overnighting between U19 and U20, is expected to move into second place tomorrow. But as always, this is the Mongol Derby, and who knows what the morning will bring?

The running order through the rest of the field remained similar to yesterday, with a few riders in the back half of the pack making huge leaps in their progress. Organizers report that today’s group of horses seemed feistier than usual, and several riders had to make use of their “help” buttons to summon assistance and a carry-forward to the next urtuu (which earns them penalty hours to serve at Urtuu 22).

Leslie Wylie is overnighting with a party of 15 Derby riders at Urtuu 14, all being fed by a generous local family. The cooperation with the local herding communities is critical for keeping the Mongol Derby working, and we’re so grateful to all of the families who have donated the use of their horses, helped wrangle some wild steeds, housed riders overnight in their gers and taken care of the riders spending the night in the various urtuus. 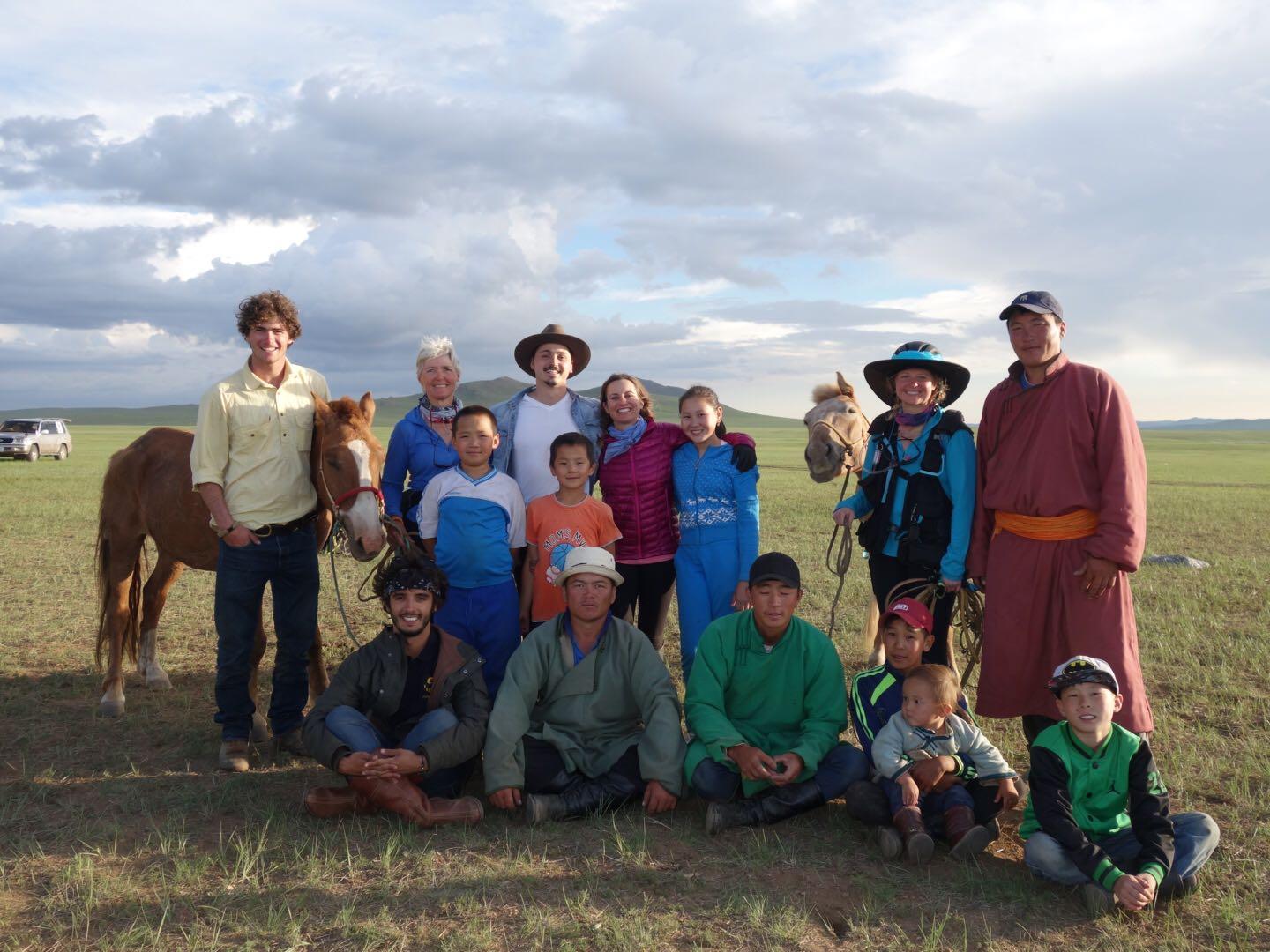 Leslie (center, in the pink jacket) and some fellow riders with the generous local family who fed them all last night at Urtuu 11. Photo courtesy of Mongol Derby.

Leslie appears to have had a fairly uneventful day (which in Mongolia is a very good thing!) with no exceptionally wild ponies or major incidents to report. She progressed from U11 to U14, which is an estimated journey of about 120 km. Not bad for a day’s ride!

1926 LW moment from earlier today: Hustler Erik leads her out of the urtuu in hopes of making sure she stays on (for the moment). pic.twitter.com/TGVYGCIxVM

All along the route, the “steppefamily” continues to welcome what by now is probably a fairly filthy, stinky, unwashed field of Derby riders for overnight stays. The family at U19 was described as “awesome;” Barry Armitage reported that he is staying with “a lovely family” on the steppe between U19 and U20. Our hats are off to the hospitable people of Mongolia! 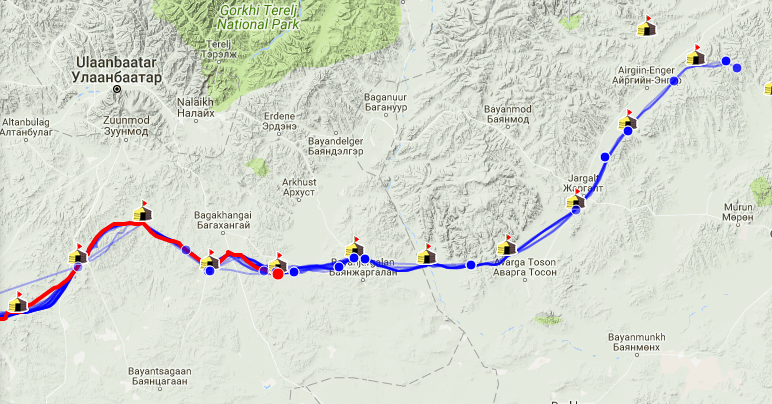 The spread of the field at the end of Day 5. Leslie’s route is highlighted in red.

A sixth rider has retired from the Derby: Marianne Williams, age 54 from the US, retired with a broken clavicle requiring surgery due to falling in what she calls “every marmot hole in Mongolia.” According to Marianne’s biography, “riding the Mongol Derby (her first horse was a wild mustang) is a natural expression of Marianne’s quest ‘to not go gentle into that good night’ but to slide sideways into her grave -laughing like hell – while clutching one last cold beer in her weather worn hand.” She sounds like our kind of gal and we wish her all the best in her recovery.

James Lester and Lucy Taylor, both from Australia, had made a pact to ride together; yesterday, Lucy was delayed along the route with an injured horse which she helped treat alongside the vet, earning her big kudos from race organizers. As a bit of a joke, James decided to hide at U11, leading Lucy to believe that he had broken the pact and rode on without her, before popping out just as the tears were reportedly starting to flow. In another display of solidarity, James hopped on the horse that Lucy selected this morning before it dumped her, got dumped himself, and then got right back on. They took off together, pact intact and earning some respect from the locals and race organizers for wrangling this particularly wild mount.

Liv Wood, whom readers should remember as one of Leslie’s training partners in her 100-mile Texas training ride, is soldiering on with an injured ankle, presumably after a fall she took this morning.

OW riding through the pain of an injured ankle, determined to get to the next station. Liv’s call sign: appropriate. #howitsdone #truegrit pic.twitter.com/z2RtrIWIYW

Liv is overnighting at U14 alongside Leslie, and we’re confident that these two strong-willed ladies will keep each other’s spirits high going into Day 6! 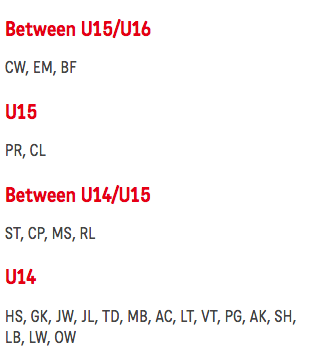