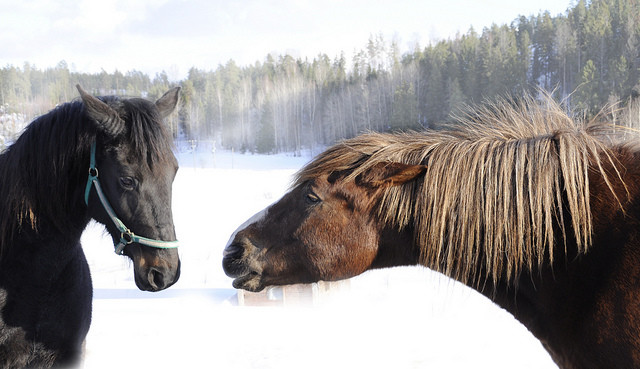 There’s a horse show class or division for just about anything you could feasibly compete in — except for a few noted omissions. Here are our favorite classes we’ve never seen.

Gone are the days of being just an English or a western rider. Now that the horse world has opened its minds to so many other disciplines, maybe it’s finally time to include some of my personal favorite classes.

Green on Green: lots of show associations offer “green as green” or “green as grass” divisions, both for horses and for riders. Why not combine them? Everyone’s guaranteed either a blue ribbon or a black eye. (While it’s generally not recommended, a lot of folks learned to ride on green horses and lived to tell the tale.)

Human at Halter: just like the equine equivalent, we’re looking for well-muscled humans with straight legs and tiny feet.

Horse Husband Equitation: coaching from the rail is not allowed. Whoever’s wife shrieks first is eliminated. Last man still in the saddle wins.

Mare Glare Class: The horse is judged on how far back the ears can go and how wrinkle the nose gets. Geldings also welcome.

Worst Turnout Award: The dirtier the better! Pluck your horse out of the pasture and bring him right to the show ring to show off his talent at grinding mud and manure into his coat. Bonus points awarded to manes and tails full of burdock.

Add your own fantasy class to our show bill in the comments section! Go riding.