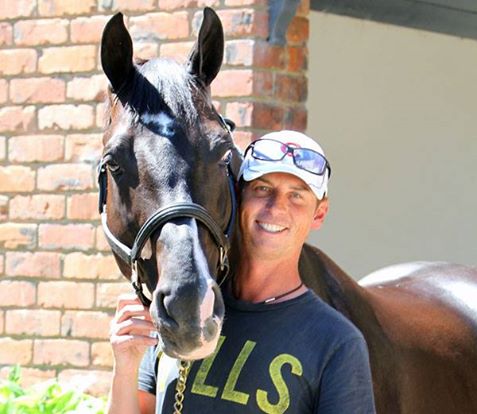 Carl Hester announced on his Facebook page today, June 28, 2016 that his equine partner Uthopia would be remaining in his yard. This announcement comes after an agonizing few weeks of waiting after Uthopia was sold at auction in late May to a still-unnamed buyer.

We’re so happy to hear that “Uti” can remain with Hester, though details are still unclear (and will possibly remain that way) as to how exactly the horse’s future was secured. This partnership’s accomplishments are numerous, with their most recognizable victory coming with a team gold in the 2012 Olympics.

For readers new to this story, here’s a basic timeline and links to our past coverage:

April 28, 2016: As a result of a bankruptcy sale, it’s announced that Uthopia as well as numerous possessions will be auctioned off on May 27 by Wilsons Auctions in the United Kingdom. Uthopia is stabled in Carl Hester’s yard as part of his program but is not actually owned by Hester; Hester and fans of the partnership all over the world are stunned to hear the news.

April 30, 2016: Carl Hester announces that he believes he and ownership partners have raised enough funds to secure Uthopia’s future, and thanks his fans for their support.

May 29, 2016: Carl Hester confirms via his Facebook page that he was not Uthopia’s buyer. The identity of the buyer remains unknown. Uthopia is to remain at Hester’s yard, and Hester states that he is still working to secure a positive outcome for the stallion that involves the horse remaining under his care.

While it’s still unclear what exactly the terms of this latest arrangement might be, all that’s really important is that this very special stallion can remain in a program that’s proven to suit him well with his best interests at heart.