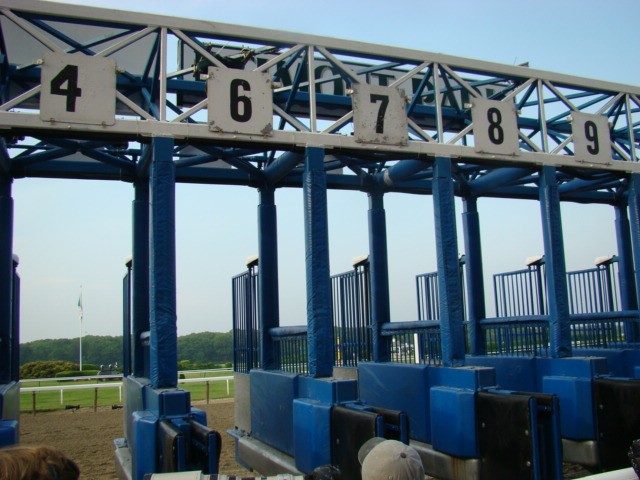 We’re taking a look at past heartbreaks and triumphs in the history of the Triple Crown’s third jewel — as well as a particularly interesting coincidence in this year’s running.

The Belmont Stakes represents a list of superlatives: the oldest of the Triple Crown races. The longest leg. The biggest test of a champion. And most recently, the race most likely to break the hearts of fans on a Saturday evening in early June as they watch Triple Crown hopes fade into the dust for another year.

This quick video from the New York Racing Association details the highlights of the history of the Belmont Stakes:

If the Kentucky Derby is compared to a battle charge with a field of 20 horses and the Preakness’ biggest challenge is the tight turns, then the Belmont is a marathon, drawing on every ounce of endurance and strength left in a Triple Crown contender on the mile-and-a-half. With fresh horses who may have skipped either or both of the first two legs coming in to Belmont Park to challenge a would-be champion, the race and the entire Triple Crown series has received criticism — but others say that’s just part of the game.

The above video showed the dramatic finish of the 1978 Belmont Stakes with Affirmed edging out the victory: the last year we had a Triple Crown winner. Since then, we’ve had more near-misses than we’d like to remember, as the winner of the Derby and Preakness just can’t quite get out in front:

Trainer Nick Zito is famous for creating Belmont upsets and dashing Triple Crown dreams, first in 2004 with Birdstone and then in 2008 with Da’Tara. He famously apologized to Smarty Jones’ trainer John Servis for breaking the chance at the Crown. While his apology was a nice gesture, it’s also unrealistic to expect owners and trainers to keep their game three-year-olds out of the Belmont just to avoid ruining Triple Crown chances — horse racing is a business, after all, sentimentality of the general public aside. We’d love to see the Crown be won, but not cheapened.

Some racing fans love to speculate that the Belmont is cursed and we will never see a Triple Crown winner, due to the official song being changed from “Sidewalks of New York” to “Theme from New York, New York” in 1997. However, as the above list shows, there have been plenty of foiled attempts when the song was still “Sidewalks” and probably doesn’t mean much of anything other than horse racing being the unpredictable sport that it is.

However, the Belmont isn’t all heartbreak and upsets: there have been moments of great triumph as well, from Affirmed’s exciting 1978 victory shown above to Secretariat’s world-record-shattering run in 1973. My personal favorite is the 2007 Belmont Stakes where Rags to Riches became only the third filly to ever win America’s oldest classic and the first in over 100 years, overcoming a stumble at the start and a stretch duel with Curlin, 2007 Horse of the Year:

The funny thing about this particular running of the Belmont Stakes is that we have a very coincidental echo of the 2007 Triple Crown taking place right now under our noses. Let’s take a quick rundown of that year:

Doesn’t that sound awfully familiar to anyone else?

While there’s no underdog filly to root for in this year’s Belmont Stakes, there are plenty of interesting other choices to watch — Destin, who is bred for stamina, is coming into the Belmont fresh after sitting out the Preakness. This gray/roan colt got a bad break in the giant crush that was the start of the Derby so it will be interesting to see how he goes in a smaller field.

And, of course, we can’t deny the intoxicating attraction that is Japanese dark horse Lani — you can’t ignore the fact that this horse, for all of his bizarre quirks and personality traits, has been running increasingly better each time out on US soil. The longer Belmont Stakes might play up perfectly into his last-minute go-for-broke closing style.

While a year without a Triple Crown contender might take some of the gloss off of the Belmont, the array of strong contenders may, in fact, make the 2016 running a more interesting race. After all, with the 2007 model held before us, anything could happen.