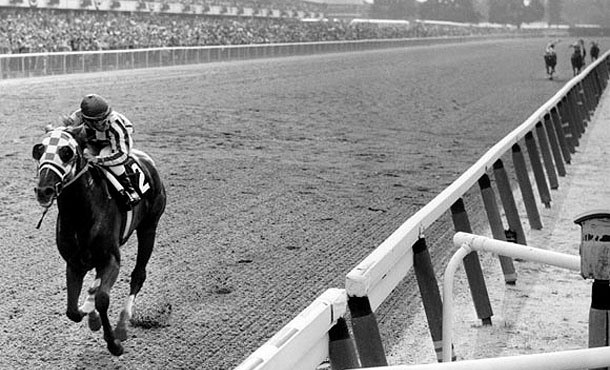 In today’s Throwback  Thursday, scientists and Thoroughbred genealogists attempt to explain one of the greatest performances in sports history.

While the words “genetic mutation” might inspire gruesome imaginations to picture Quasimodo or a two-headed sheep, genetic mutations are also at the heart of sports legend. Whether it’s Swimmer Michael Phelps’ enormous wingspan and double-jointed appendages, or all seven feet, six inches of basketball legend Yao Ming, sports fans have been watching records shatter in the hands of totally awesome freaks for centuries, and Secretariat is no exception.

Secretariat’s hidden mutation has become known to racing junkies as the X factor; a theory that some thoroughbred broodmares have a recessive gene which, when rarely matched to a carrying stallion, would produce foals with much larger hearts (sometimes 2-3 times the size of a regular thoroughbred).  This genetic mutation would actually be of enormous benefit for a racehorse, the same way that having a bigger engine in your truck allows you to pull a bigger rig, or a racecar to accelerate more quickly. For a horse like Secretariat, that meant he could run relatively consistent split times  in the 1.5-mile Belmont without tiring, despite it being the longest and most grueling of the three Triple Crown races.

But the gene was a tricky one to track. As the name suggests, the X factor only mutates on the X chromosome, which all horses (and humans, and ducks and all other animals) inherit from their mother. Males have an X and a Y chromosome, while females have two X chromosomes. When a foal is born, it receives one of its dam’s two X chromosomes, and depending whether it gets its sire’s X or Y chromosome will determine if it is male or female. The result is that there will be few male carriers, and even less males that actually manifest the mutation. This means that a stallion cannot produce hundreds and hundreds of foals with this mutation, only a broodmare with the mutation can produce sons or daughters that will be affected. Ergo, only a few champions throughout history have sported the “reverse grinch syndrome,” or a heart many sizes too big!

Clear as mud?  Let’s take a look again at Secretariat’s lineage to get a real life example, since we know him to be a carrier from his 22-pound heart. Secretariat’s dam was a mare named Something Royal, and her sire, Princequillo, is considered one of modern racing’s primary carriers of the x factor gene, but only his daughters will make foals with the enlarged heart. Writer and founder of the theory, Marianna Haun, originally traced Princequillo’s X factor as far back as a mare born in 1837, named Pocahontas. After verifying Pocahontas with scientific researchers, veterinarians, and thoroughbred breeders, they were able to take the line even further back, first to famous stud Eclipse born in 1764, and then finally to the very earliest traceable ancestor who carried the large heart gene, Hautboy, one of the founding thoroughbred bloodlines in the mid-seventeenth century. 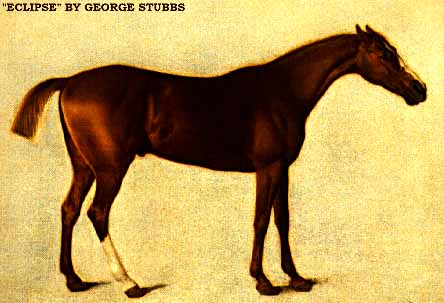 Hautboy would have gotten the mutation from his dam, known to the ages only as “Royal Mare,” which historian Alexander MacKay-Smith says refers to the hundreds of royal mares that were bred by Lord James D’Arcy around 1660. D’Arcy was appointed by Charles II to oversee the Royal Stables and expand a breed of racing horses for England, and the Royal Mares and Hautboy were among these foundation bloodlines. Unfortunately, these royal mares were the end of the road for TB historians looking for the X factor, when the mares had no names. 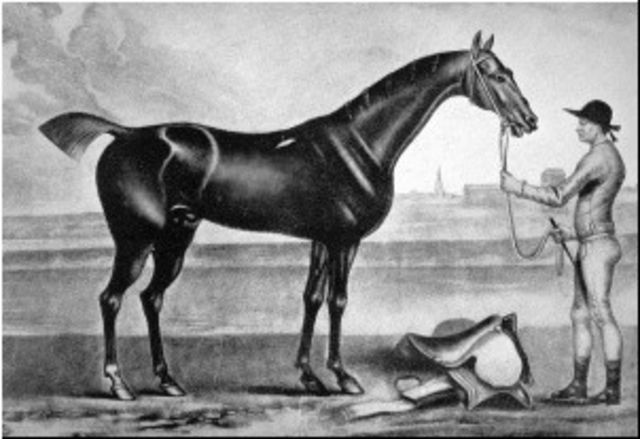 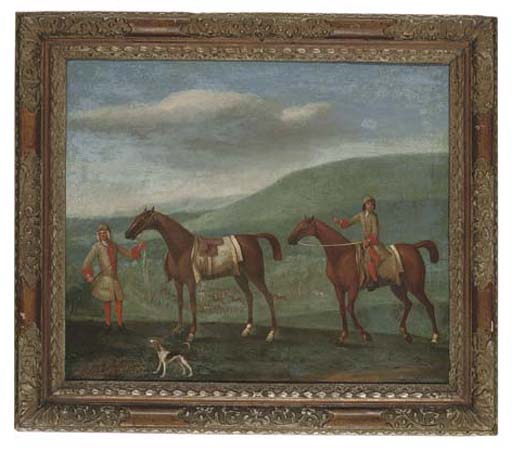 In contemporary racing history (early 20th century to present) there are four thoroughbred racing stallions considered to be major carriers who would have produced X factor horses: Princequillo, who was already mentioned in the lineage of Secretariat; War Admiral, from his dam Brush Up out of Sweep, (Sweep would later produce large hearts in Seattle Slew and Whirlaway); Blue Larkspur, who made a few large-hearted European champions; and Mahmoud, whose X would be carried down to racing and breeding great, Northern Dancer.

As fascinating as it is to get sucked into the power of the X factor gene, every researcher on the project was emphatic that the mutation alone does not a champion make.  There are likely countless thoroughbreds in the world this very minute sporting a Reverse Grinch Heart that are living common lives: a true champion requires soundness, a quality upbringing, exceptional training, an optimal conformation, and more than anything, a true will to run. While the genetic mutation of an enlarged heart may indeed make for a kind of power and endurance beyond the grasp of most horses, the metaphorical heart must be up to the task as well. And not every X factor horse, in fact, perhaps only one in a millennium, will have the “heart” to outrun his nearest opponent by 31 lengths.